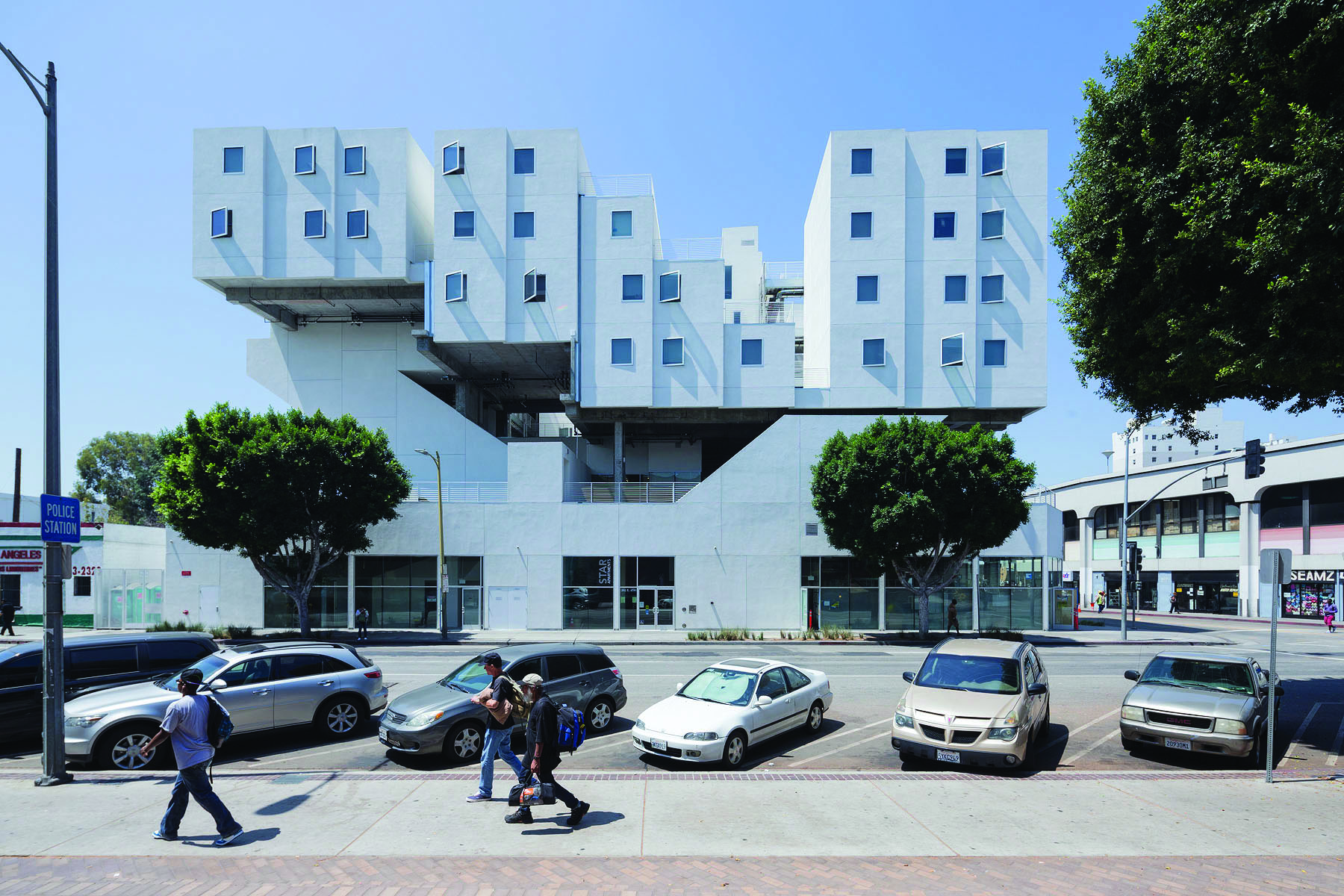 Many architects today are discovering that success doesn’tnecessarily depend on talent, vision or how you apply learned design practices in the real world. Much of one’s success, in fact, relies on an ability to listen to and empathize with the needs of the community you’re trying to serve. And oftentimes, these needs aren’t simple, pretty or cut-and-dried.

Architect Michael Maltzan faced such a situation when he was brought on board to build an apartment building in downtown Los Angeles for the homeless. While many of today’s homeless shelters and low-income houses seem drab and without character or aesthetic beauty, Maltzan’s Star Apartments is just the opposite. The striking modular shaped structure adds visual impact to the neighborhood. And while most homeless housing is focused on the much-needed concept of basic shelter — without extra amenities or attention to detail — Maltzan’s design includes a community space with a state-of-the-art kitchen, an edible garden, exercise classrooms, art studios and a basketball court built on the top level of what was once a parking structure.

“I feel that carefully thought-out designs can contribute to a person’s rehabilitation,” said Maltzan, who understands the power of shelter and safety to help transform a life from uncertain to hopeful. “Whether it’s a single-family home, a museum or a school, you have to bring your highest level of design and focus on what makes the individual program unique."

Residents of Star Apartments describe the feeling of having what most overlook everyday — a front door with a lock, a doorbell, running water — as life altering.

Kenneth Davis is a peer counselor at the Skid Row Housing Trust, which built Star Apartments in 2013. He is also a resident of the complex. “Once I moved in and closed my door, my life flashed before me,” said Davis, who had to transition from a life behind bars and then on the streets to living in his own apartment. “At 49 years old, I finally had my own closed door. This made me feel as safe as others in society. It was phenomenal to hear my doorbell. It was music to my ears. The effect my home had on me: It gave me tranquility. I did not want to go backwards in life ever again.”

Davis returned to school and completed a drug and alcohol studies program and became certified as a mental health peer specialist for the Skid Row Housing Trust. Actions, he said, that are a direct result of having a place he could call home. “I see the same effect of permanent, supportive housing in residents. Eyes glowing in the groups that I facilitate, eager to participate from a good night’s sleep on a soft bed. I’ve seen mental illness and addiction addressed and tackled daily because of the power of a locked door.”

Add in the fact that the Skid Row Housing Trust also provides on-site access to health care and job training services, and that makes Star Apartments, as well as the trust’s two-dozen other buildings, a successful working example of design for social impact. 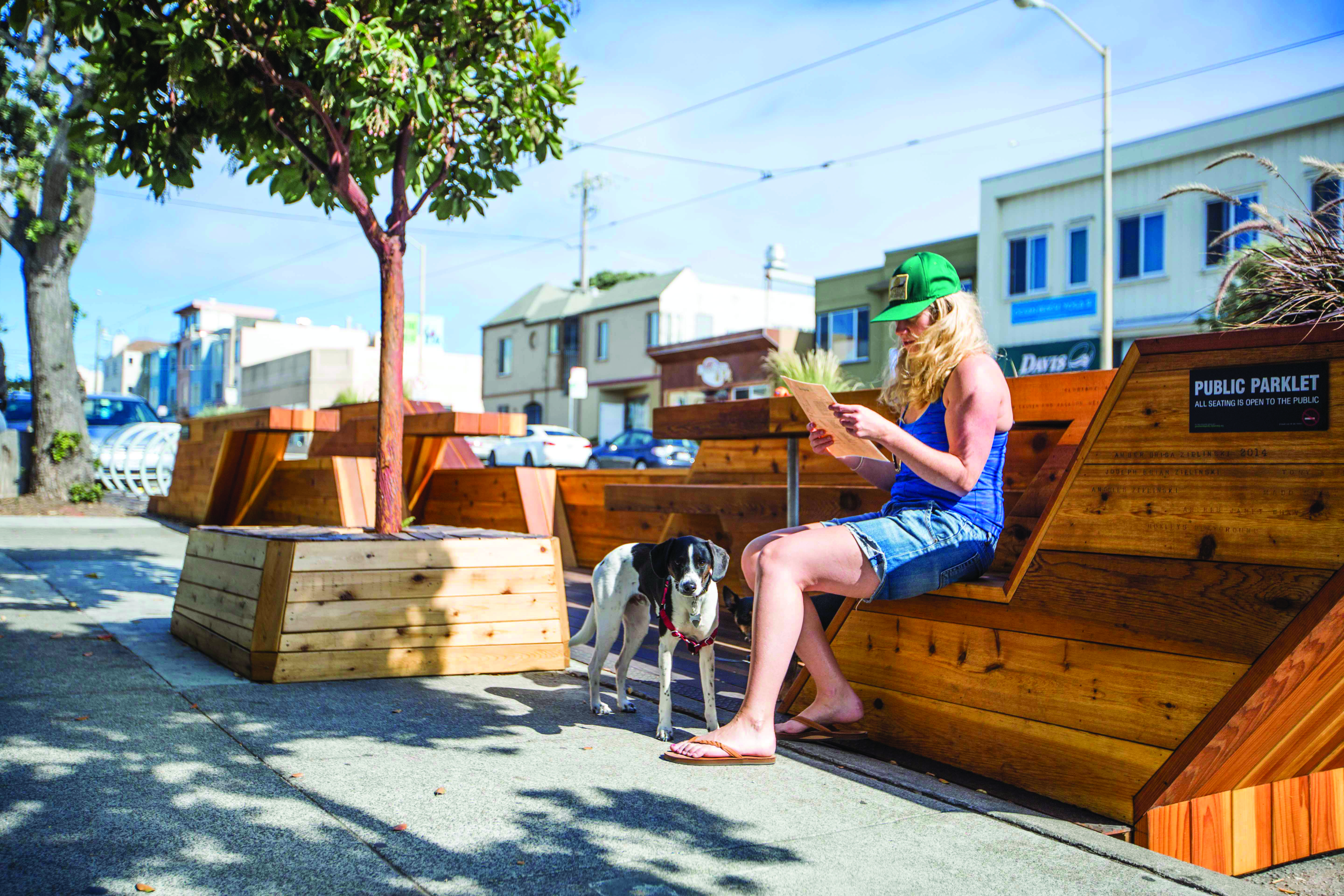 CONNECT, CREATE, CHANGE
This idea that the people you are designing something for have a voice that needs to be heard before you start creating is at the heart of the social impact movement seeping into the world of modern architecture. The notion that improving living conditions and preserving a sense of community for everyone should be paramount before a design is drawn or a foundation laid.

Some of the most mainstream examples of design for social impact do not necessarily tackle such hardhitting societal issues as homelessness, either.

Celebrating its fifth anniversary in San Francisco, Pavement to Parks has made a commitment to converting underutilized street space into urban parklets and plazas that help foster neighborhood interaction, support local businesses and reimagine city streets. Most are temporary interventions, but some, such as the Jane Warner Plaza at Castro and Market streets designed by Seth Boor of Boor Bridges Architecture, have become permanent neighborhood fixtures.

The temporary spaces often occupy parking spots and underused curb space, and add much-needed friendly, colorful and quaint public gathering areas in what might
otherwise be a concrete-centric landscape. The Ocean Avenue Mobile Parklet, for example, made its way up and down San Francisco’s Ocean Avenue, spending six months at one location before it moved to the next.

Designed and built by public high school students who are architecture interns at the Youth Art Exchange in San Francisco, the parklet project introduced students to the philosophies of social impact design to connect community, create commerce and beautify the neighborhood.

In San Francisco’s Outer Sunset District, the Noriega Street Parklet replaces three diagonal parking spots. The unique shape of the space gave designers the opportunity to create two separate, usable areas well suited to the diverse groups they knew made up the community. One is larger and more open for children, strollers and owners and their pets. The other is more protected and intimate for the quieter and older crowds.

In contrast to the Noriega Street Parklet’s angles and sharper edges is the whimsical, elongated design of the Sunset Parklet on Judah Street. If studied close enough for long enough, it looks somewhat like an ancient Viking longship, with modern-day addons, of course, such as a bike rack. Developing the spaces between a business and the street to help make cities more livable: What was once a guerrilla idea has become institutionalized with endless opportunities for access and inclusion.

Parklets are now popping up everywhere, from college campuses in Iowa to spaces across the world in Chile. 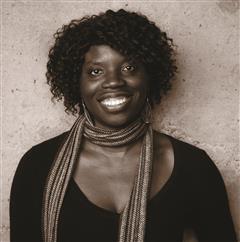 On the more serious side of design for social impact is architect Liz Ogbu of Studio O, who has personally created an entire practice revolving around solving social issues through humancentered design practices. Actively involved in shaping some of the world’s leading public interest design nonprofits, Ogbu is part of the inaugural class of Innovators-in-Residence at IDEO.org, the sister nonprofit of the international design firm IDEO, which supports spreading human-centered design to improve the lives of low income communities across the globe

Ogbu has designed everything from thought-provoking exhibits and resource spaces for day laborers to public sidewalk plazas. She takes great inspiration from the concepts shared by pioneer architect Le Corbusier, who once said, “A house is a machine for living in” as well as “The home should be the treasure chest of living.”

“I have been on this long journey of linking up what is normally taught as architecture and design to the physical and tangibles of the containers in which people live their lives,” Ogbu said. “I want the process to be more active. I want to create more than just the container, giving people more agency to be able to shape it.”

Most recently, Ogbu found herself tackling how to upgrade sanitation services for residents of a remote village in Ghana. While she was there, she observed men, women and children often standing in long lines for public toilets. “We spent a week just talking to the people in their homes,” said Ogbu. “We talked to moms, pastors in churches, staff while they worked, in order to understand what their lives were like in general.”

At the end of this information gathering, Ogbu helped formulate plans to increase access to a pay toilet system in public spaces that would aid in the sanitation issues and generate much-needed revenue.

“The heart of human-centered design is the idea of empathy. It is important to take the time to listen, observe and understand people,” said Ogbu. “Just because someone is poor does not mean that they do not have desires and aspirations.”

Ogbu stresses the value of listening to the challenges and responding with designs that solve problems. “Developing deep empathetic skills and including people as part of the process of design is not social design, it’s just good design,” she added. “Whether you are building a gorgeous tower being paid for by a multibillion-dollar company or working on a toilet project, you are always trying to preserve the beauty of the project and the people it serves.”

By Julie Wolfson. This story originally appeared in the January-May 2016 edition of The Henry Ford Magazine.