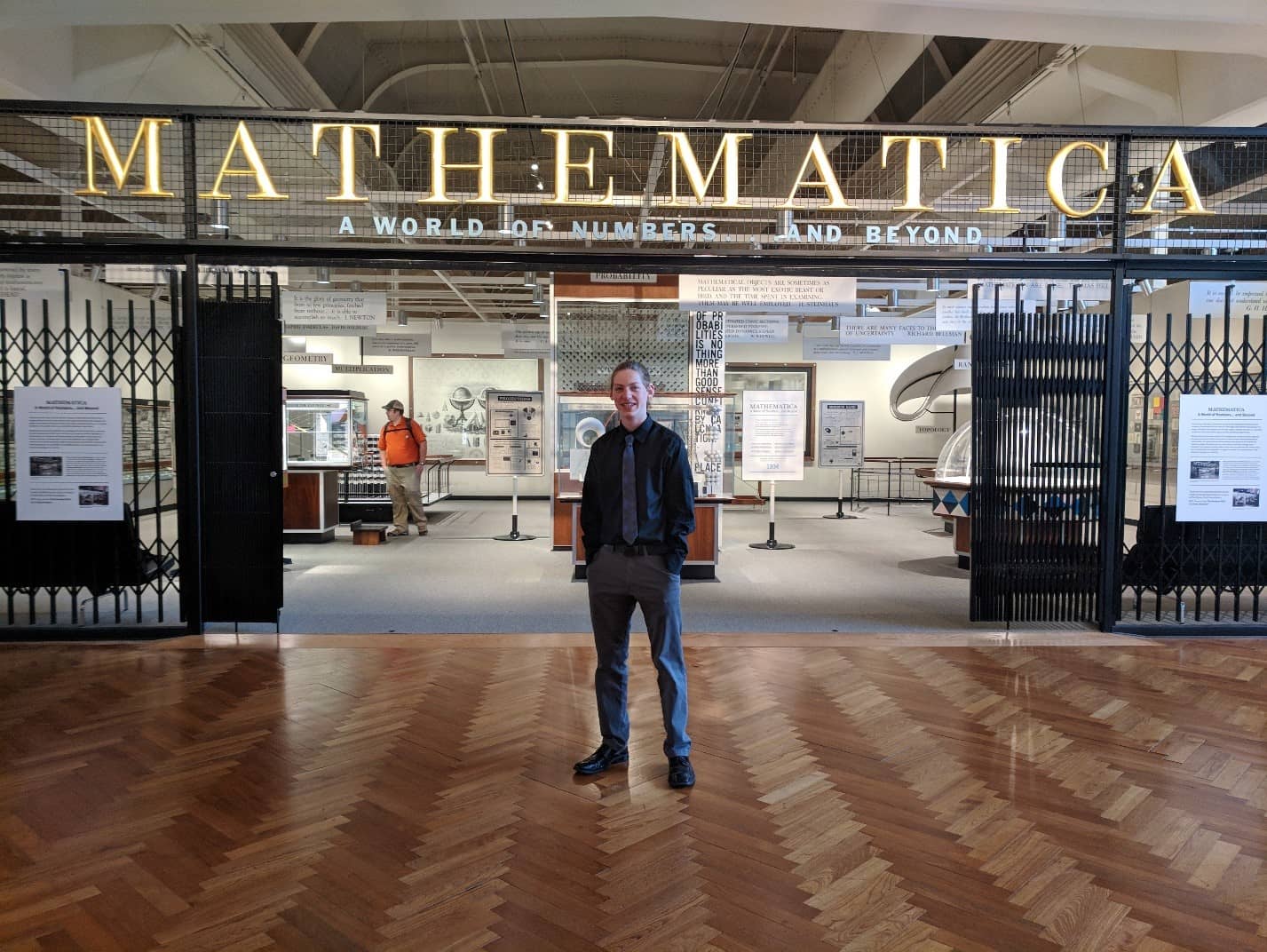 Henry Ford Museum of American Innovation is a place of wonder and inspiration, and this past March and April, it was my privilege to work with staff behind the scenes. My name is Jamison Van Andel, and I am an 11th-grade student at Henry Ford Academy. As part of the school’s curriculum, students are expected to complete a six-week internship with a local organization. While searching for an internship placement, I contacted The Henry Ford in hopes that a curator would be willing to work with me. A history aficionado, I had fallen in love with The Henry Ford and was overwhelmingly curious about the work that goes into a curator’s day-to-day experience.

Dr. Kristen Gallerneaux, Curator of Communication and Information Technology, responded with a project. The Mathematica exhibit, a recent addition to the museum floor, was in need of some background research to improve its representation of diverse mathematicians. I was thrilled to tackle the challenge.

Going into my first week of work, I imagined that curators worked in secluded offices, reading and researching various subjects individually. In actuality, curatorial research is a highly collaborative process. As I met several curators, it became clear that they all bounce ideas off each other as they conduct research.

As I completed more and more research, Dr. Gallerneaux introduced me to the art of writing narratives--capsules of information about an object or topic, in 60 words or less. A delicate exercise, narrative writing requires the author to communicate lots of information on in a terse, but erudite fashion. I found this was especially difficult when I had spent a great deal of time with a subject, because every discovery of my research seemed incredibly meaningful in my eyes. 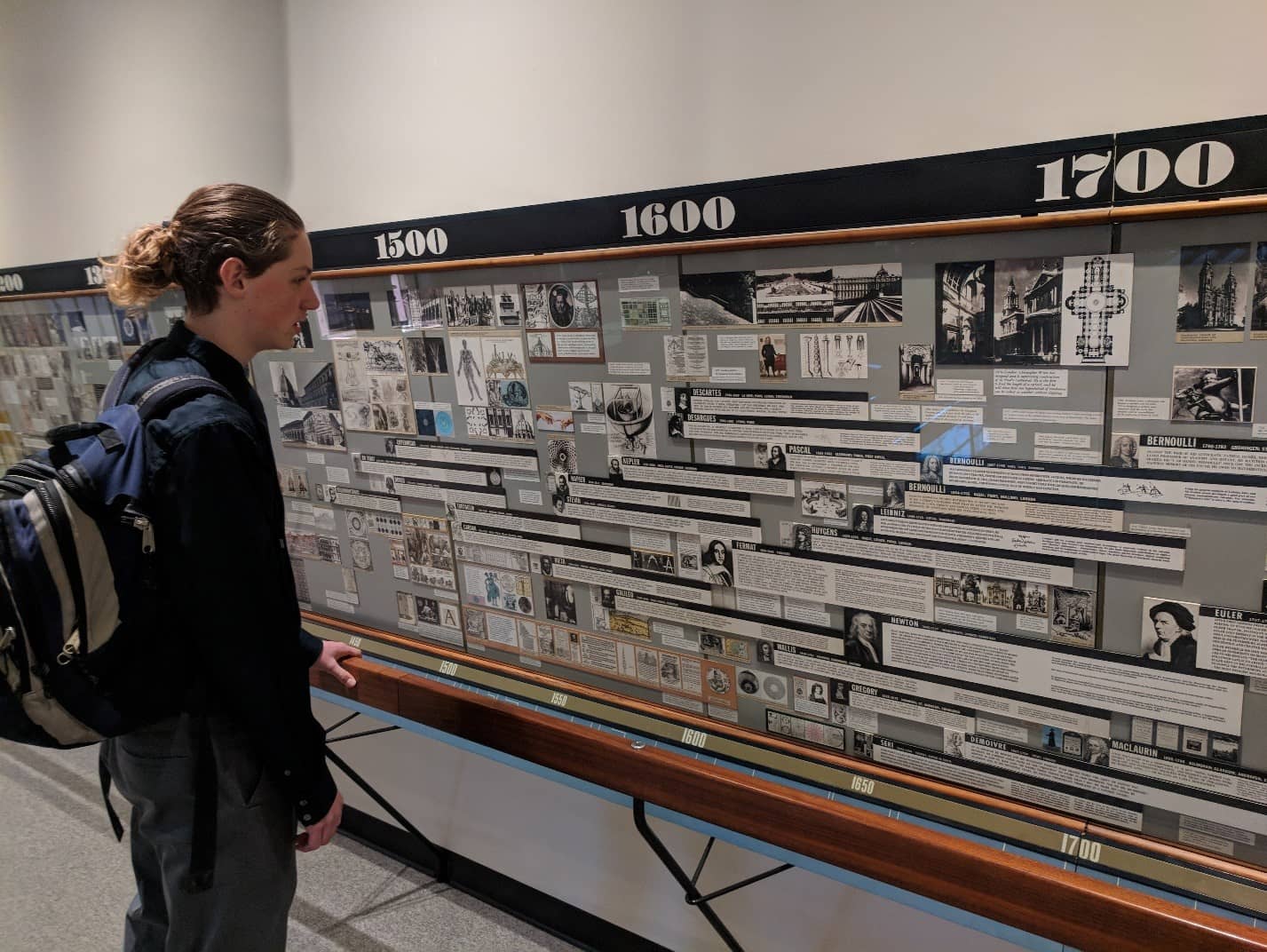 I’m quite fond of the following narrative, largely because Artur Avila was a fun character to research, but also due to the fact that I believe I was able to capture the cultural significance of his achievements as well as their mathematical implications:

Along with his easygoing persona, Artur Avila is known for his remarkable ability to clarify very complex material. Avila, a Fields Medalist in 2014, holds citizenship in both his native Brazil and France. He has become an ambassador for Brazilian mathematicians, working in the dynamical systems field that analyzes the correlation between time and geometrical position of a point.

Later, I composed a narrative about the International Mathematical Olympiad after noting that several of the mathematicians I researched had participated in it. This was an entertaining exercise for me, as many of the Olympiad competitors are close to my own age. Curators often face the challenge of making subjects compelling for all museum guests, and it helps to have several connection points within an exhibit that pertain to different groups. In this case, a narrative about teenage mathematicians might serve as common ground with current-day students.

The International Mathematical Olympiad is the premier contest for high school mathematicians. Held yearly in different countries, the Olympiad invites six-person teams from over 100 countries to participate. Each student individually constructs answers to six problems, with content ranging from complicated algebra to number theory. Winners may receive a gold, silver, or bronze medal as well as an honorable mention.

Besides the research and narrative writing, I was able to attend several curatorial meetings. One particular gathering, a Collections Committee meeting, was especially entertaining. Twice a month, the curatorial team meets to determine what artifacts are to be added to the collection. Humorous, engaging, and thought-provoking, the meeting was the epitome of curatorial work at The Henry Ford. I left with a concrete idea of the qualities an artifact must have in order to fit into a museum’s mission. 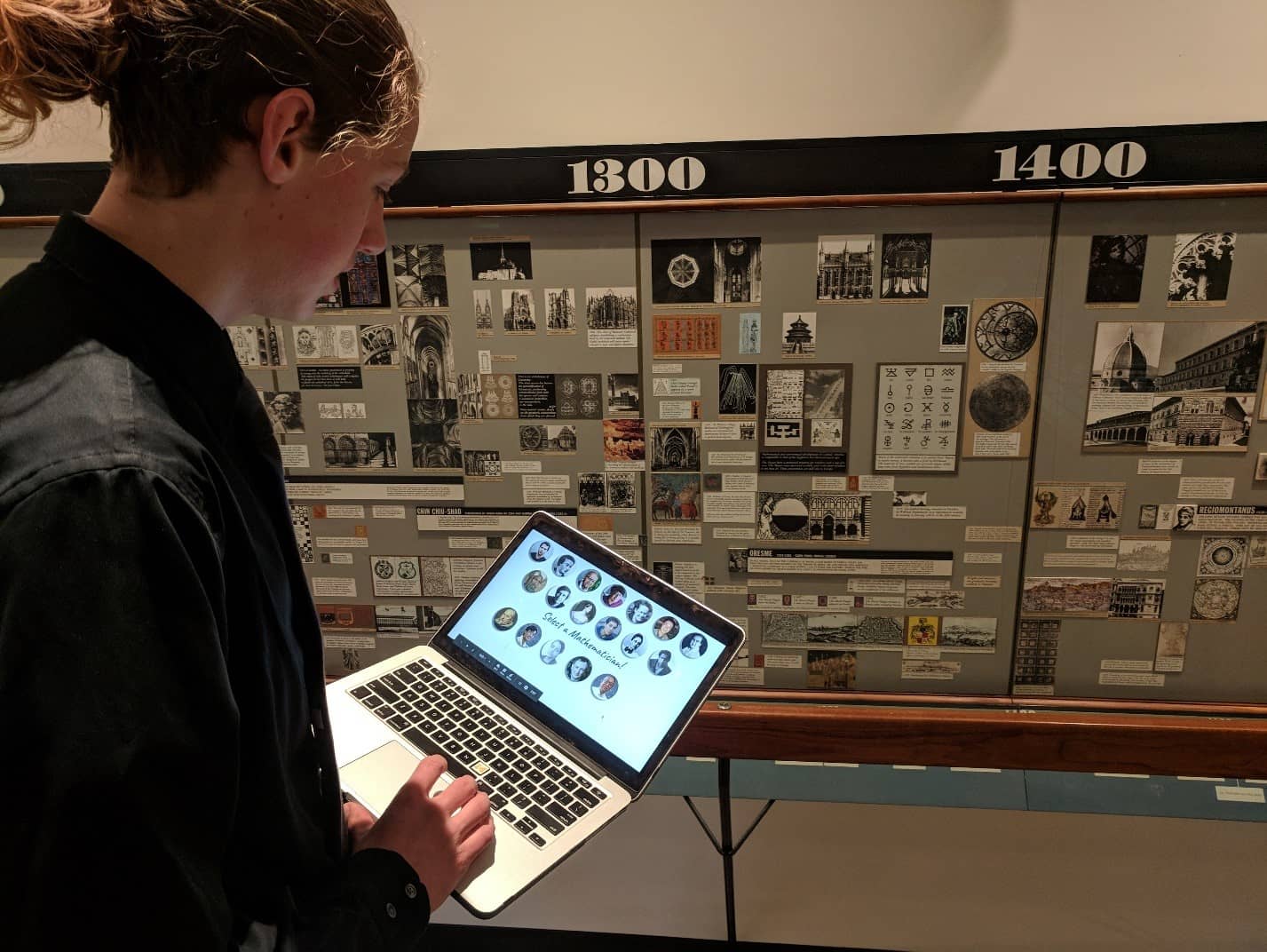 After compiling a portfolio of 20 narratives, I arranged them in a digital platform that serves as a prototype for a future digital project that will support the interpretation of the Mathematica exhibit. The capstone project of my internship, it presents the narratives in an interactive way for guests to experience, similar to many of the digital resources currently on the museum floor. For now, the finished narratives will be stored in the museum’s database for future implementation, with the eventual goal that guests will be able to interact with this information.

An absolutely unforgettable experience, the internship gave me an extensive, behind-the-scenes look at the inner workings of a world-class museum. The intentionality with which everything was done was remarkable to someone who often only sees the finished product. It was an honor to work beside the masterminds responsible for making The Henry Ford the wonderful, inspirational place that it is.