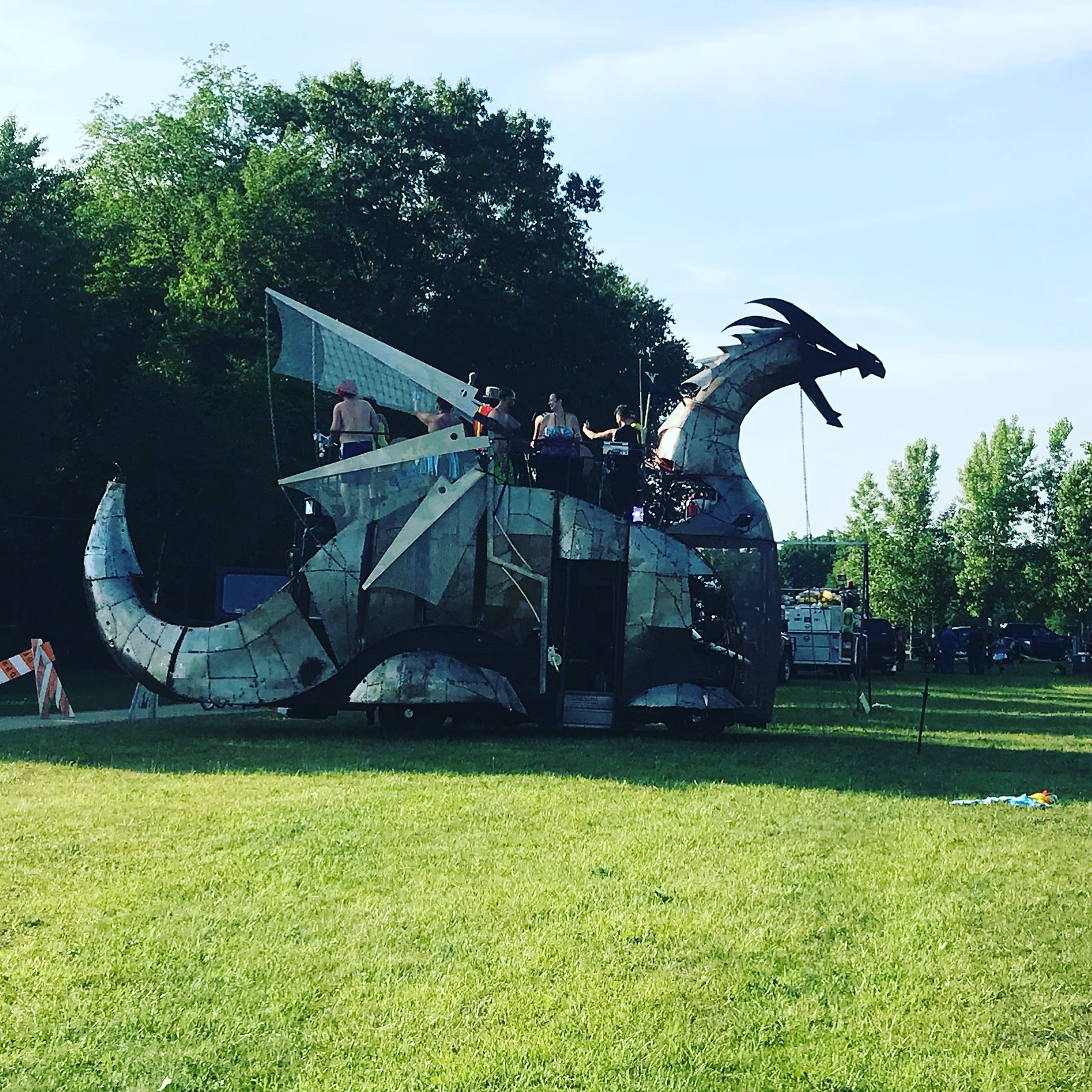 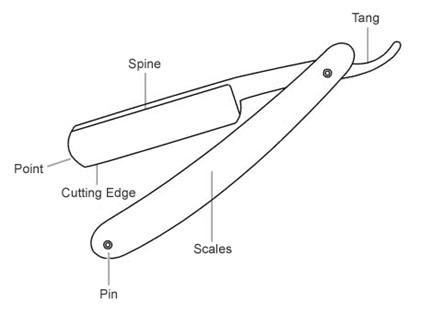 Since we had made the dragon entirely out of steel, we didn't have a whole lot of experience with aluminum, but knew it was the right material for the job. We decided to try CNC plasma cutting it, even though we had never done it before. We loaded the design files into the computer, and it made a great test cut. Then, 20 minutes into the actual cut, everything went pear shaped. The torch depth sensor had failed to determine where it was located, and rammed the torch into the material, snapping the torch head in half. This was an expensive mistake. 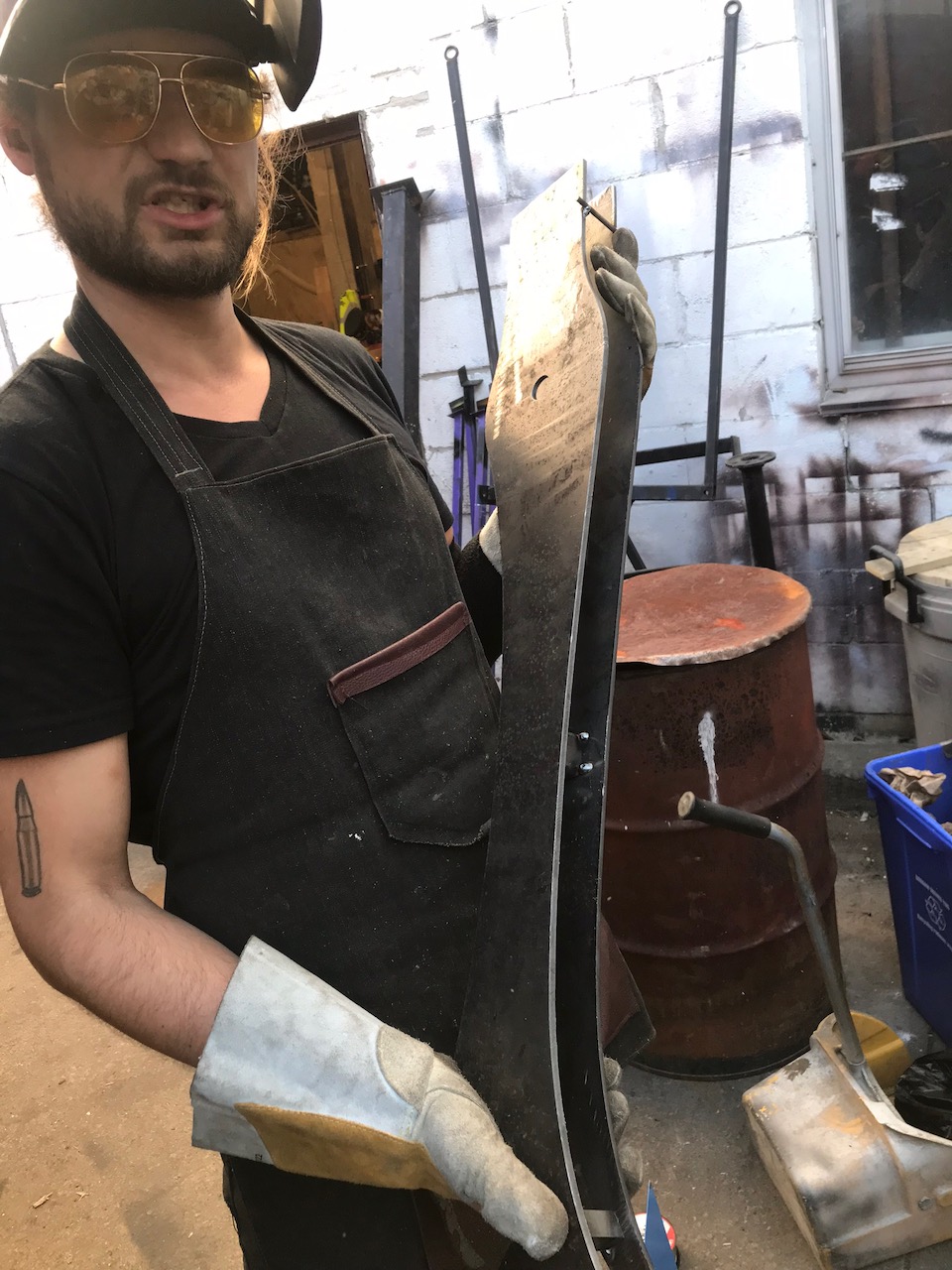 Return to the CNC Table

While the torch was being repaired at the other shop, we decided to give it a shot at our own shop, which has a CNC router. With a ton of help from Alex Borins, we were able to cut out and rivet together the necessary pieces of aluminum to sheath the "dragon fingers." We were also able to repurpose some of the original wing mesh by cutting it in triangles and riveting it to the fingers.

Matt realized that if the wing was going to need to fold, the fingers would have to be slightly offset so each finger would slot inside each other. We also agonized for quite a bit about how to exert the downward force on the tang to make the fingers pivot upward, and decided the best tool for the job was also one of the simplest: a hand winch. This allows just about anybody to easily crank the wings up and down and makes the dragon kind of like a giant mechanical puppet. We love the effect of the slowly rising wings, and the sound is like a medieval drawbridge! 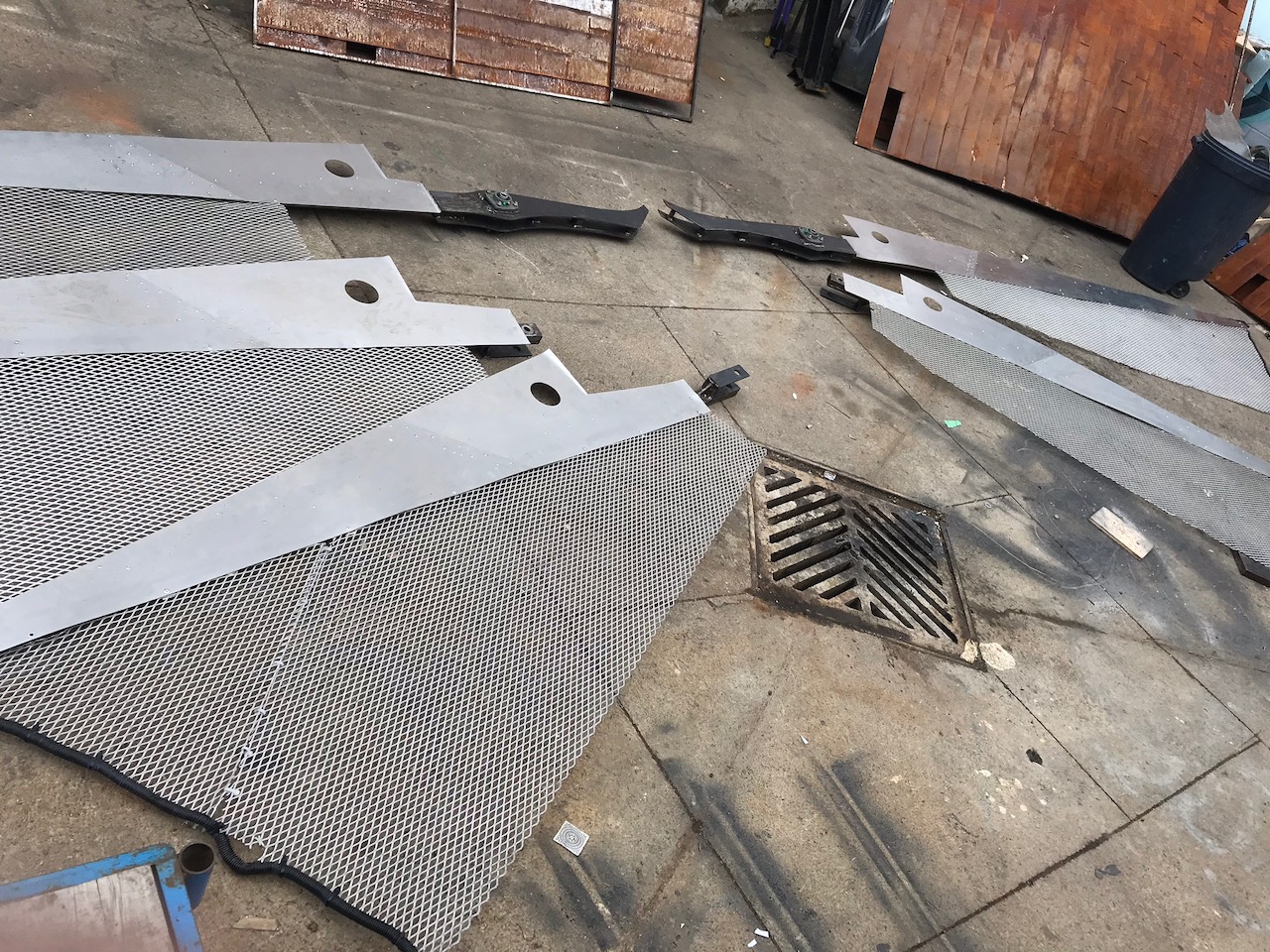 We can't wait to show you our brand new wings at The Henry Ford.