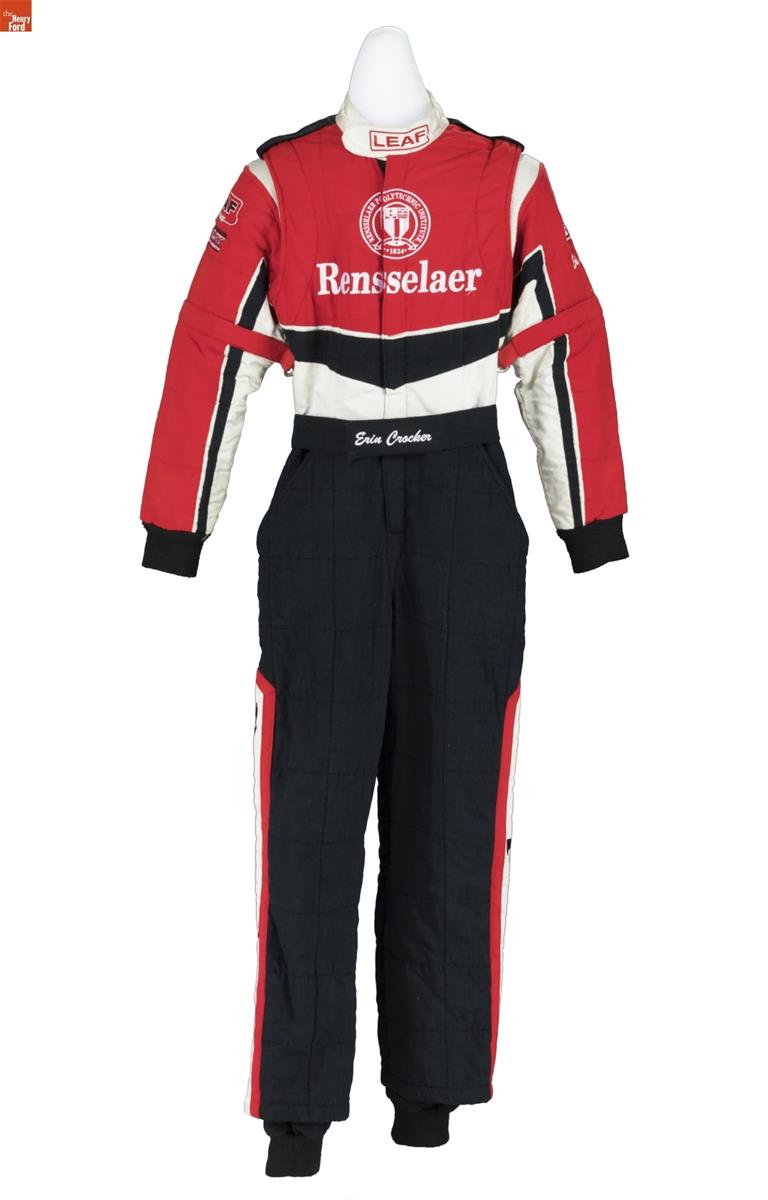 Erin Crocker, the youngest of five siblings, was born in Wilbraham, Massachusetts, on March 23, 1981. Her father William encouraged Erin’s brothers to share his passion for racing and was pleasantly surprised when Erin also showed an interest in the sport. She started quarter midget racing in 1988, at the age of seven, winning numerous events and being named the Most Improved Novice her first year racing.

Throughout middle school and high school, Crocker continued to collect accolades, racing quarter midgets, mini sprints, and sprints. Her athleticism wasn’t confined to racing, however, as Crocker established herself as a star high school athlete, playing varsity lacrosse, tennis, and soccer and being a member of the ski team.

Crocker began racing professionally while attending college at New York’s Rensselaer Polytechnic Institute, finding time to focus on schoolwork and play varsity lacrosse during the week, while still being able to race on weekends. In 2003 she graduated with a degree in industrial and management engineering and continued successfully racing sprint cars, while Rensselaer sponsored her World of Outlaws endeavors.

By 2004, Crocker caught the attention of Ford’s driver development efforts and she was invited to participate in their program, with hopes of breaking into NASCAR. Crocker opted not to go with Ford in 2005, but accepted a position with Evernham Motorsports, becoming the first woman to enter its driver development program. While with Evernham Motorsports, she was able to gain experience in the ARCA, Busch, and Craftsman truck series, which helped make a name for herself in the world of racing.

In fact, the Biography Channel featured Crocker during an episode of their 2006 series NASCAR: Driven to Win. The series, produced in conjunction with NASCAR, profiled young, up-and-coming drivers to show their lives on and off the track as they dealt with the everyday realities of competitive racing.

However, Crocker found herself without a sponsor after Evernham Motorsports decided to close the #98 team following the 2006 season. She continued to race in a few truck series events in 2007, as well as volunteer for the Make-A-Wish Foundation. She provided her racing insights when she jumped into the SPEED Channel’s broadcast booth for a September 2008 ARCA/REMAX race.

In August 2009, Erin married Ron Evernham, a well-known individual within the racing community. Evernham is currently a co-owner of Gillett-Evernham Racing, an ESPN analyst, owner of the East Lincoln Speedway outside Charlotte, North Carolina, and proprietor of Ray Evernham Enterprises, which includes a museum and auto shop.