Exploring the Origins of Idioms

Language helps fulfill the human need to be understood, but what happens when you can’t find the precise word to express yourself? When one word just doesn’t do justice to the situation or emotion you are trying to convey? In these circumstances, we often turn to figurative language, like metaphors, hyperbole, or symbolism. These non-literal tools give our speech and writing color, drama, and often a specificity that is hard to achieve with more direct language.

One such linguistic tool is so frequently used that it tends to “fly under the radar.” An idiom is a non-literal expression whose meaning cannot be deduced from the true meaning of its individual words. It comes to have its own meaning. But the concept is more easily understood by examples of its usage—like “raining cats and dogs,” “grab the bull by the horns,” “get cold feet,” or “cost an arm and a leg.” These phrases only make sense because of our association with them. Today, taken literally, they have no understandable meaning. However, when they were first used, the situation described would have been familiar enough with others to resonate and repeat.

Idioms are democratic. Although perhaps invented by one person, that one person cannot force an idiom into the lexicon. The expression has to connect with enough people to gain momentum and spread. Eventually, the idiom’s origin story is often forgotten, divorced from the expression—and yet, sometimes, the idiom and the expression it conveys remain.

Above all, the persistence of idioms demonstrates that the words we use matter. They attest to our need for connection—their precision allows for shared experience or shared understanding. Idioms both evidence and activate human imagination.

A survey of The Henry Ford’s collection reveals idioms in every corner. Certain objects inspired or played a role in the origin stories of idioms. Other objects integrate idioms, and still others serve to illustrate them.

Mad as a Hatter

Someone who is behaving unpredictably; insane 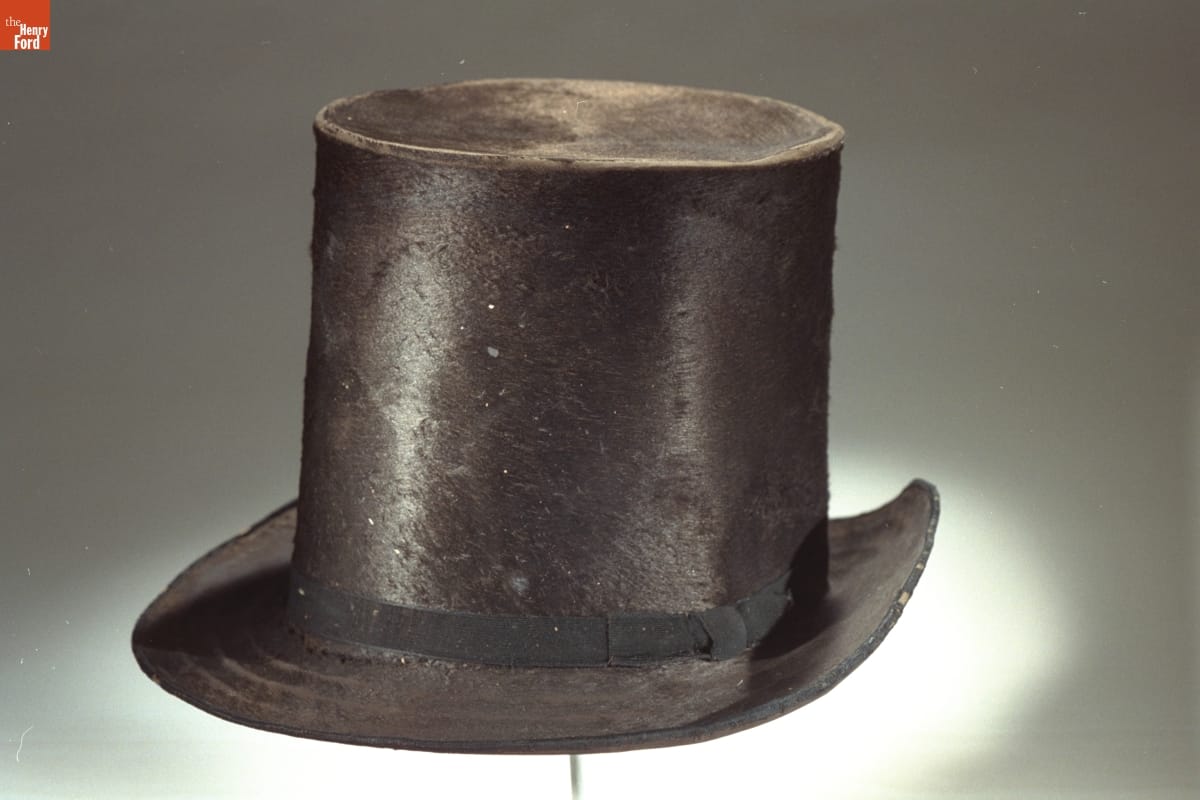 Hatmakers from the 18th through early 20th centuries used the toxic substance formally named mercurous nitrate to turn an animal hide into the felt used to make hats, especially top hats. Mercury is a cumulative poison—the longer and more often one is exposed, the more it builds, and symptoms worsen. Prolonged exposure can cause mood swings, loss of coordination, memory loss, paranoia, and erratic behavior. Many hatmakers experienced the symptoms of acute mercury poisoning—but were thought to have gone insane or “mad as a hatter.” By late December 1941, the use of mercury in the felt industry was banned by the United States Public Health Service, but the concept of a “mad hatter” was properly solidified in the English vernacular.

Lewis Carroll’s novel Alice’s Adventures in Wonderland, published in 1865, popularized the caricature in the portrayal of the Hatter. By the time Carroll wrote the novel, the idiom was in common use.

Fly by the Seat of Your Pants

To improvise by instinct 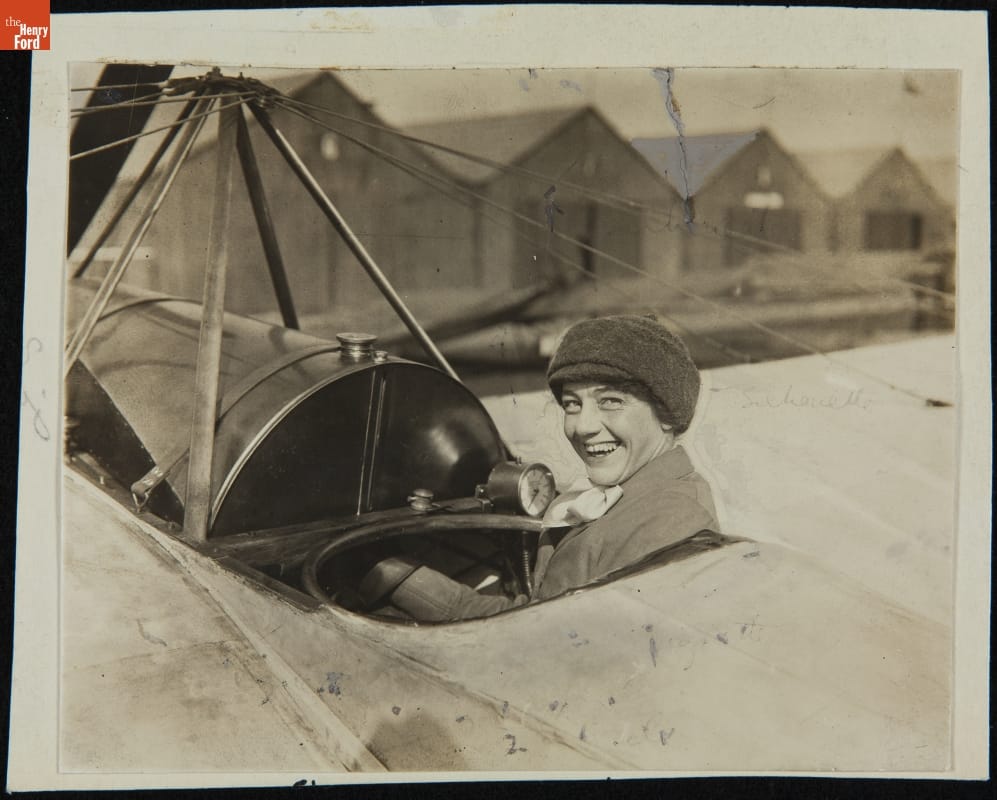 Prior to the widespread use of reliable aviation instruments, pilots were at the mercy of the weather. Assessment of cloud cover and potential storms were vital in the early days of flying, when encapsulation of an aircraft by thick cloud or dense fog could have fatal consequences. The thin air and inability to see could become disorienting. When overtaken by rough conditions, a skilled pilot would “fly by the seat of their pants.” They flew by instinct and feel—and their backside, or the seat of their pants, made the most physical contact with the airplane.

The Time Is Ripe

It is the most favorable time 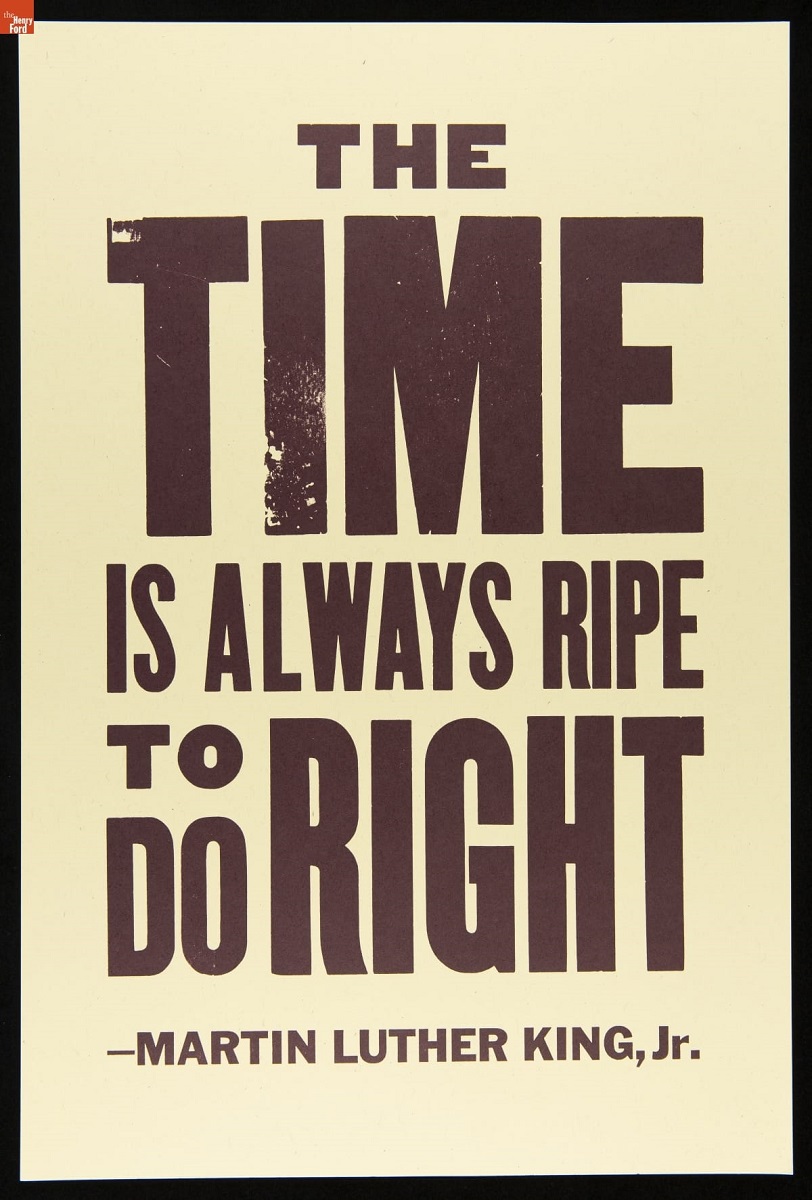 Perhaps unsurprisingly, this idiom has agricultural roots. While substituting “right” for “ripe” maintains the meaning of the expression, there is a loss of specificity that the idiom allows. For example, when an apple is perfectly ripe, it is sweet with a satisfying crunch. When it passes peak ripeness, it begins to rot. The sweetness becomes cloying, and the crunch turns to mush. Moreover, one rotten apple begets another and another. As poet Geoffrey Chaucer wrote, “A rotten apple’s better thrown away before it spoils the barrel.” “The time is ripe” implies that not only is the time right, but that it is the perfect time—and that waiting has consequences.

This famous quote by Martin Luther King, Jr., was printed on a protest poster following the brutal murder of George Floyd by police in May 2020. King used the idiom to promote urgency in a 1968 speech at the National Cathedral in Washington, D.C., “Remaining Awake Through a Great Revolution”:

“It may well be that we will have to repent in this generation. Not merely for the vitriolic words and the violent actions of the bad people, but for the appalling silence and indifference of the good people who sit around and say, ‘Wait on time.’ Somewhere we must come to see that human progress never rolls in on the wheels of inevitability. It comes through the tireless efforts and the persistent work of dedicated individuals who are willing to be co-workers with God. And without this hard work, time itself becomes an ally of the primitive forces of social stagnation. So we must help time and realize that the time is always ripe to do right [emphasis added].”

To work late into the night 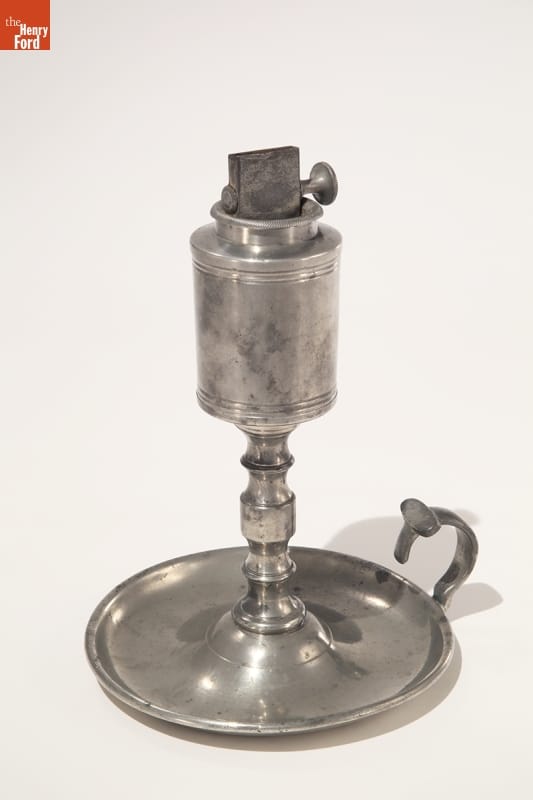 Before the invention of gas-powered lamps (or later, electricity), candles or oil lamps were used to illuminate the darkness. Poet Francis Quarles refers to “mid-night oil” in Emblem II of his 1635 book Emblemes:

“We spend our mid-day sweat, our mid-night oil,
We tire the night in thought; the day in toil.”

College students today might “burn the midnight oil” while “pulling an all-nighter.” Although oil lamps were superseded by kerosene lamps in the 19th century, and then by electricity in the 20th, the expression remains in use, but may be well on its way to obsolescence.

To prepare the way; to do something to relieve tension 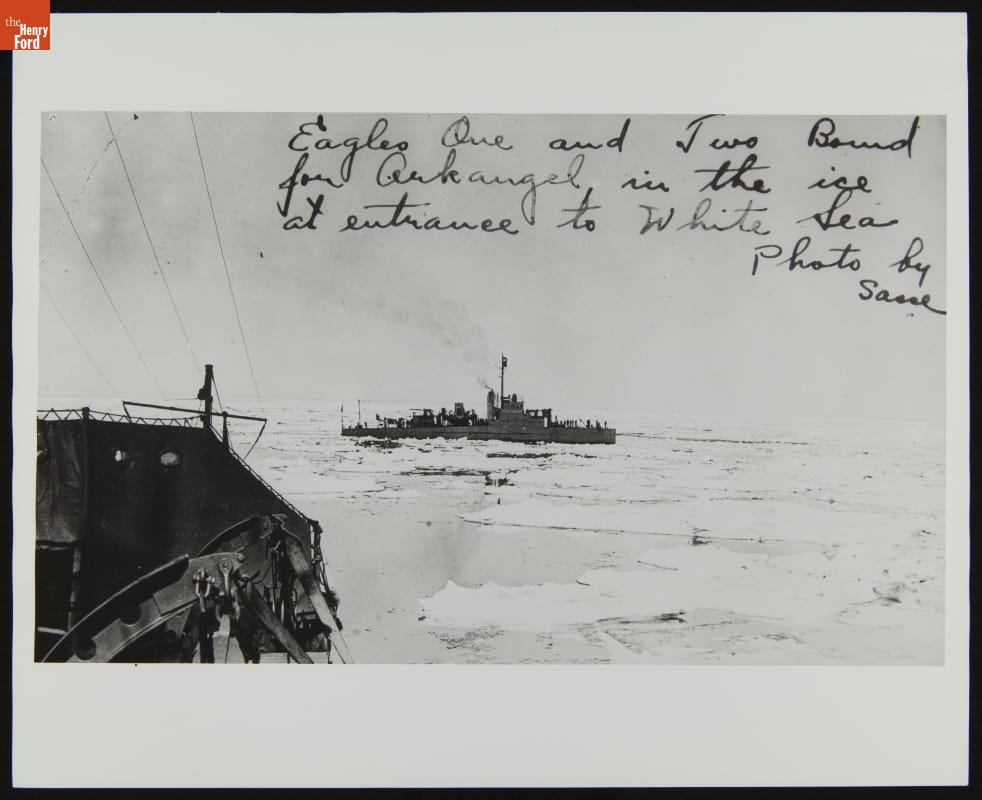 A still-relevant, centuries-old idiom is “break the ice” or “ice-breaker.” Referring originally to the physical breakage of the frozen surface of a body of water to allow a boat’s passage, it quickly became a resonating figurative expression, seemingly ready-made for its idiomatic use. The phrase has become a favorite of authors and playwrights, used from the 16th century up to the present. Nowadays, “ice breakers”—in the form of a personal question or group activity—are often used at the start of a class or meeting to relieve nerves and get participants involved.

To deal with a situation gently or carefully 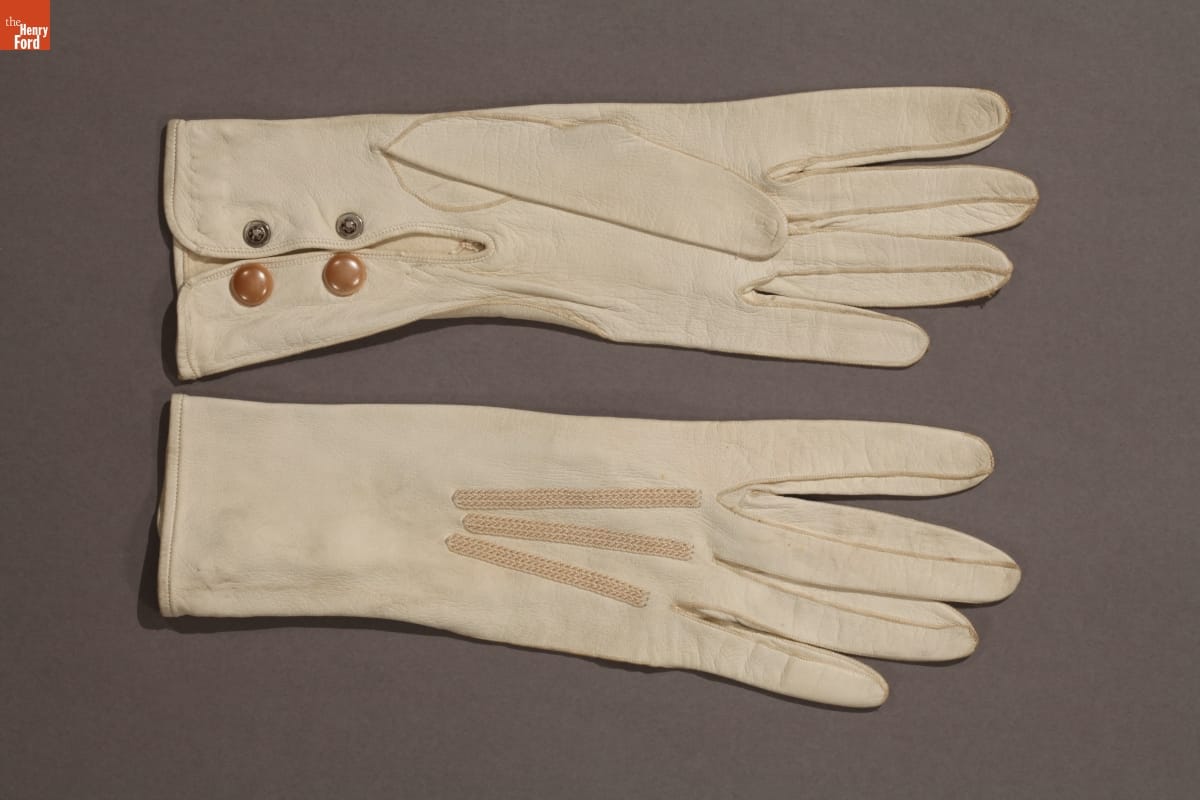 Some of the finest leather gloves are made of kidskin or kid leather—made from the hide of a young goat, called a “kid.” Kid leather is especially soft and thin, so the wearer of kid gloves must handle objects carefully so as not to scratch or rip the leather. To “handle with kid gloves” means to handle a situation carefully, as one would if wearing fine, fragile gloves. 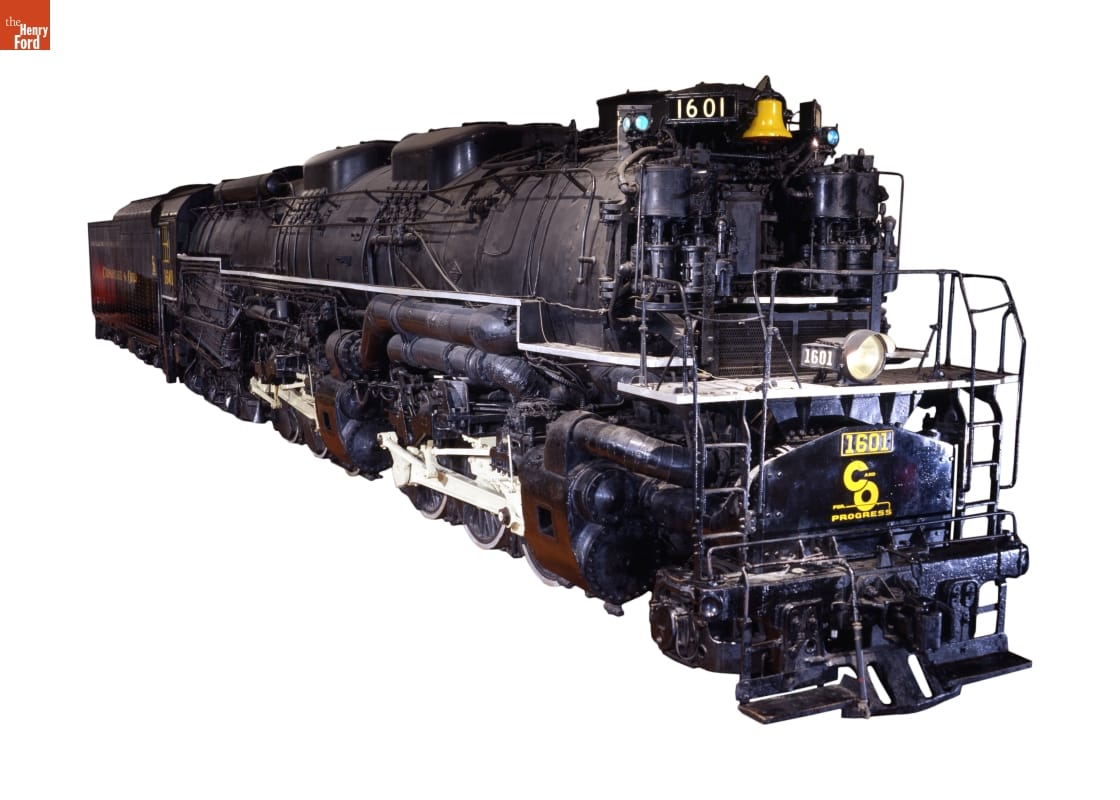 Standing next to the Allegheny steam locomotive in Henry Ford Museum of American Innovation, you can almost feel its physical power—even when static, unmoving. The Chesapeake & Ohio Railway’s Allegheny steam locomotives were incredibly powerful, featuring an output of 7,500 horsepower. They were designed to pull heavy, loaded coal trains up and over the Allegheny Mountains. These trains had a steep climb to the summit, but the 771,000-pound giants had enough traction to “make the grade.”

Although many people queried today might point to academics as the origin of the idiom “make the grade,” the phrase comes from a train’s ability to successfully climb a hill—or gradient.

To move quickly from webpage to webpage 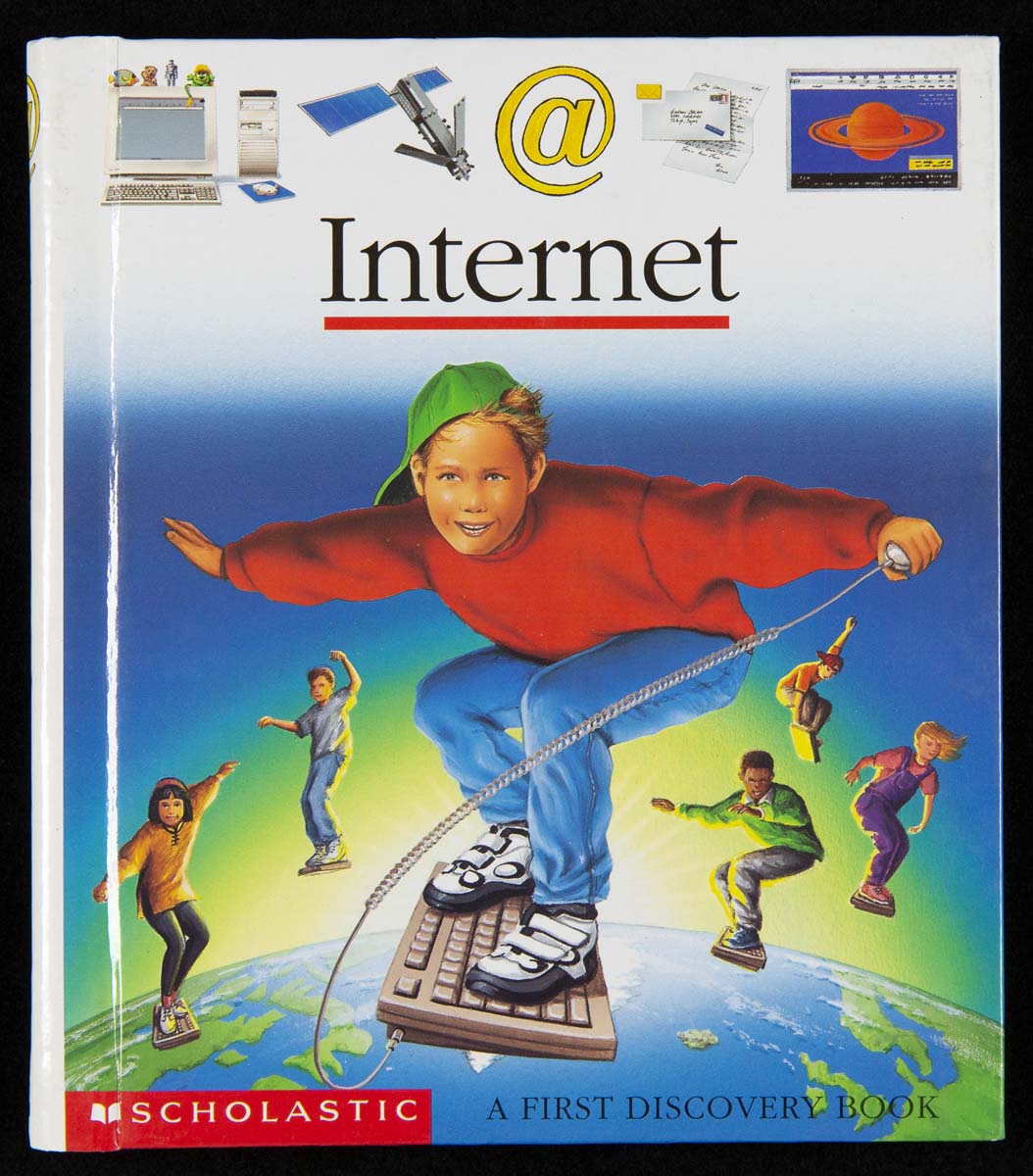 A librarian is to be credited with the perfect ‘90s slang idiom: “surf the net.” Jean Armour Polly was one of the first librarians to prioritize free Internet access in a public library setting. An assistant librarian in 1981, Polly advocated for the Liverpool Public Library of Liverpool, NY, to make computer and Internet access available to the library’s patrons. She faced backlash from traditional librarians who saw the Internet as a threat to books and other printed matter, but worked to convince others that the Internet could be a resource for learning.

Polly’s 1992 guide for a library journal, titled “Surfing the Internet: An introduction,” used surfing as a metaphor for using the internet. She recalled that she felt it appropriate because, “It’s hard. You need some skill. You never know if there are going to be sharks.” The phrase “surfing the net” quickly caught on and spawned variations, like “net surfer.”

She later wrote a book—Net-mom’s Internet Kids & Family Yellow Pages—which became a best-selling resource for families looking to provide fun and safe educational internet access for children. In 2019, Polly was inducted into the Internet Hall of Fame. 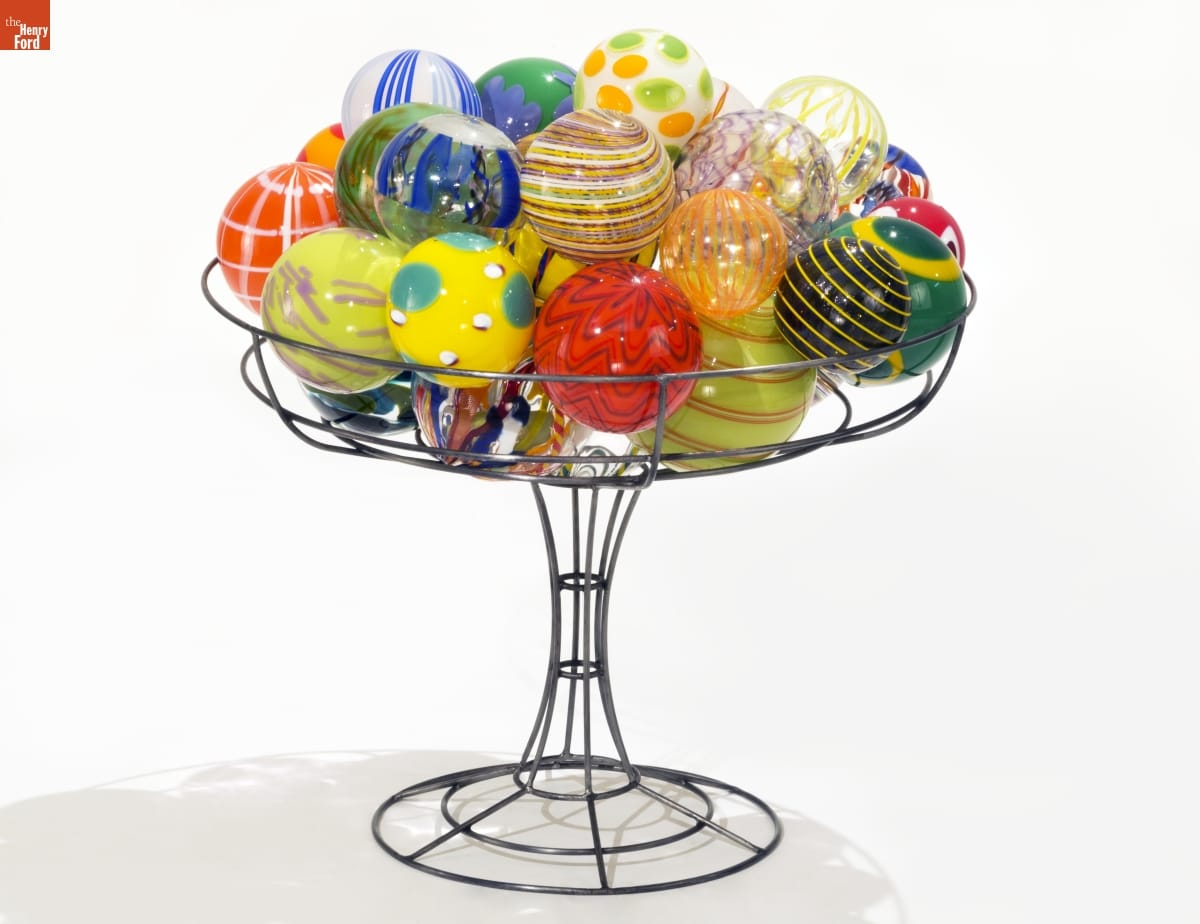 Glass artist Ginny Ruffner was in serious car accident in 1991. She awoke after weeks in a coma, but was partially paralyzed and suffered significant memory loss—including about her own identity. She recalled, “I was terrified. My mind was like a big empty house that you knew you used to live in." In order to stimulate her memory, friends—fellow studio glass artists—sent Ruffner a bouquet of “eye candy”—blown glass orbs of brilliant color and pattern, individually crafted by her friends and loved ones. This eye candy surely would have stimulated Ruffner’s spirit as well as her memory.

Ruffner eventually made miraculous improvements and just a year later, was back at work creating glass sculpture, persevering through vision issues, lingering paralysis in her dominant hand, and the challenges of being confined to a wheelchair.

The idiom “eye candy” is often used today to describe a superficially attractive person or object. This use of “eye candy” is a slightly more literal use of the non-literal phrase—the orbs look like pieces of candy in a dish, but for your eyes! Also, the meaning of “superficial” here may refer to its definition of “occurring at the surface.” These blown glass orbs are only attractive at the surface because, of course, nothing lies beneath the surface—just air.


Katherine White is Associate Curator at The Henry Ford.