Ford Ambulances for the Red Cross

Ford Motor Company devoted its employees and manufacturing facilities to military production during both of the 20th century’s world wars. Ford’s efforts in World War I were slow to start, given Henry Ford’s outspoken opposition to the conflict, but once the United States declared war on Germany in April 1917, the automaker rose to the challenge. Over the next two years, Ford built passenger cars, supply trucks, aircraft engines, gun caissons, tanks, helmets and body armor. Ironically, one of Ford’s best-known wartime products, the Eagle anti-submarine boats, never saw action before the Armistice. However, the factory that built the Eagle boats subsequently became the core of Ford’s River Rouge plant.

Ford’s efforts for World War II were greater still. Like other American automakers, the company suspended all civilian production in February 1942. Ford famously turned out B-24 bombers at its Willow Run facility, but it also produced a variety of wheeled vehicles including jeeps, amphibious cars, armored cars, trucks and tanks. Ford’s non-vehicle production included military gear of every type, from aircraft engines to guns to helmets to tents. 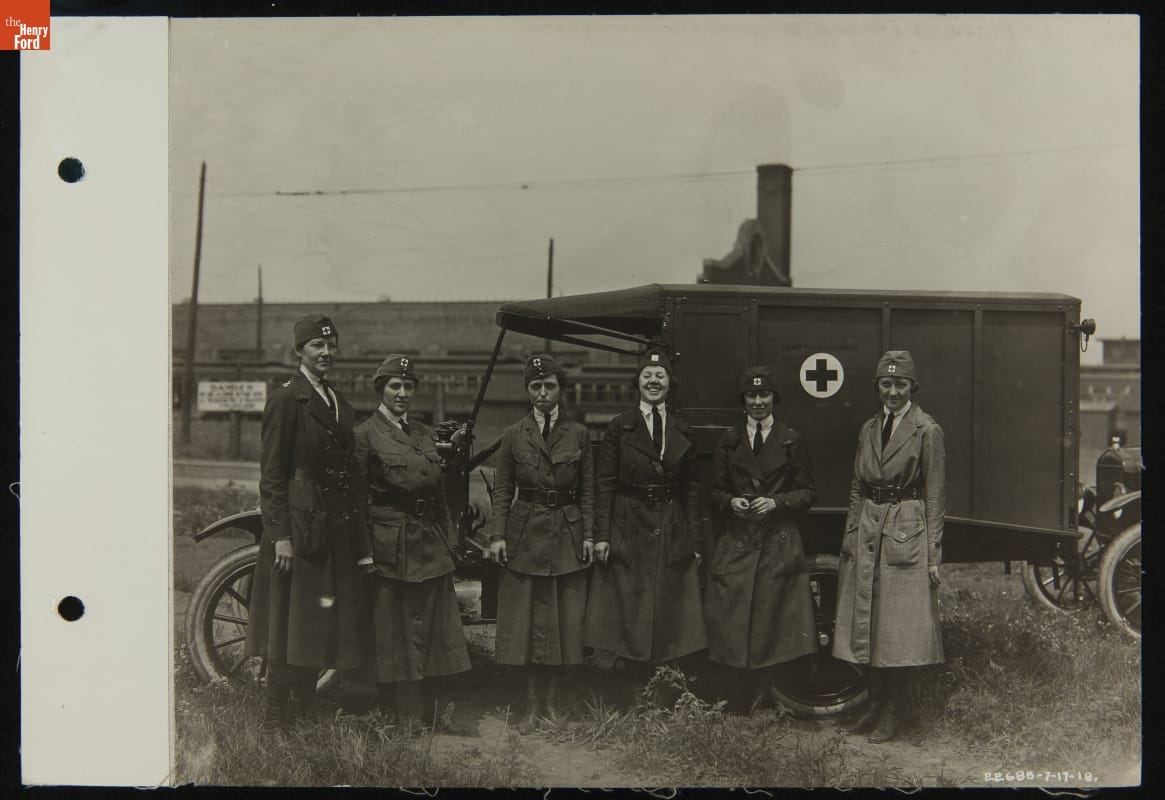 Needless to say, ambulances were among the most crucial vehicles used in both wars. During World War I, Ford personal collaborated with the United States Surgeon General’s Office and frontline drivers to design a Model T-based ambulance ideal for battlefield conditions. The company donated $500,000 to the Red Cross, enabling the humanitarian organization to purchase nearly 1,000 vehicles for wartime use – including 107 ambulances. Beyond those Red Cross units, another 5,745 ambulances were built for the Allied armies. 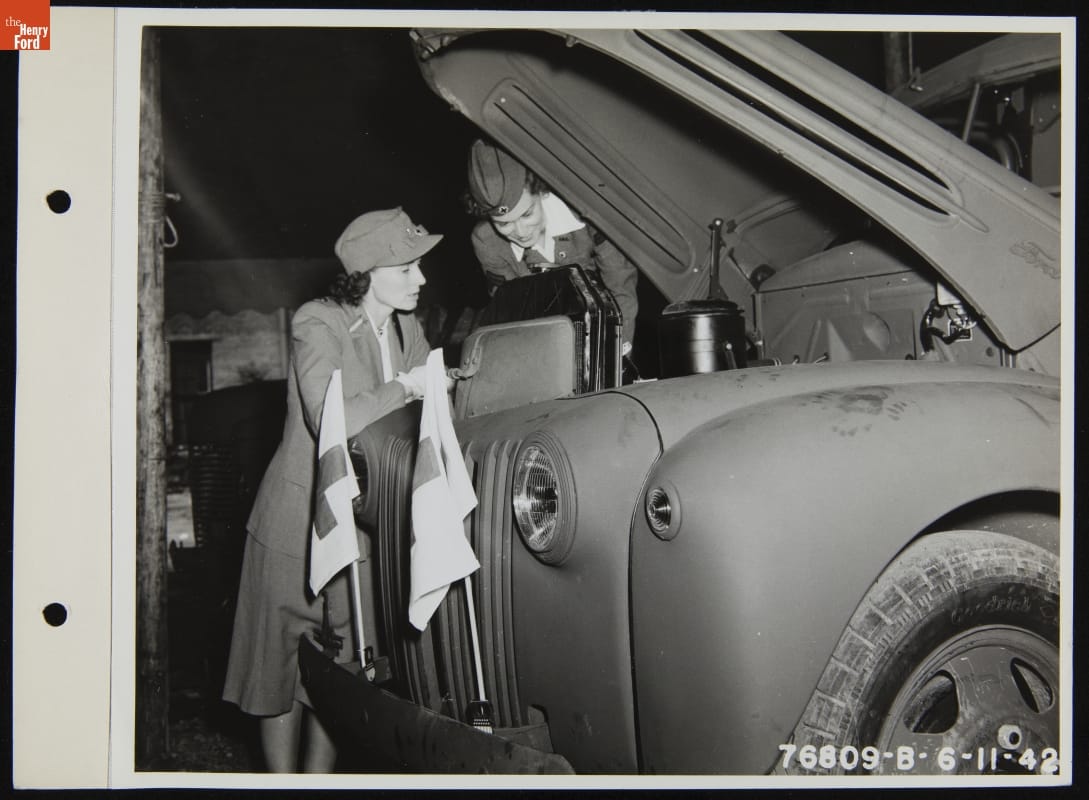 Dodge produced most of the frontline ambulances used by American forces in World War II, but Ford units were active on the homefront. The Red Cross’s Motor Corps, established in World War I, rendered important service during the Second World War as well. Corps drivers working in the United States ferried Red Cross staff and supplies, couriered packages and messages, and occasionally stepped in to assist with Army and Navy transportation needs. An estimated 45,000 women were active in the Motor Corps during World War II. Corps members generally drove their personnel vehicles in this service, but Ford-built ambulances were also used in the transport of the sick and wounded.

In honor of National Red Cross Month, take a look at our digital collections to see more artifacts related to the organization.