How Did World’s Fairs Encourage Playfulness? 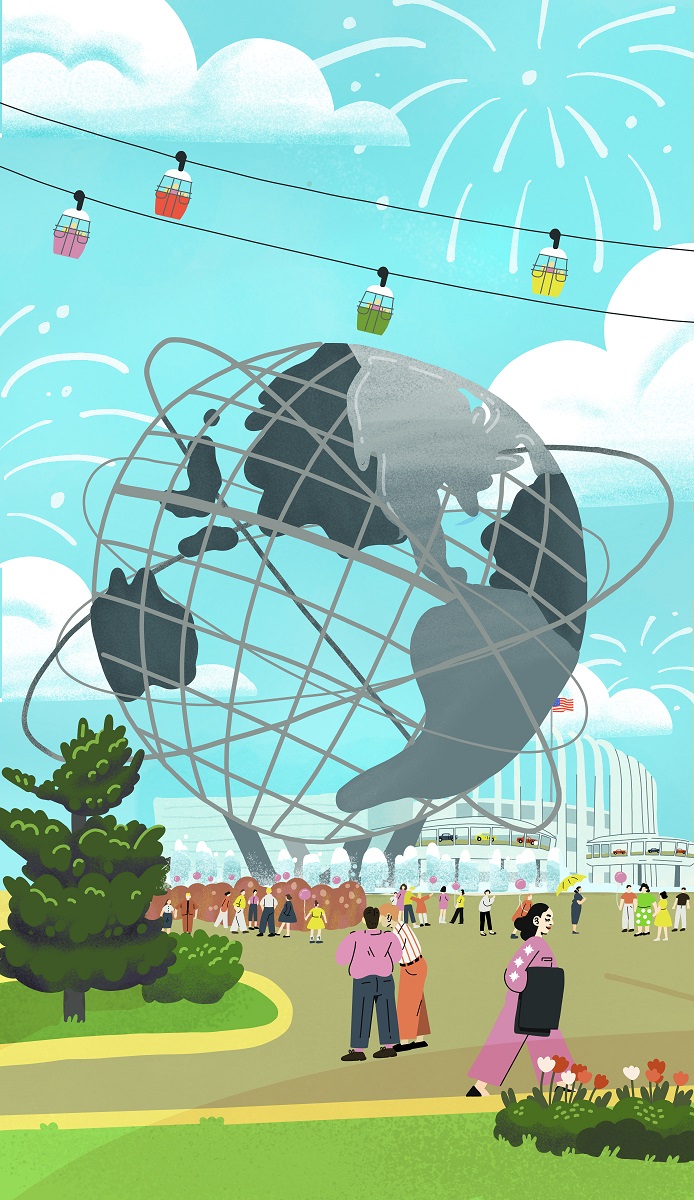 I recently visited the 1964-65 New York World’s Fair site, now part of Flushing Meadows Corona Park in Queens. I gawked at the still-standing central icon, the Unisphere, then searched for long-forgotten ruins scattered about.

Perhaps most striking were the still-existing pathways with their original concrete benches and drinking fountains. I could picture the people—the fairgoers—who had traveled from near and far to visit this temporary but extraordinary place, a place of wonder and delight, a place of enjoyment, leisure, and playfulness—a world’s fair.

The 1964-65 World’s Fair was a failure in many respects. It never reached its projected attendance and almost went bankrupt. When most large nations declined to participate, smaller nations and American states filled the gap. The fair is probably best remembered as a showcase for American corporations, with an endless array of new products displayed inside midcentury modern structures.

Nowhere was the blend of design and playfulness more apparent than in the corporate attractions designed by Walt Disney and his Imagineers, especially Ford Motor Company’s Magic Skyway. Here guests embarked on “an exciting ride in a company-built convertible through a fantasy of the past and future in 12 minutes.” When Ford added new Mustang convertibles to the ride mere months before the fair’s opening, this only added to the anticipation and enjoyment. 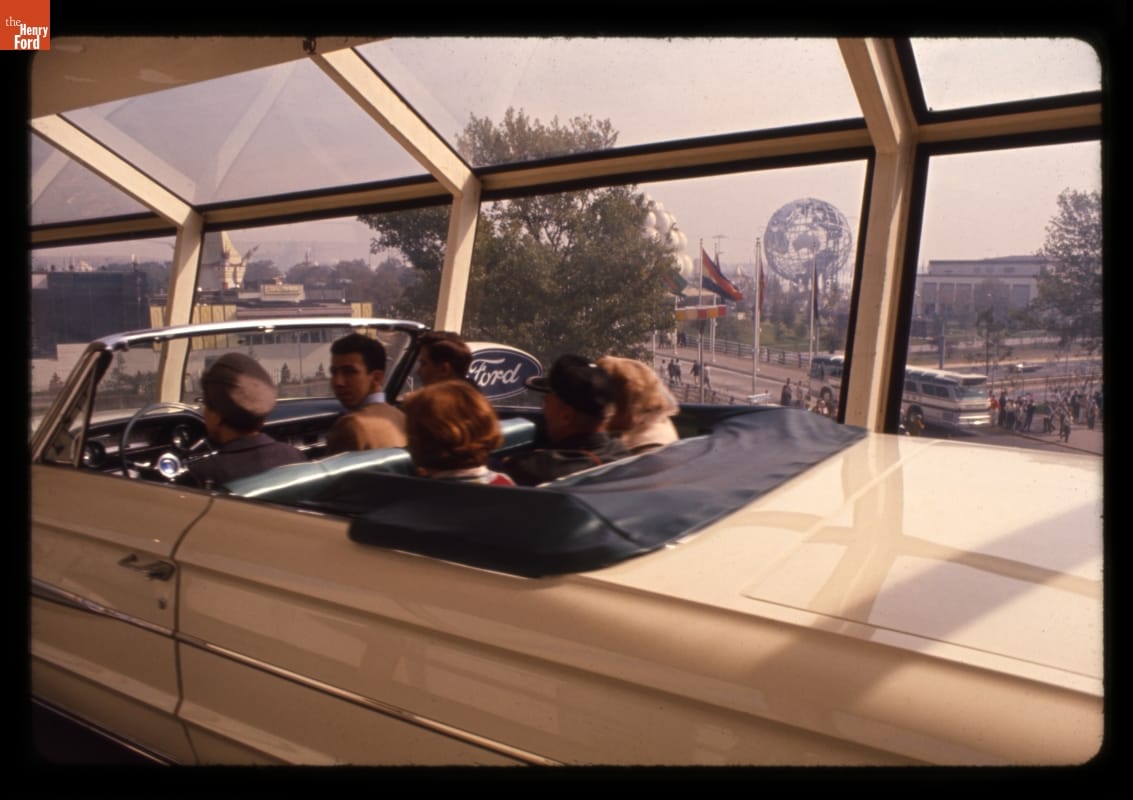 The Unisphere, a 12-story-high model of Earth which embodied the 1964-65 New York World's Fair theme of "Peace Through Understanding," celebrating "Man's Achievement on the Shrinking Globe in an Expanding Universe," can be seen through the window in this photo of a car on the Magic Skyway. / THF114472

Walt Disney remarked about the attraction: “It could never happen in real life, but we can achieve the illusion by creating an adventure so realistic that visitors will feel they have lived through a wonderful, once-in-a-lifetime experience.”

This could well sum up the overall appeal of world’s fairs.


Donna R. Braden is Senior Curator and Curator of Public Life at The Henry Ford. This post was adapted from an article first published in the June–December 2021 issue of The Henry Ford Magazine.