In mid-August 2020, Dan Giusti posted a picture on Instagram of an empty cafeteria. Communal tables were stacked against the walls, and single spaced-out desks and chairs took their place. “Maybe a new norm?” he asked in the caption.

Giusti, the founder of Brigaid, a program that sends professional chefs to work within federally funded food service operations, used to worry more about the food being eaten on those tables than figuring out how to serve it at a safe distance. The configuration was just one idea to keep students safe inside the cafeteria of Bennie Dover Jackson Middle School in New London, Connecticut, but regardless of the layout they chose, “school staff across the country must be commended in advance for what’s going to be a challenging year,” Giusti recognized at the end of the post.

But Giusti, who spent three years as head chef of the Michelin-starred Noma restaurant in Copenhagen, never let a challenge stop him before. “There wasn’t a service that didn’t matter,” he recalled. “When I was at Noma, it was all about Noma, until I looked up and decided what was next.” 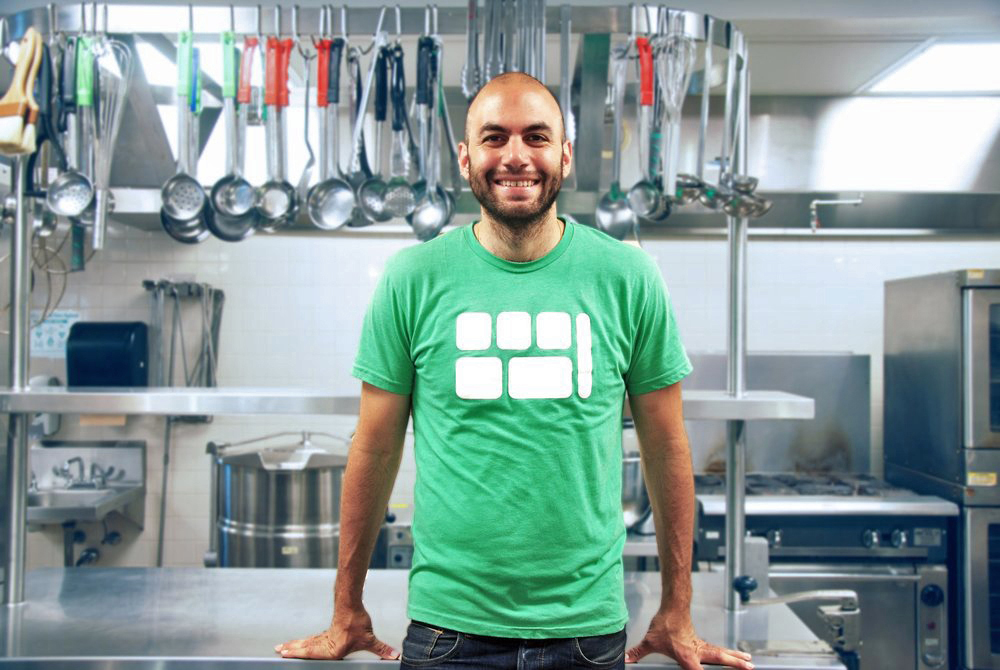 He knew it wasn’t a restaurant. “I had no desire to compete in that kind of forum. There are a lot of problems in the world that revolve around food,” said Giusti. “I figured I could use my skill set to solve some of them.”

In 2016, he returned to the States and began working on Brigaid. “The only idea I had was I wanted to put a chef in a school. I never worked in a school or did school food,” said Giusti, who learned about the strict nutritional guidelines, minuscule budgets, undertrained staff, and ill-equipped kitchens that have affected school food service. “The problem with most scenarios in school food is not that their food isn’t nutritious, it’s that it doesn’t taste good and the majority ends up in the trash. So our original focus was to make it taste good and have chefs develop relationships with students to get them to try new things.” 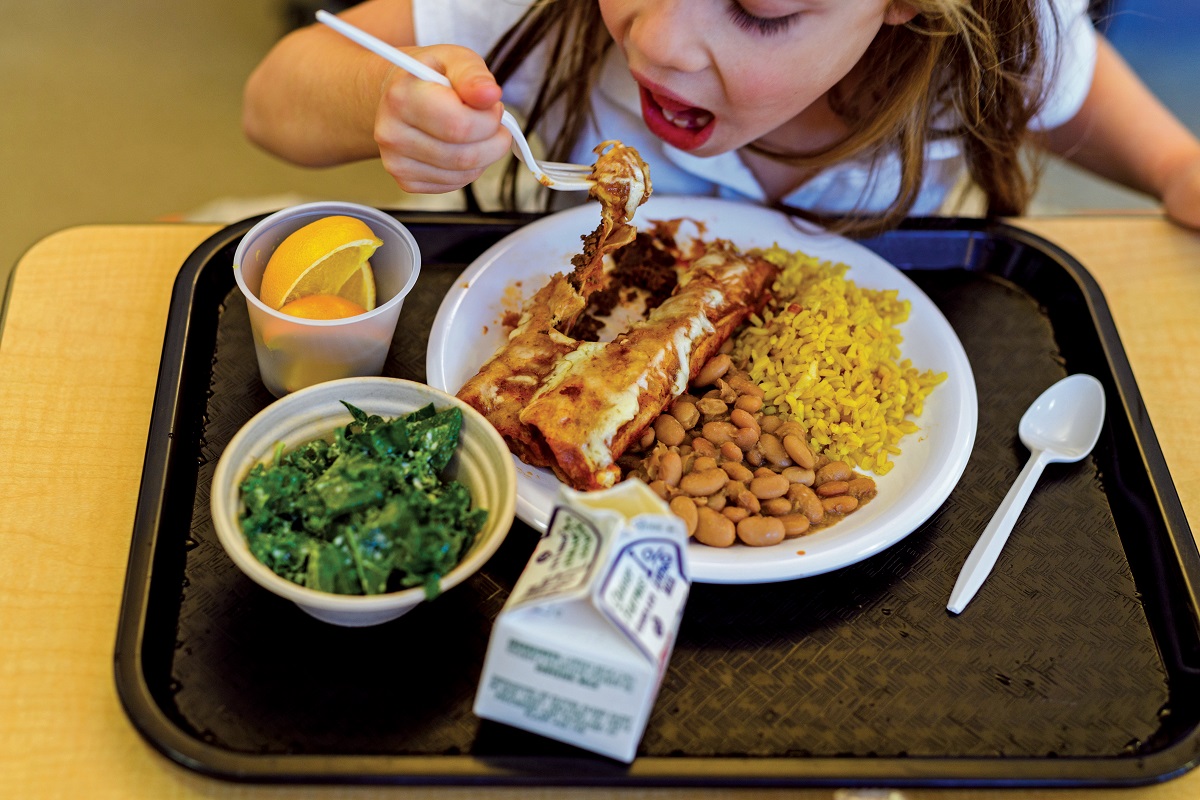 Brigaid started in a few K-12 schools in New London and has since added more in the Bronx, New York; Southampton, New York; and Richmond, Virginia. This year, the company started working with a senior center in Manhattan, and more institutions were on the way—until the pandemic hit. Suddenly, their mission became more about figuring out how to get food to kids doing e-learning and keeping kitchens safe rather than making meatballs from scratch.

“We’re focused on helping schools logistically do this and feed all the kids that need to be fed and keep staff safe,” said Giusti. “That’s the priority right now.”

But in the future, when those communal cafeteria tables are bustling again, Giusti may have a new arsenal of chefs on board. His fall 2020 webinar series sold out and attracted professional attendees from more than 40 states and 10 countries. 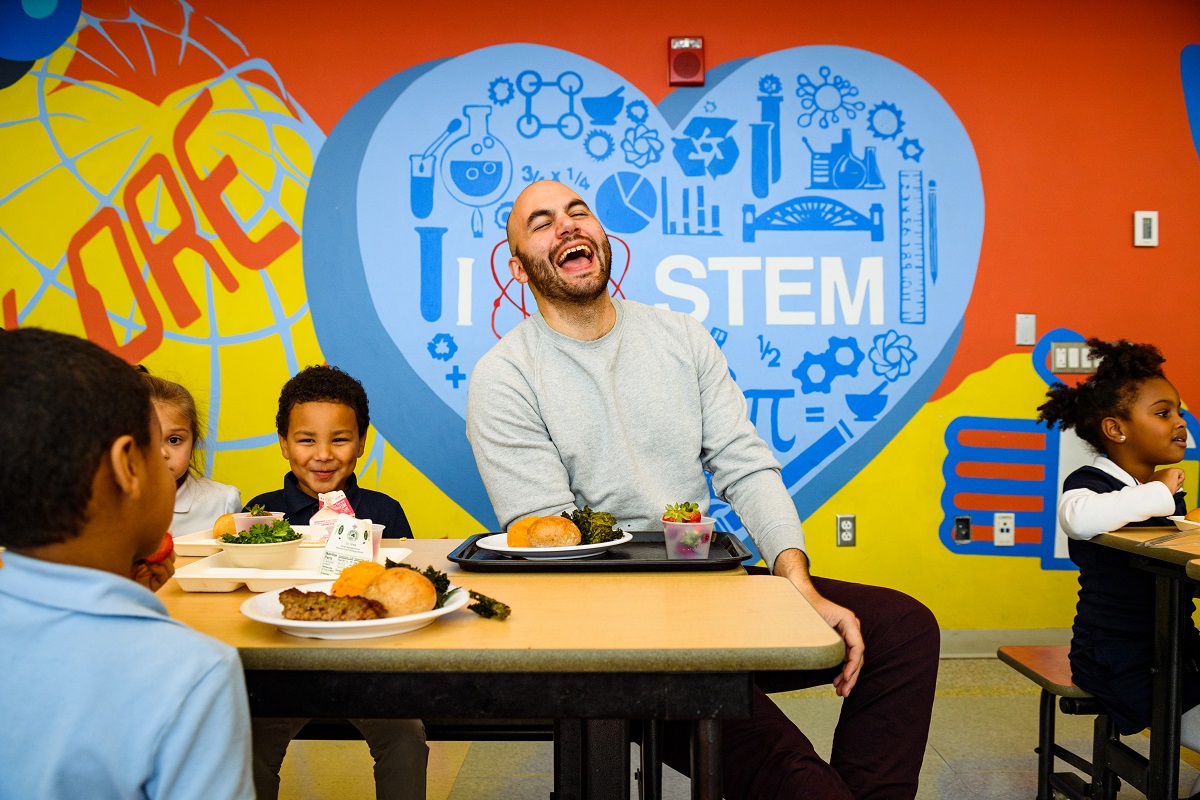 “I think the restaurant industry is going to change in a big way, and I think there are chefs who might consider a different career path,” he said. “It would be amazing if more people chose to work in institutional food; it would go a long way in making it better.