Is That from Star Trek?

We recently got together a number of our curators and staff, who are Star Trek fans and frequent visitors to our current exhibit "Star Trek: Exploring New Worlds," to brainstorm the many connections we might make between the collections of The Henry Ford and the media empire that is Star Trek. During that discussion, someone threw out an example of a name shared across both—but as we dug deeper, we also discovered the artifact had an interesting parallel to (or contrast with) the ship or character. Locating more of these seemed a fitting tribute to Star Trek’s characteristic combination of humor and seriousness.

Below are some similar examples we came up with. What other artifacts can you think of from our collection that share a name with—and perhaps a philosophical tie to—Star Trek? 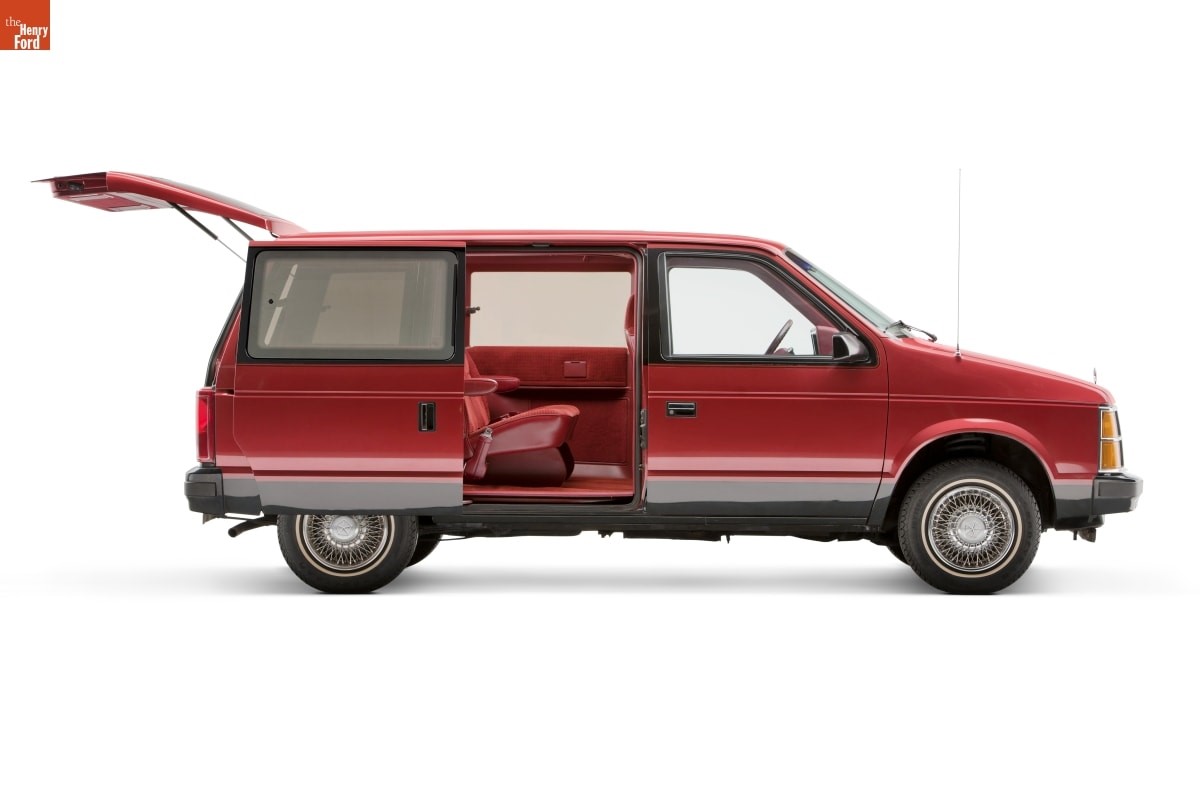 Chrysler boldly went where no carmaker had gone before when it introduced the minivan for 1984. With taller interiors and flatter floors (front-wheel drive eliminated that pesky driveshaft tunnel), minivans generally had more interior room than station wagons, and soon supplanted them as the ideal family car. And, at around 20 miles per gallon, the Plymouth Voyager probably got better fuel mileage than the U.S.S. Voyager of the eponymous series! –Matt Anderson, Curator of Transportation 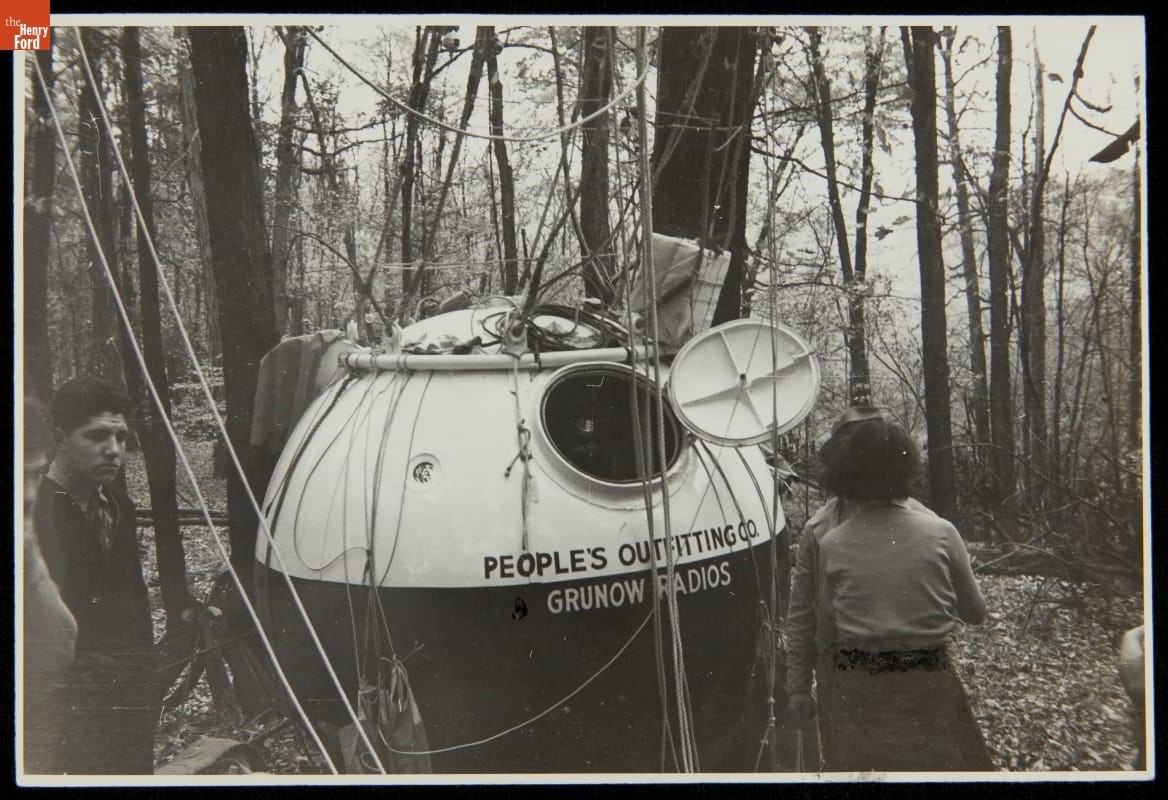 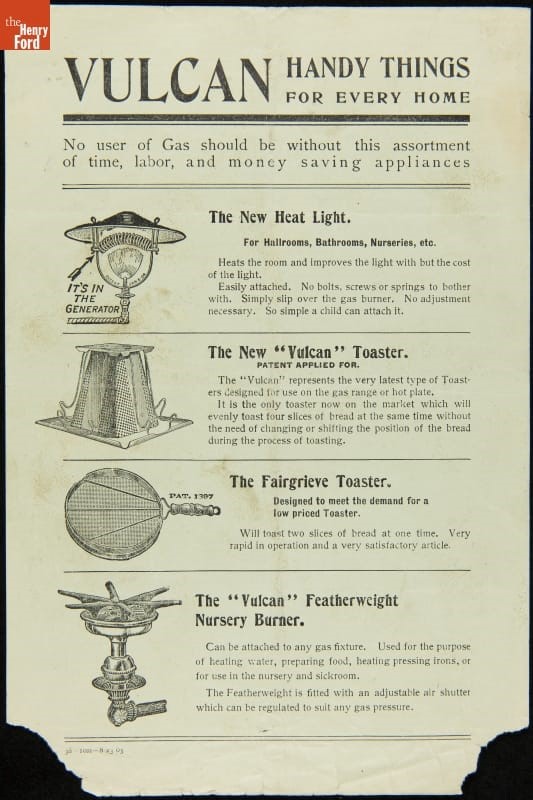 Star Trek’s half-Vulcan, half-human science officer, Spock, represented the polar opposite of the Roman god of fire, Vulcan. While the Roman god served as a harbinger of volcanic destruction, Spock modeled cool composure. In 1905, Vulcan Brand Appliances embraced the Roman mythology and marketed their toasters and curling-iron heaters as handy things for every home. What would Spock think?  –Debra Reid, Curator of Agriculture and the Environment 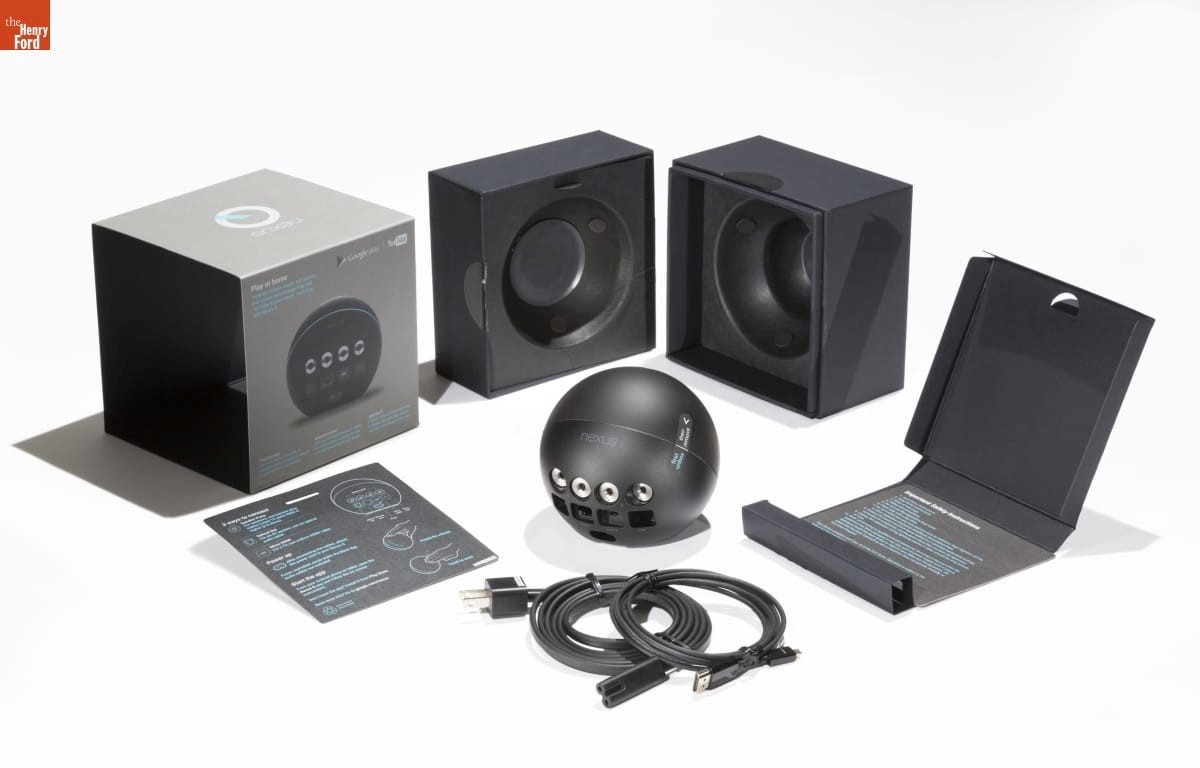 It didn’t sweep you into an extra-dimensional fantasy realm like the Nexus that trapped Kirk and Picard in Star Trek Generations, nor did it use omnipotent powers to tease your crew like the meddlesome Q of Star Trek: The Next Generation, but the Google Nexus Q could keep you entertained for hours on end with music, movies, and TV shows.  –Matt Anderson, Curator of Transportation 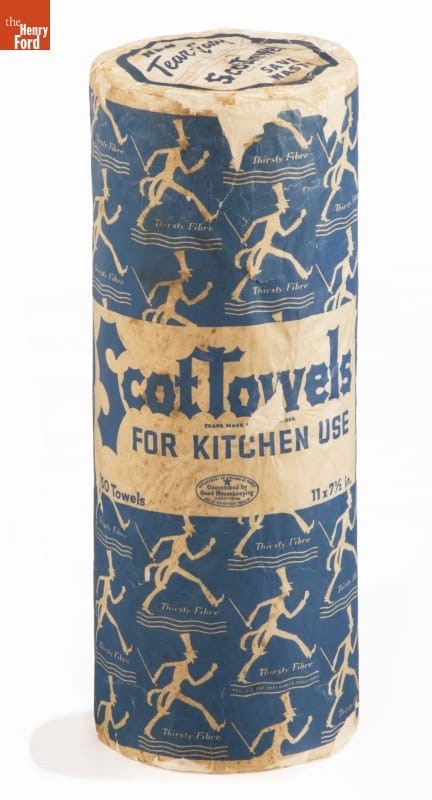 Montgomery Scott, known as "Scotty," is the Chief Engineer aboard the U.S.S. Enterprise in the original Star Trek series. The heavy Scottish accent adopted for the role by Canadian actor James Doohan became one of Scotty's hallmarks, as did his intense pride in the Enterprise, his sense of humor, his complaints when the ship encounters yet another tight spot, and the way he always tells Captain Kirk repairs will take longer than they actually will. Still, like this roll of Scot Towels in our collection, which would have facilitated quick and easy cleanup of mid-20th-century messes, Scotty always comes through when the 23rd-century Enterprise is in need of a quick fix.  –Ellice Engdahl, Digital Collections and Content Manager 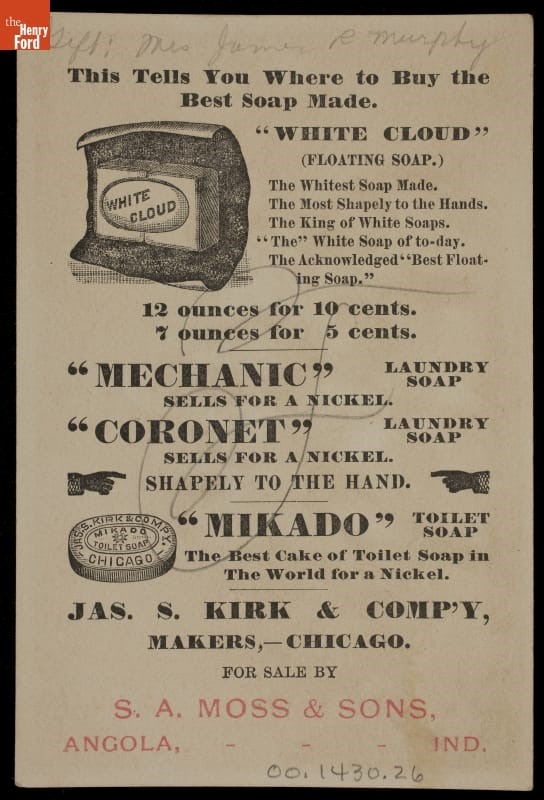 James S. Kirk was born in Scotland (not Iowa, like Enterprise captain James T. Kirk) and established his soap company in Utica, New York. He relocated the business to Chicago in 1859 and, by 1900, had built it into one of the largest soap manufacturers in the world, producing 100 million pounds of the cleaner each year.  –Matt Anderson, Curator of Transportation 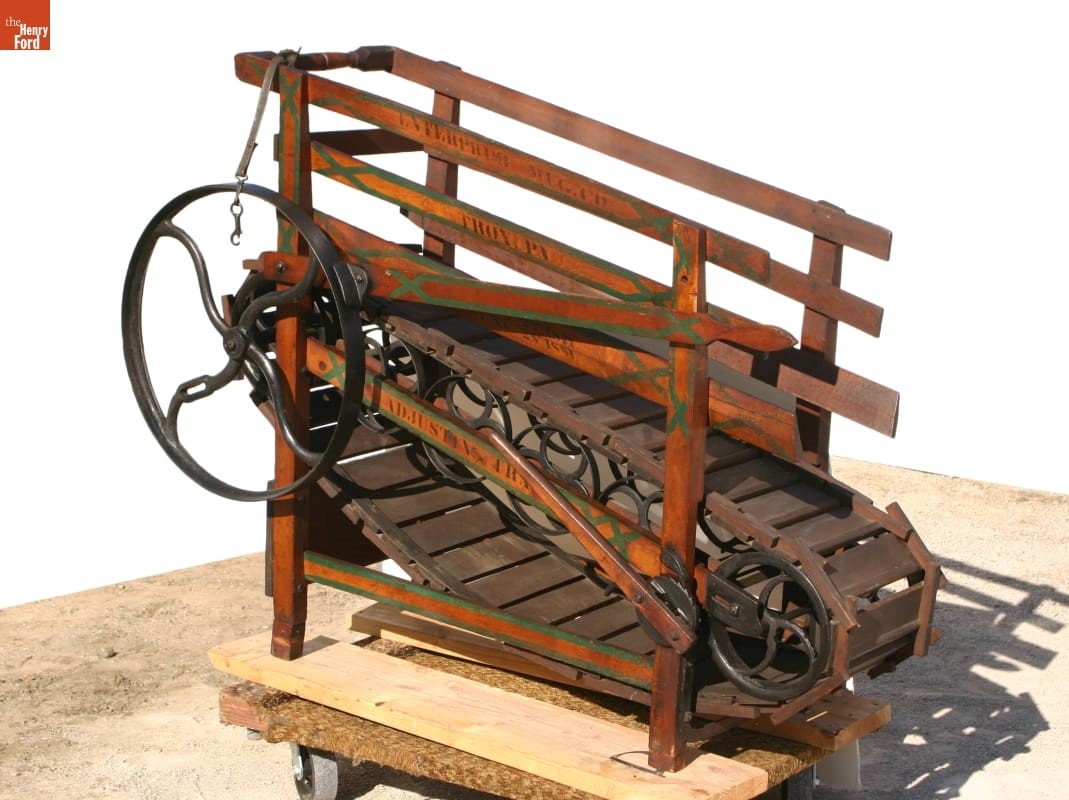 Gene Roddenberry (1921–1991) considered the United Space (or Star) Ship Enterprise as the main character of Star Trek. But why the name "enterprise"? In response to 1960s counterculture, veterans of World War II, including Roddenberry, did not want anyone to forget the need to ally against evil. The name "enterprise" conjured up associations with action that changed the course of human events. Decades before Star Trek, companies used the term to imply initiative and progress. The Enterprise Manufacturing Company produced an endless-belt tread power, on which a dog, goat, or sheep walked to generate power for myriad uses on family farms.  –Debra Reid, Curator of Agriculture and the Environment 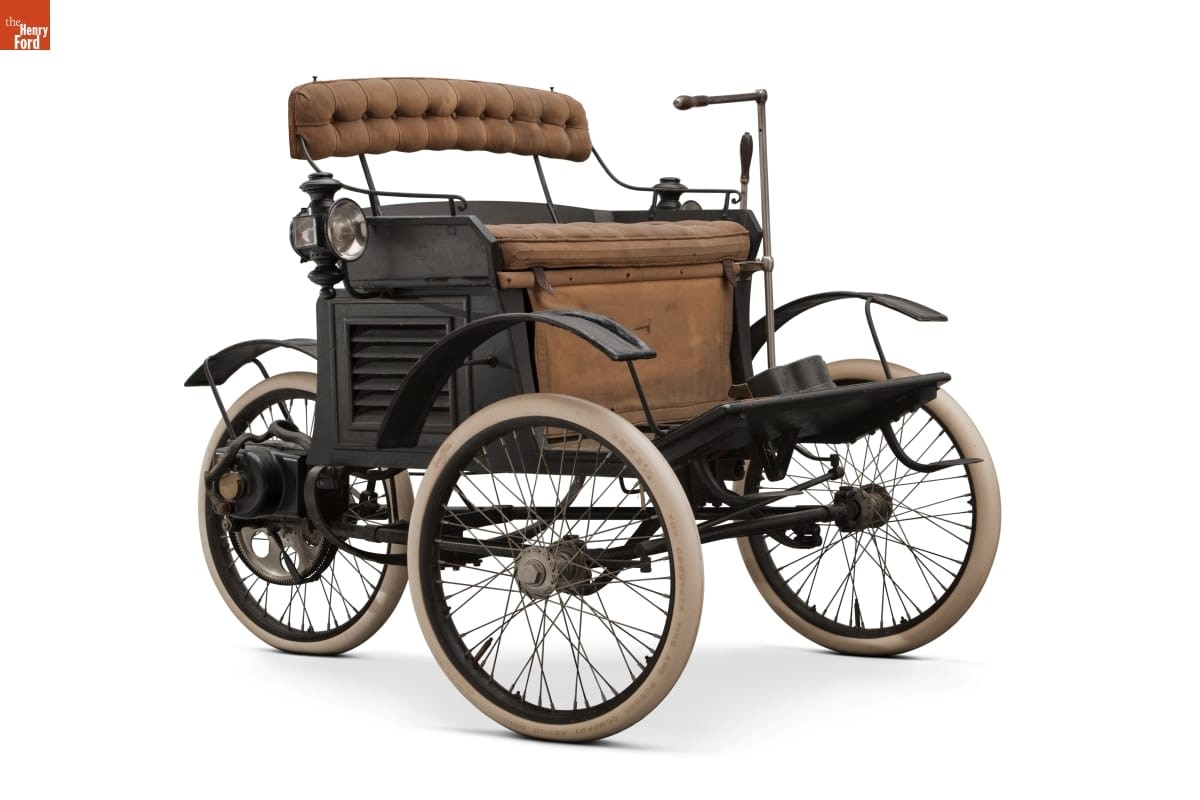 Andrew L. Riker was a pioneer builder of both electric and gasoline-powered automobiles. He may not have served as first officer aboard a starship like Will Riker of Star Trek: The Next Generation, but Andrew Riker did serve as first president of the Society of Automotive Engineers!  –Matt Anderson, Curator of Transportation 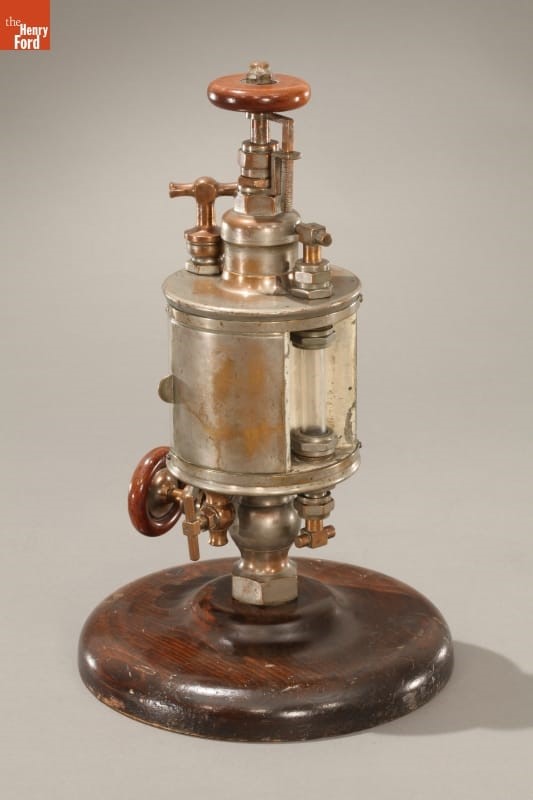 Star Trek's Leonard McCoy would remind you that he's a doctor, not a locomotive fireman. This steam engine lubricator was patented by African-American mechanical engineer Elijah McCoy, who may have had more in common with Bones' shipmate Scotty.  –Jim Orr, Image Services Specialist 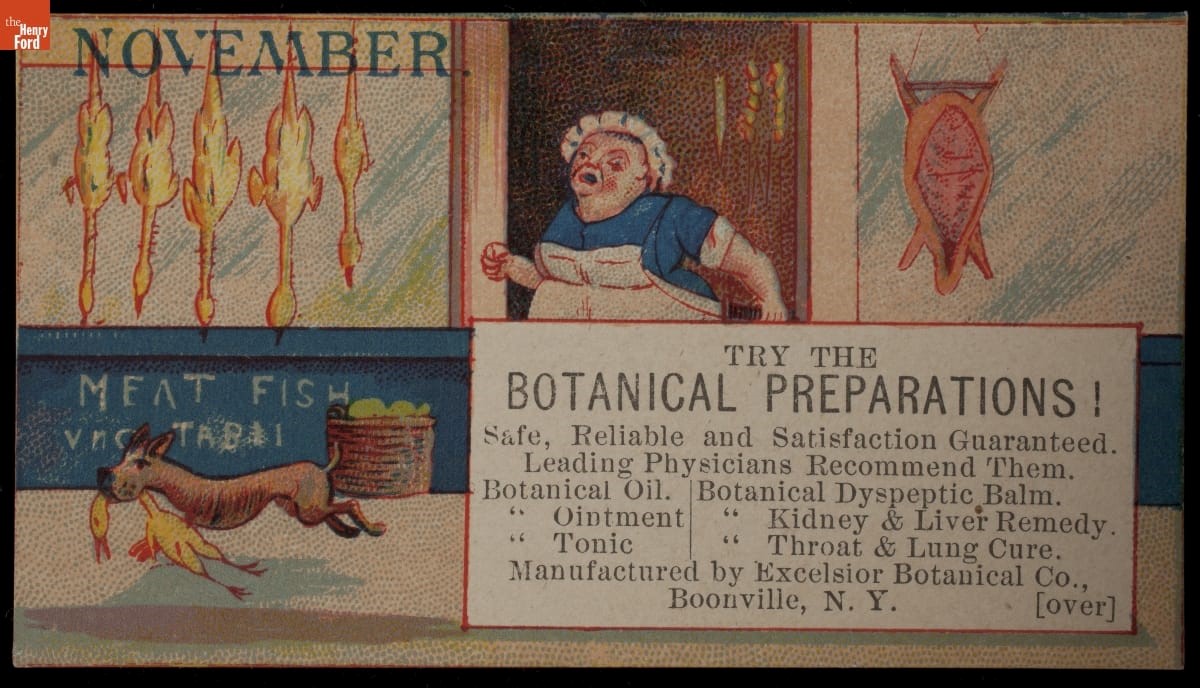 The Latin root, excello, meaning "to rise," inspired many companies with aspirations. Excelsior Botanical Company marketed cure-all preparations and "excelsior" became the synonym for packing material made from wood chips or pine needles. All of this happened more than a century before the release of Star Trek VI: The Undiscovered Country, in which Hikaru Sulu commanded the U.S.S. Excelsior starting in 2290.  –Debra Reid, Curator of Agriculture and the Environment