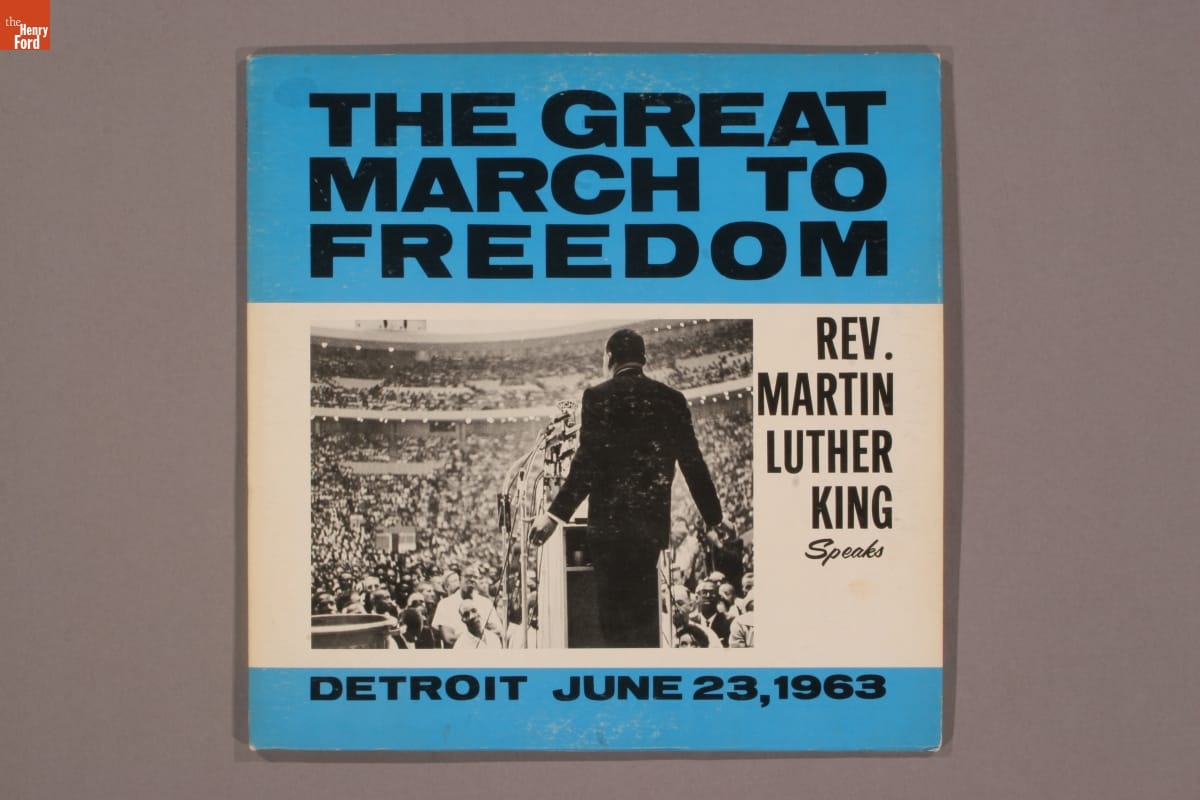 Detroit’s Walk to Freedom, held on June 23, 1963, helped move the southern Civil Rights struggle to a new focus on the urban North. Dr. Martin Luther King, Jr. later called this march “one of the most wonderful things that has happened in America.”

Organized by the Detroit Council on Human Rights, this was the largest Civil Rights demonstration to date. Its main purpose was to speak out against Southern segregation and the brutality that faced Civil Rights activists there. It was also meant to raise consciousness about the unique concerns of African Americans in the urban North, which included discriminatory hiring practices, wages, education, and housing. The date was chosen to correlate with both the 100th anniversary of the Emancipation Proclamation and the 20th anniversary of the 1943 Detroit race riots that had left 34 people (mostly African American) dead. Dr. Martin Luther King, Jr., who agreed to lead the march, had by this time become committed to uniting both North and South through his grand vision of achieving racial justice by using non-violent protest.

On the day of the march, about 125,000 people filed down Woodward Avenue, singing freedom songs and carrying signs demanding racial equality. Some 15,000 spectators watched them pass by a 21-block area before turning west down Jefferson Avenue to Cobo Hall. Cobo was filled to capacity to hear the speeches of the march’s leaders while thousands more listened to them on loudspeakers outside. Of the speeches given that day, Dr. King’s was the most memorable. People were riveted while he expressed his vision for the future, sharing a dream that foreshadowed the “I Have a Dream” speech that he would give a few months later at the March on Washington. 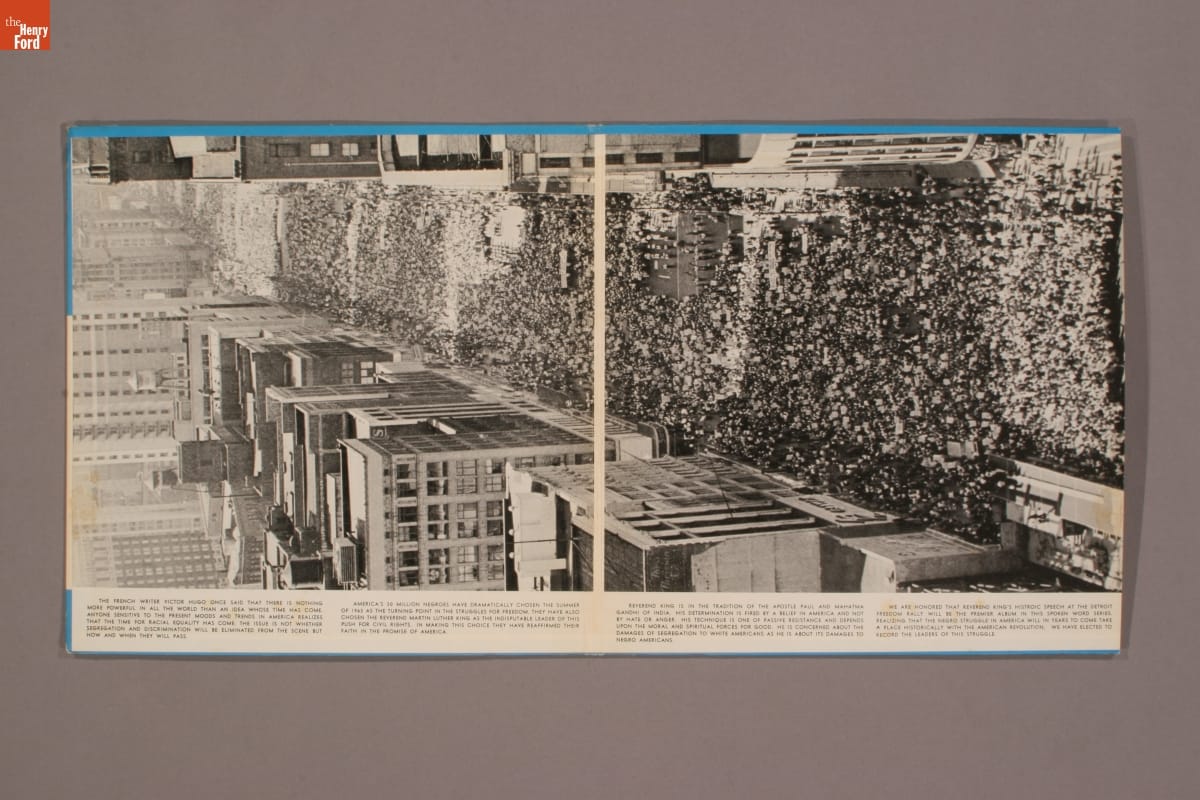 Berry Gordy, founder of the Motown Record Corporation, considered Detroit’s Walk to Freedom to be such a historic event that he offered the resources of his Hitsville studio to produce a record album documenting Dr. King’s impassioned words. Gordy heightened the drama of the event by titling the album, “The Great March to Freedom: Reverend Martin Luther King Speaks.” He believed that this record belonged in every home, that it should be required listening for “every child, white or black.” No one realized at the time, including Gordy, that the August March on Washington would become the more remembered event.

Dr. Martin Luther King Jr.’s dreams of social justice, voiced at Detroit’s Walk to Freedom, would prove elusive.  Despite the fact that Detroit had gained a national reputation for being a “model city” of race relations at the time, in reality the city’s African-American population faced unemployment, housing discrimination, de facto segregation in public schools, and police brutality. Ultimately this disconnect between perception and reality would lead to the violence and civil unrest of July 1967.

For more on the March on Washington for Jobs and Freedom held on August 28, 1963, take a look at this post.