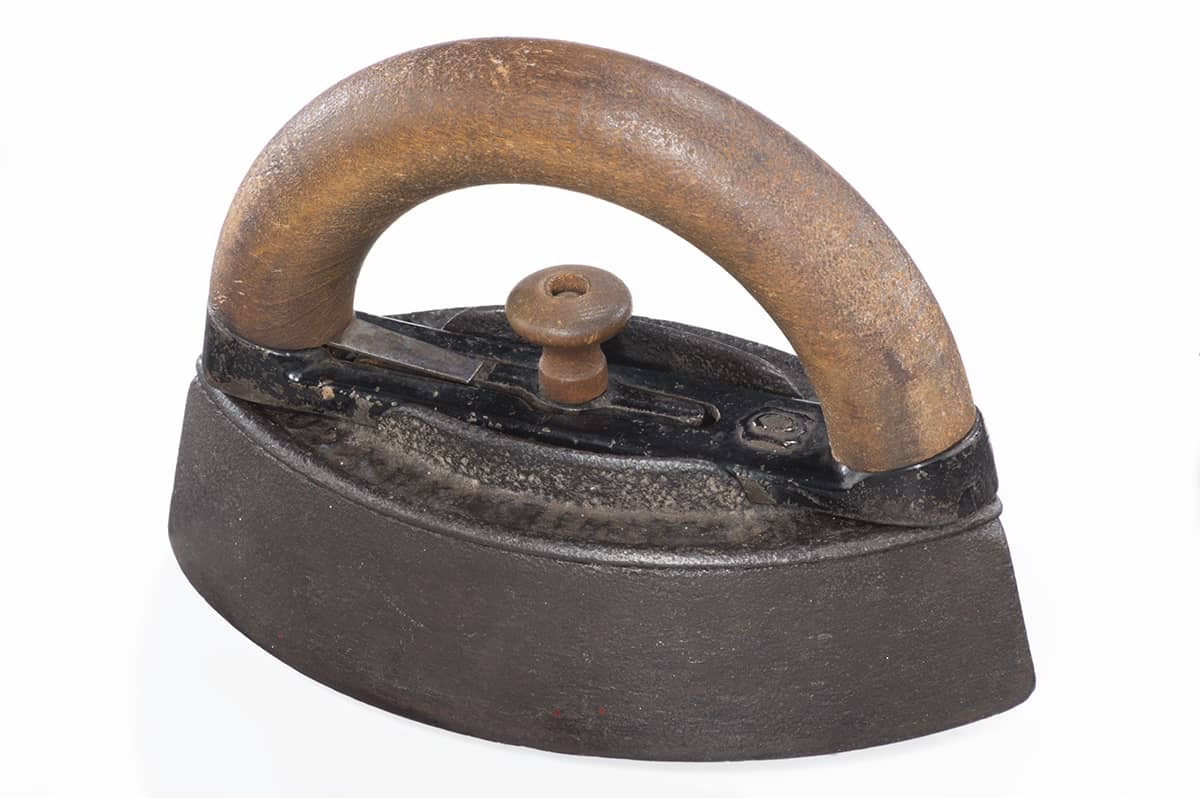 A "Cool Hand" Who Always Came to the "Point"

In the early 1870s, a young wife and mother had a better idea for making the arduous task of ironing easier. Her name was Mrs. Potts.

At this time, people smoothed the wrinkles from their clothing with flatirons made of cast iron. These irons were heavy. And needed to be heated on a wood stove before they could be used—then put back to be reheated once again when they began to cool. (Automatic temperature control was not to be had.) 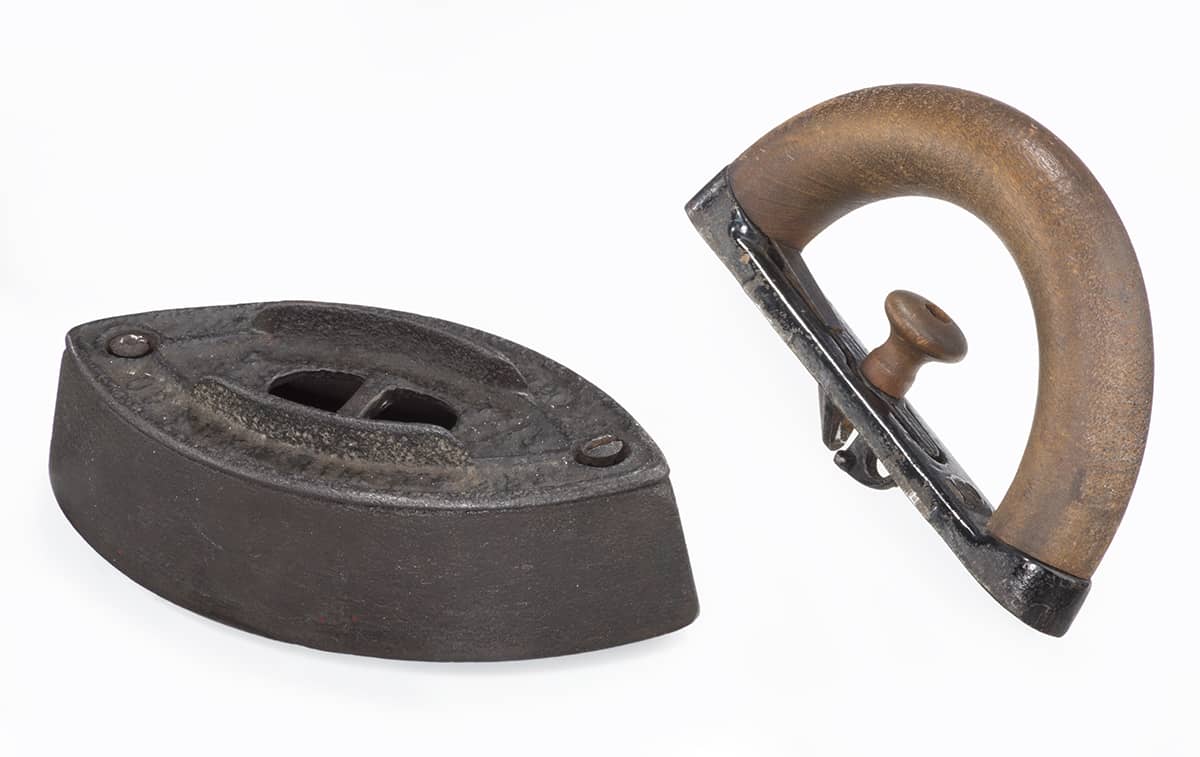 Mary Florence Potts was a 19-year-old Ottumwa, Iowa, wife and mother of a toddler son when she applied for her first patent in October 1870, one reissued with additions in 1872.  Mrs. Potts’ improved iron had a detachable wooden handle that stayed cool to the touch. (Conventional irons had cast iron handles that also got hot as the iron was heated on the stove— housewives had to use a thick cloth to avoid burning their hands.) Mrs. Potts’ detachable wooden handle could be easily moved from iron to iron, from one that had cooled down during use to one heated and ready on the stove. This curved wooden handle was not only cool, but also more comfortable—alleviating strain on the wrist.

Mrs. Potts’ iron was lighter. Rather than being made of solid cast iron, Mrs. Potts came up with idea of filling an inside cavity of the iron with a non-conducting material like plaster of Paris or cement to make it lighter, and less tiring, to use. (Florence Potts’ father was a mason and a plasterer, perhaps an inspiration for this idea.)

Previous iron design had a point only on one end. Mrs. Potts’ design included a point on each end, to allow the user to use it in either direction. 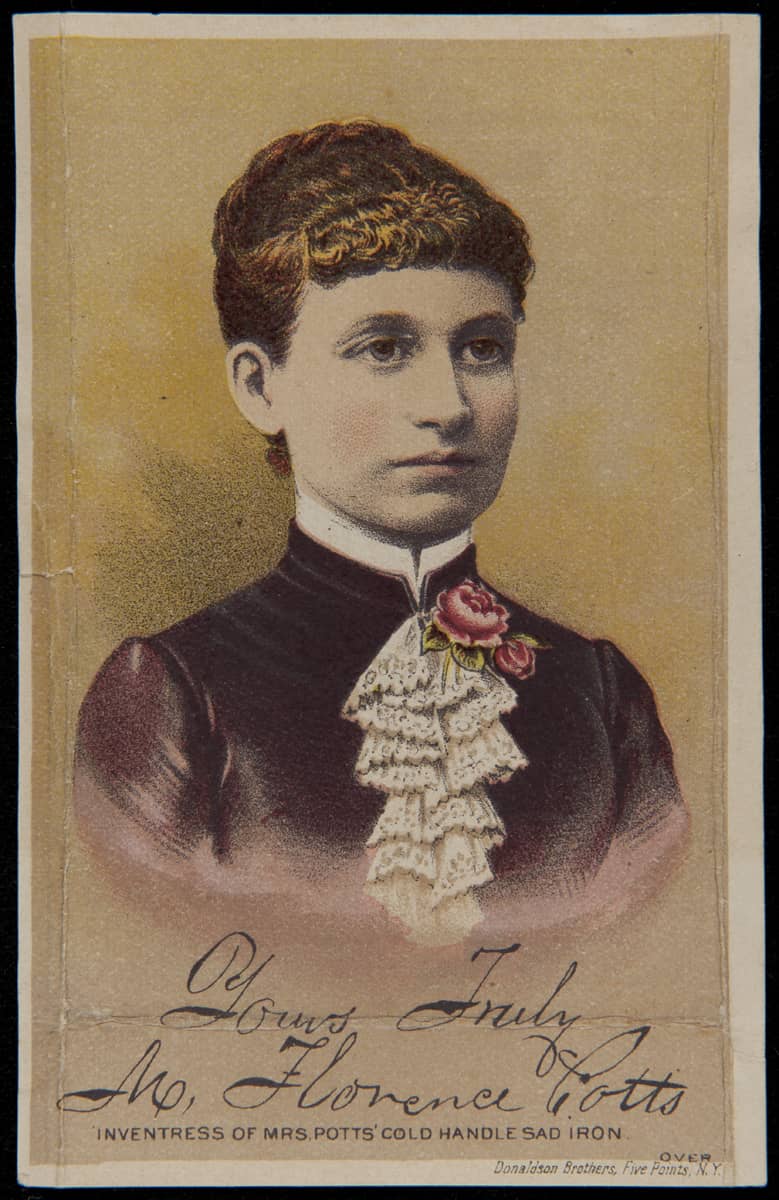 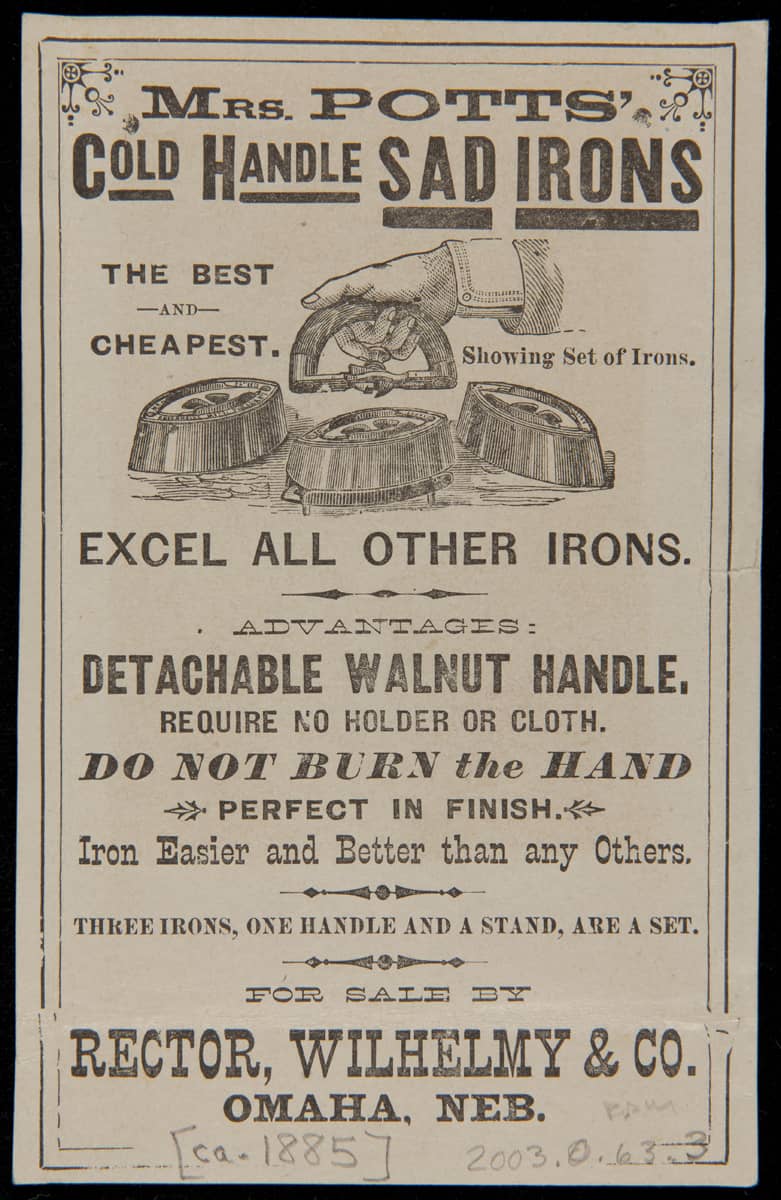 Mrs. Potts appeared on trade cards advertising her irons. This one dates from about 1883. THF214641

Mrs. Potts’ innovations produced one of the most popular and widely used flatirons of the late 19th century. It was widely manufactured and licensed in the United States and Europe with advertising featuring her image. Mrs. Potts’ iron was displayed at the 1876 Centennial Exhibition in Philadelphia. Millions of visitors attended the exhibition.

The Potts iron became so popular that by 1891, special machines were invented that could produce several thousand semicircular wood handles in a single day, rather than the few hundred handles produced daily with earlier technology. Mrs. Potts' type irons continued to be manufactured throughout the world well into the twentieth century. 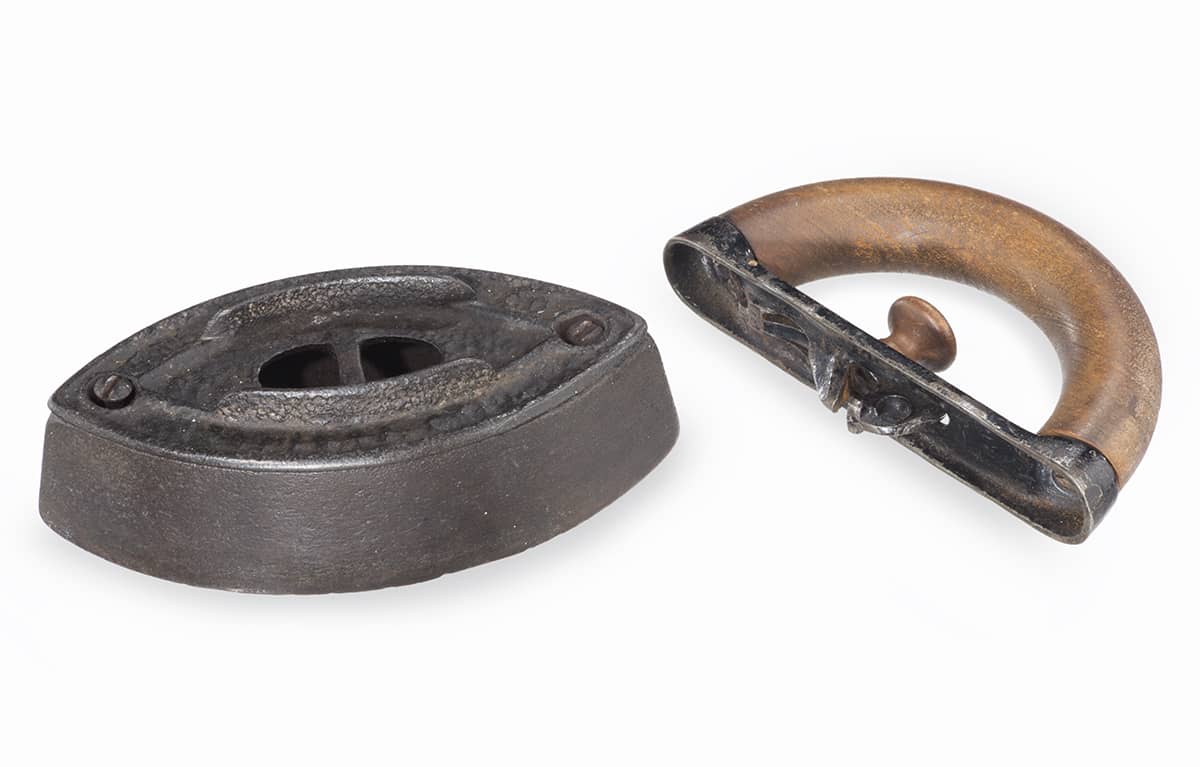 Though Mrs. Potts proved her inventive mettle with her innovative flatiron design, it appears that she did not reap spectacular financial rewards—at least by what can be discerned from census records and city directories. By 1873, the Potts family had moved from Iowa to Philadelphia, where her daughter Leona was born. They were still living there in 1880, when the census mentions no occupation given for any family member. Perhaps, if Mrs. Potts and her family became people of leisure, it was only for a time. Whether through need or desire, the Potts family had moved to Camden, New Jersey by the 1890s, where Joseph Potts and son Oscero worked as chemists. Joseph Potts died in 1901. By 1910, Florence and Oscero were mentioned as owners of Potts Manufacturing Company, makers of optical goods.

Mrs. Potts’ creativity made the tough task of ironing less onerous for millions of women in the late 19th century. And—though most are unaware—the story of the inventive Mary Florence Potts lives on in the many thousands of irons still found in places like antique shops and eBay.