Postwar Prosperity on the Grill: The Partio 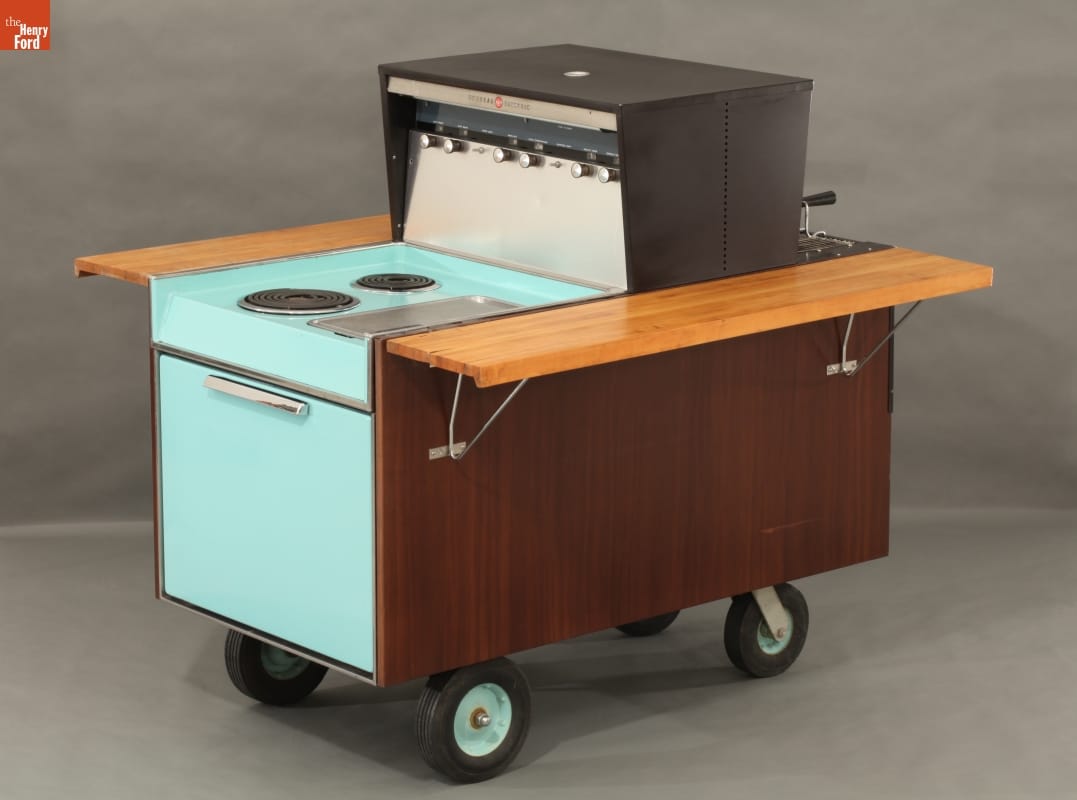 This upscale Partio outdoor kitchen is an eye-catching icon of America’s postwar prosperity during the Eisenhower era (1953-1961)—and was owned by none other than President Dwight D. Eisenhower himself. America enjoyed unprecedented prosperity as the economy soared to record heights. As people moved to the suburbs, they rediscovered the pleasures of outdoor cooking and eating.

In the 1950s--after the material deprivations of a decade and a half of economic depression, and then war--Americans were ready to buy. The number of homeowners increased by 50 percent between 1945 and 1960. Americans filled their homes with consumer goods that poured out of America’s factories—including televisions, refrigerators, washing machines, vacuum cleaners, electric mixers, and outdoor grills.

Advertising fueled their desire for materials things; credit cards made buying easier.  Newsweek magazine commented in 1953 that, “Time has swept away the Puritan conception of immorality in debt and godliness in thrift.” Even President Eisenhower suggested that the American public “Buy anything,” during a slight business dip. 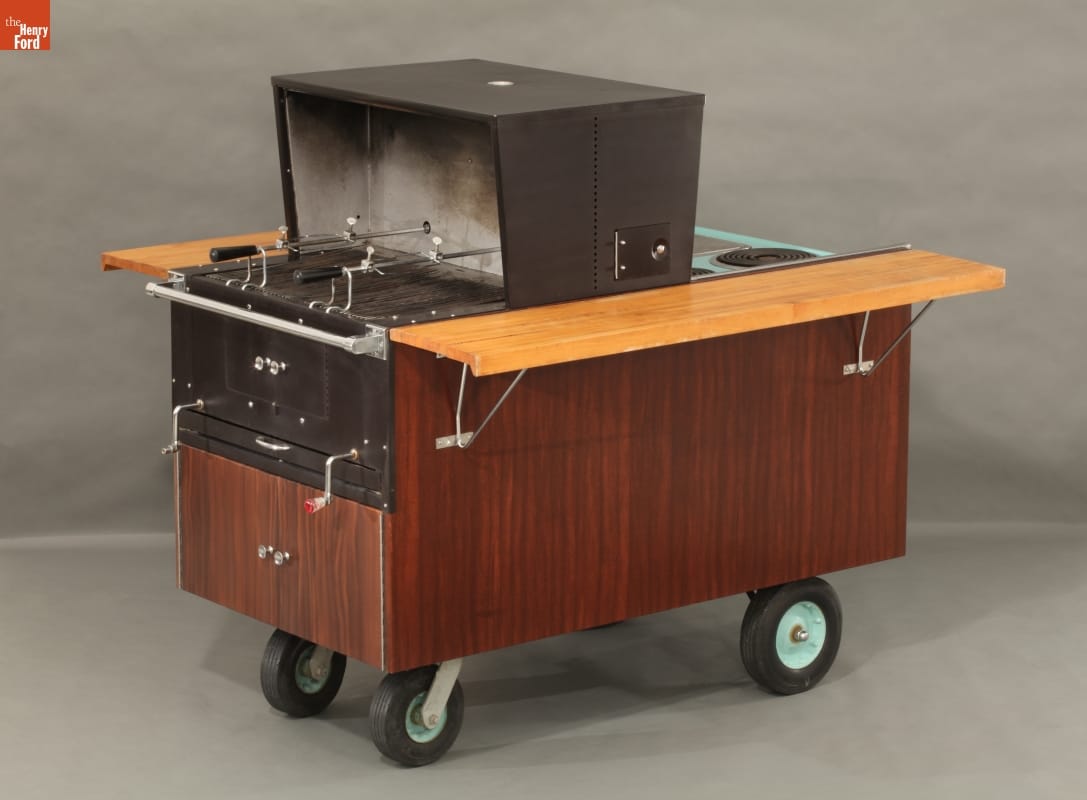 President Eisenhower used this Partio portable kitchen cart at his Palm Springs, California home. The Partio performed surface cooking (burners and griddle), oven cooking (roasting and broiling), and charcoal cooking (grilling and rotisserie).  As mentioned in the article, “The Cottage the Eisenhowers Called Home,” published in the February 1962 issue of Palm Springs Life Magazine, the Partio appears pictured with the following caption: “Chef Eisenhower shows Mamie and Mary Jean the patio barbecue cart—‘It’s the most fantastic things you ever saw.’” 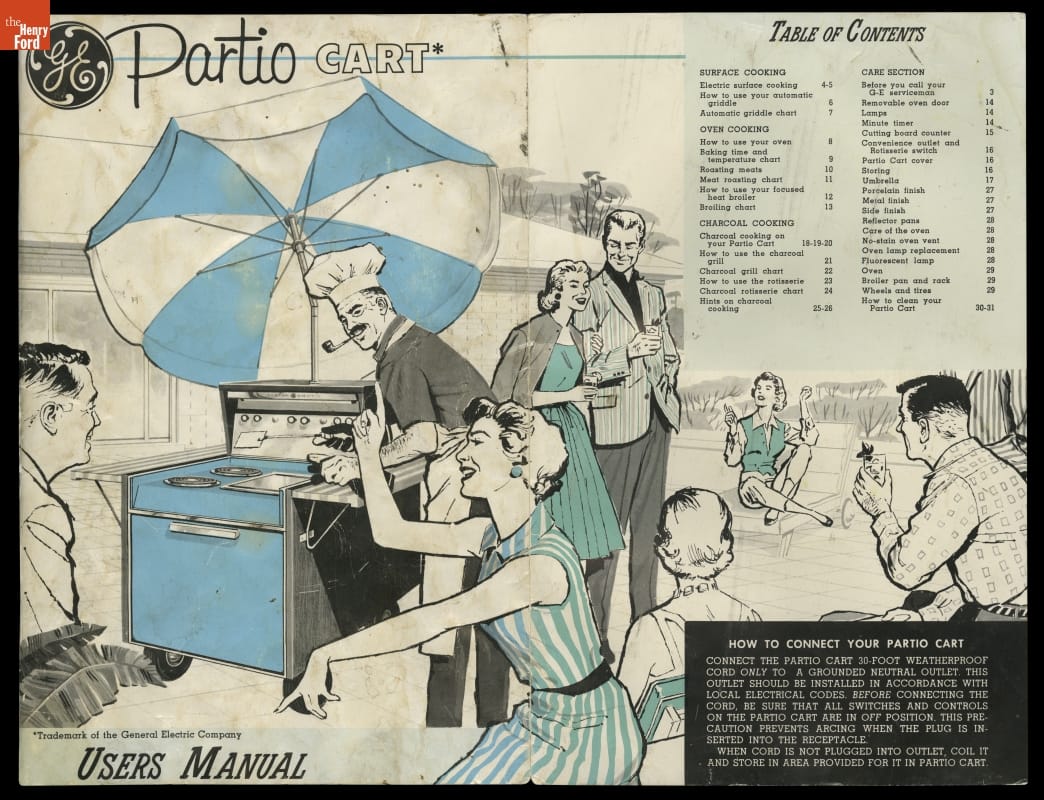 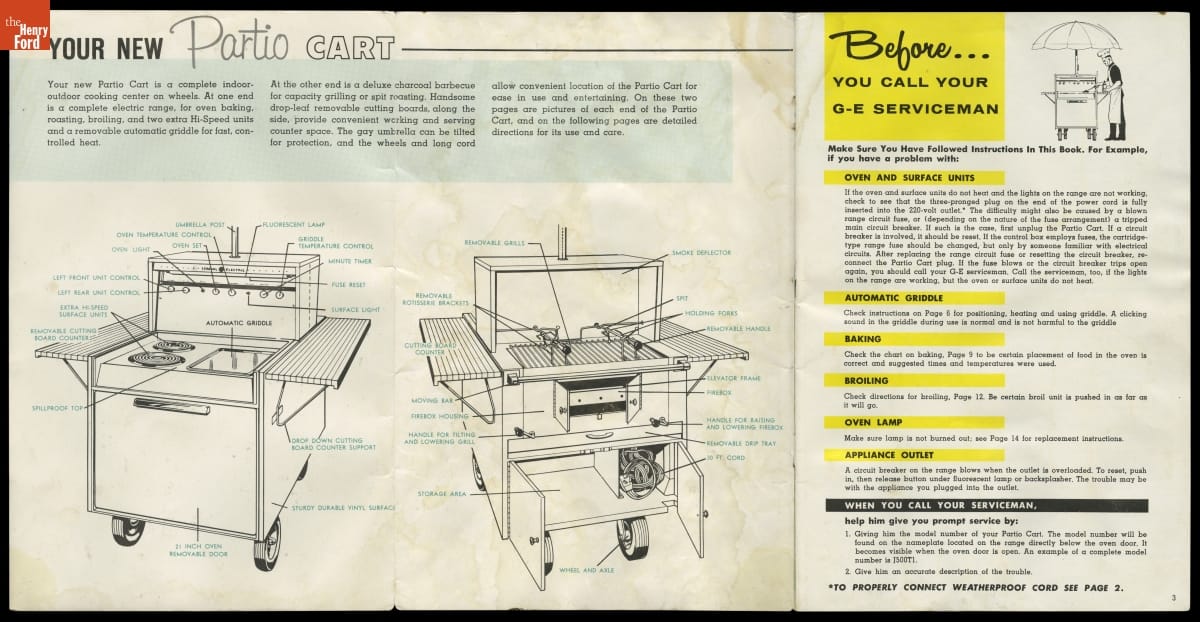 Designed and built by General Electric, the Partio offers both a seductive glimpse of mid-century southern California outdoor living and hints at trends that become pronounced five decades later. This unit, essentially a cart-mounted range, married with a charcoal grill and rotisserie, combines a vivid 1950s turquoise palette with that decade's angular "sheer" look, forecasting styling trends of the early 1960s. The high-end Partio prefigures the lavish outdoor kitchen barbeque/range units that became popular at the end of the 20th century.  At the same time, along with the more familiar Weber charcoal grills, it speaks to an increased leisure and love of outdoor entertaining. 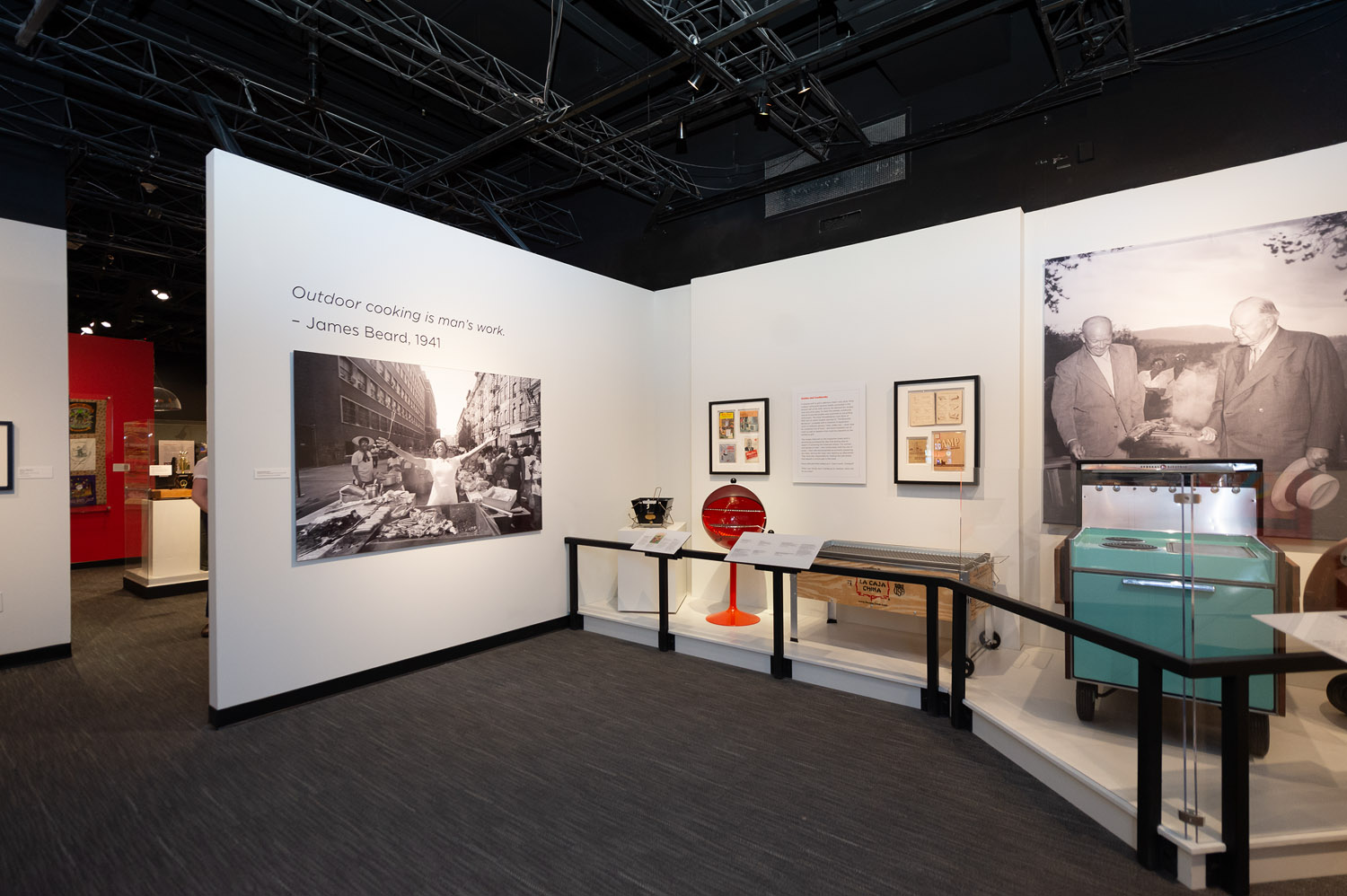 The Henry Ford acquired the Partio in 2012; currently the artifact is out on loan to the Atlanta History Center as part of its current exhibit, "Barbecue Nation," an exploration of the history behind one of America's greatest folk foods.