Robert Hendershot: The Drummer Boy of the Rappahannock 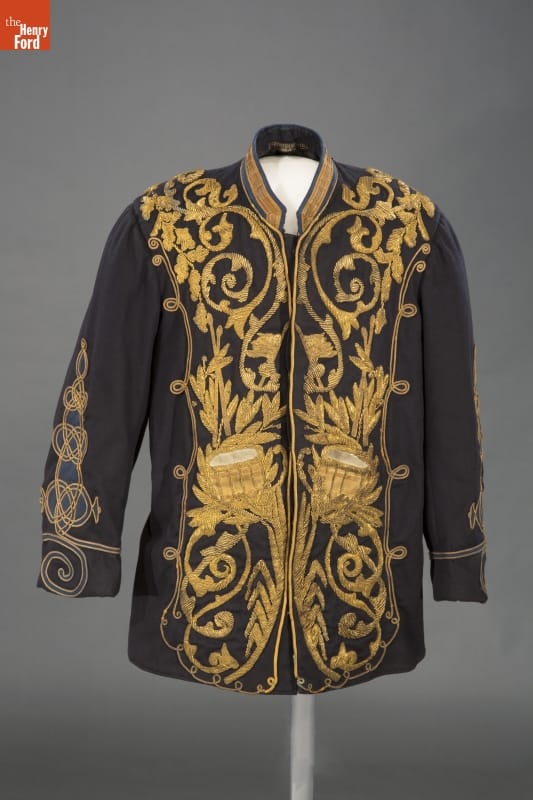 In the 1880s and 1890s, Civil War veteran Robert Hendershot wore this elaborate jacket when he played his drum at Grand Army of the Republic (G.A.R.) events and at other community gatherings. The accompanying “souvenir” card is actually an advertisement, letting interested parties know Hendershot was available for hire. 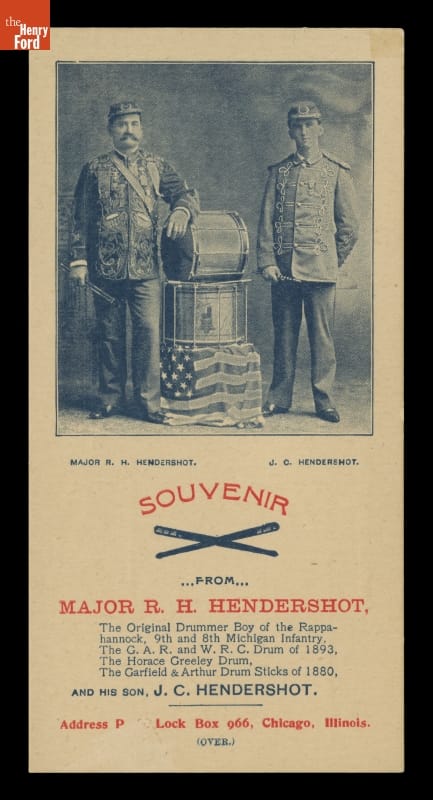 Trade Card from Major Robert H. Hendershot, "The Original Drummer Boy of the Rappahannock," circa 1895. THF 115938

Since the 1860s, Hendershot had billed himself as “The Drummer Boy of the Rappahannock.” But was he? In December 1862, during the fighting at Fredericksburg, Virginia, reports had come of a brave young drummer boy who had crossed the Rappahannock River with the 7th Michigan Infantry under a hail of Confederate bullets. The 12-year-old Hendershot was indeed with a Michigan regiment at Fredericksburg at this time. But so were several other young drummer boys.

The controversy over who really was “The Drummer Boy of the Rappahannock” raged for decades among Civil War veterans—reports from members of Michigan units engaged at Fredericksburg offered conflicting stories. But Hendershot used his savvy promotion skills to keep his name before the public, receiving recognition from some G.A.R. members and even from prominent men like newspaper editor Horace Greeley.

Hendershot may or may not have been “The Drummer Boy of the Rappahannock.” But throughout his life, he certainly used his celebrity to his advantage.