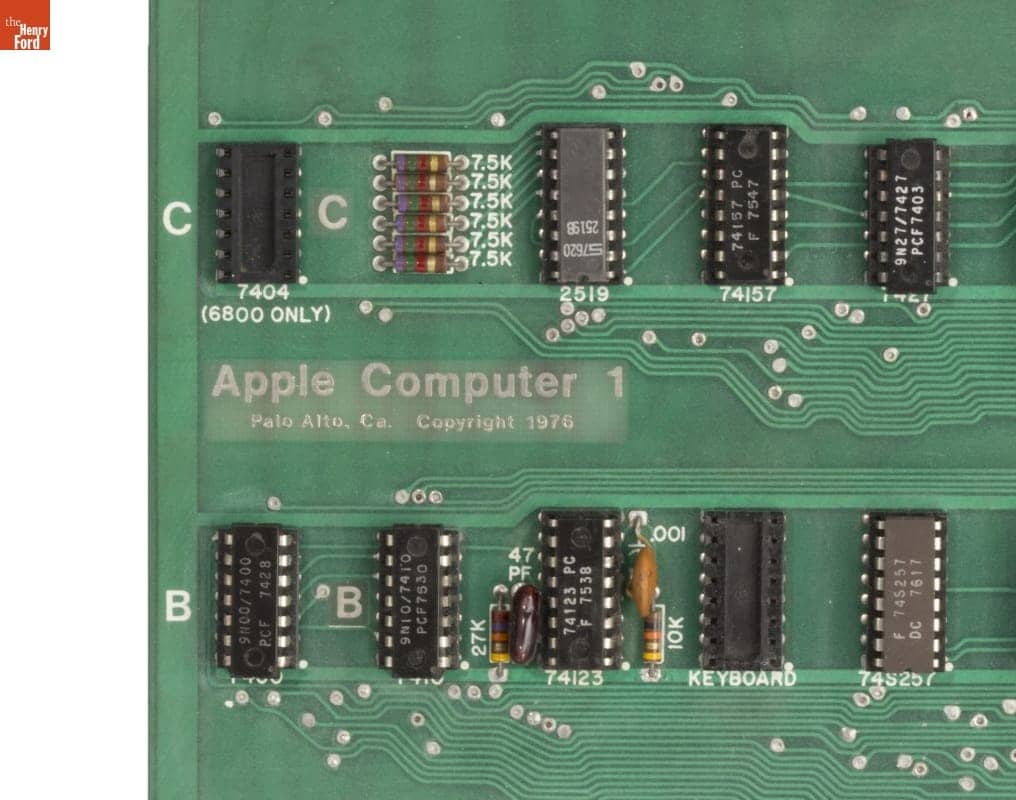 “Nobody'd ever imagined it, a full computer that could run programs could be that small.” — Steve Wozniak

How did a meeting in a garage provide the inspiration for a new king of home computing?

On a rainy day in March 1975, some of the most radical minds in computing gathered in the garage of Gordon French in Menlo Park, California. At this—the inaugural meeting of the Homebrew Computer Club—technical genius and countercultural ethics fused with the obsession to push technology to its limits for social good. It made for an inspiring (if not competitive) environment. Steve Wozniak, then an engineer working at Hewlett-Packard, had been given a flyer for that first Homebrew meeting by a co-worker. He attended and walked away with the inspiration to create an affordable and powerful computer for the everyday home user. This was the beginning of the Apple 1.

Wozniak wanted to provide the maximum amount of computing power using the least amount of components. Thanks to the powerful new 6502 MOS microprocessor chip, he found a way to condense his design onto a small rectangular circuit board holding a total of 60 chips. He also gave some thought to a user-friendly interface. The Apple 1 is the first personal computer that allowed people to type on a keyboard and have their text show up on a television monitor.

In 1976, Wozniak’s engineering skills, coupled with his friend Steve Jobs’ bold marketing moves, led to an order for 200 assembled Apple 1 motherboards by ByteShop owner Paul Terrell. And the word assembled here is important—the Apple 1 is the first preassembled personal computer ever sold. Before the Apple 1, computer enthusiasts built their systems from kits, soldering components and pairing them with clunky interface components like teletype machines. Wozniak later reminisced: “Nobody'd ever imagined it, a full computer that could run programs could be that small.”

Ironically, when it came time to find the money to produce the circuit boards for the first Apple 1 order, Wozniak’s contribution was raised by selling his HP-65 calculator, a follow-up model to the HP-35. When the Apple 1 circuit boards arrived, they were assembled and tested over the course of 30 days at the Jobs family home. This was the humble, almost cottage-industry-like beginnings of what would become one of the world’s most profitable companies. When Wozniak and Jobs took their first order, they had no way of predicting what the future would bring.

From our Archive of American Innovation to your living room. Take home a piece of history when you give today. Your support will spark innovation among future change makers. Donate $150 or more and receive a limited-edition, signed and numbered museum-quality print (while supplies last).