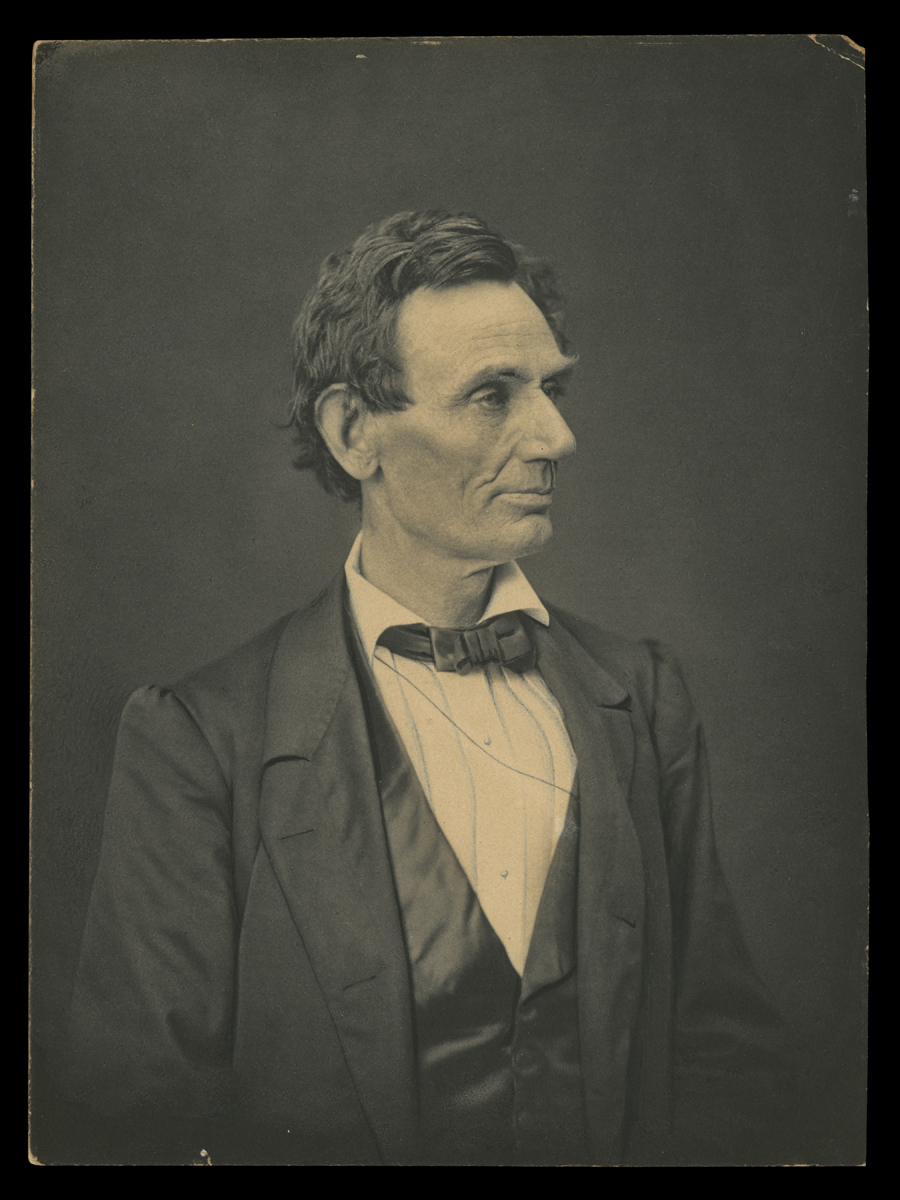 March 4, 1861: Inauguration Day. Abraham Lincoln, the President-elect, takes the oath of office to become the 16th President of the United States. It was an uncertain time. The country was torn over the issue of slavery. For years, a tenuous arrangement had been maintained between free and slaveholding states, but now many Americans—on both sides—seemed unwilling to compromise. The Democratic Party had fractured over the issue. Two Democrats and a former Whig, each with differing views, vied to become president in 1860. This left the Republican Party, which wanted to limit slavery, with an opportunity for an electoral victory.

Lincoln, the Republican Party candidate, was elected by a minority of eligible voters, winning mainly Northern and Western states—enough for an electoral majority—but receiving little or no support from the slaveholding South. Since Lincoln's election in November 1860, seven Southern states had seceded from the Union, and many Americans feared the other eight slave states would follow. Americans anxiously waited to hear from their new president. 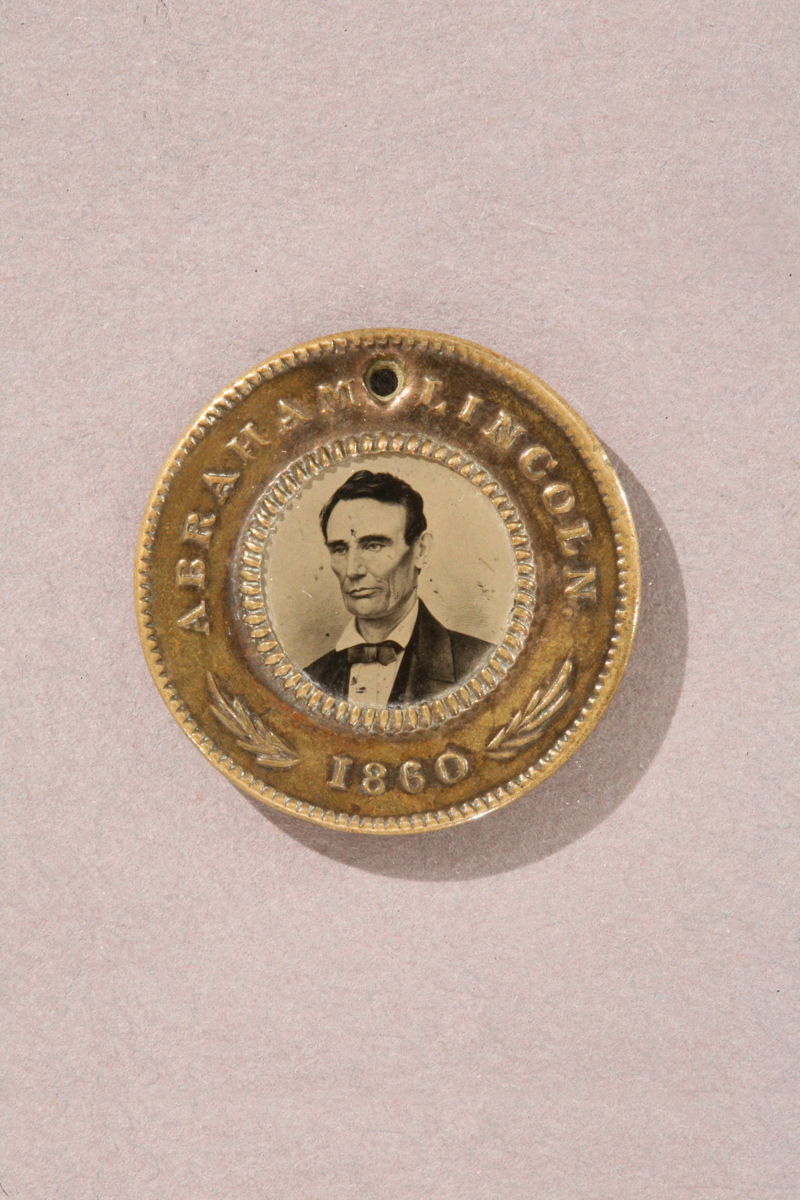 In his inaugural address, Lincoln tried to allay the fears and apprehensions of those who perceived him as a radical and those who sought to break the bonds of the Union. More immediately, his address responded to the crisis at hand. Lincoln, a practiced circuit lawyer, laid out his case to dismantle the theory of secession. He believed that the Constitution provided clear options to change government through scheduled elections and amendments. Lincoln considered the more violent option of revolution as a right held by the people, but only if other means of change did not exist. Secession, Lincoln argued, was not a possibility granted by the founders of the nation or the Constitution. Logically, it would only lead to ever-smaller seceding groups. And governing sovereignty devolved from the Union—not the states, as secessionists argued. Finally, if the Constitution was a compact between sovereign states, then all parties would have to agree to unmake it. Clearly, President Lincoln did not.

Lincoln did not want conflict. His administration had yet to govern, and even so, he believed that as president he would have "little power for mischief," as he would be constrained by the checks and balances framed in the Constitution. Lincoln implored all his countrymen to stop and think before taking rash steps. But if conflict came, he would be bound by his presidential oath to “preserve, protect, and defend” the government.

Lincoln concluded his case with the most famous passages in the speech—a call to remember the bonds that unify the country, and his vision of hope:

"I am loath to close. We are not enemies, but friends. We must not be enemies. Though passion may have strained it must not break our bonds of affection. The mystic chords of memory, stretching from every battlefield and patriot grave to every living heart and hearthstone all over this broad land, will yet swell the chorus of the Union, when again touched, as surely they will be, by the better angels of our nature."

Lincoln's appeal, however, avoided the cause of the onrushing war—slavery. Failing to take this divisive issue head-on only added to its polarizing effect. Many Americans in the North found Lincoln's speech too conciliatory. Southerners thought it threatened war. And the nation had little time to stop and think. Immediately after his inauguration, Lincoln had to decide whether to resupply Fort Sumter, the U.S. military post in Charleston harbor, the heart of secession. In April, the "bonds of affection" broke.

Lincoln had hoped that time and thoughtful deliberation would resolve this issue—and in a way it did. The tragedies of war empowered Lincoln to reconsider his views. His views on slavery and freedom evolved. No longer bound, Lincoln moved toward emancipation, toward freeing enslaved Americans, and toward his "better angels." 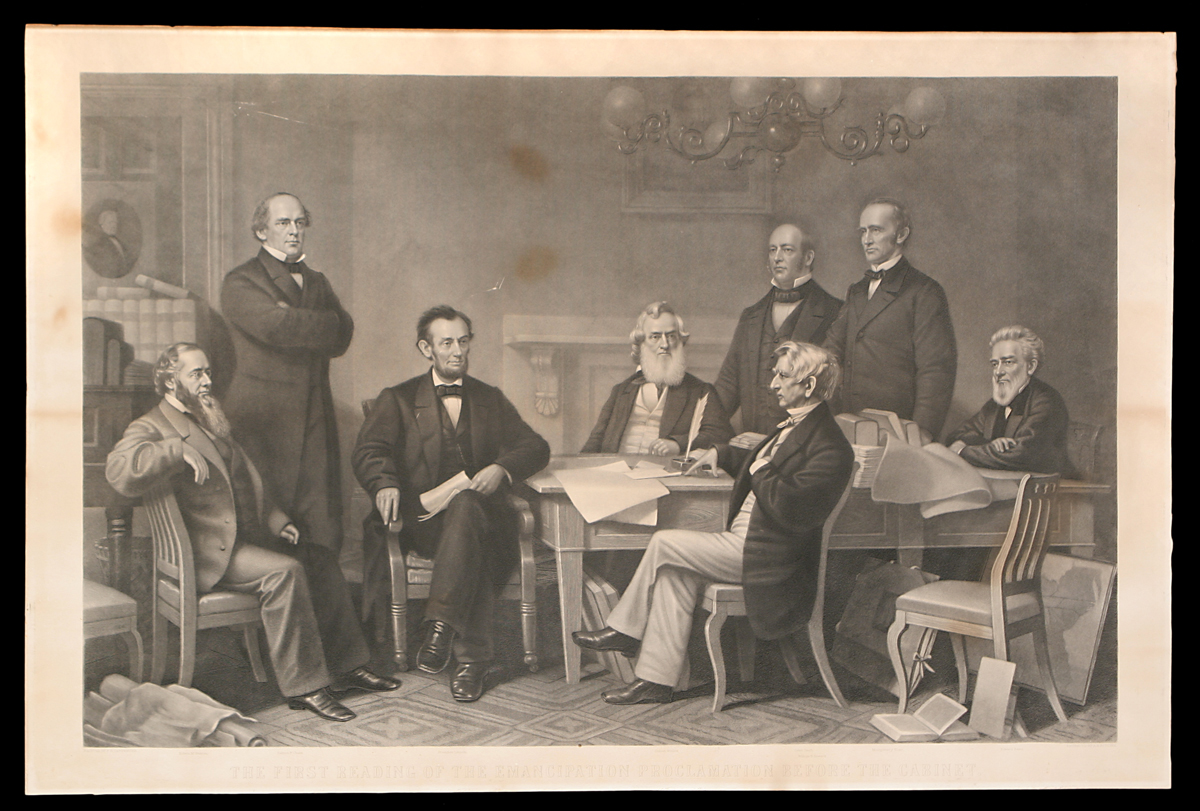 Engraving, "The First Reading of the Emancipation Proclamation Before the Cabinet" / THF6763