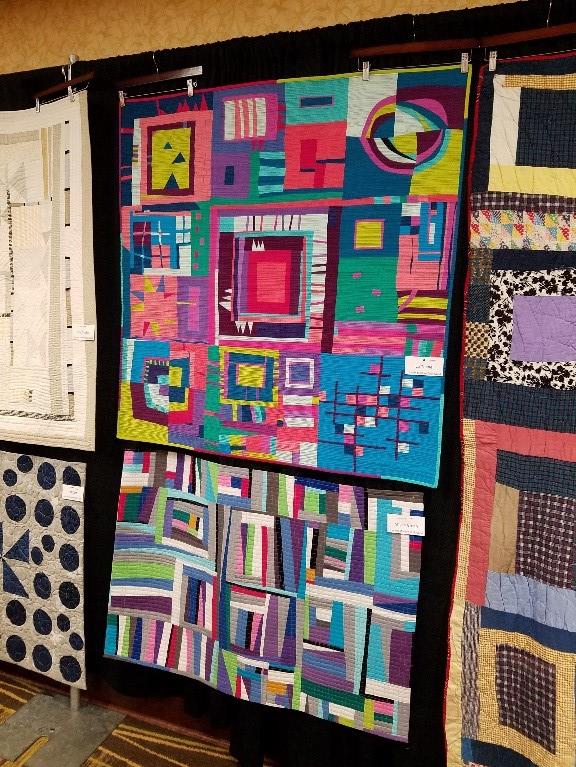 The 400 quilts in The Henry Ford’s collection, dating from the 1700s to the 2000s, represent quilting traditions of nearly 300 years--all reflecting the resourcefulness and creativity of their makers. Quilts were among the objects of everyday life that Henry Ford collected as he gathered objects for his museum. Since Ford’s time, The Henry Ford’s curators have continued to add to the collection, gathering quilts that represent diverse quilting traditions.

Quilts serve a practical purpose as warm bedcovers. Yet they are also inherently about design--from a simple traditional pattern to a unique motif crafted through the expert manipulation of pattern and color. While many quiltmakers have no formal training in design, they instinctively create attractive quilts that display their innate talents.

Quiltmaking has continued to evolve, reflecting new aesthetics and influences. An exciting, robust trend of the past 20 years has been the Modern Quilt Movement—a style of quiltmaking we are eager to add to our collection. 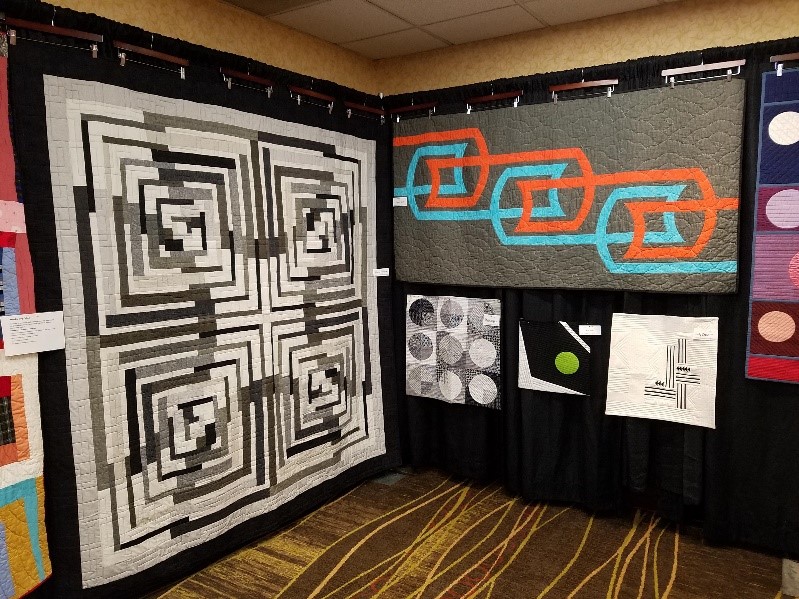 A wonderful opportunity arose. While giving a paper at the American Quilt Study Group’s October 2019 Seminar, I met Kristin Barrus, who was presenting a poster session on “Why Women Under 45 Quilt.” (Silent Generation and Baby Boomers created the quilt revival of the post-Bicentennial era. They were followed by GenX and Millennial quilters, many of whom have shaped and embraced the Modern quilt aesthetic.) 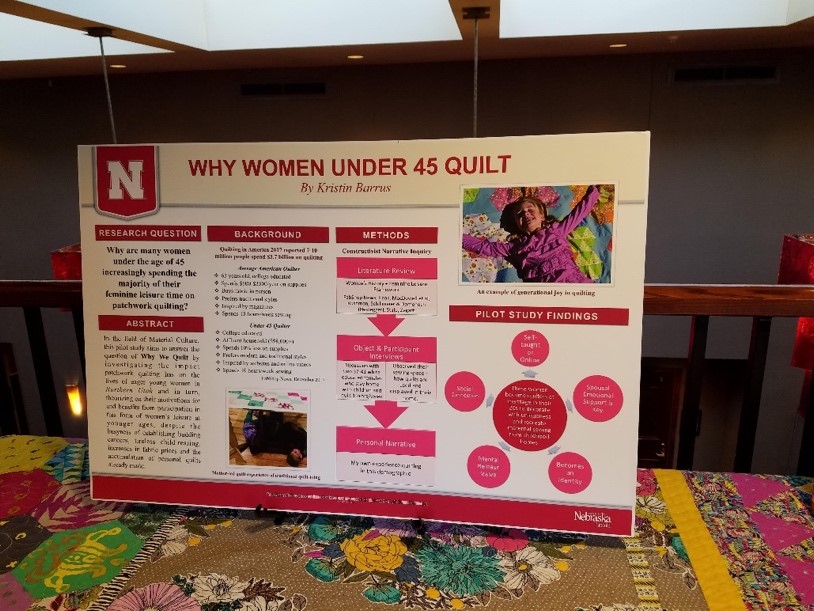 Kristin, a graduate student studying Material Culture and Textile History at the University of Nebraska-Lincoln, is not only knowledgeable about the Modern Quilt Movement, she’s a modern quiltmaker herself. We were delighted to have Kristin join us this Spring for a remote practicum experience at The Henry Ford, conducting research on the Modern Quilt Movement to help us more fully understand its vibrant landscape. Her research will inform strategic additions to our collections: examples of modern quilts, printed materials reflecting the movement, and books on the topic. Part of Kristin’s research involves a survey of modern quilters.

Here’s Kristin to tell you more about the Modern Quilt Movement, and her research survey. 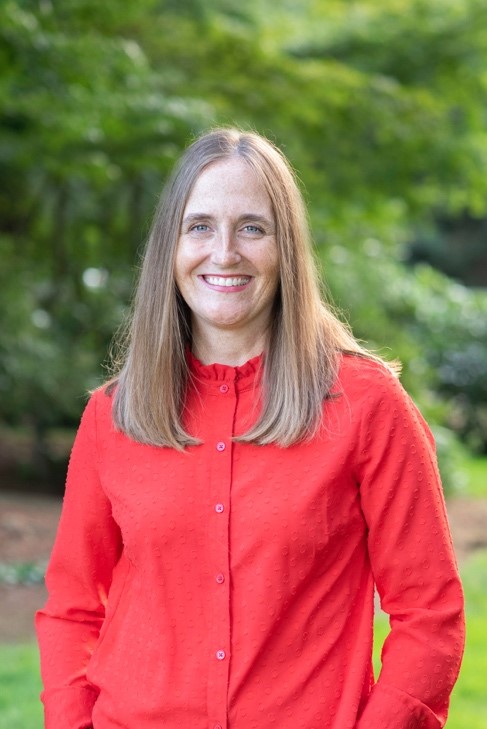 Hi, I’m glad to have this opportunity to tell you about my quilt research project! I started quiltmaking around 2003 in my twenties and got swept up with this new aesthetic called Modern quilting. I co-founded the Utah County Modern Quilt Group, which ran monthly for seven years in Lehi, Utah. While I taught at meetings, quilt shows and retreats, I realized I was more interested in watching the quiltmakers make connections with each other than with what came out of the other side of my sewing machine. (Although I do still love to make quilts!) The topic of my thesis for the University of Nebraska-Lincoln is the first study of QuiltCon, an annual convention for Modern quiltmakers. 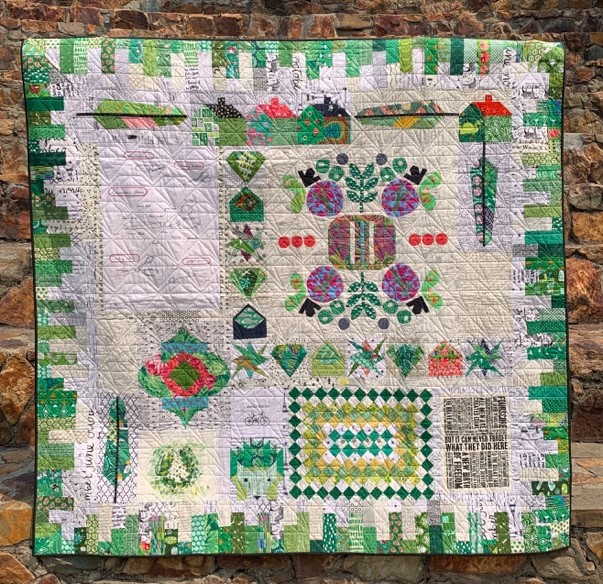 There is much to celebrate and investigate in 21st century quiltmaking. The Modern Quilt Movement is a sub-category within quiltmaking, bracketed at years 2000–2020 for the purposes of my research. Modern is a very broad and sometimes contested term, not just a new aesthetic. It’s also a new kind of experience in the contemporary quilt world. People come to Modern quilting not only to make quilts, as traditional quiltmaking guilds do, but to be a part of the energetic vibe that happens at Modern meetings, both online and in person. Often people who do not consider themselves Modern quiltmakers join because they love the inclusive comradery, mini quilt swaps and inspiration of the Modern Quilt Movement. Thus this popular phenomenon is identified not only by what Modern quilts look like, but also the type of person and the community involved.

The main design philosophy of Modern is exploration through bending or breaking unspoken—and sometimes spoken—traditional quilt rules. It relies on the use of technology such as blogs, Instagram and digital publications to connect across distances, initially building a vibrant community online. Because of the variety and dispersed nature of these makers, Modern quilting is complicated. The look of Modern quilts can include brighter color palettes in solids or prints, or quiet neutrals to create quilts with a strong graphic feel. Or it could just be a new twist on a traditional pattern. Other common aspects include, but are not limited to, large use of negative space, asymmetrical design and straight-line, rather than curvilinear, quilting. 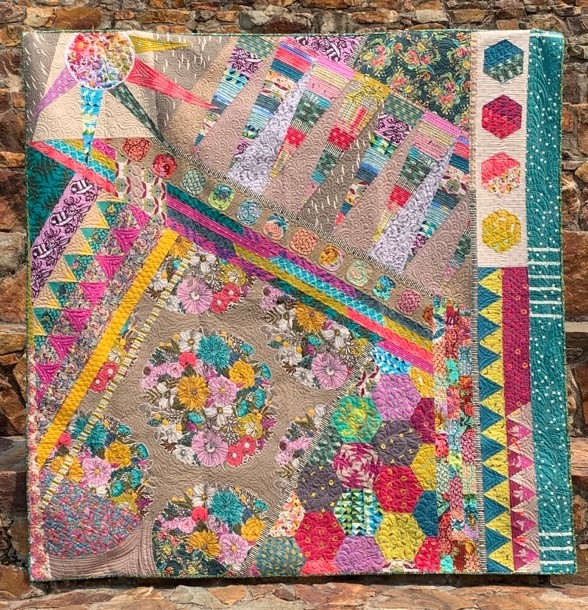 My project also includes a survey for Modern quilters. I am hoping to hear from anyone who has participated in Modern quiltmaking in any way, via an anonymous survey. I hope to capture what Modern means to the people who play a part in it: What do they feel Modern is? What are the trends and people that have influenced them? This data will help academia study what the Modern Quilt Movement is, as well as its impact on the lives of many people all over the world. The survey is anonymous, contains 15 questions and takes about 5–8 minutes to complete. 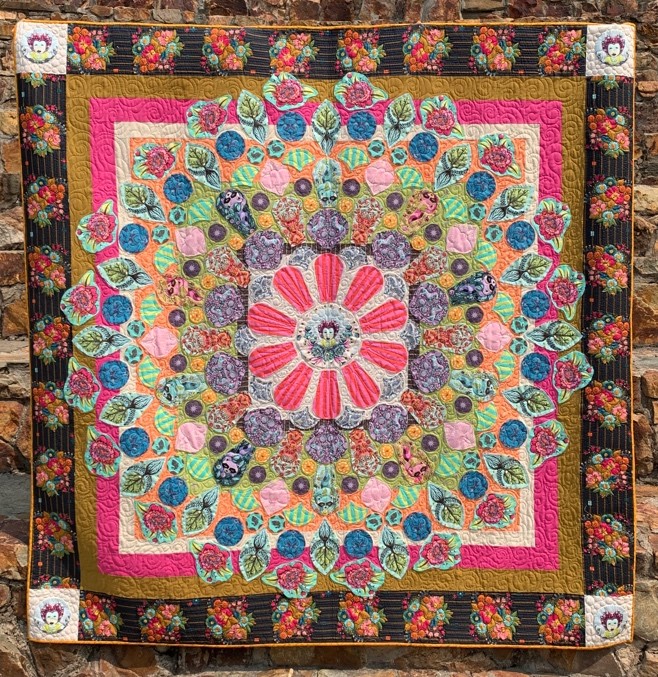 Let Your Modern Voice Be Heard

If you have participated in Modern quiltmaking in any way, please consider taking the survey, or sending it to someone you know who makes Modern quilts. The lines between Modern and Modern-traditional quiltmaking are blurred and intersect often. As you answer each question, please reflect on what Modern means to you specifically, regardless of how anyone else defines Modern quiltmaking. You can access the survey here, or using the QR code below. 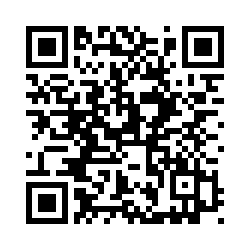 Kristin Barrus is a graduate practicum student at The Henry Ford.