The Railroad Snowplow: Brute but Complex 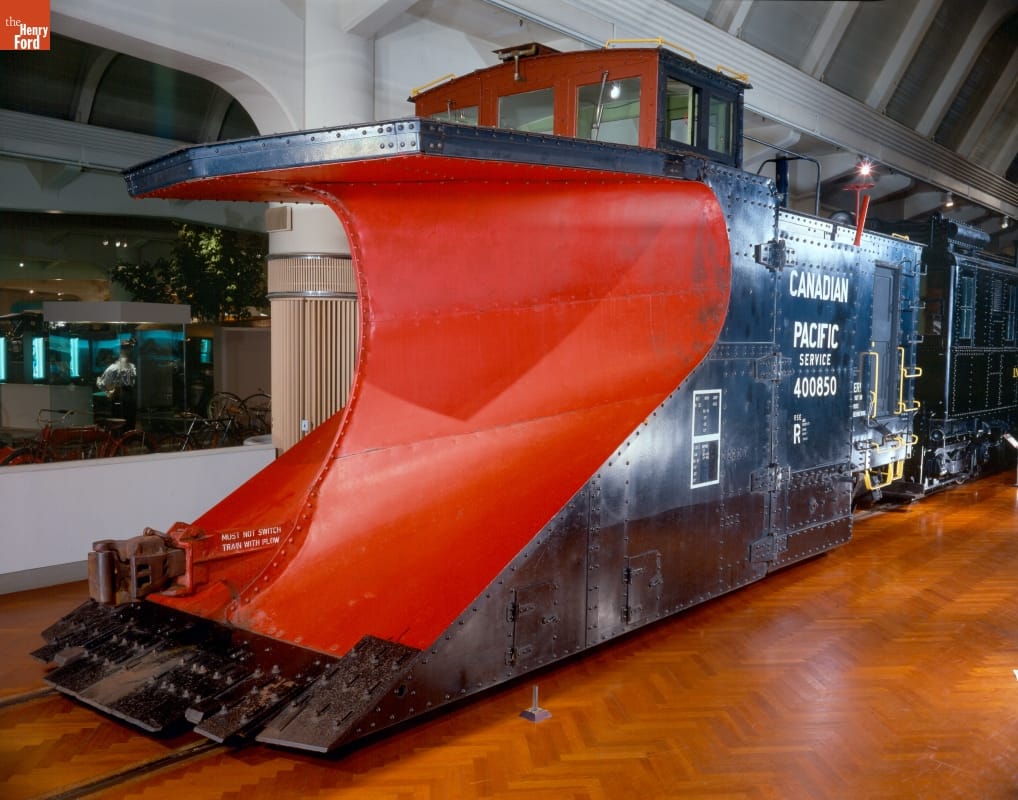 Whether they instantly recognize it as a snowplow or simply admire it for its immense curvaceous sculptural presence, visitors of all ages connect readily with The Henry Ford’s Canadian Pacific Snowplow, on exhibit in Henry Ford Museum of American Innovation.

Brute force seems to play a large role in many areas of railroading—in sheer pulling power, in machine aesthetics (or lack thereof), or in a variety of equipment assembly operations—but it is the battle with snow that offers the purest example of the use of unmediated force in the world of railroading. Pushed by as many as eight locomotives, hitting drifts at speeds of up to 65 miles per hour, and supported by “pull-out” locomotives, commissary cars, and bunk cars for maybe hundreds of shovel-duty men, snowplows were crucial to railroads whose routes extended into the high passes of the Rocky Mountains or Sierra Nevadas. 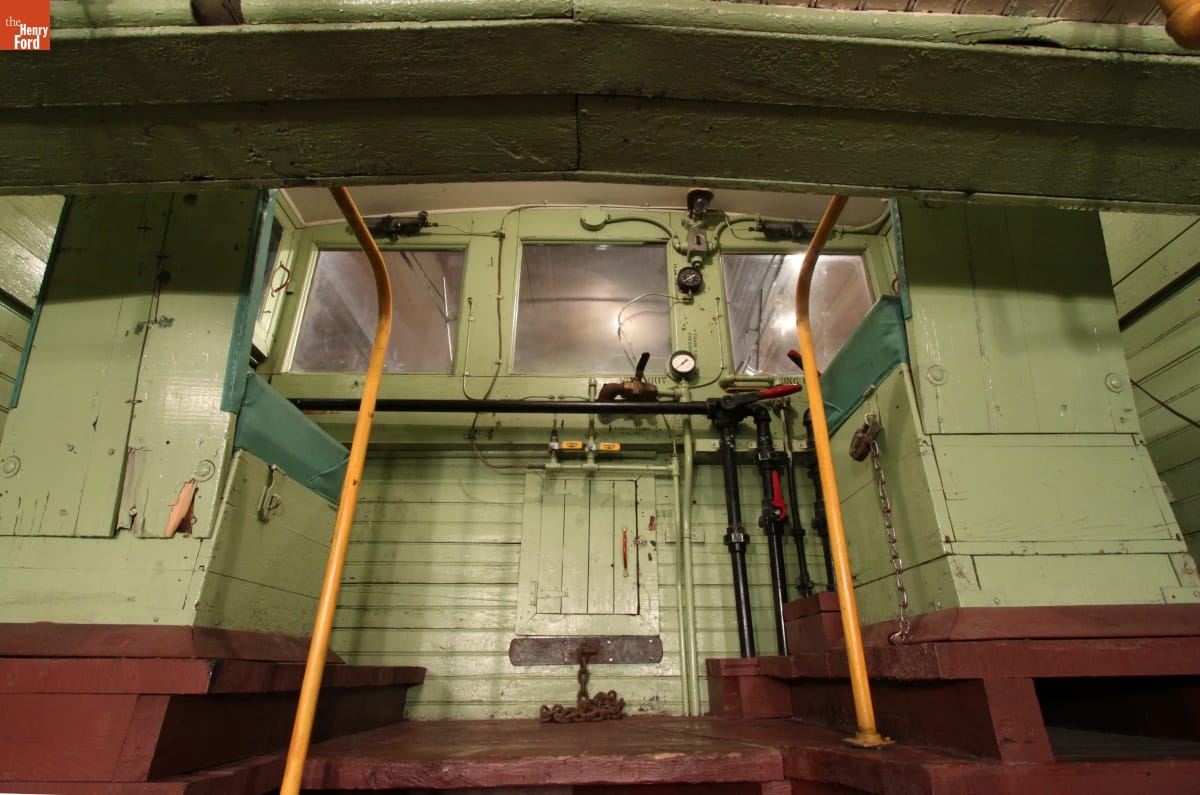 Crew seats in the cupola of the Canadian Pacific Snowplow / THF158327

The operation of these heavy but rakish-looking machines was actually quite complex: Crews stationed in the cupola deployed pneumatically powered wings and rail-clearing forward edges according to changing conditions and the proximity of grade crossing timbers or signals; judgment was called for when attacking major drifts. Derailments, loss of life, and damage to equipment could result if crews diverged from tried-and-true strategy.

The snowplow provides evidence of our continuing battle with natural forces and offers a glimpse into one of the most arduous tasks associated with railroading. “Bucking” snow was—and remains—dangerous work, taking place in areas where this struggle could swiftly turn from straightforward railroad difficulties (very few tasks associated with railroading are pleasant) to a life-and-death struggle.

Find out even more about our Canadian Pacific Snowplow here.