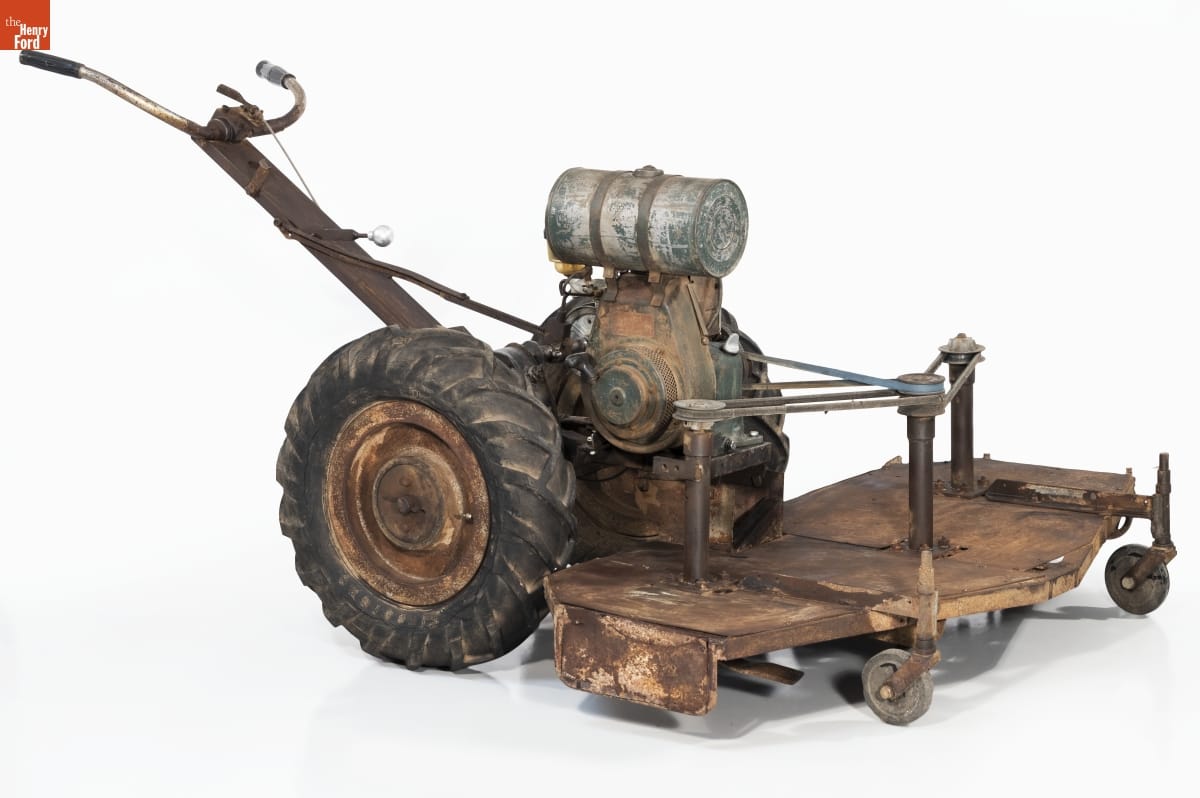 Working in his small home shop in the mid-1950s, Norman Swanson built a new style of lawn mower. He’d set out to tackle a personal problem, but his solution had universal appeal. The mowing system Swanson devised would revolutionize an industry.

Norman Swanson was born in central Wisconsin in 1919. A self-described tinkerer from an early age, Swanson cultivated his skills through a range of experiences as a young man—including enrolling in the Civilian Conservation Corps after high school, working at a machine shop, and serving in the U.S. Army during World War II—before landing a job producing motion picture film projectors for an Illinois-based production company in 1946. There, Swanson displayed his ability to not only visualize creative technological solutions, but implement them. Swanson developed a new timing device for film projectors that was so impressive, a mentor suggested he apply for his first patent. 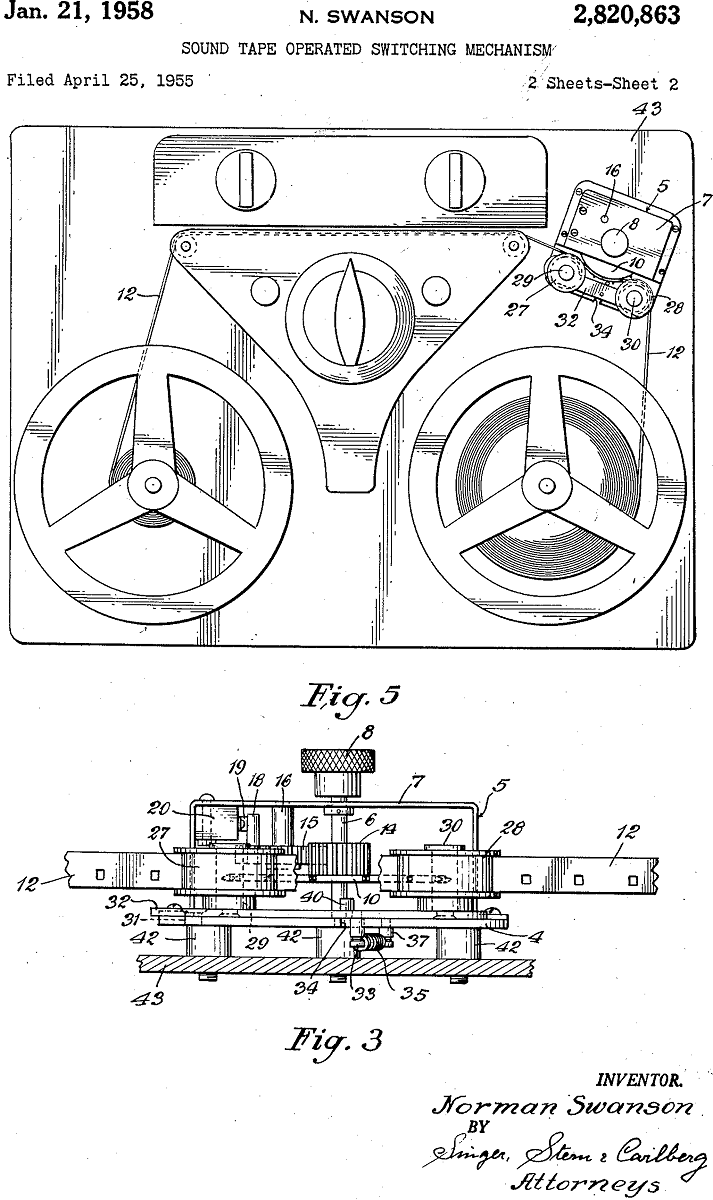 Swanson set up a small shop in his garage where he could work on overtime jobs for the production company. His operation included a lathe, milling machine, band saw, welder, and other equipment for building film projectors—and, it turned out, just about anything else Swanson could think up. So when he conceived an idea to improve the irksome chore of mowing his property, Swanson was well-equipped to bring it to life.

Norman Swanson lived on five acres with an apple orchard of 21 trees, each surrounded by a little mound of earth. By combining components of several conventional mowers, Swanson had devised a makeshift machine that could cut a swath of about 6 feet—but it was no match for the undulating landscape, which was peppered not only with stationary tree trunks, but often also loose tree limbs. During one frustrating mow around 1956, Swanson said to himself, “This is crazy. I’m going to do something about it.” Inspired by a Montgomery & Ward mower with a single rotating blade, Swanson acquired and cut down three mower blades, arranged them, and attached the system to his walk-behind garden tractor to create his first prototype "multiple cutter power mower." He also designed a deflector above the blades to better pulverize the grass clippings. For the next iteration, Swanson mounted a multiple-cutter system beneath his International Harvester Cub Lo-Boy tractor. He recalled being “so pleased with the results.” Three small blades required less horsepower than one big one, and he “could go right up to the trees and around. It was unbelievable.” Swanson applied for two patents on these lawn mowing innovations and received them in 1959. 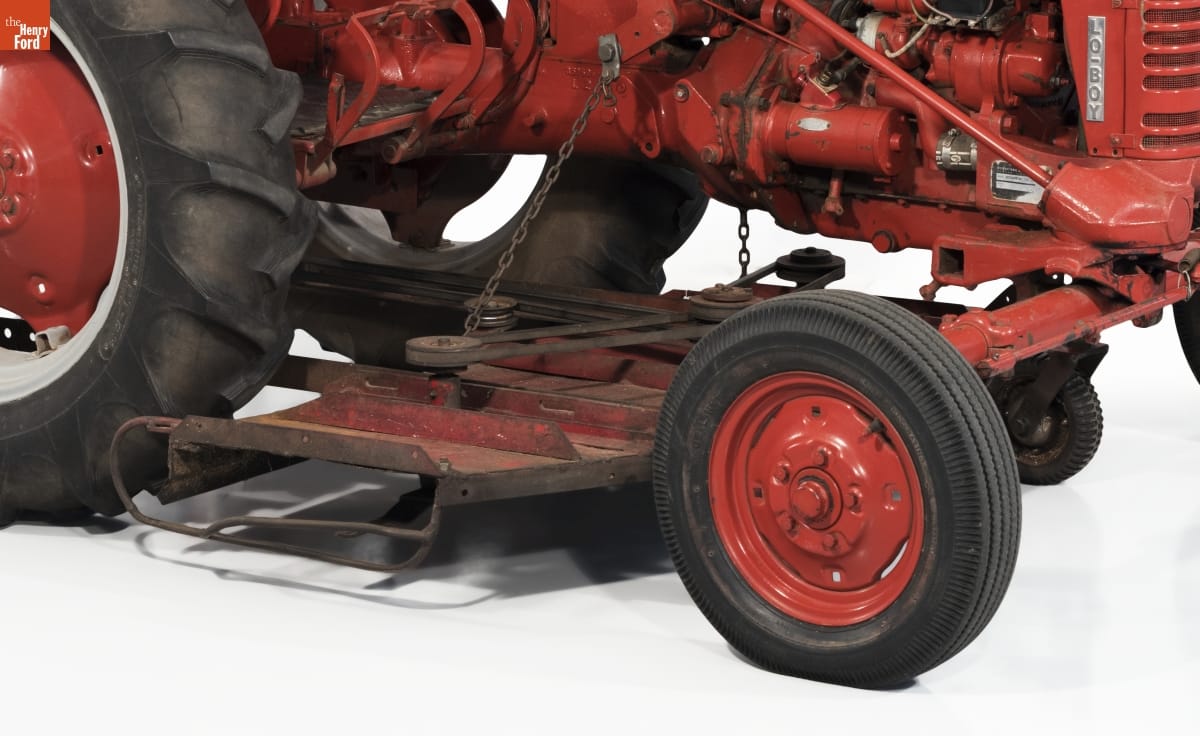 Norman Swanson mounted his innovative multiple-cutter system to his walk-behind garden tractor (see image at very top of post) and then beneath his International Harvester Cub Lo-Boy tractor to create his first prototype lawn mowers. / THF175803 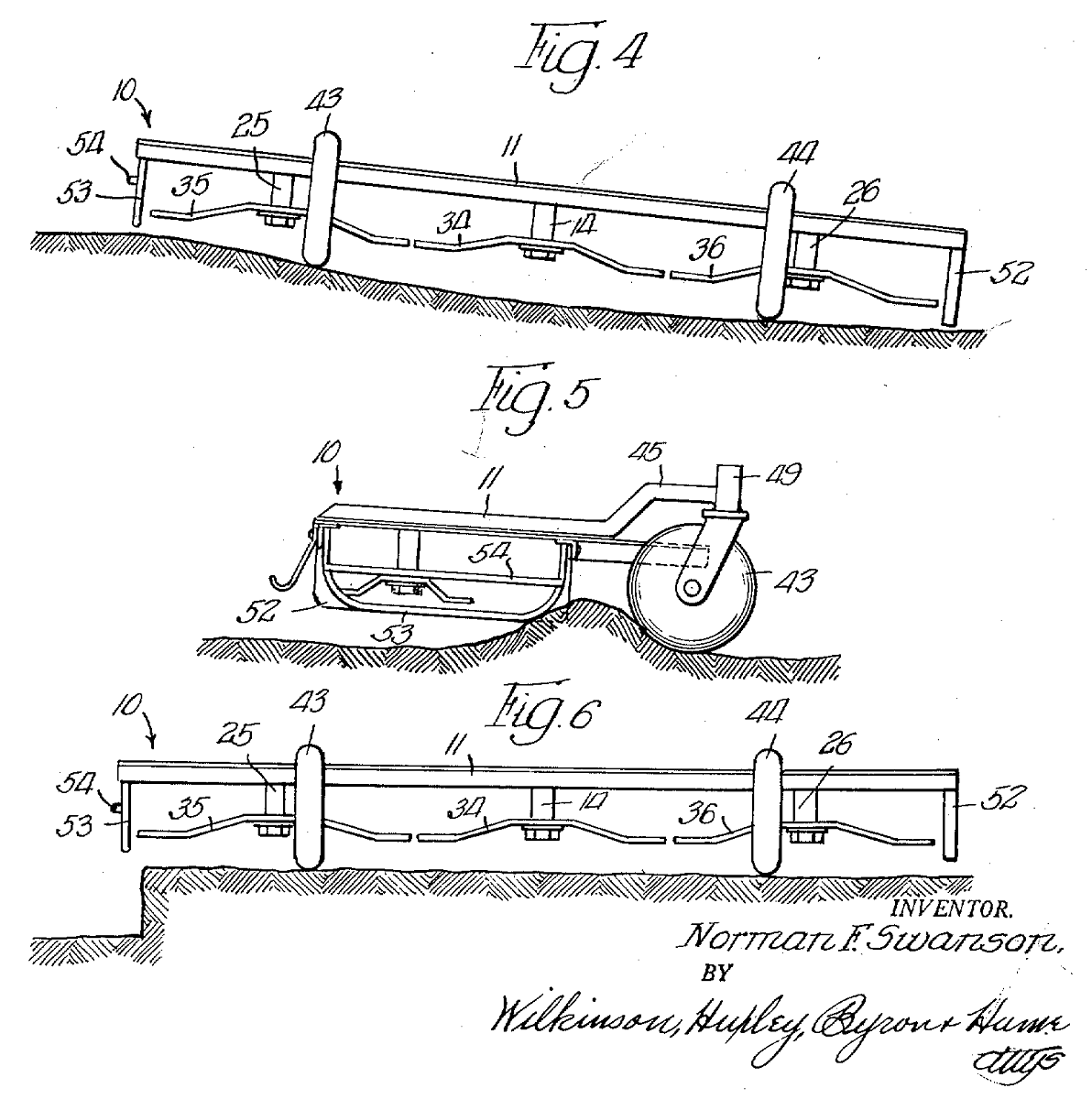 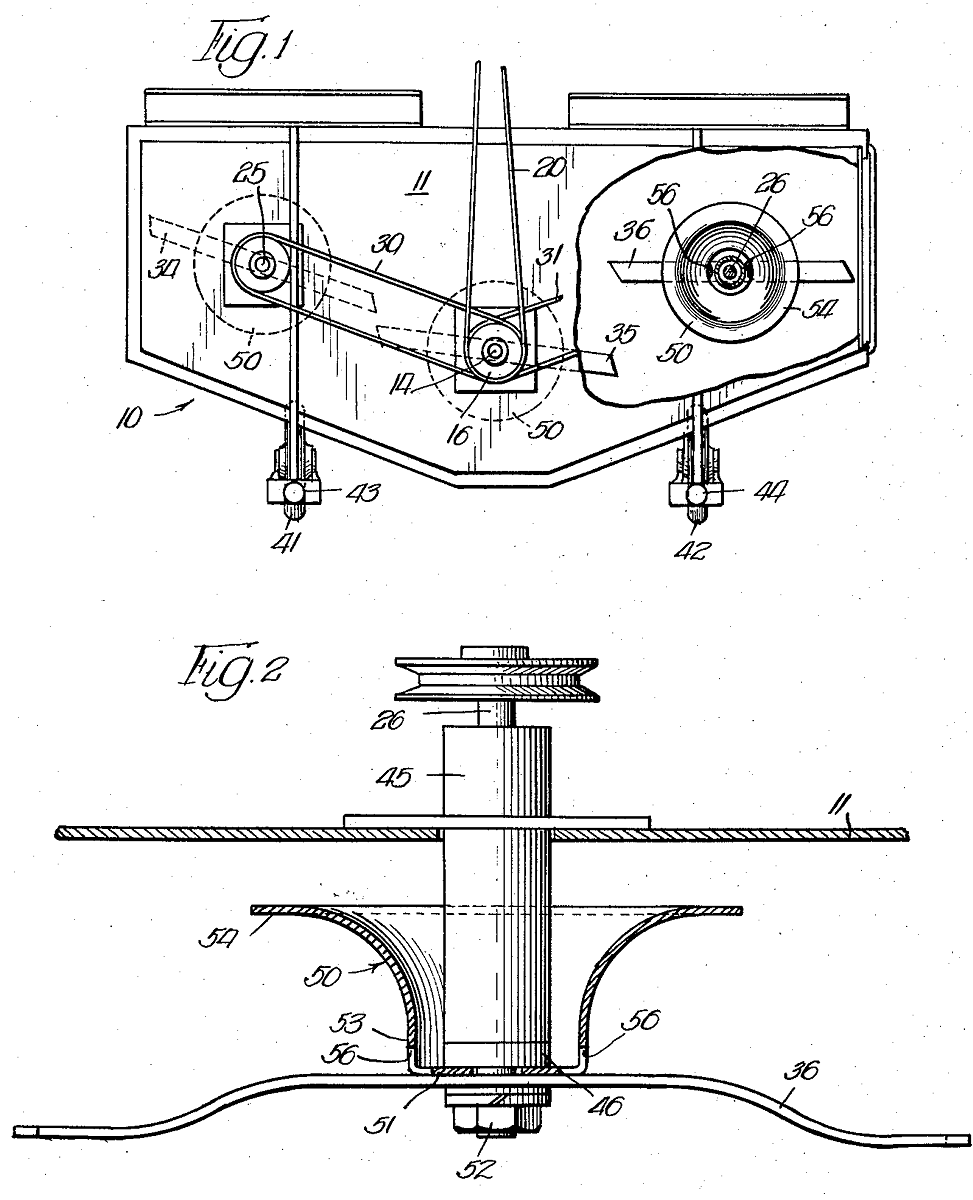 Swanson wasn’t the only one impressed with his new lawn mower design. A neighbor requested a multiple-cutter system for his own tractor and then introduced Swanson to a farm equipment manufacturer, Pennington Manufacturing, who supplied Sears, Roebuck and Co.’s Bradley line of lawn and garden equipment. Swanson contracted with Pennington, building a successful demonstration prototype for Sears and a second prototype that became the basis for the Bradley mower manufactured by Pennington and sold through Sears from 1958–1960. Unfortunately, a conflict over royalties ended Swanson’s arrangement with Pennington, and he settled without receiving full payment or credit for his patented designs—even though they remained central to mowers sold by Sears and other major manufacturers. 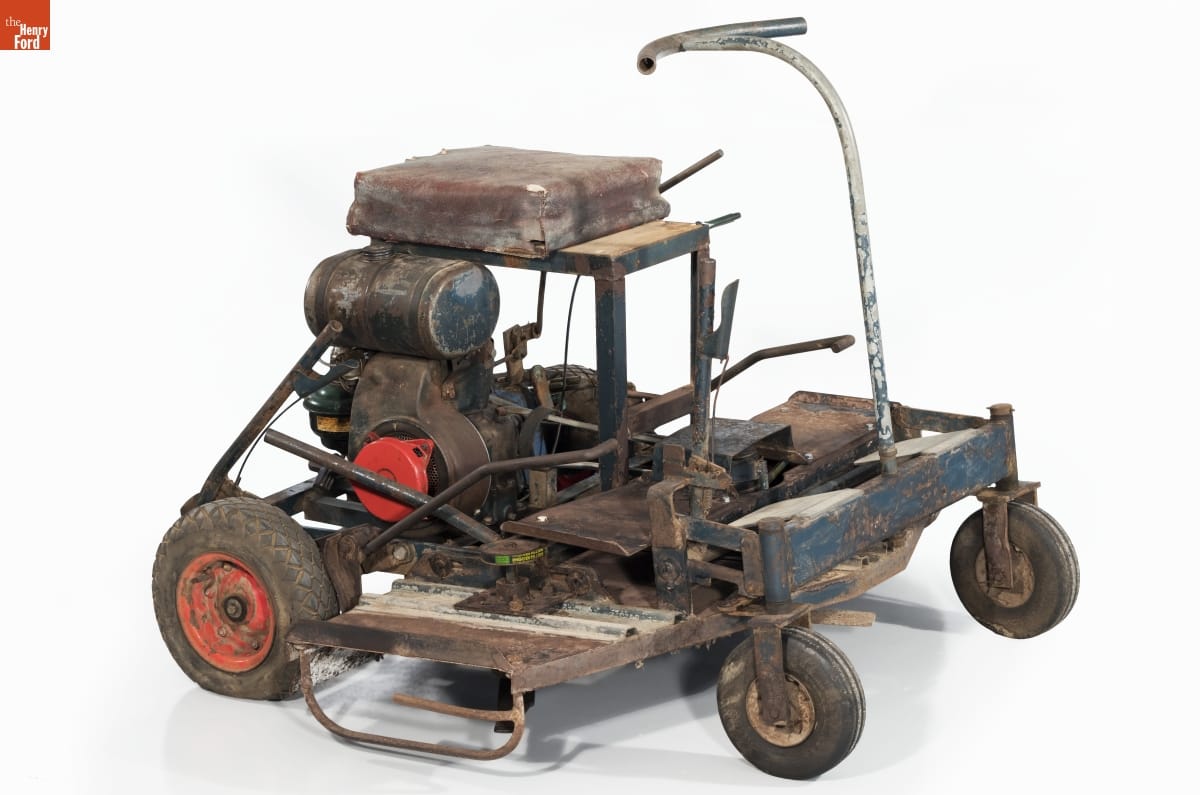 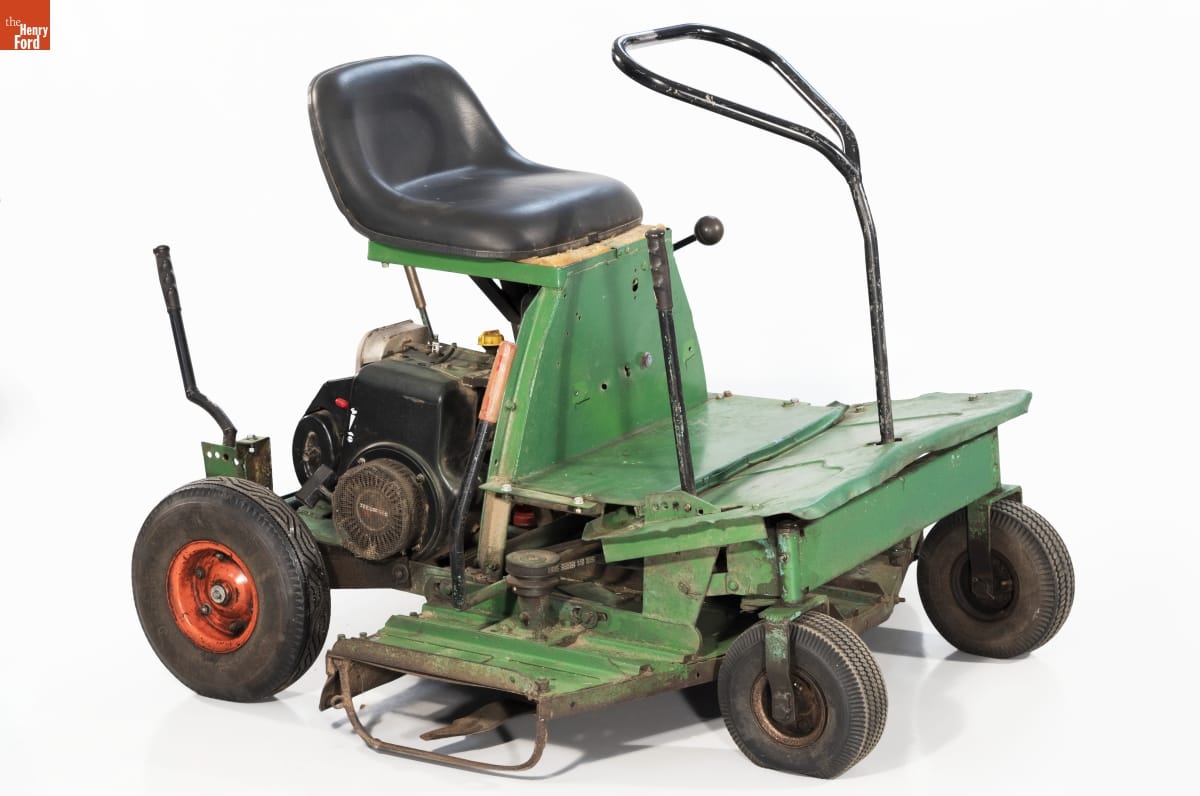 Norman Swanson built and demonstrated a prototype (top) for Sears executives, convincing them to use his design (bottom) for the company’s Bradley line of lawn mowers. / THF175758 and THF175760

Though somewhat dismayed, Swanson pressed on. He explored the possibility of producing a new riding mower, called the Wil-Mow, with a metal parts manufacturer in Michigan. Though the Wil-Mow never went into production, the partnership was not fruitless. Along the way, Swanson collaborated with a fellow lawn mower enthusiast to design and patent supports to secure a mower’s blades and keep them from damaging turf. The Wil-Mow prototype—manufactured in Michigan with a transmission built by Norman Swanson and his son, Curtis—included this patented feature.

Having weathered troubled partnerships for nearly a decade, Norman Swanson decided to try going into business for himself. He and his son built and sold 50 mowers under the Swanson name before ultimately deciding to step away from lawn mower manufacture. 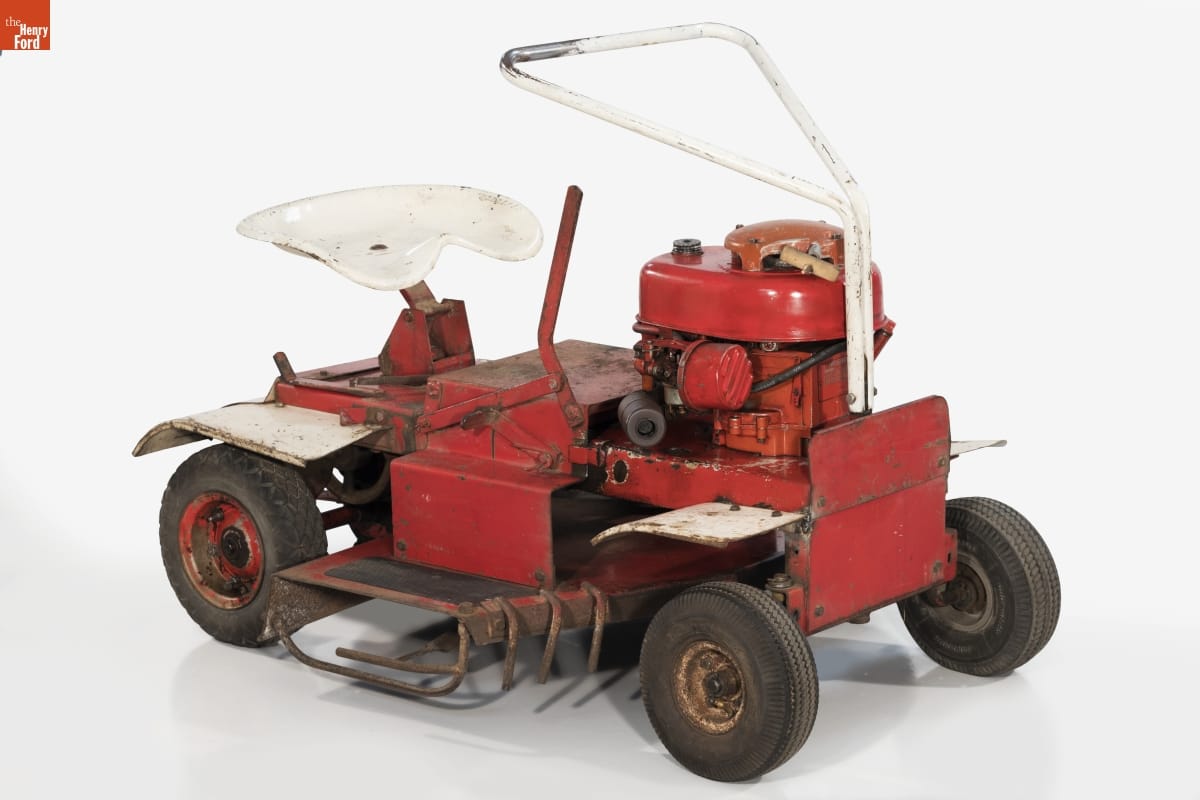 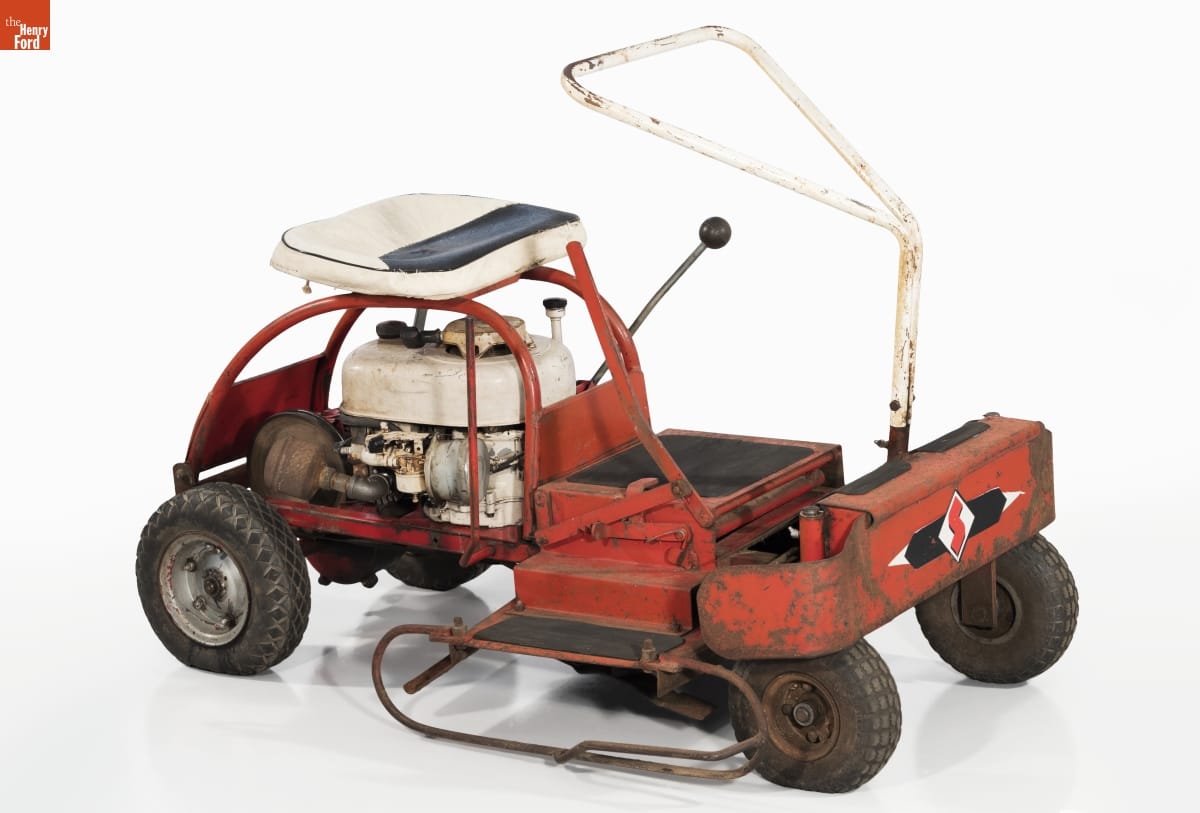 Though the “Wil-Mow” (top) never went into production, and only fifty of Swanson’s mowers (bottom) were ever sold, these machines represent the lasting technological change Norman Swanson contributed to lawn mower manufacture. / THF175761 and THF175759 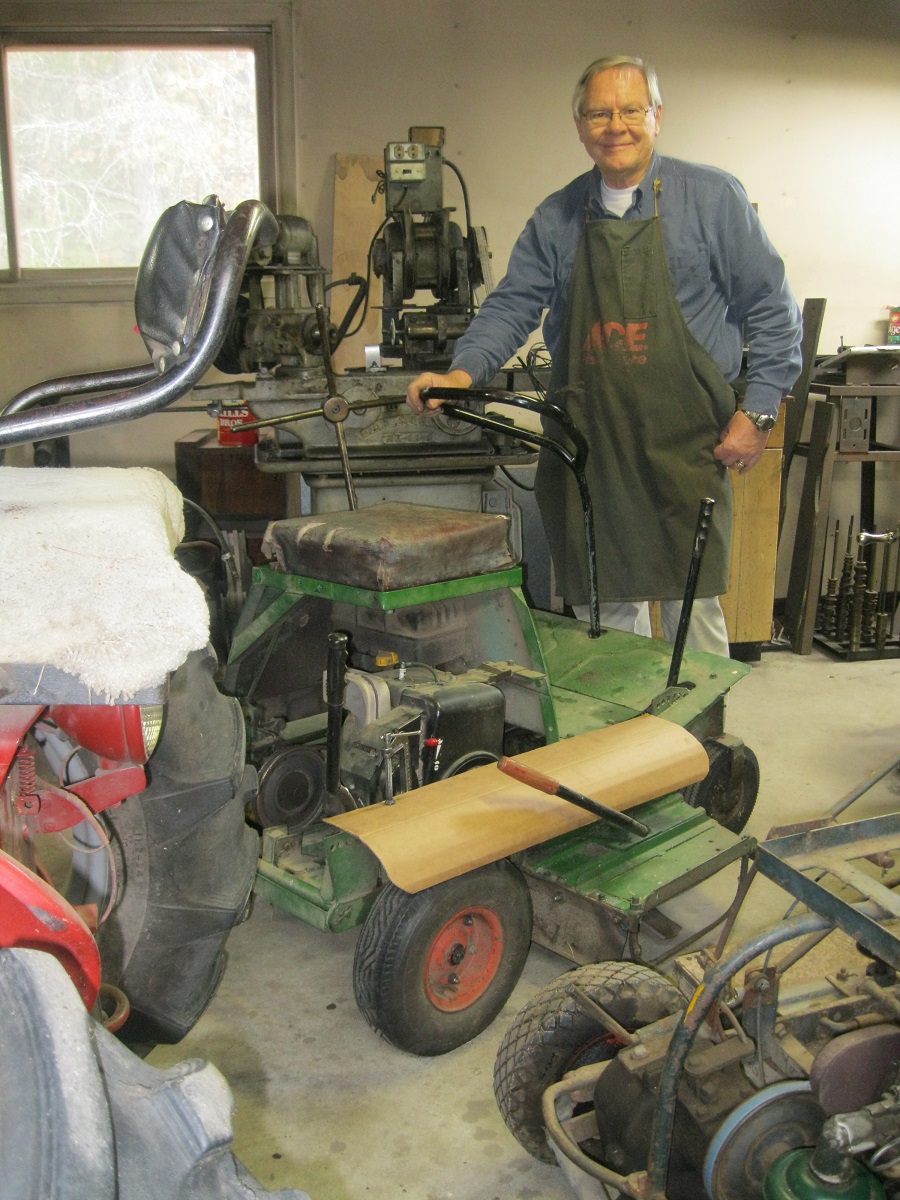 Curtis Swanson poses with one of his father’s prototype lawn mowers in November 2018. / Photo by Debra Reid.

Norman Swanson didn’t gain fame or fortune, but he understood the lasting importance of his contributions to lawn mower development. In an interview conducted by Debra Reid, The Henry Ford’s Curator of Agriculture & the Environment, in November 2018—less than a year before his 100th birthday—Swanson acknowledged that “the whole industry [was] operating” with the basic ideas he patented. Indeed, the technological improvements Norman Swanson developed remain standard on many lawn mowers sold today. The machines he built, now in the collections of The Henry Ford, continue to tell his story.


Saige Jedele is Associate Curator, Digital Content, at The Henry Ford. This post was based on the research and writing of Debra Reid, Curator of Agriculture & the Environment.