December 19, 2018 Archive Insight
Sure, trains may still be the classic holiday transportation toy (thank you very much, Polar Express), but some children still look to the skies when putting together their wish lists. We’ve got any number of pilotable playthings in our collection, but here are a few of our favorites. 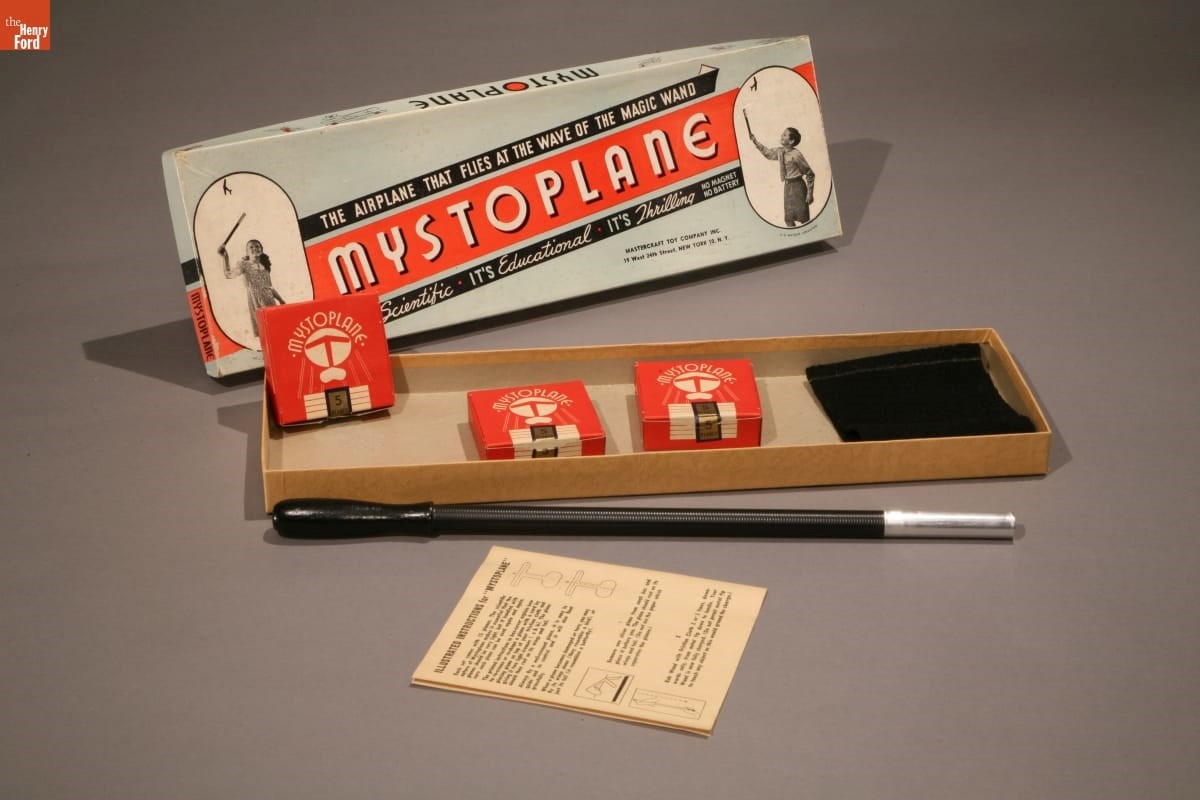 “It’s scientific! It’s educational! It’s thrilling!” So claims the Mastercraft Toy Company about Mystoplane. This little airplane flies through the air without rubber bands or batteries, but with the wave of a magic wand. In reality, the Mystoplane is an extremely thin piece of foil, and the wand’s mystical power is plain old static electricity. Rub the wand against the included cloth and the resulting static charge causes the foil airplane to float near the wand’s tip. It’s low-tech fun at its best. 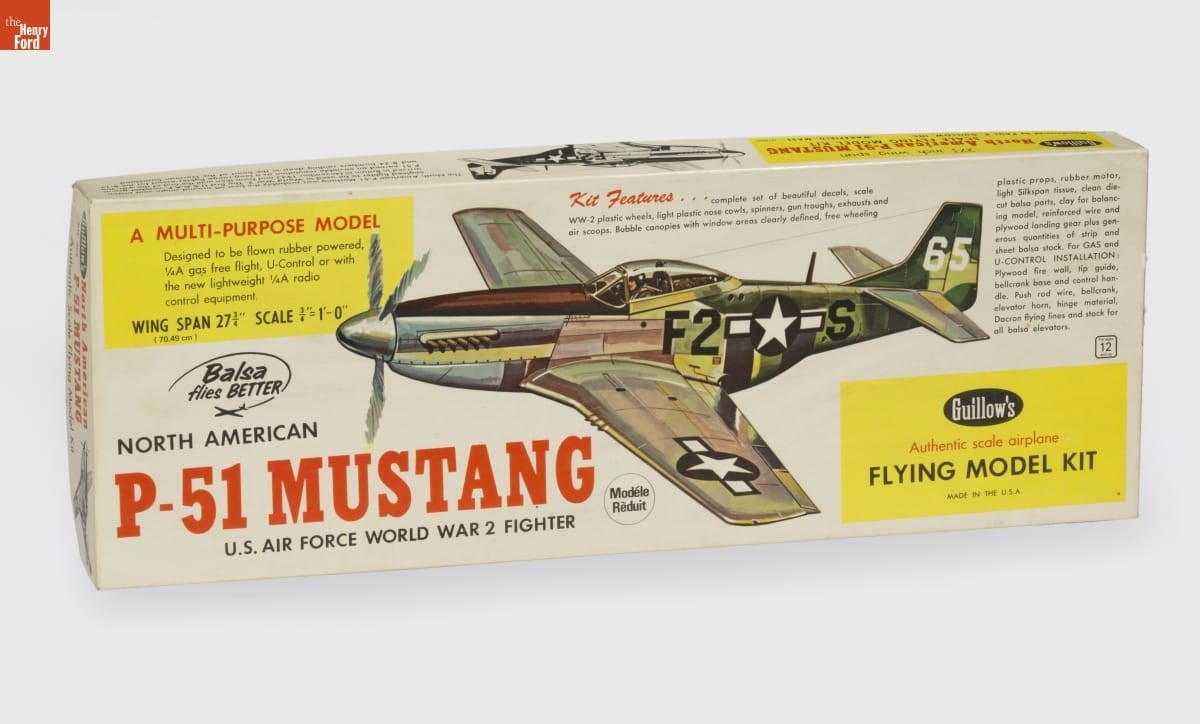 North American Aviation’s P-51 Mustang ranked among the pre-eminent fighter airplanes in World War II. With its powerful engine and its efficient wing and fuselage design, the Mustang flew faster and farther than other Allied fighters. Mustangs escorted B-17 and B-24 bombers on raids deep into German territory. When fitted with external drop tanks to increase its fuel capacity, a Mustang could make it all the way from Britain to Berlin and back. The P-51D version, equipped with a Packard-built Rolls-Royce Merlin V-12 engine, topped out at more than 430 miles per hour. This balsa wood model doesn’t have quite the range or speed – but how much can you expect from a rubber band? 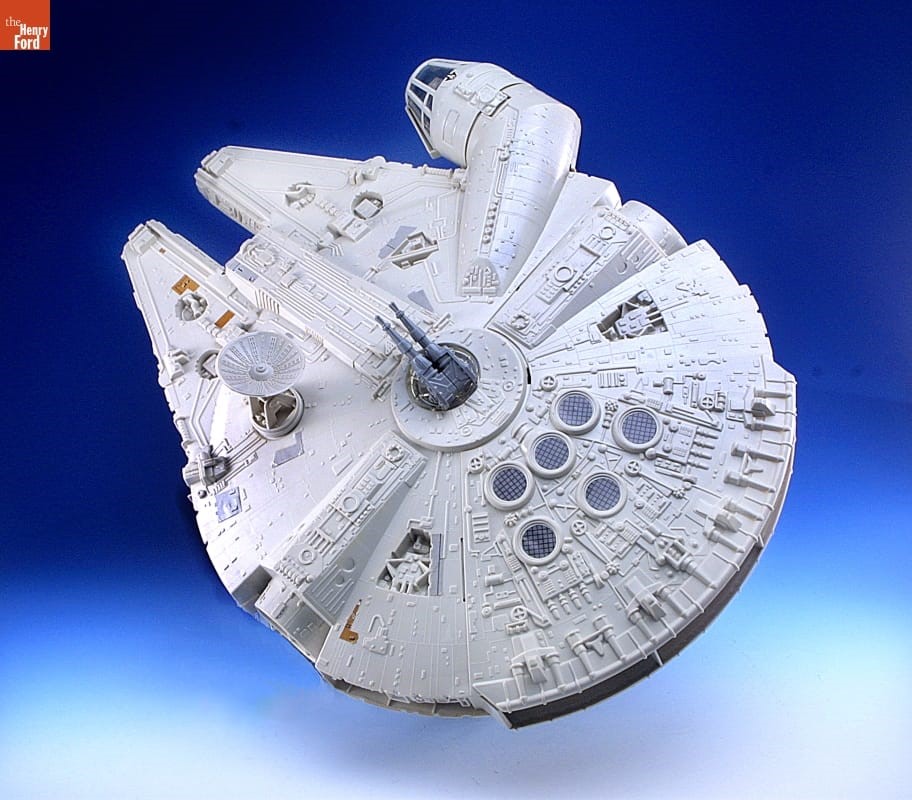 Part of Kenner Products’ line of action figures based on the original Star Wars films, this Millennium Falcon spaceship didn’t technically fly…but in the hands of an imaginative kid (or kid at heart), she’ll make point-five past lightspeed, carrying Han Solo and Chewbacca (sold separately) on adventures across the galaxy.

The level of detail, functionality, and compatibility with the popular 3.75” action figures made this the definitive Millennium Falcon toy for the first generation of Star Wars fans.  Updated versions of the toy produced from 1995 to 2005 reused many of the original design elements.  She may not look like much, but she’s got it where it counts. 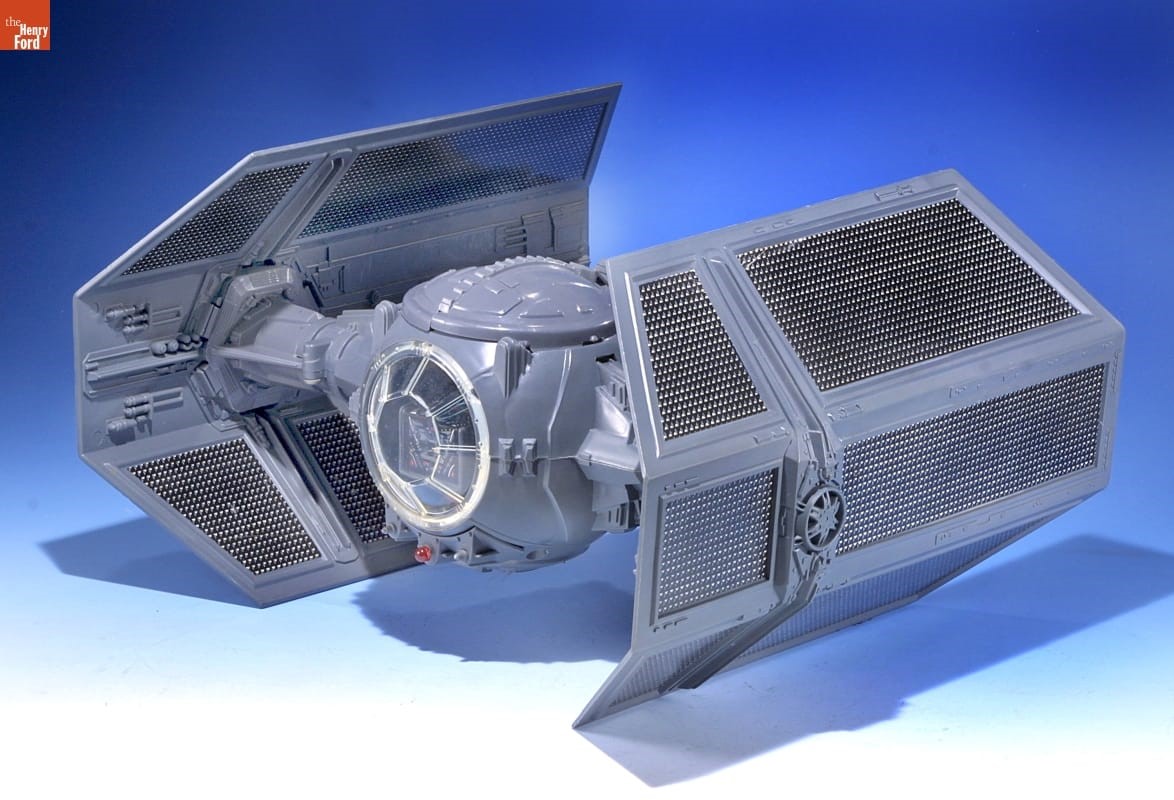 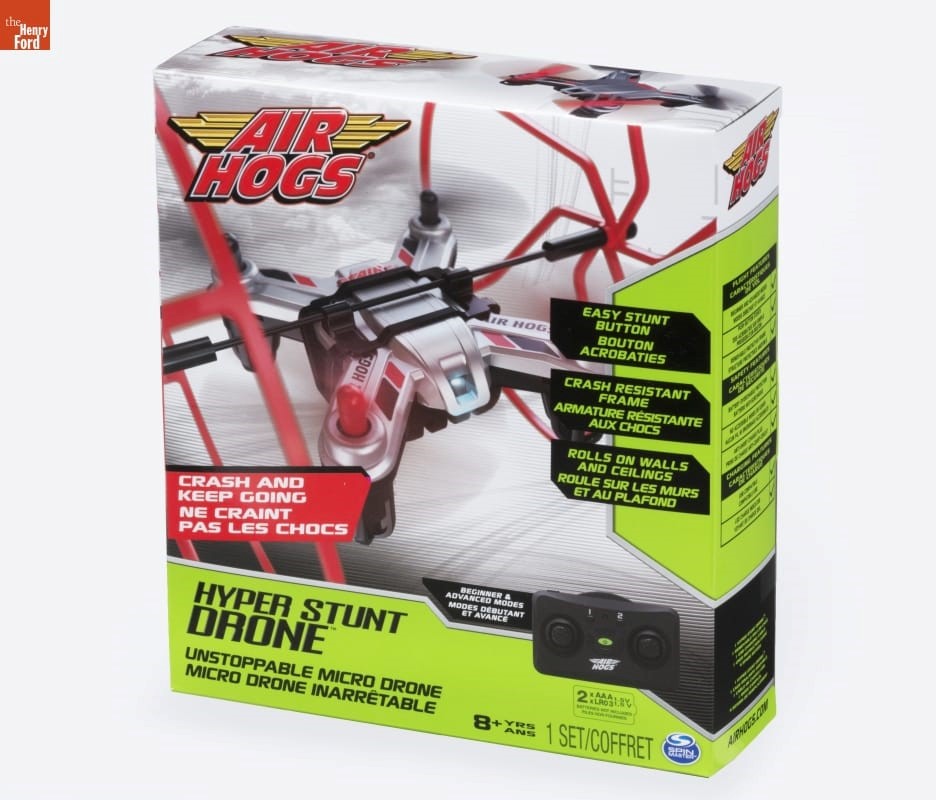 Static electricity and rubber bands were fine for the 20th century, but today’s toys are a bit more complex. This Air Hogs micro drone runs on two AAA batteries for the remote control and a USB-rechargeable battery in the drone itself. The little flyer is designed to be as user-friendly as possible, with a basic “beginner” mode and a set of shields that allow it to bounce off of obstacles. (“Crash and keep going.” If only everything in life was so simple!) Once you’ve mastered the basics, you can switch over to “advanced” mode, remove the shields, and fly as high as your confidence – and your ceiling – allows.

Never underestimate the power of play. You never know what inspiration a toy might spark – even years after the fact. You may have heard the story of the two brothers whose father brought home a rubber band-powered toy helicopter. They played and played with the little gadget and, when it broke, built versions of their own. Years later, they remembered those toys as they experimented with a new, larger project in the dunes near Kitty Hawk…

childhood, by Jim Orr, by Matt Anderson, toys and games