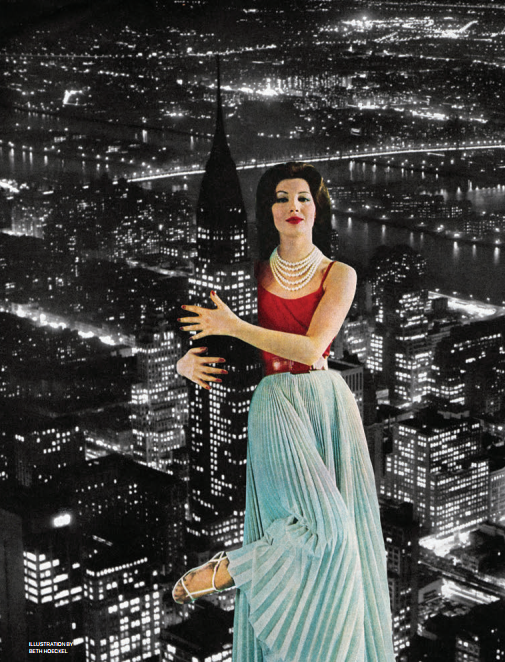 More often than not, these two disciplines and the artists that practice them go hand in hand

When the founders of Kate Spade decided in 2015 that they wanted to once again make a go of the accessories business, they decided that their new label, called Frances Valentine, would consist primarily of shoes instead of handbags (which was the thing they originally became famous for in the early 1990s).

The handbag market is crowded enough, they said, so rather than offer dozens of pocketbooks, they whipped up just a few easy-to-carry totes and a broad range of footwear, including everything from casual sneakers to sky-high stilettos.

No matter what category they’re chasing, designers Andy Spade and Kate Valentine — who changed her surname in order to create a delineation between the real person and the still-active brand — will always favor clean lines mixed with artful graphic flourishes. That’s why the collection’s pièce de résistance is a chunky geodesic heel that makes an appearance in the designer’s spring collection under a strappy sandal and, in the fall, a sharp Chelsea boot. The heel was inspired by American architect R. Buckminster Fuller, whose futuristic domes can be found everywhere from Russell Township, Ohio, to Montreal, Québec.

It’s a novel interpretation, but hardly an unexpected one. “Fashion is architecture,” Coco Chanel once said. “It is a matter of proportions.”

BODY OR BUILDING
Indeed, fashion and accessories designers have long applied the principles of architecture to their chosen medium. There are endless examples of the two intermingling. What they have in common is functionality. Unlike art, which often has no end use other than contemplation, architecture and fashion both serve a purpose. The precision required to erect a building or some other sort of edifice is an inspiration for designers, who must often bring structure to a material that lacks form.

It’s no surprise that several of fashion history’s greatest practiced or at least studied architecture before learning to drape a dress. Tom Ford was an undergrad at Parsons Paris (a branch campus of New York’s esteemed The New School) when his eye began to stray from the monumental toward the sartorial. Legendary Italian designer Gianni Versace studied architectural drafting while moonlighting as a buyer for his mother’s clothing store in southern Italy. Italian designer Gianfranco Ferre, who earned a degree in architecture from the Milan Polytechnic Institute, began his fashion career designing accessories, a process that is often more in line with that of his intended profession — perhaps because it requires the eye of an industrial designer.

Dubbed “the architect of fashion,” Ferre went on to lead the House of Dior from 1989 to 1996. His most notable contribution to fashion, however, is his white shirt iterations. (A garment that requires plenty of engineering to get right.)

Becca McCharen, the Brooklynbased designer behind Chromat, has used the foundations of her architecture degree from the University of Virginia to build an unorthodox fashion label. “Architecture school taught me how to approach a design project,” she said. “It is my full reference on how to design.”

Without any formal fashion training, McCharen treats each garment as if it’s a building. “I think of the body as a building site,” she continued. “Just as you’d be looking at materials and the map of a site before you start plans, we’re looking at context, too. Joints and the movement of the joints all around the place we’re designing for.”

The designer, best known for the cage-like structures she molds to the body, also uses her electrical engineering know-how to wire garments so that they are illuminated in an enticing, not hokey, way.

A MUTUAL ADMIRATION
It might be the minimalists, many of whom are not trained architects, who take the practice’s theories most wholeheartedly.

Cuban-born American designer Narciso Rodriguez wanted to be an architect before he became a fashion designer, and the exacting lines of his clothing reflect that. “Architecture is always one of the foundations for me,” he once told The New York Times. The New York-based designer’s favorite buildings include resident treasures such as the Seagram, Empire State and Chrysler buildings.

The Turkish-born, London-based designer Hussein Chalayan has been known to draw more directly from the well of home design, crafting a skirt out of a coffee table and creating a dress that functions as a chair. Or there is Los Angeles-based designer (and former architect) Airi Isoda, whose company is called wrk-shp. She has taken to dipping clutches in latex house paint and coats in concrete.

Isoda, who studied architecture at the University of Southern California, has said the exhibit Skin & Bones: Parallel Practices in Fashion & Architecture at the Museum of Contemporary Art in Los Angeles was a lightbulb moment. “It was the first time I saw fashion in a new light — conceptual and architecture for the body,” Isoda told the website Archinect. “Viewing an elaborately draped dress with folds similar to a façade of a building I studied in school … it was just an eye-opening experience because I saw intellectual fashion, past its somewhat superficial and superfluous nature.”

Isoda went on to study fashion design; wrk-shp is a culmination of her multiple disciplines. The company designs clothing and accessories, lighting, objects and buildings in Los Angeles and beyond. In fact, the buildings of Japanese architect Toyo Ito inspired Isoda’s latest apparel collection. In particular, his “lily pad” columns have informed her silhouettes and pocket details.

It’s important to note that the relationship between fashion and architecture is one of mutual admiration. “Starchitects” are often commissioned to design clothing and accessories. For instance, architect Zaha Hadid was almost as well known for her honeycomb-lattice jewelry as she was for erecting the Guangzhou Opera House. Before her death in 2016, she had also collaborated with the shoe label United Nude, as has Dutch architect Rem Koolhaas.

But many of the most important fashion and architecture collaborations have nothing to do with actual clothes. Consider the ongoing partnership between Koolhaas and Prada. He has designed several retail stores for the Italian brand and also collaborates with its leader, Miuccia Prada, on collection visuals. The relationship between these two — underscored in the skate-park-like Prada store in New York’s SoHo neighborhood, which still impresses 15 years after it opened — has served as an example for many. Like Prada’s clothes, Koolhaas’ concepts remain interesting years, and even decades, after they are conceived.

Making things that last, not just structurally but also intellectually, is the greatest challenge for both architects and fashion designers. Perhaps the fact that clothing and buildings are both rooted in need first and desire second best explains why these two worlds cannot be uncoupled from one another.

By Lauren Sherman. This story originally ran in the June-December 2016 edition of The Henry Ford Magazine.