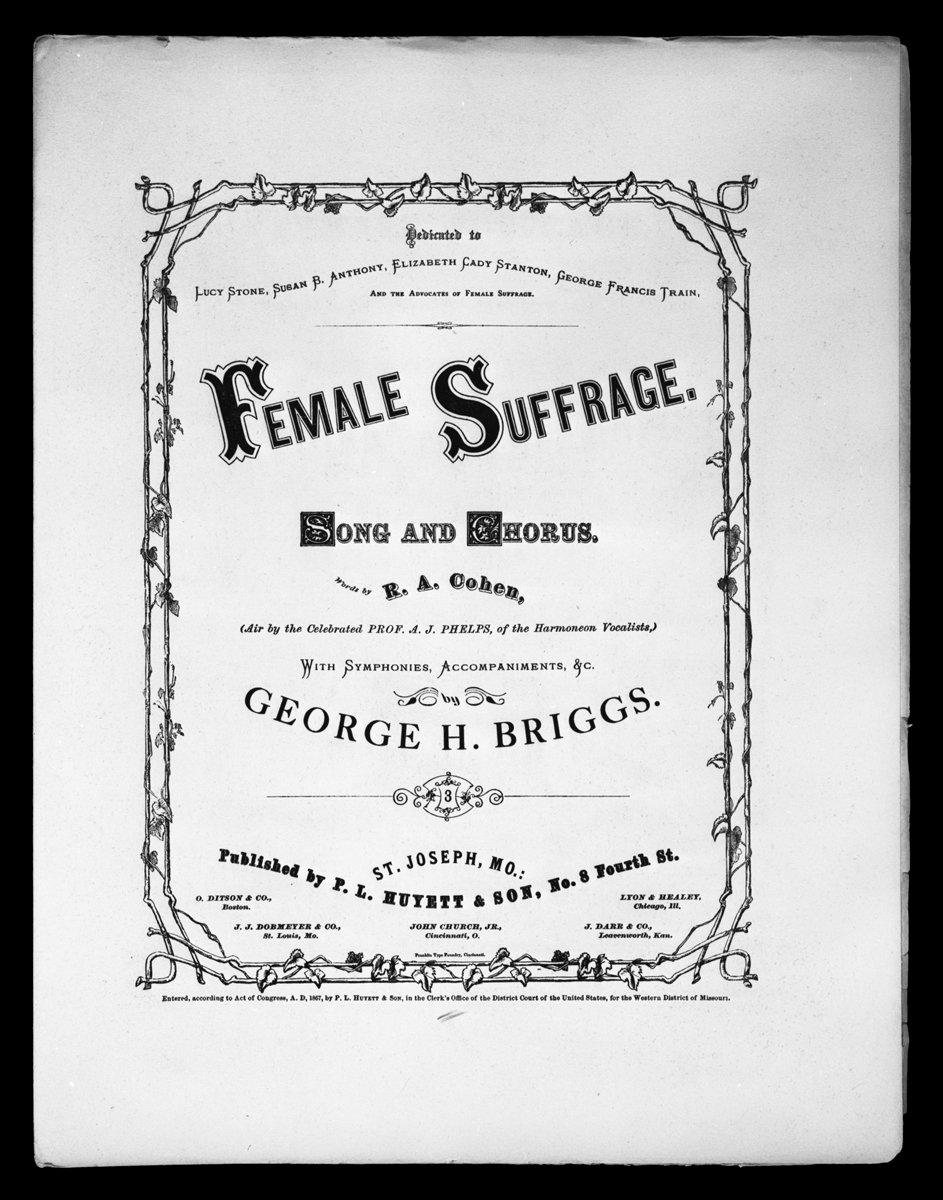 We often hear the names of Elizabeth Cady Stanton and Susan B. Anthony in connection with the early struggle for “woman’s suffrage,” which we know more commonly today as “women’s suffrage”—the right of women as American citizens to vote. What is lesser known is that the early women’s suffrage movement began within the context of the broader struggle for women’s rights and it involved many more people—men as well as women, Black as well as white. 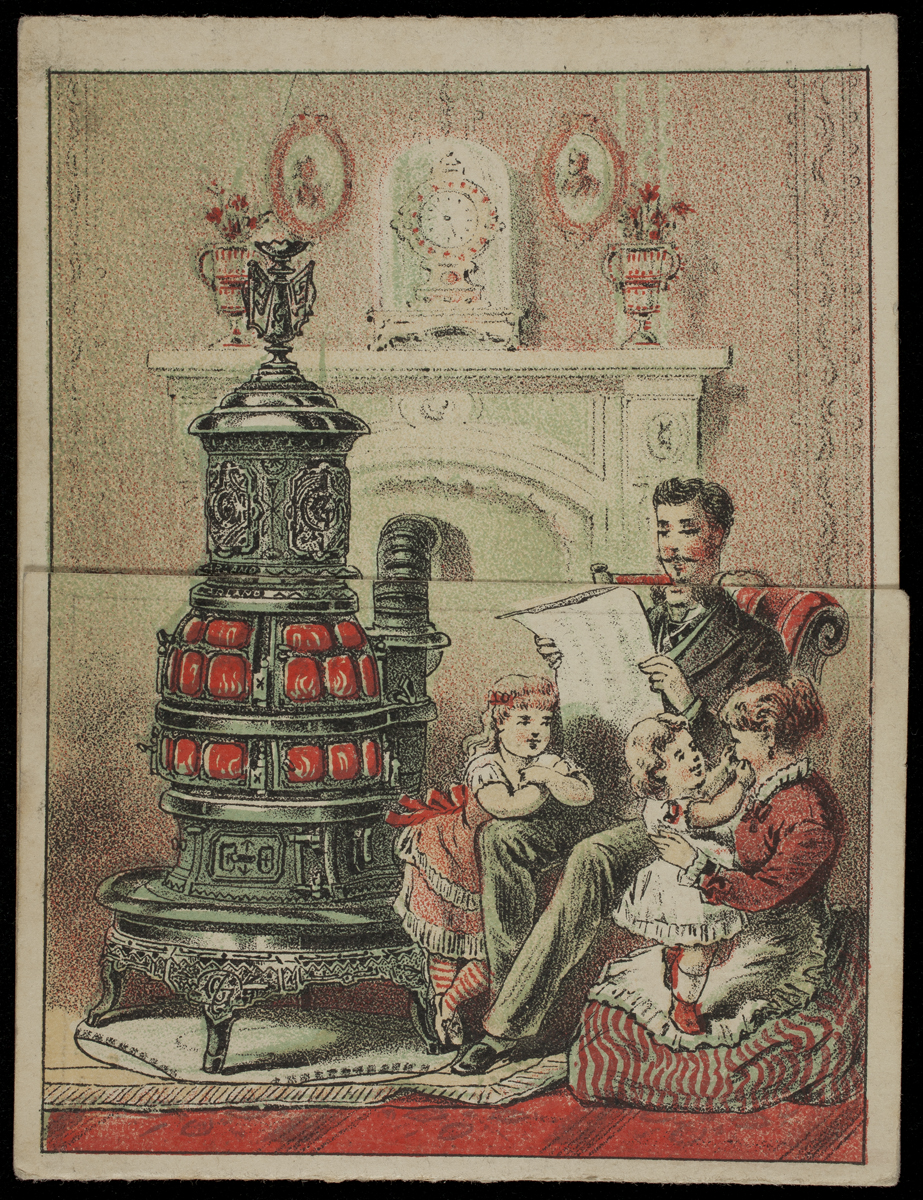 Into the early 20th century, women were not considered entities with rights separate from men. They could not vote, serve on a jury, testify in court, or hold public office. If married, it was illegal for women to sign contracts, inherit property, keep or invest their own earnings, have automatic rights to their children (even after a divorce or if their husband died), or make a will without their husband’s consent. It was very difficult for them to get divorced from an abusive husband or have a profession other than that centered around home and children. Furthermore, they were expected to stay out of public matters—centering their lives around family and home, obeying their husbands, and behaving at all times in a refined, polite way. 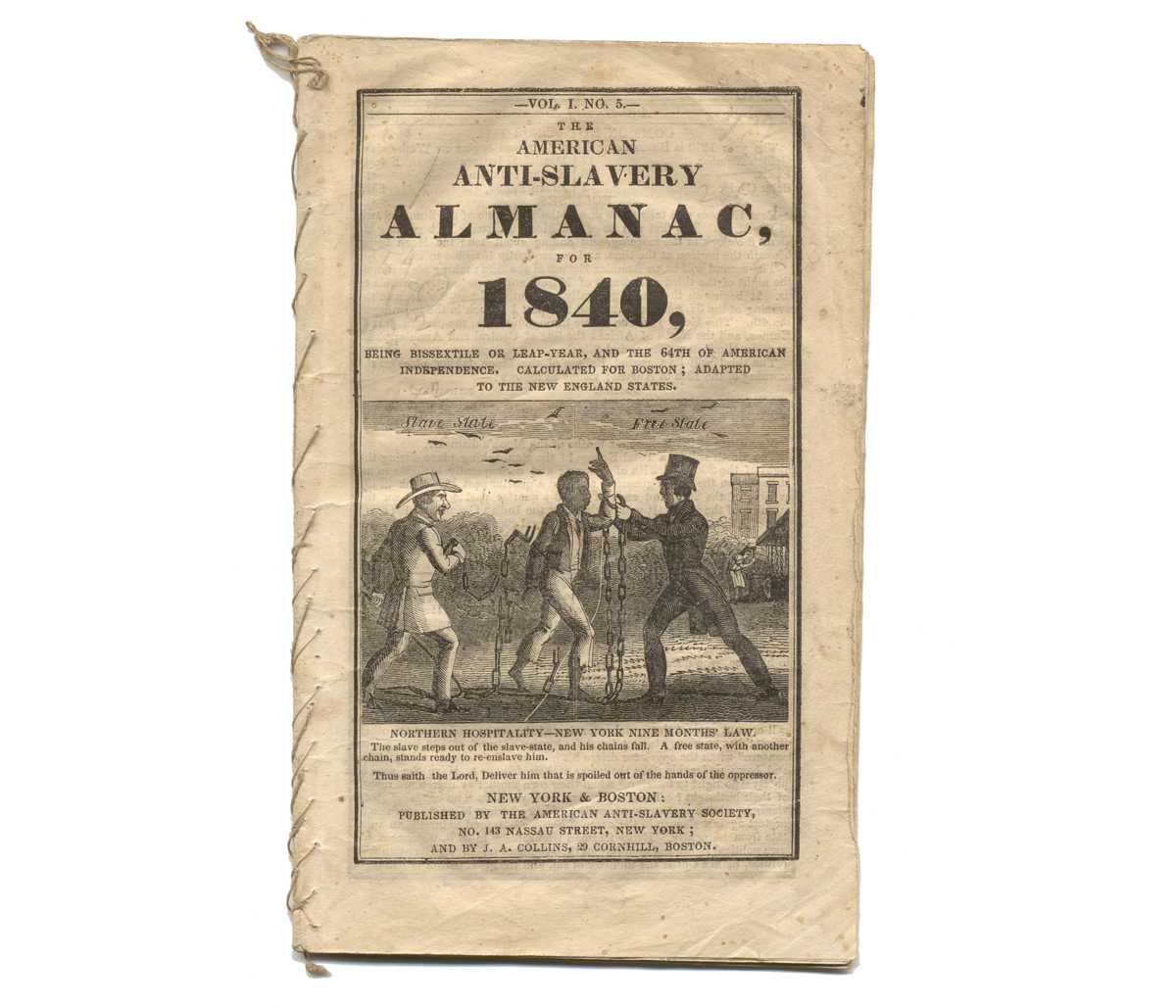 Abolitionist literature like The American Anti-Slavery Almanac for 1840 (2005.0.17.1), produced by and for northern abolitionists, often featured provocative covers depicting the brutality of slavery. / THF7209

During the early 19th century, a few strong women began expressing their views about the rights of women as separate from men. Many of the early women who spoke out were white, educated, middle-class members of the Society of Friends, or Quakers. Members of this religious sect not only accepted women as equals to men but also saw it as their duty to seek justice for all. Lucretia Mott, one of the organizers of the 1848 Seneca Falls Convention, was Quaker. Susan B. Anthony, who joined the movement a bit later, also had a Quaker upbringing.

Many of these women had also long championed the abolition of slavery. In this they found allies in men as well as Black women. It was as advocates for this movement that these women got practice attending and speaking out at meetings. They paved the way for other women. 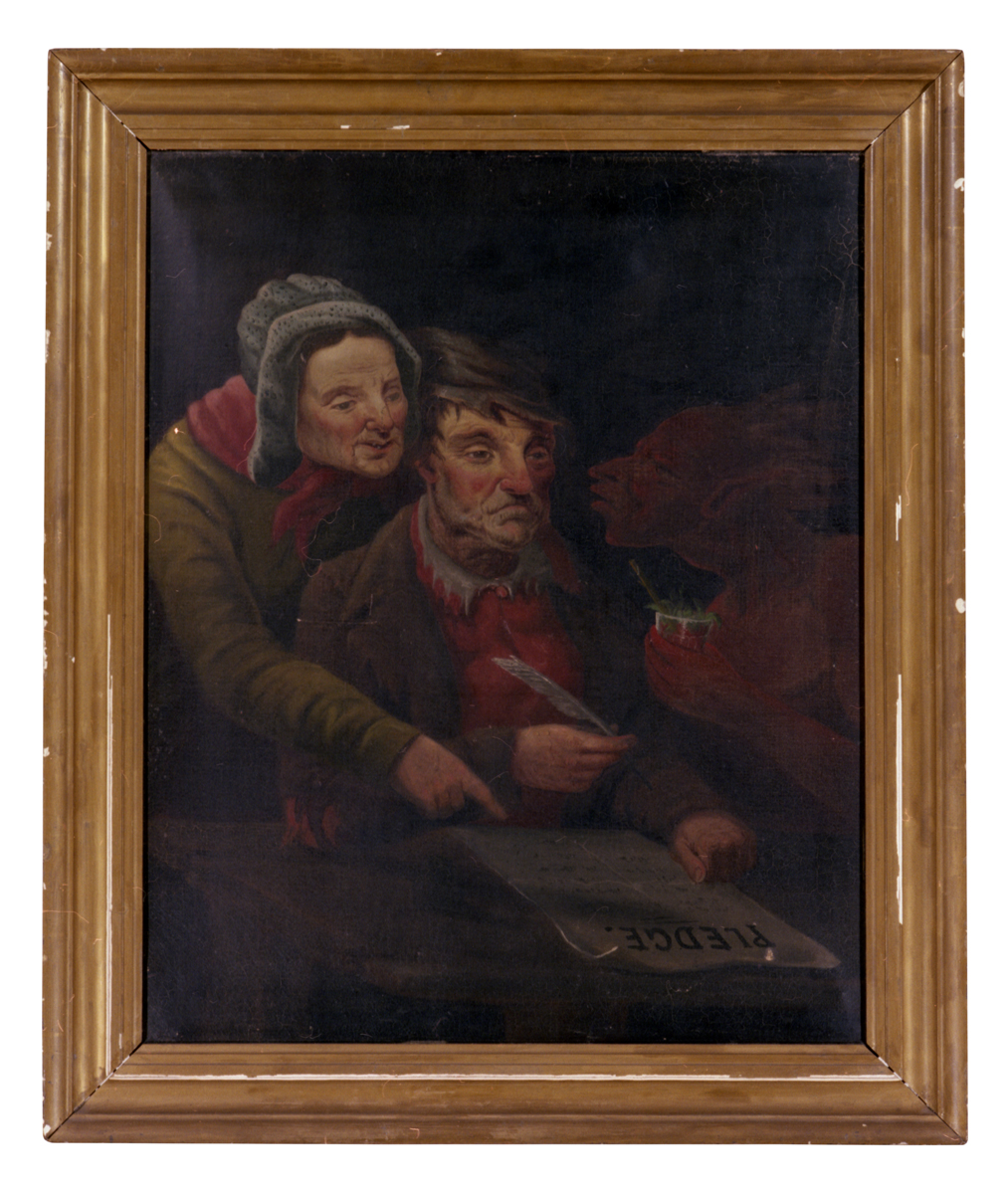 The title of this ca. 1851 oil painting (59.124.1) is “The Temperance Pledge,” referring to an important component of the temperance movement that involved signing a document in public promising to abstain from alcohol. / THF119917

Some of the early women’s rights advocates also championed temperance reforms—that is, an organized effort to encourage abstinence from, or at least moderation in, the consumption of intoxicating beverages—especially hard liquor. Excessive drunkenness, especially by men, was threatening the stability of many families (in 1830, consumption of alcohol was three times the current norm) and women led the charge to battle this. Elizabeth Cady Stanton and Susan B. Anthony were both temperance movement reformers before they became women’s rights advocates. 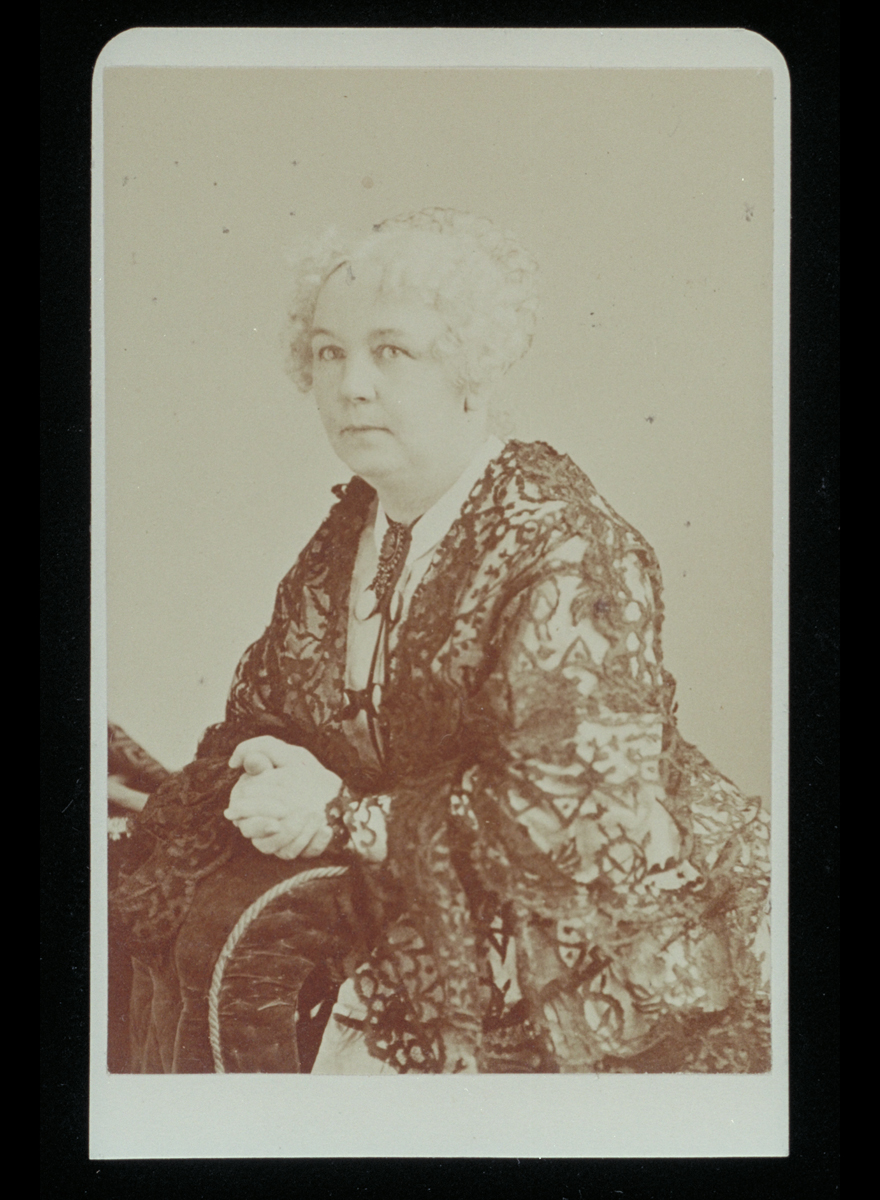 Elizabeth Cady Stanton was a leader in the struggle for women’s rights and an early advocate for women’s suffrage (98.94.18). / THF6584

A Few Voices Lead to Many

The Seneca Falls Convention of 1848 was the first official public forum for discussing women’s rights. But suffrage was never the main or the only goal there.

Lucretia Mott met Elizabeth Cady Stanton (who had recently married abolitionist Henry Stanton) at the World Anti-Slavery Convention in Great Britain in 1838, just as that country had ended slavery. They found they shared similar views and kept in touch after that. During a conversation when Mott visited Stanton’s hometown of Seneca Falls, New York, in 1848, Stanton’s feelings of oppression as a wife and mother came tumbling out. The two decided to call “a convention to discuss the social, civil, and religious conditions and rights of Woman.”

In July 1848, Mott, Cady Stanton and nearly 300 other attendees—men as well as women—gathered in Seneca Falls, including well-known self-emancipated orator and editor Frederick Douglass. James Mott, Lucretia’s husband, chaired the meeting, as women felt they lacked the experience as well as the knowledge of parliamentary procedure. Cady Stanton, possessing a gift for writing, had drafted a Declaration of Sentiments for the meeting, not unlike those presented and discussed at anti-slavery conventions at the time. But it was her genius to use the language and legitimacy of the Declaration of Independence, modifying the phrase “all men are created equal” to “all men and women are created equal.” 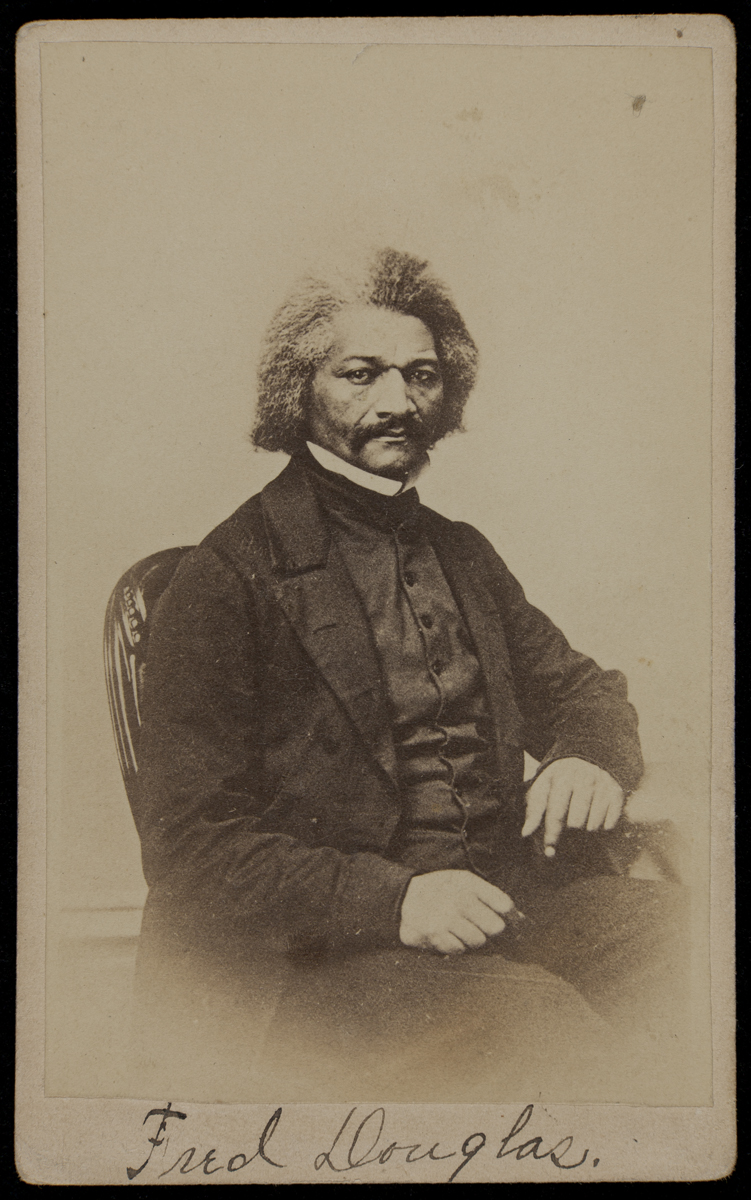 At the meeting, the attendees discussed the 18 grievances and 11 resolutions that Cady Stanton had drafted in her Declaration. But it was the resolution “that it is the duty of the women of this country to secure to themselves their sacred right to the elective franchise,” that led to the longest debate and greatest opposition. To most people at the meeting—women as well as men—the idea of women voting seemed far-fetched, ludicrous, even illogical. Cady Stanton defended it, claiming (what seems so obvious to us today) that women needed political rights to be able to make other gains through legal means. The resolution almost failed, until Frederick Douglass spoke fervently in its favor. It passed by a small margin—the only resolution adopted that was not unanimous. 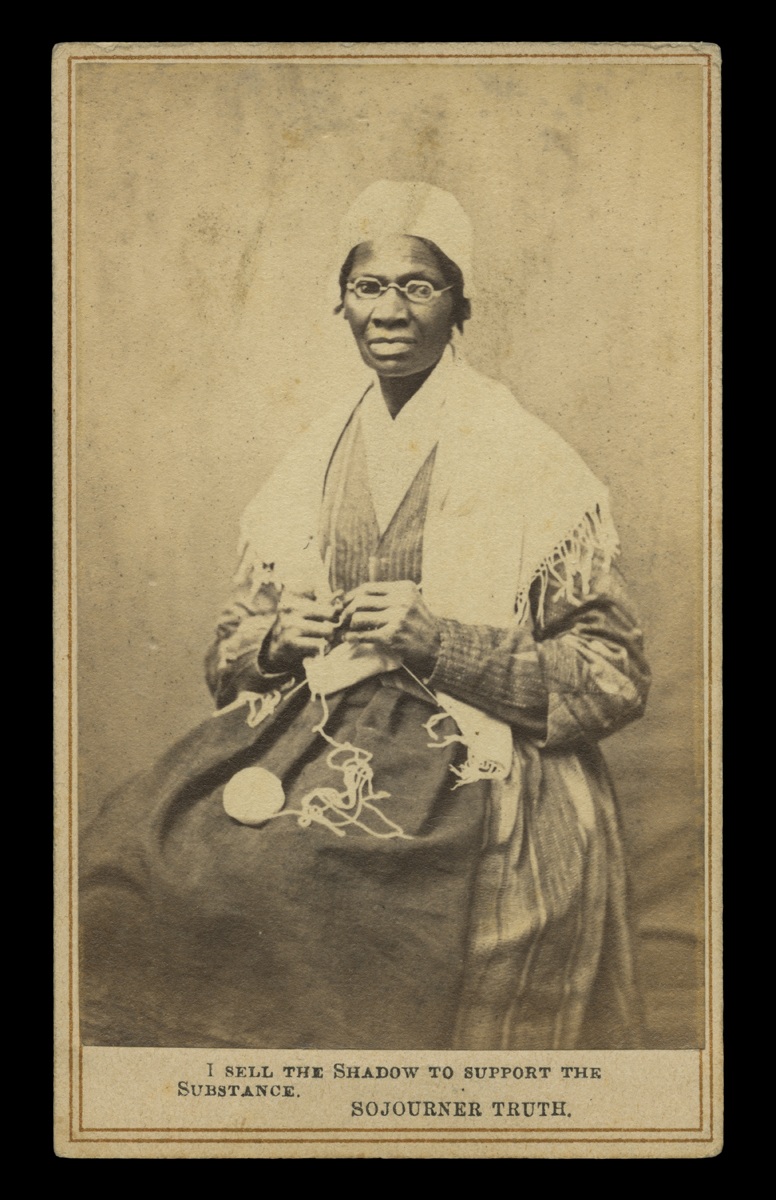 The Seneca Falls Convention gave rise to numerous other women’s rights conventions that emerged over the next decade, in New York, Pennsylvania, Ohio, and Massachusetts. It was in Akron, Ohio, in 1851 that emancipated orator Sojourner Truth—best known for speaking out against slavery—gave her first known speech on women’s rights. She would continue to appear at many women’s rights conventions and give valiant service to the movement. It was also during this time that Susan B. Anthony assumed a leadership role in the women’s rights movement.

These conventions gave women practice in airing grievances, building consensus, and establishing alliances and friendships. Abolitionist support dominated these discussions, as the slavery issue heated up through the decade. There was no consensus about women’s suffrage. In fact, women’s suffrage was barely an issue on the table at convention after convention. 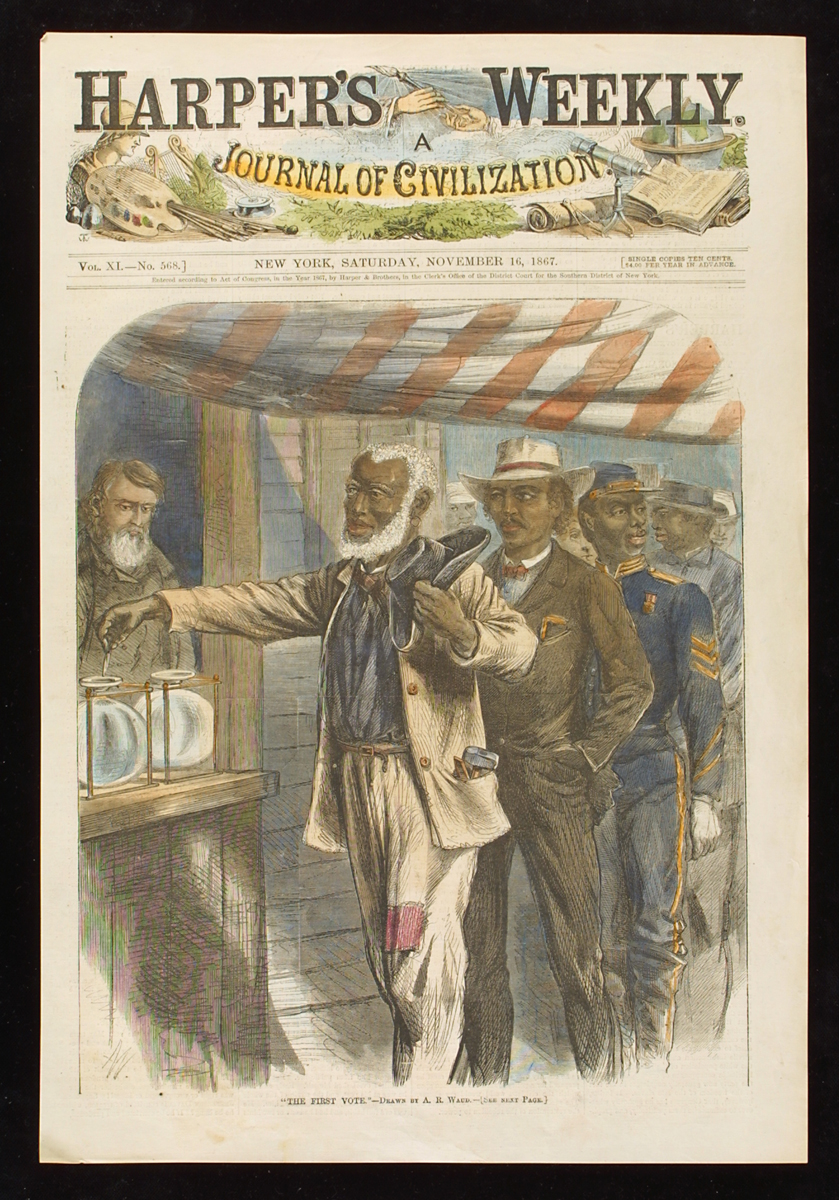 Only after the Civil War did women’s suffrage become the primary goal of the women’s rights movement. However, two factions split over how to achieve it. According to Angela P. Dodson in “Remember the Ladies”: Celebrating Those Who Fought for Freedom at the Ballot Box (2017), this “fissure” sundered alliances, strained relationships, diffused energies, squandered resources and stalled progress, and it took decades to heal. 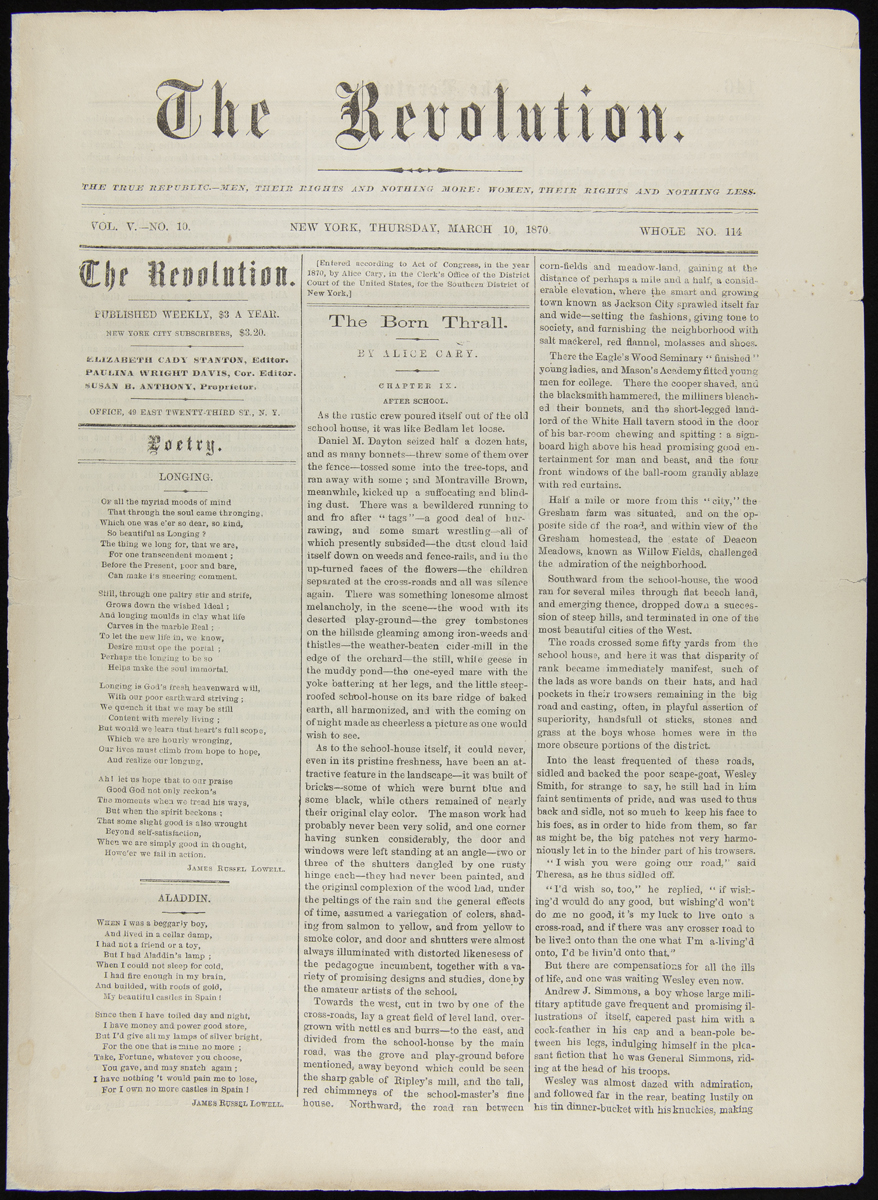 Although many women’s rights advocates supported the passage of the 13th Amendment formalizing emancipation, the dissension started with passage of the 14th Amendment (guaranteeing equality to all “male citizens”) and especially with the passage of the 15th Amendment (giving Black males the right to vote). In retrospect, it seems obvious that Black enfranchisement in the South was in peril if lawmakers didn’t act quickly and it was simply not judicious to fight for two difficult causes at the same time—Black freedmen’s rights and women’s rights. However, some women, including the vocal Elizabeth Cady Stanton, did not see it that way. These women felt they had fought long and hard for both abolition and women’s rights, and they felt they deserved their due.

It was at this time that women realized they needed to advocate for a national amendment calling for “universal suffrage” and began referring to themselves as suffragists. This would have been the perfect time for a national organization to push this agenda, and one was attempted at the 1866 National Woman’s Rights Convention, led by Susan B. Anthony. But there was almost immediately a division in the ranks—leading to two competing organizations. Stanton and Anthony formed the National Woman Suffrage Association (NWSA), working specifically for the enfranchisement of women and opposing the 15th Amendment. At the same time, women’s rights advocate Lucy Stone organized the American Woman Suffrage Association (AWSA) in support of the 15th Amendment and working toward a broader coalition (her group ultimately received more support). These two groups competed for allies and support for the next 25 years, weakening each other’s success and forcing each of them to work harder for state-by-state support rather than working together to fight for a federal amendment. 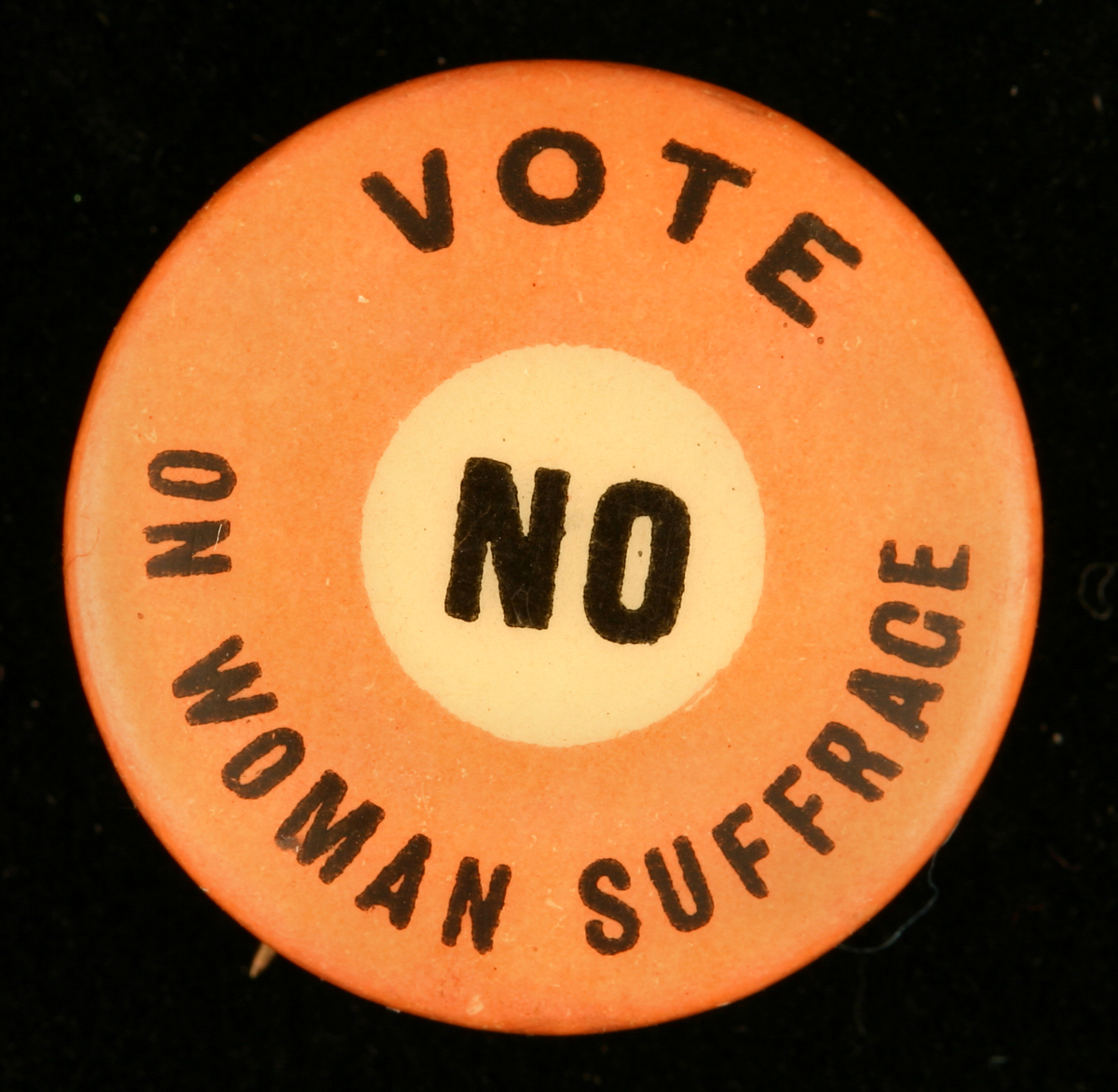 In 1869 and 1870, respectively, the Wyoming and Utah territories granted women the right to vote (primarily to attract settlers), while an amendment granting women the right to vote was finally brought to Congress beginning in 1878. But none of these actions engendered wider support, and many people (both men and women) continued to oppose women’s suffrage on many fronts. 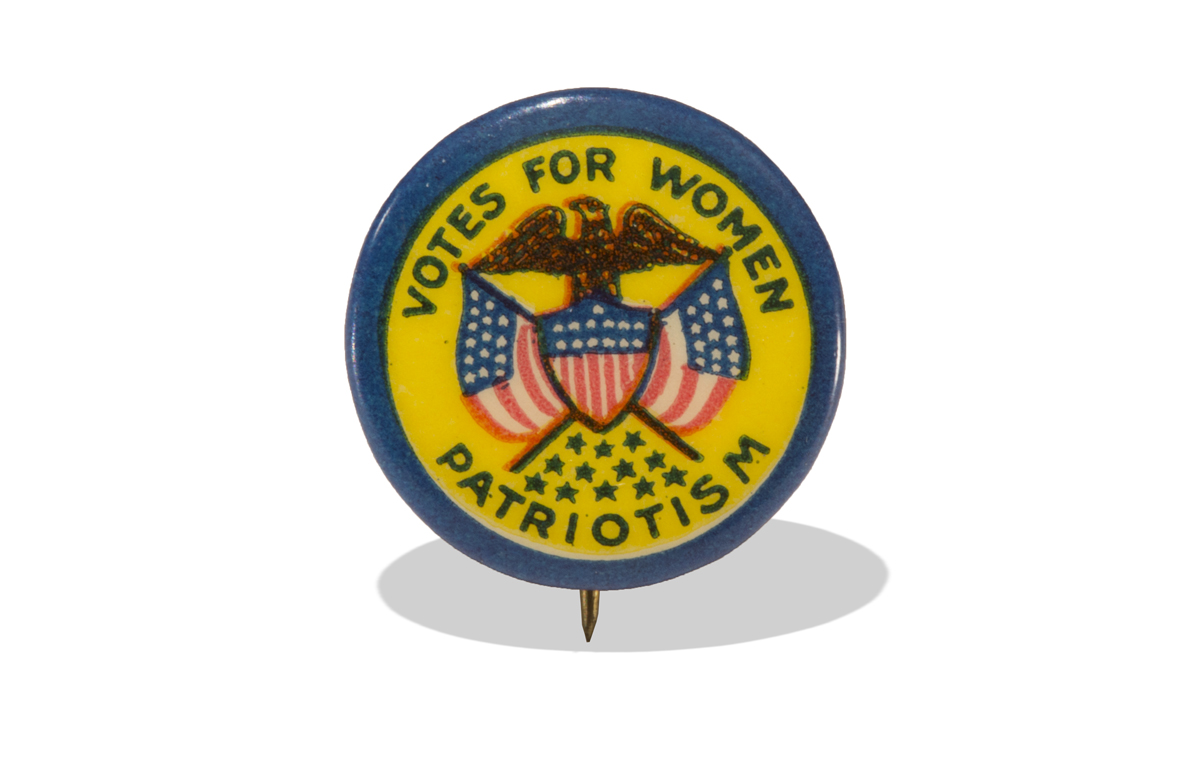 It would take a new generation of women, lacking the painful memories of the reason for the rift in the first place, to take up the fight. These women reunified the group by forming the National American Woman Suffrage Association in 1890 (NAWSA) and creating new strategies for state and national support. This was also a time for Black women—who had played a modest role in the previous organizations—to form their own organizations that could champion women’s rights and women's suffrage, including the National Association of Colored Women in 1895 and the National Association for the Advancement of Colored People (NAACP) in 1909. Prominent leaders like Ida Wells-Barnett and Mary Church Terrell arose to lead other Black women in support of these causes. Unfortunately, white suffragists did not always welcome their help—in fact, some were willing to sacrifice this support to pacify Southerners and court their support for the ballot. 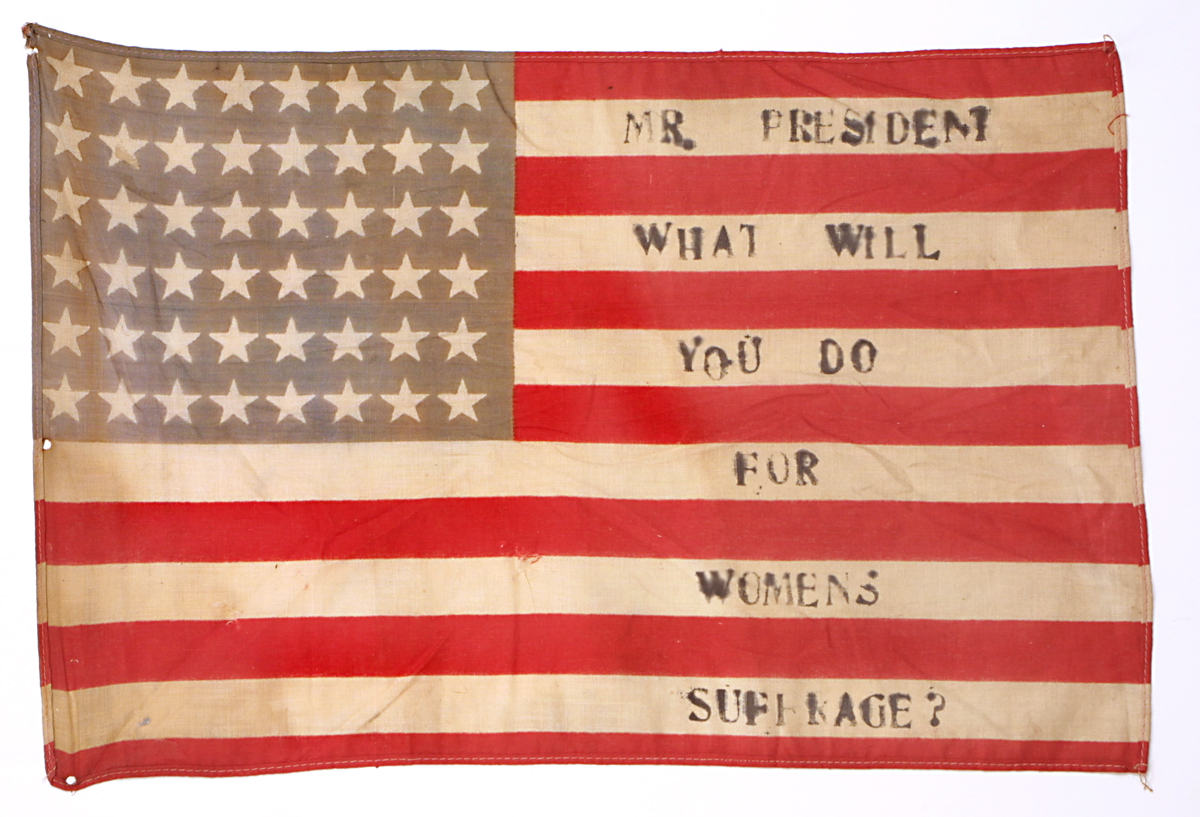 Two different kinds of leaders emerged during the early 1900s, for the final push to the 19th Amendment—Carrie Chapman Catt, the lobbyist, and Alice Paul, the agitator. Catt and Paul strongly disagreed with each other’s tactics, but neither would have succeeded without the other. Their different strategies offered women from all walks of life a way to get involved—organizing parades, printing flyers, and getting people to sign petitions. Victory was not easy to achieve, but on August 26, 1920—72 years after the Seneca Falls meeting—the 19th Amendment granting women the right to vote was added to the Constitution. 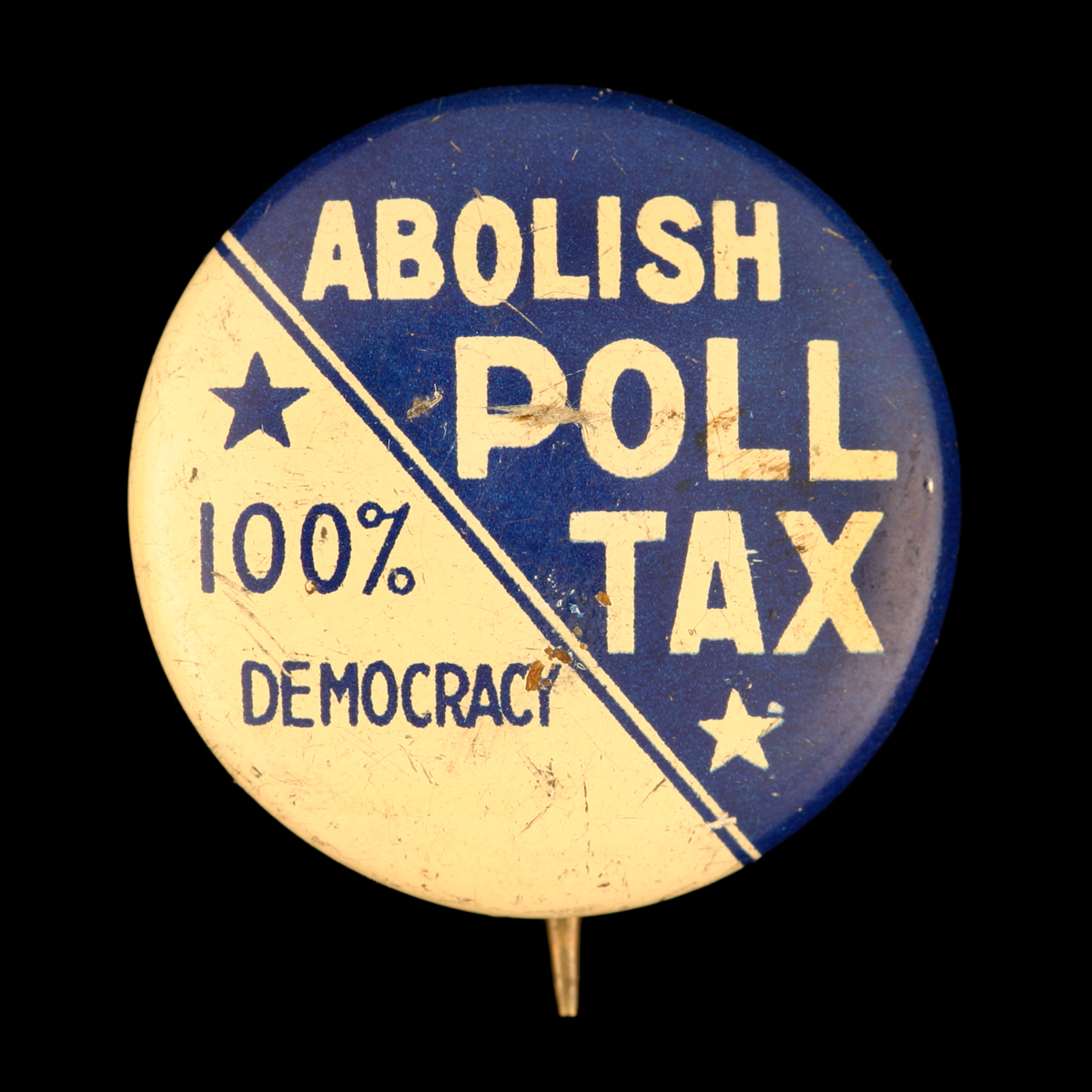 During the Jim Crow era, most southern states had adopted poll taxes to keep Blacks from voting. The person who wore this button (2005.9.8) protested the injustice of paying to vote, which was finally abolished with the passage of the 24th Amendment to the U. S. Constitution (1964) and subsequent court rulings (1966). / THF 96541 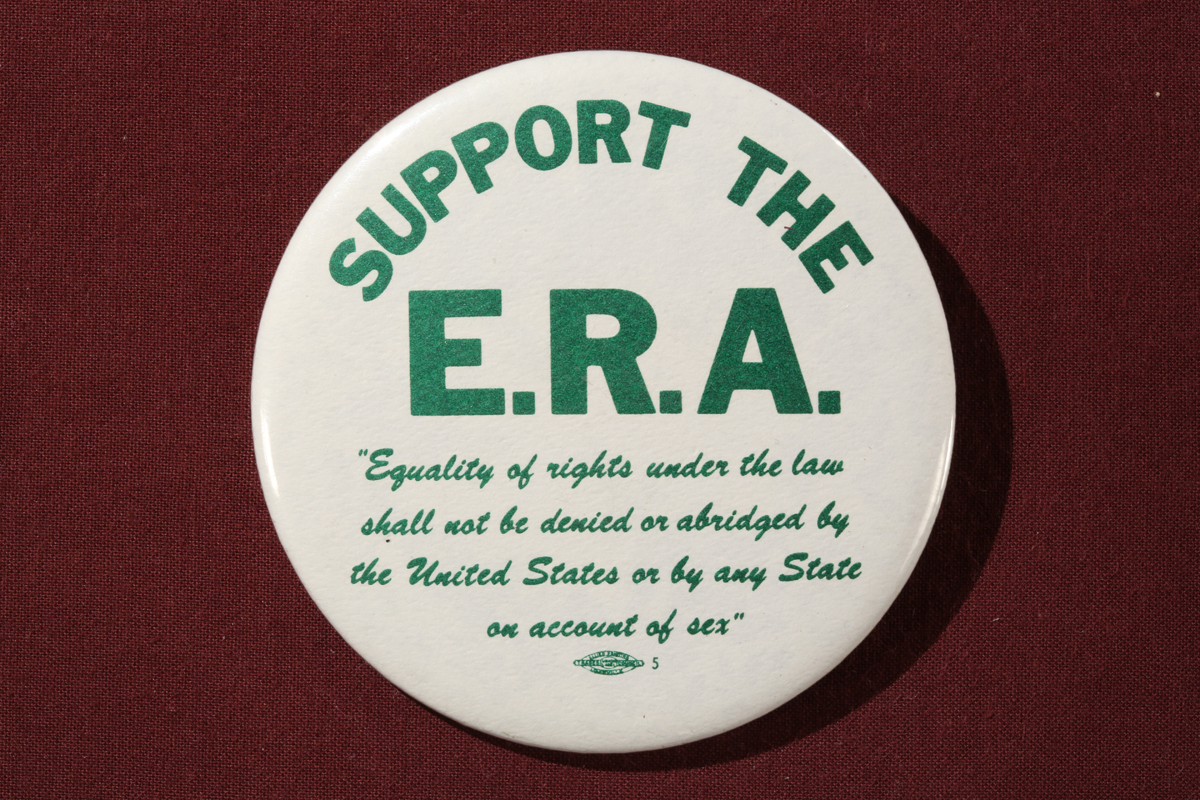 Returning full circle to the larger issue of women’s rights, an Equal Rights Amendment was drafted in 1923—only three years after the 19th Amendment was ratified. Although it received much attention in the 1970s and early 1980s, it has never passed.