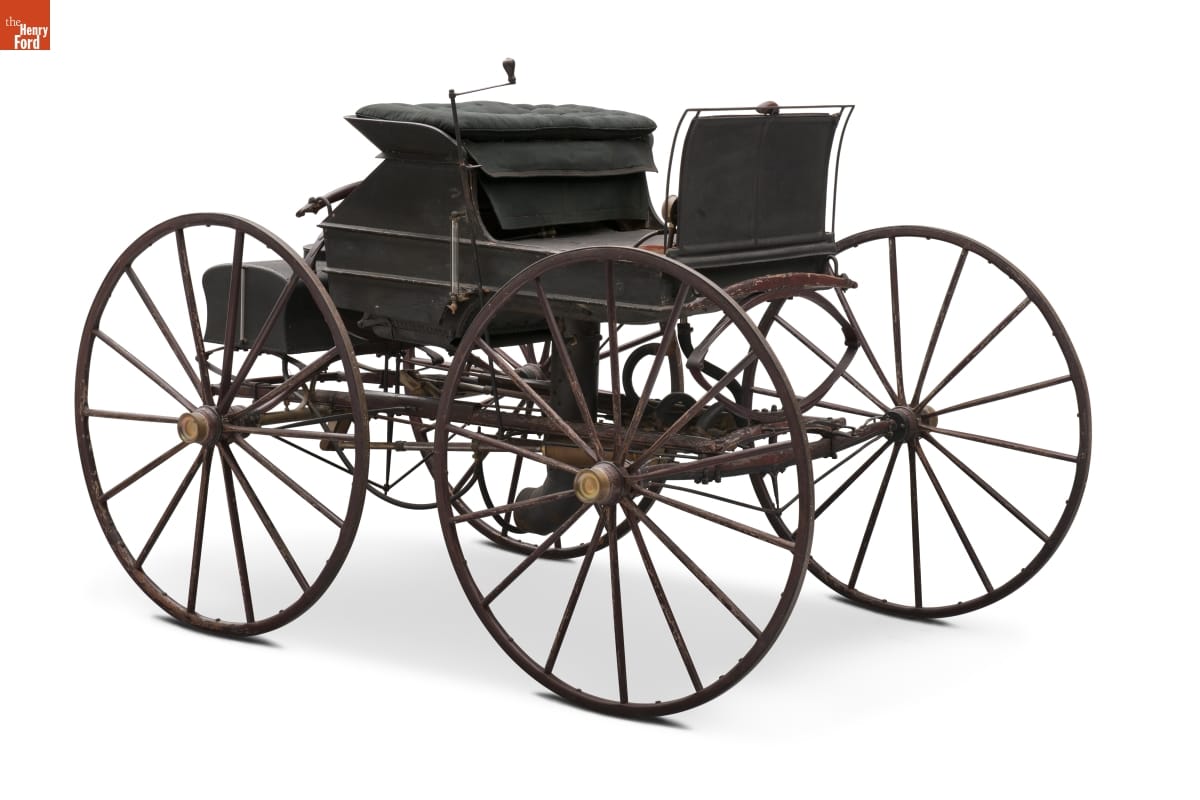 Smoke-belching steam locomotives were familiar sights to Americans in the 1860s. But a small steam carriage running under its own power—without horses!—was so startling that people paid to see it driven around a track. It was a curiosity, not transportation. By the time its inventor, Sylvester Roper, died in 1896, the next generation of innovators was trying to transform horseless carriages from curiosities into practical vehicles. 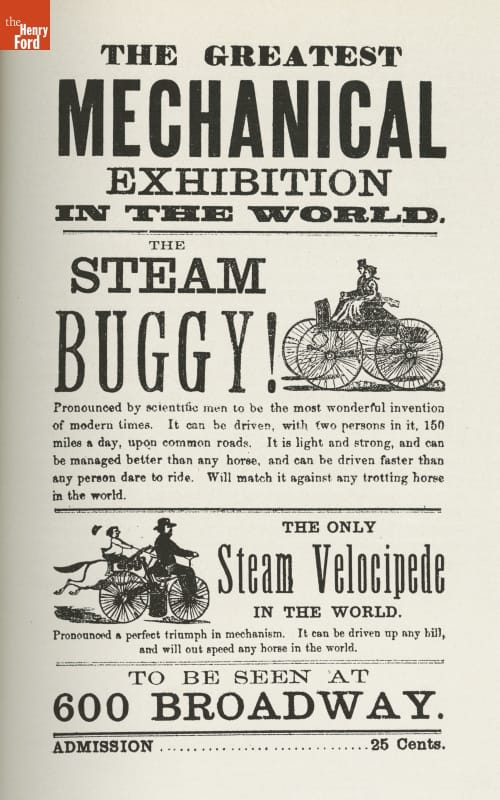 A handbill promoting an 1865 steam buggy exhibition proclaimed steamers “the most wonderful invention of modern times.” 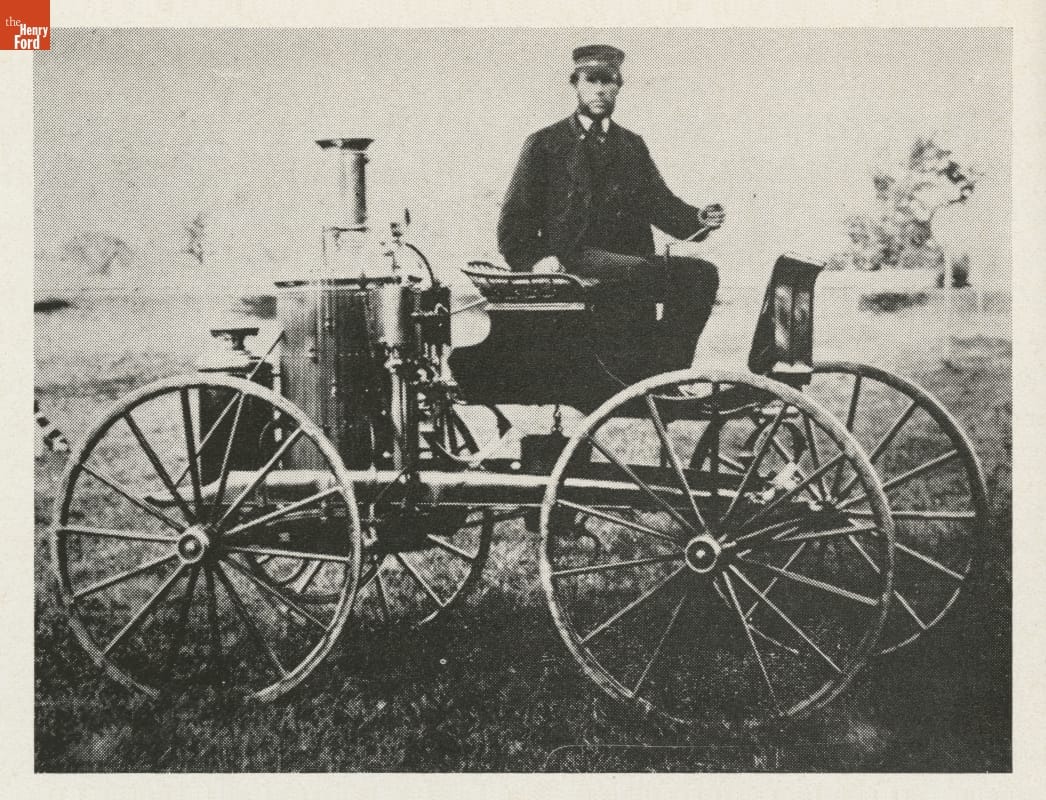 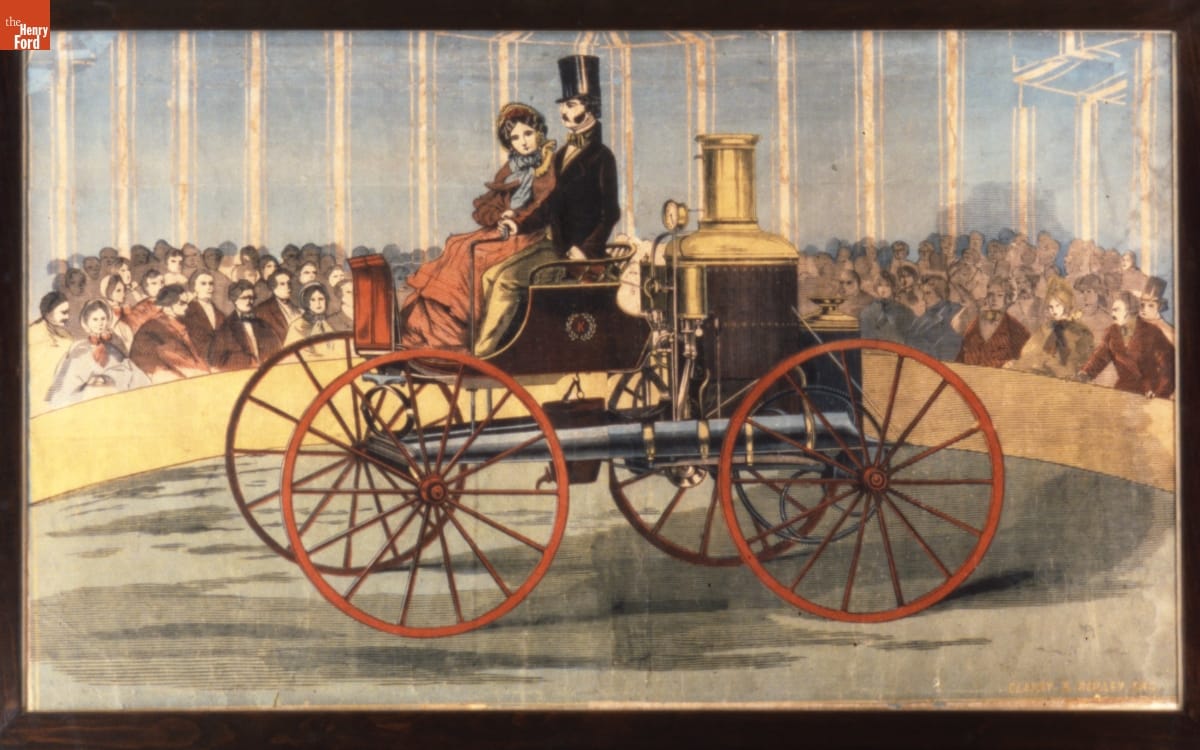 Print of a Roper steam carriage exhibited at a circus, about 1863.

Roper’s death was front-page news in Boston, where he lived and worked. He had a heart attack at age 73 while riding one of his steam motorcycles.