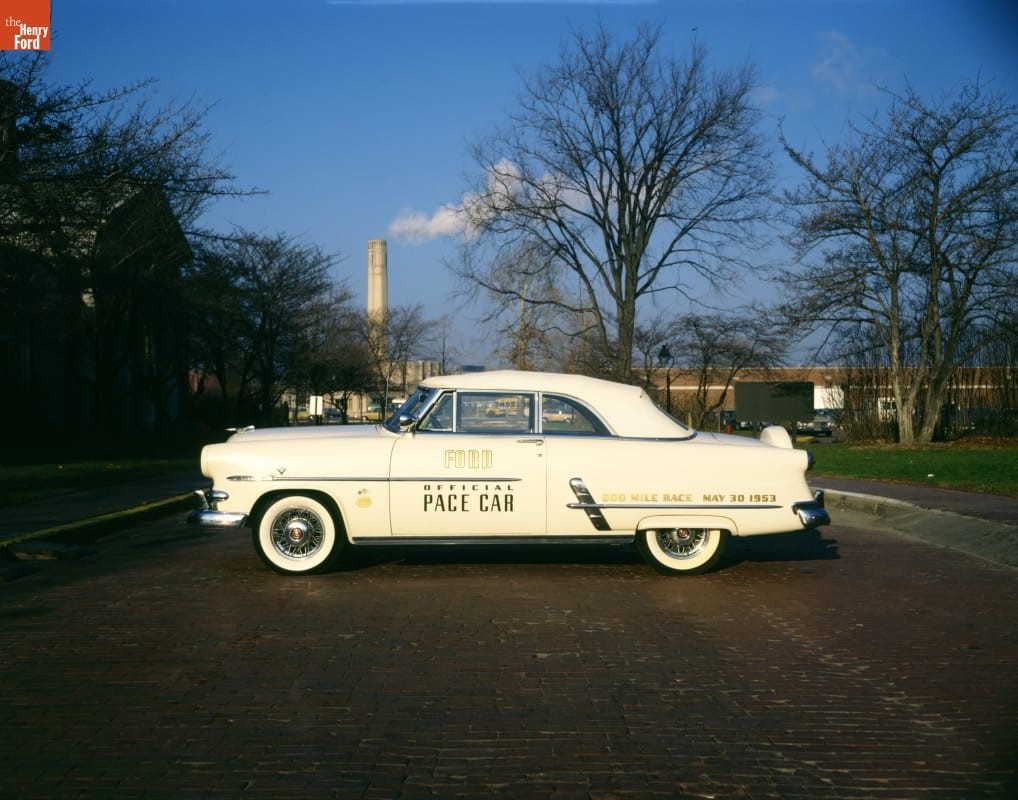 As America’s longest-running automobile race, it’s not surprising that the Indianapolis 500 is steeped in special traditions. Whether it’s the wistful singing of “Back Home Again in Indiana” before the green flag, or the celebratory Victory Lane milk toast – which is anything but milquetoast – Indy is full of distinctive rituals that make the race unique. One of those long-standing traditions is the pace car, a fixture since the very first Indy 500 in 1911.

This is no mere ceremonial role. The pace car is a working vehicle that leads the grid into the start of the race, and then comes back out during caution laps to keep the field moving in an orderly fashion. Traditionally, the pace car’s make has varied from year to year, though it is invariably an American brand. Indiana manufacturers like Stutz, Marmon, and Studebaker showed up frequently, but badges from the Detroit Three – Chrysler, Ford, and General Motors – have dominated. In more recent years, Chevrolet has been the provider of choice, with every pace car since 2002 being either a Corvette or a Camaro. Since 1936, the race’s winning driver has received a copy of pace car as a part of the prize package. 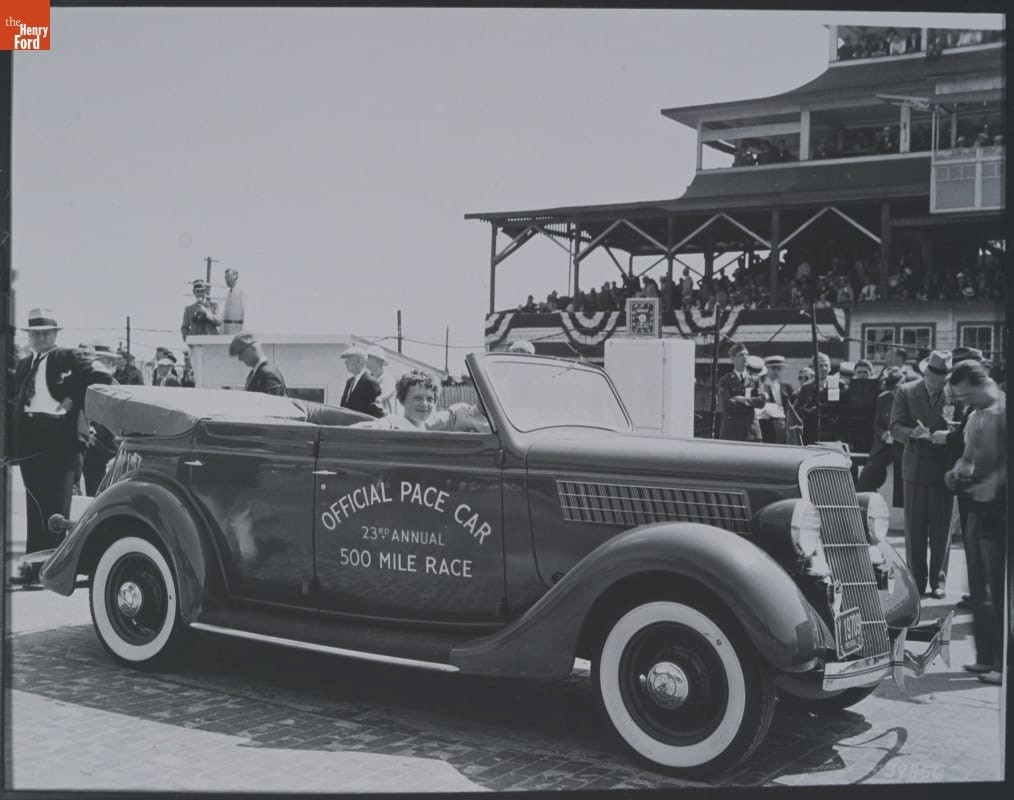 Likewise, honorary pace car drivers have changed over time. The first decades often featured industry leaders like Carl Fisher (founder of Indianapolis Motor Speedway), Harry Stutz, and Edsel Ford. Starting in the 1970s, celebrities like James Garner, Jay Leno, and Morgan Freeman appeared. Racing drivers have always been in the mix, with everyone from Barney Oldfield to Jackie Stewart to Jeff Gordon having served in the role. (The “fastest” pace car driver was probably Charles Yeager, who drove in 1986 – 39 years after he broke the sound barrier in the rocket-powered airplane Glamorous Glennis.)

Ford was given pace car honors for 1953. It was a big year for the company – half a century had passed since Henry Ford and his primary shareholders signed the articles of association establishing Ford Motor Company in 1903. The firm celebrated its golden anniversary in several ways. It commissioned Norman Rockwell to create artwork for a special calendar. It built a high-tech concept car said to contain more than 50 automotive innovations. And it gave every vehicle it built that year a commemorative steering wheel badge that read “50th Anniversary 1903-1953.” 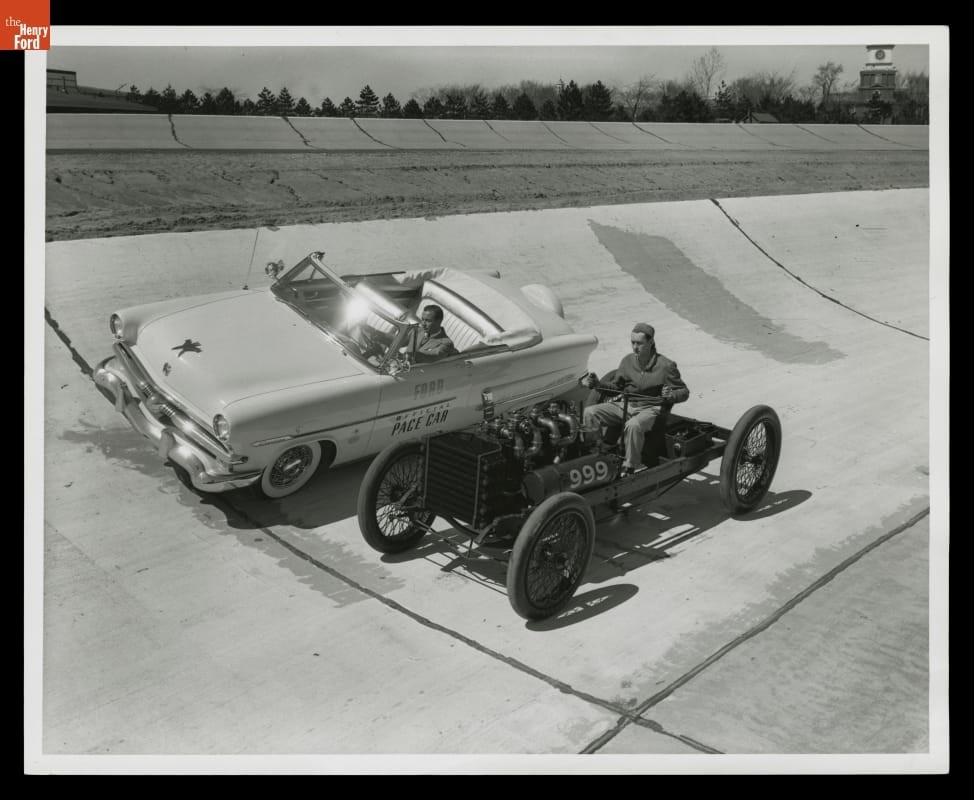 For its star turn at Indianapolis, Ford provided a Sunliner model to fulfill the pace car’s duties. The two-door Sunliner convertible was a part of Ford’s Crestline series – its top trim level for the 1953 model year. Crestline cars featured chrome window moldings, sun visors, and armrests. Unlike the entry-level Mainline or mid-priced Customline series, which were available with either Ford’s inline 6 or V-8 engines, Crestline cars came only with the 239 cubic inch, 110 horsepower V-8. Additionally, Crestline was the only one of the three series to include a convertible body style. 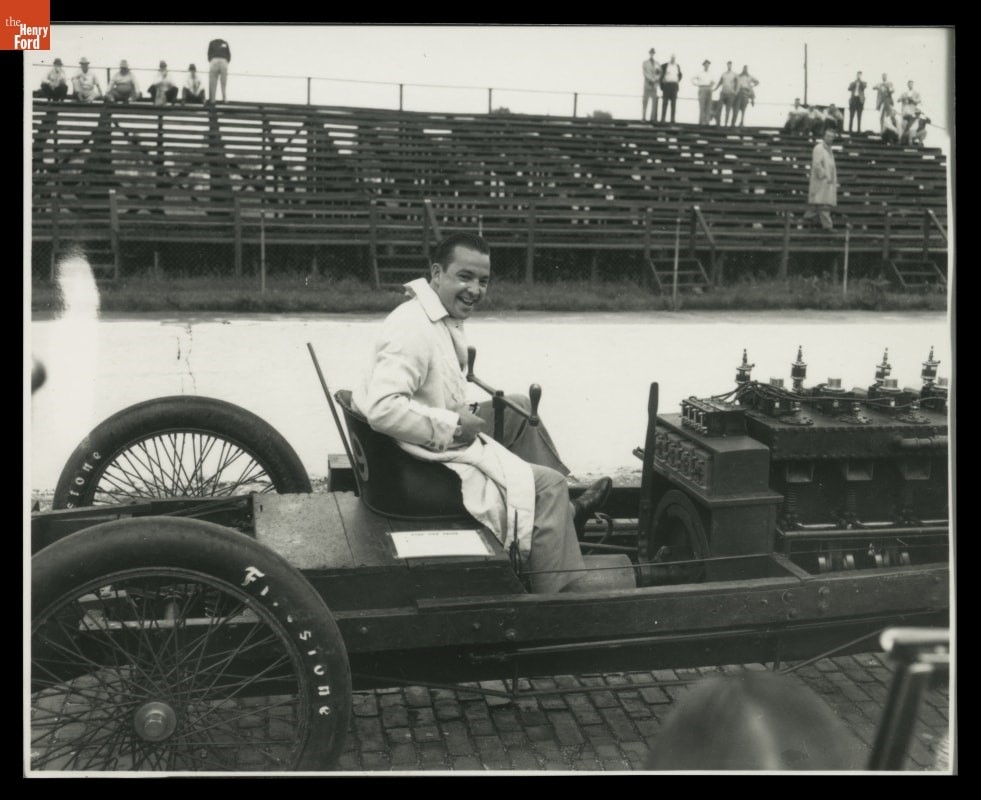 Ford actually sent two cars to Indianapolis for the big race. In addition to the pace car, Henry Ford’s 1902 race car “999” was pulled from exhibit at Henry Ford Museum to participate in the festivities. True, “999” never competed at Indianapolis Motor Speedway. But its best-known driver, Barney Oldfield, drove twice in the Indy 500, finishing in fifth place both in 1914 and 1916. Fittingly, Indy officials gave William Clay Ford the honor of driving the pace car. Mr. Ford, the youngest of Henry Ford’s grandchildren, didn’t stop there. He also personally piloted “999” in demonstrations prior to the race.

As for the race itself? The 1953 Indianapolis 500 was a hot one – literally. Temperatures were well over 90° F on race day, and hotter still on the mostly asphalt track. Many drivers actually called in relief drivers for a portion of the race. After 3 hours and 53 minutes of sweltering competition, the victory went to Bill Vukovich – who drove all 200 laps himself – with an average race speed of 127.740 mph. It was the first of two consecutive Indy 500 wins for Vukovich. Sadly, Vukovich was killed in a crash during the 1955 race. 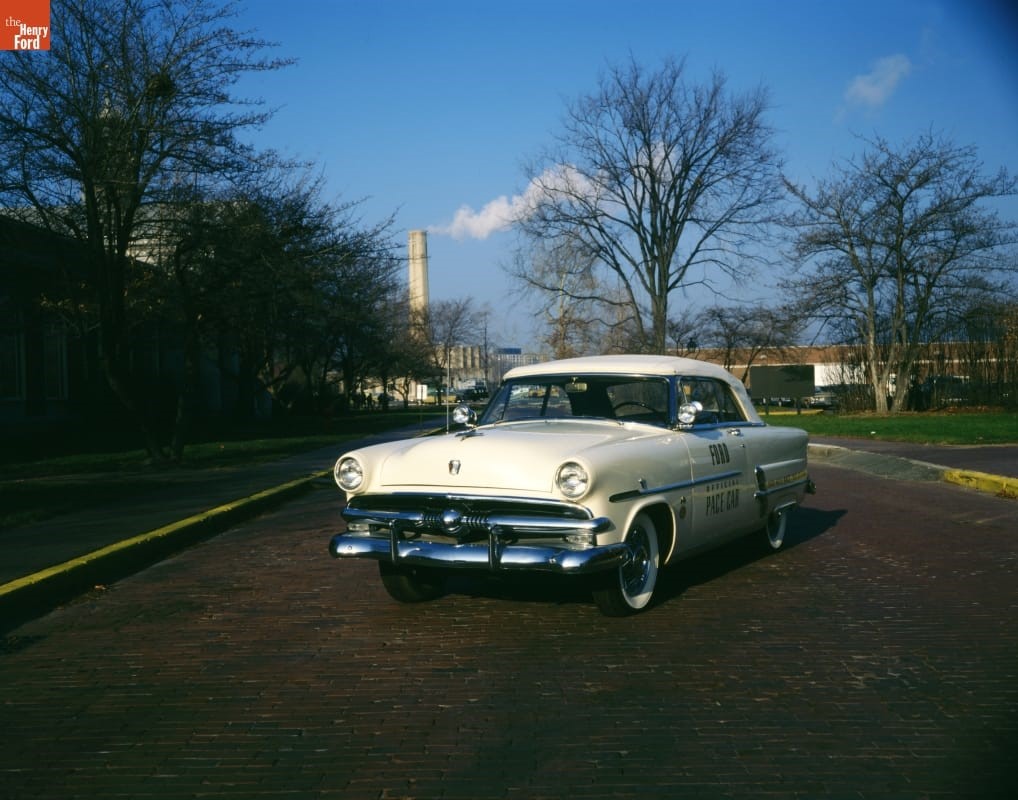 Following the 1953 race and its associated ceremonies, Ford Motor Company gifted the original race-used pace car to The Henry Ford, where it remains today. Ford Motor also produced some 2,000 replicas for sale to the public. Each replica included the same features (Ford-O-Matic transmission, power steering, Continental spare tire kit), paint (Sungate Ivory), and lettering as the original. Reportedly, it was the first time a manufacturer offered pace car copies for purchase by the general public – something that is now a well-established tradition in its own right.

Sure, the Sunliner pace car is easy to overlook next to legendary race cars like “Old 16,” the Lotus-Ford, or – indeed – the “999,” but it’s a special link to America’s most important auto race, and it’s a noteworthy part of the auto racing collection at The Henry Ford.