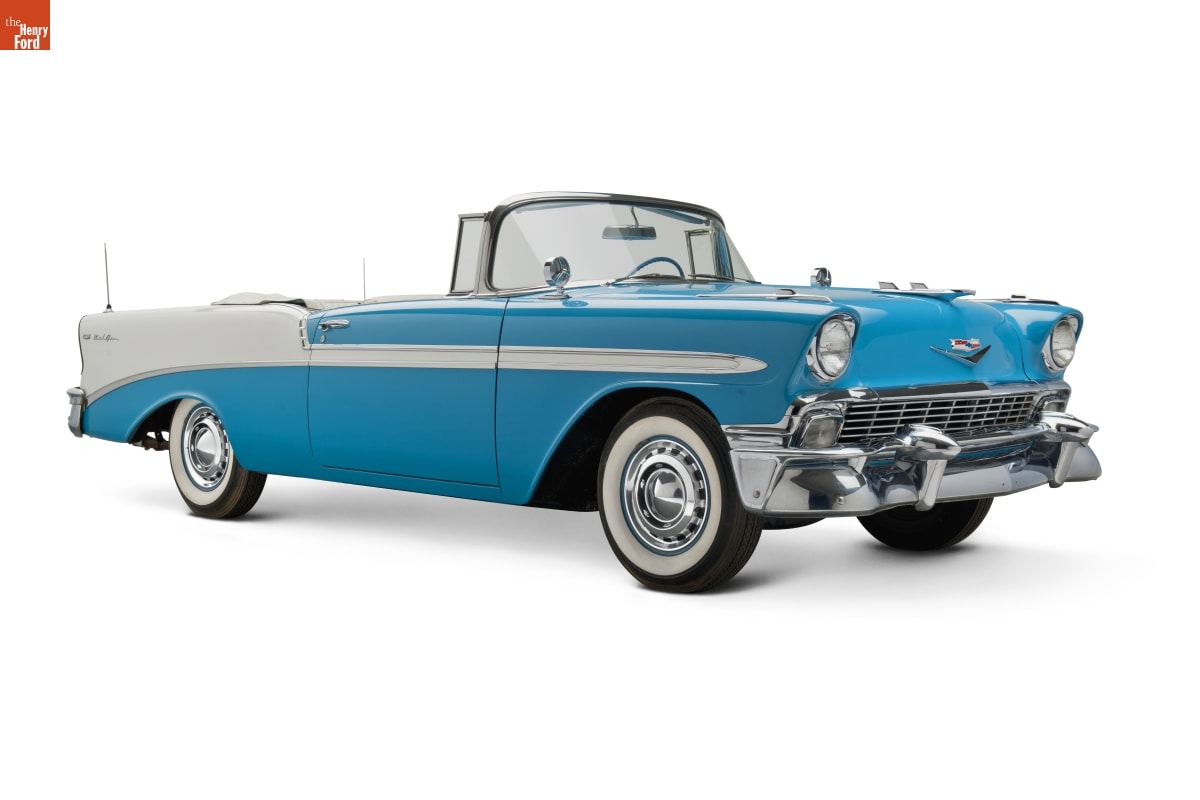 Drop the top and cruise like a movie star! It sounds like fun. But movie stars live in sunny California— most of us don’t. Convertibles may draw people into showrooms, but sedans take them home. In 1956, only about 2.6% of Chevy customers drove home in ragtops. Despite that fact, the carefree appeal of 1950s convertibles has made them a symbol of that era. Let the wind blow through your hair!

Many entry-level brands—such as Chevrolet—made sleek, powerful convertibles to boost their image. It didn’t matter that convertibles weren’t big sellers. 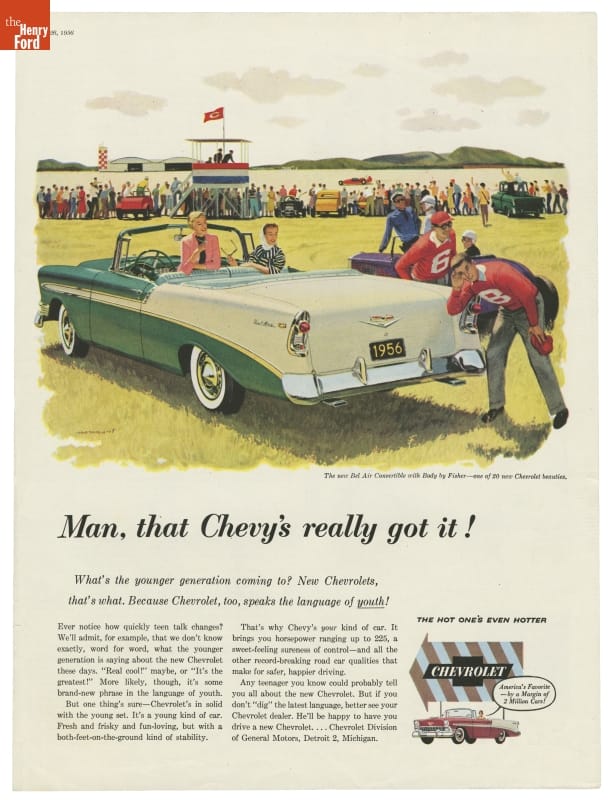 After enclosed cars became inexpensive enough for everyone to buy in the 1920s, open cars gained an aura of luxury and adventure. Ads associated the ’56 Chevy with youth, appealing not only to the young but also to those wanting to appear young. 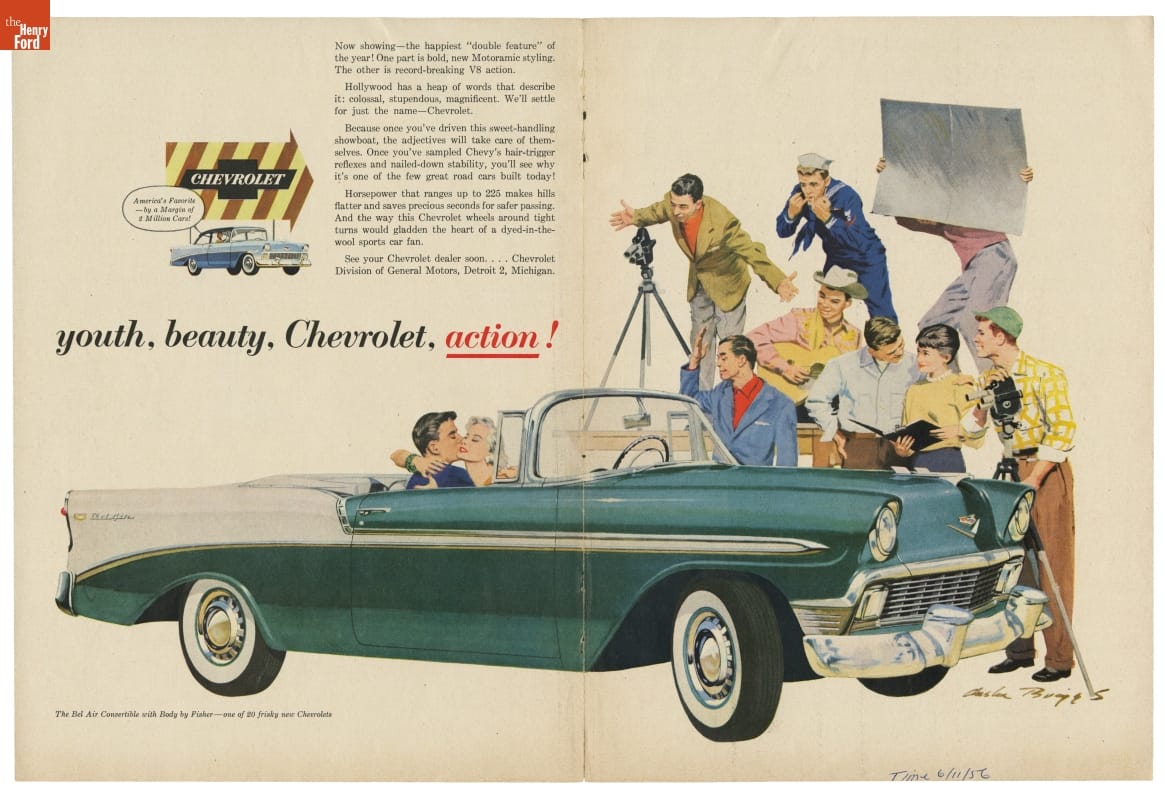 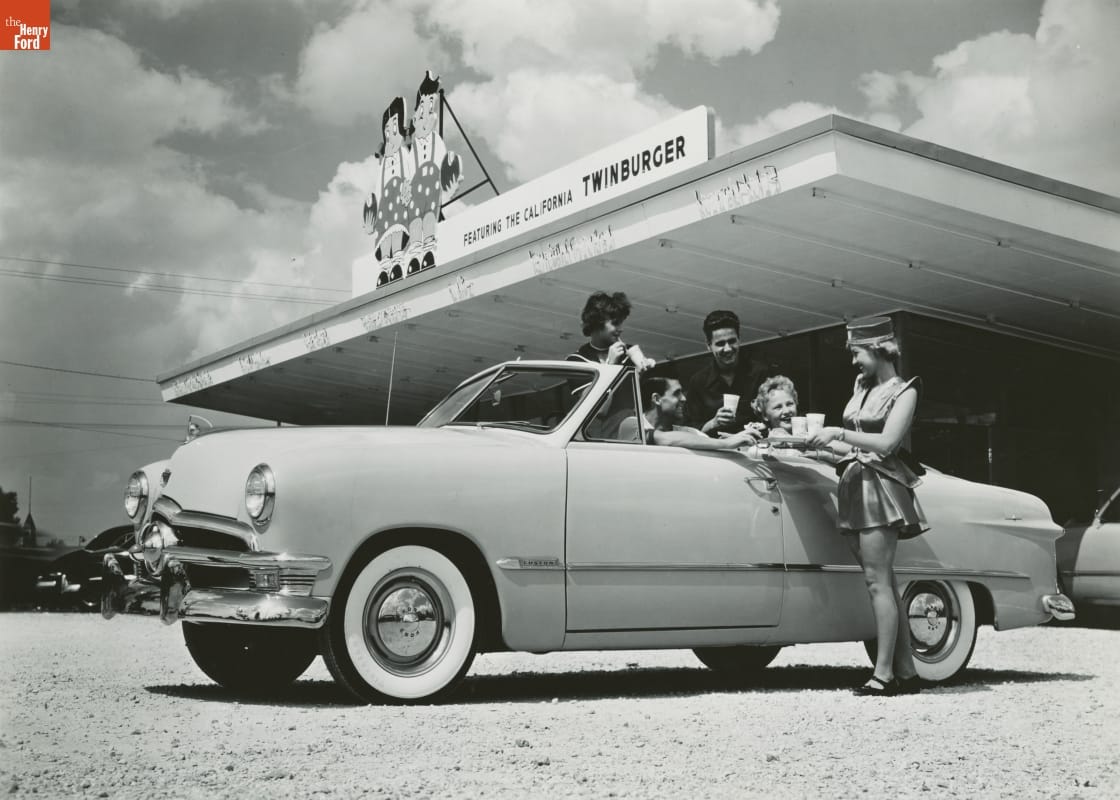 Convertibles became show-off cars, perfect for cruising around town, impressing dates, and hanging out. In 1949, these teenagers posed at a drive-in with their Ford convertible. / THF101124