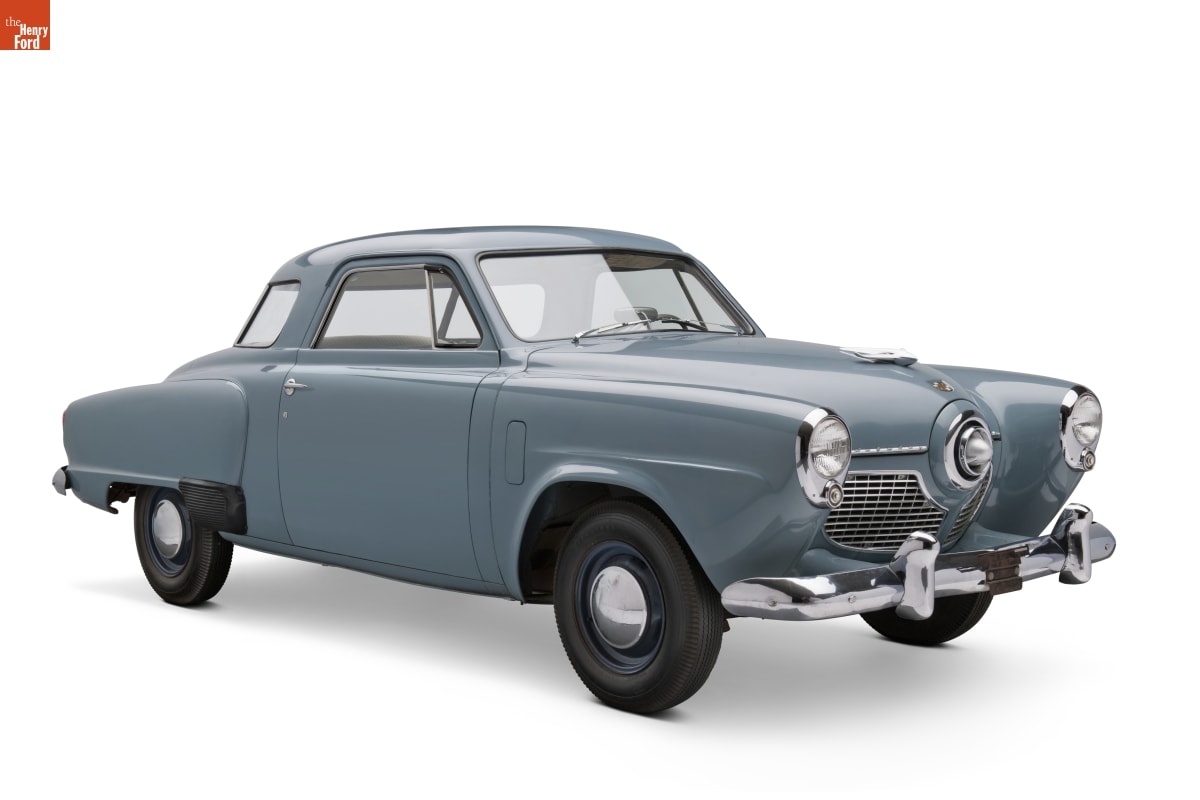 Cars and movies go together like peanut butter and jelly, or cake and ice cream. It’s only natural. The two industries appeared almost simultaneously around the turn of the 20th century. Southern California became a major center of American automobile culture and, of course, the center of the U.S. film industry. Over time, certain movies even came to define certain marques. Aston Martin had Goldfinger, DeLorean had Back to the Future, and Studebaker had… The Muppet Movie.

For those who haven’t seen The Muppet Movie, which brought Jim Henson’s creations to the big screen, for the first time, in 1979, stop reading and go watch it right now. Seriously. I’ll wait.

But if a summary has to suffice, then I’ll tell you that The Muppet Movie is in the tradition of the Bing Crosby-Bob Hope “Road” movies, where a simple trip turns into a series of misadventures. But instead of Bing and Bob, you get Kermit the Frog and Fozzie Bear. (Well, you get Bob too, but I digress.) The movie follows Kermit as he makes his way from the Florida swamps to the bright lights of Hollywood, chasing his dream to “make millions of people happy” in show business. Along the way he meets Fozzie, the Great Gonzo, Miss Piggy, and all the usual Muppet favorites. 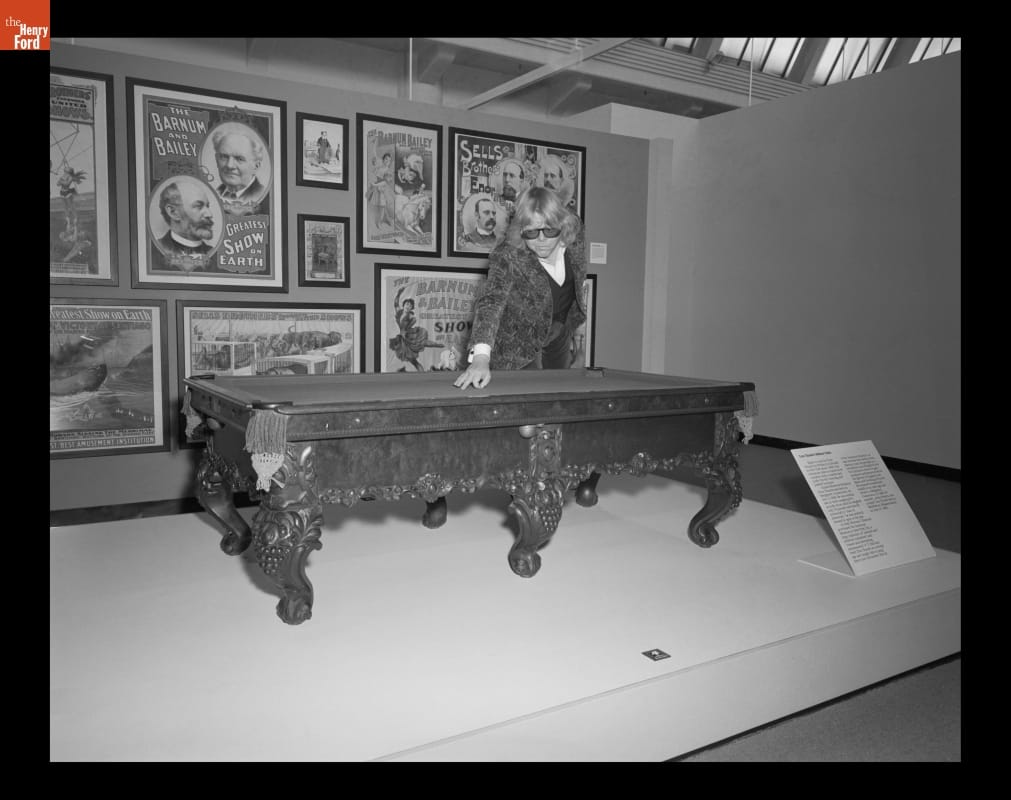 Kermit begins his journey on a bicycle, but, after meeting Fozzie Bear, the two continue the trip in Fozzie’s uncle’s 1951 Studebaker Commander. The Stude doesn’t make it all the way to Hollywood—they trade it in for a 1946 Ford station wagon partway through—but it features in two of the movie’s memorable musical numbers: “Movin’ Right Along” and “Can You Picture That?,” both co-written by Paul Williams and Kenny Ascher.

The Muppet Movie is more than great songs and story. The film set new standards in puppetry by convincingly putting its characters into “real world” settings. Prior to Henson’s work, puppets were largely stationary figures, stuck behind props that hid puppeteers from view. Even early Muppet projects, notably The Muppet Show, suffered from this limitation. But in The Muppet Movie, Kermit rides a bicycle, Gonzo floats through the sky below a bunch of balloons, and Fozzie, of course, drives his Commander. 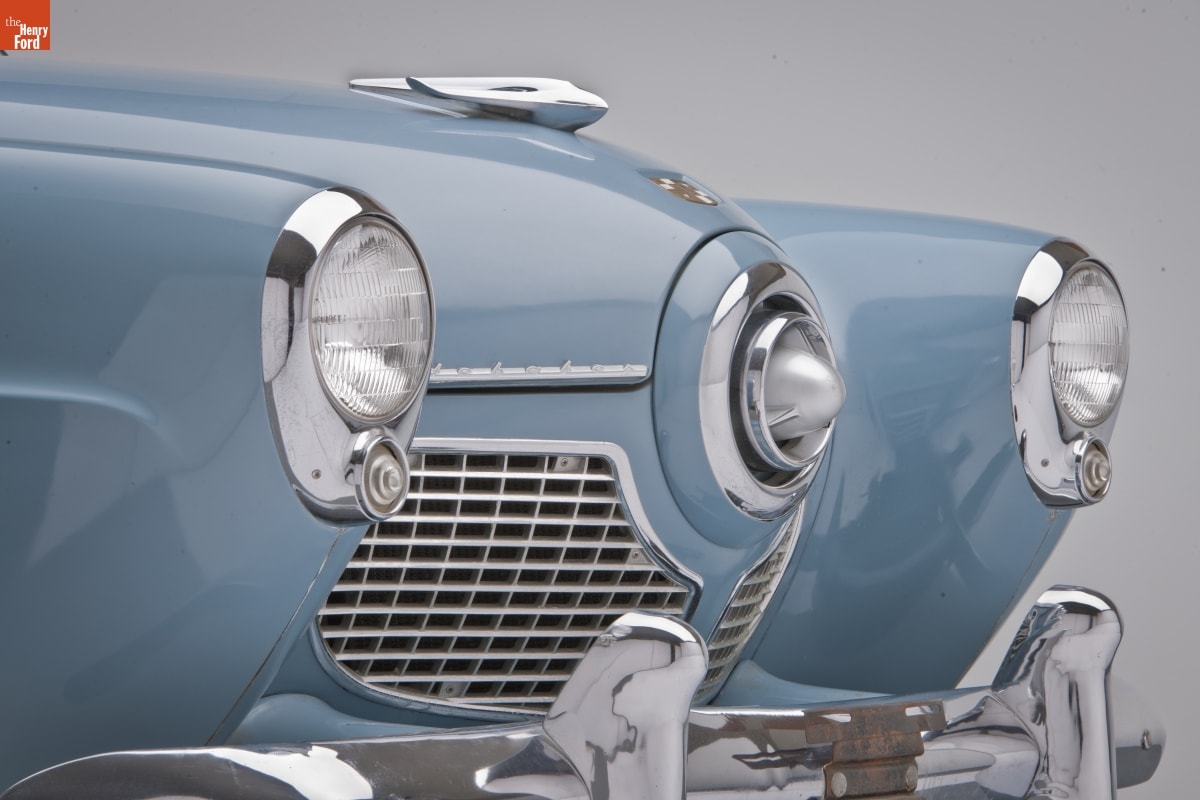 The Studebaker’s “bullet nose” served a practical purpose for the filmmakers. / THF90652

In a way, these elaborate special effects were responsible for the Studebaker appearing in the film. The 1951 Commander’s most distinctive feature is the chrome “bullet nose” between its headlights. The special-effects Commander used in The Muppet Movie had its bullet removed and replaced with a small video camera. The car’s trunk was fitted with a TV screen connected to the camera, a steering wheel, throttle and brake controls, and a seat. With these modifications, a small person was able to operate the car, hidden from view and able to see the road ahead via the camera. With Fozzie placed in the driver’s seat; his puppeteer, Frank Oz, hidden under the dashboard; and the car’s operator concealed in the trunk, it appeared as though the comic bear himself was driving the Studebaker in several scenes. The trick worked so well that, more than 40 years later in the age of computer-generated special effects, Fozzie’s driving is still remarkably convincing. The crew used a second, unmodified Commander for shots where driving effects weren’t needed.

Practical concerns weren’t the only reasons a Commander was used in the movie. In comments published in Turning Wheels, the newsletter of the Studebaker Drivers Club, The Muppet Movie screenwriter Jerry Juhl described the ’51 Commander as perhaps the “goofiest” looking car ever put into production. Goofiness, Juhl added, was a highly-respected quality in the Henson organization, so it seemed only fitting that Fozzie should drive that particular car. 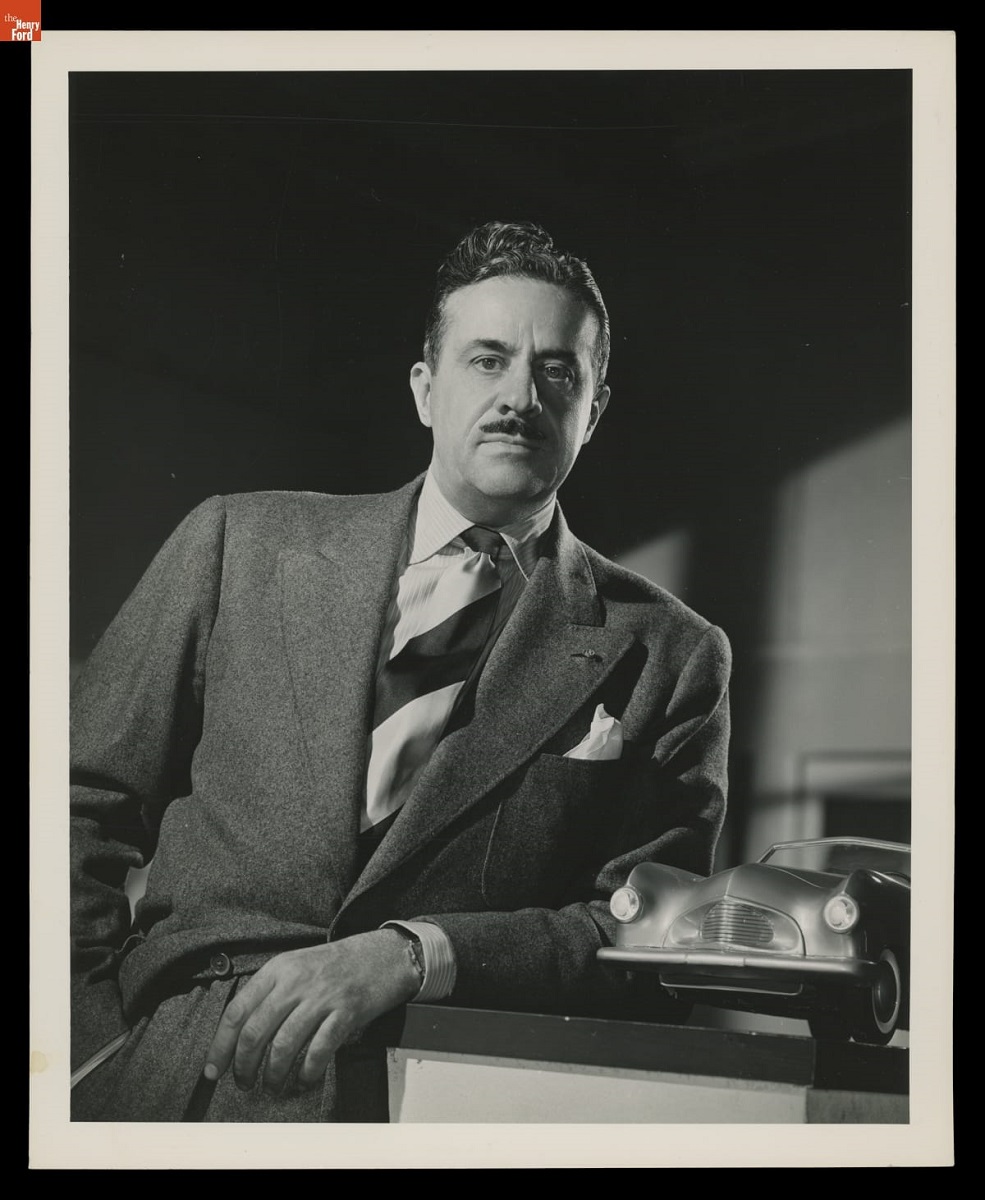 Studebaker’s bullet nose was part of a long, productive relationship between the automaker and industrial designer Raymond Loewy. / THF144005

That bullet nose is a story unto itself. Credit for the feature goes to designer Bob Bourke, working for Studebaker contractor Raymond Loewy Associates at the time. As Bourke later recalled, Loewy told him to model the car’s appearance after an airplane. Bourke responded with the bullet, more properly described as a propeller or a spinner, since it’s a direct reference to that crucial aviation device. And a divisive device it was. People either loved the Studebaker bullet nose or they hated it (and so it goes today).

It’s worth noting that the feature wasn’t without precedent. Ford had used a similar device on its groundbreaking 1949 models. (In fact, Bob Bourke later said that he had contributed informally to the design of the 1949 Ford. You can read Bourke’s reminiscences here.) Studebaker used the bullet nose for just two model years, 1950 and 1951, but it remains one of the company’s most memorable designs. 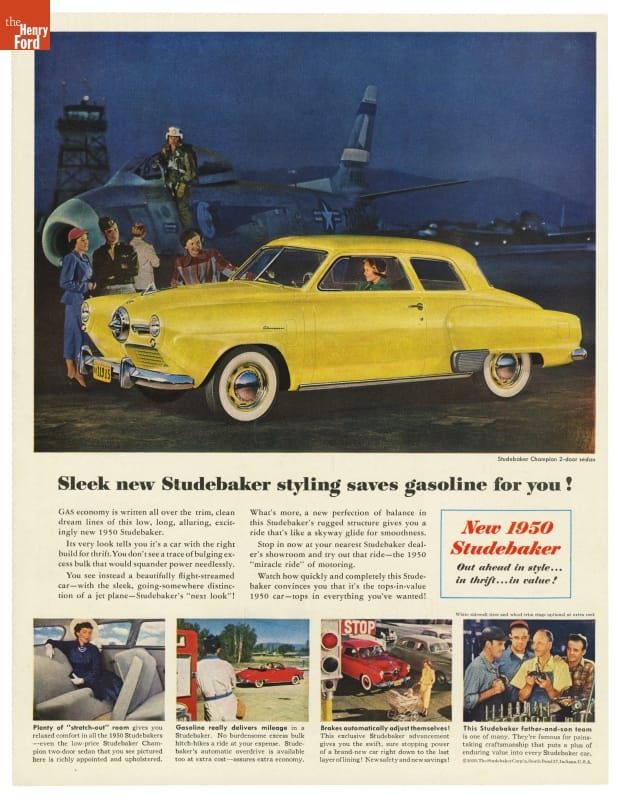 Studebaker emphasized the aviation influence on the bullet nose design in this 1950 advertisement. / THF100021

The Henry Ford’s collections include a Maui Blue 1951 Studebaker Champion coupe. The lower-priced Champion featured a six-cylinder engine, while the Commander came with a standard V-8. Other than their different badges, the look of the two models is nearly identical. But if you’d like to see the actual car that Fozzie and Kermit used in The Muppet Movie, then head over to South Bend, Indiana. The effects car survives in the collections of (where else) the Studebaker National Museum. It still wears the psychedelic paint scheme applied by Dr. Teeth and the Electric Mayhem in a clever plot device—faded with age, but unmistakable.