1956 Continental Mark II Sedan: “The Excitement of Being Conservative” 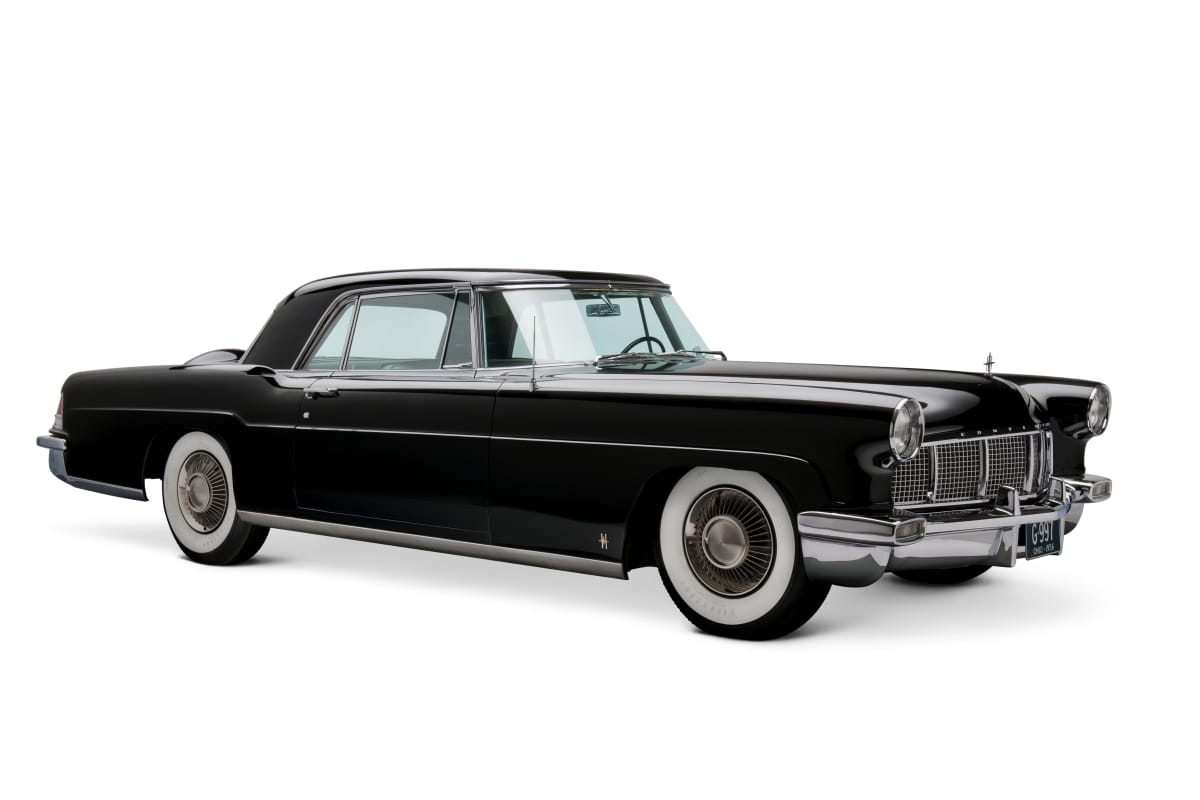 In an era of extreme automotive styling, the Mark II was elegantly understated. Its advertising slogan, “the excitement of being conservative,” confirmed that Mark II’s appeal depended not on chrome, but rather on flawless quality control, extensive road testing, shocks that adjusted to speed, and power steering, brakes, windows, and seats. Not understated was the $10,000 price. Owned by VIPs like Frank Sinatra and Nelson Rockefeller, it was the most expensive American car you could--or couldn’t--buy. 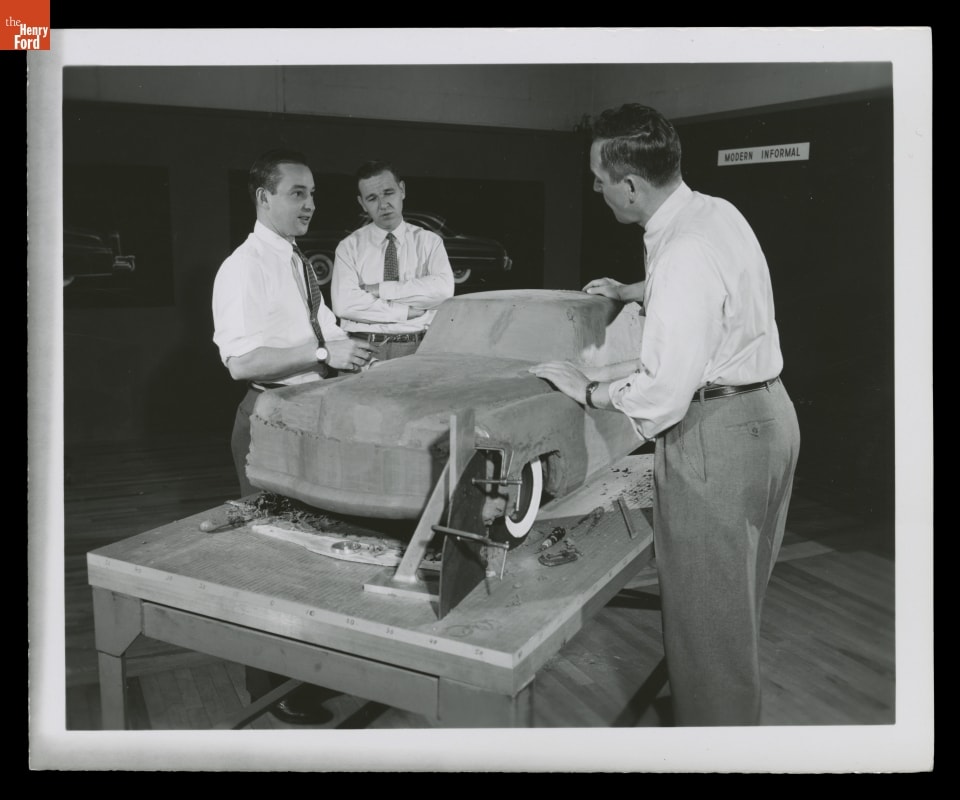 William Clay Ford (left) reviews a clay model of the Mark II in 1953. He inherited a passion for styling from his father, Edsel Ford, and directed the Mark II’s design and development. / THF112905 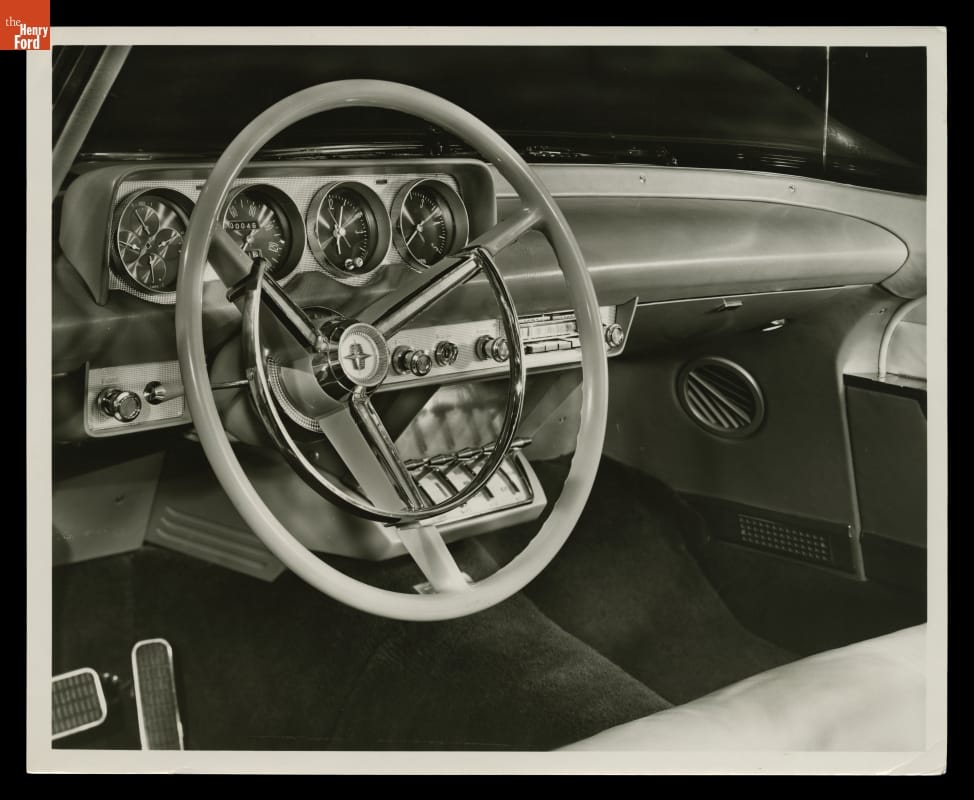 The dashboard--luxurious in 1956--featured an instrument panel inspired by airplanes, with a pushbutton radio, watch-dial gauges, and throttle-style climate control levers. / THF113250 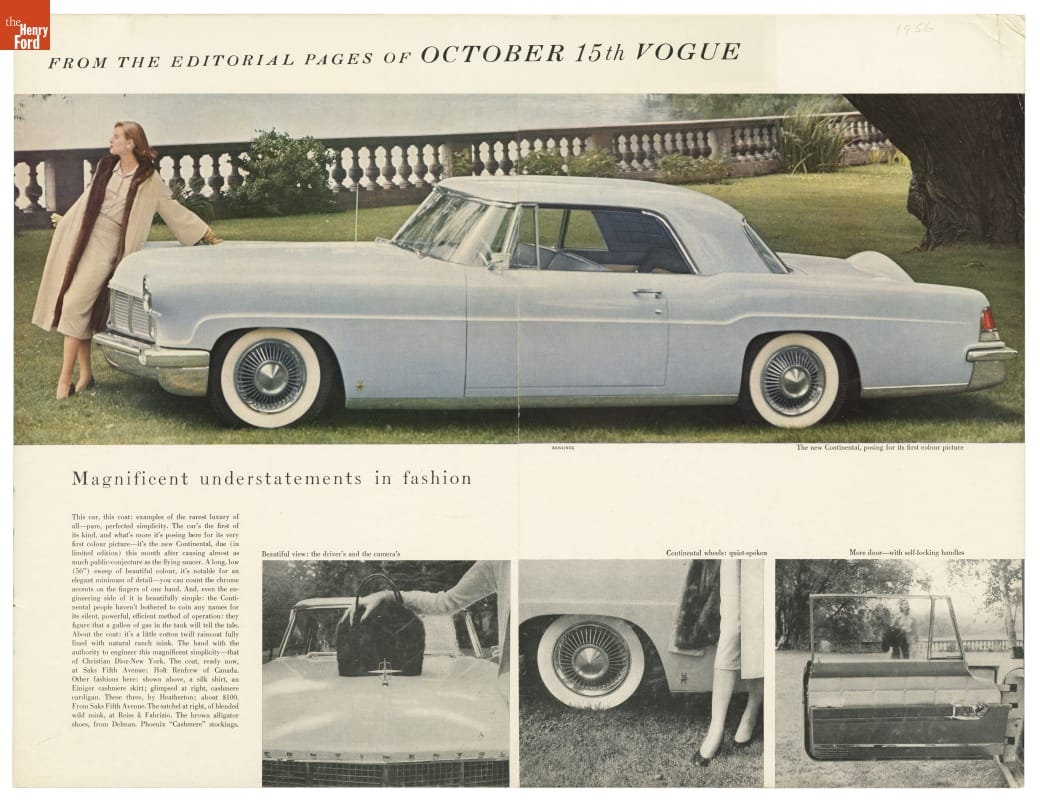 Like the car, advertising was understated. This Vogue magazine ad links the car with classic design in architecture and fashion. / THF83341