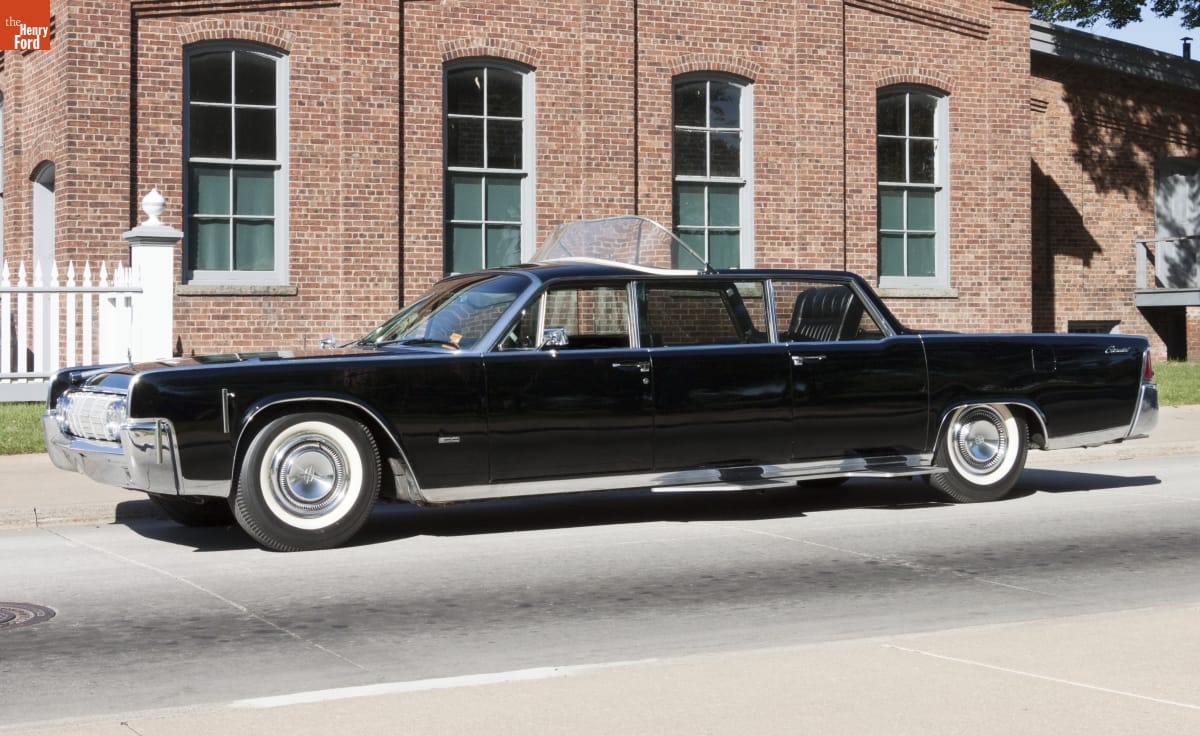 Fit for the pope, perfect for a parade!

Ford Motor Company was approached by the Vatican in 1965 to provide a vehicle in which to transport Pope Paul VI during a visit to New York City that October. It was an unprecedented occasion—no sitting pope had ever visited the United States before—and Ford was determined to meet the challenge. The automaker approached George Lehmann and Bob Peterson of Chicago. The two men had specialized in “stretching” and customizing Lincoln Continentals since 1962, and their firm had earned a reputation for the high quality of its work. Lehmann-Peterson did not disappoint, rushing a special car to completion in fewer than two weeks.

The papal Lincoln was lengthened to 21 feet (from the standard 18). Step plates and handrails were added for security personnel. Additional seats, arranged in a vis-à-vis (i.e., face-to-face) layout, were placed in the rear compartment. Supplemental interior lighting and a public address system allowed the pontiff to be seen and heard by the crowds, and an adjustable seat—capable of being raised several inches—further improved his visibility. A removable roof panel and added windscreen allowed the pope to stand and wave when conditions permitted. 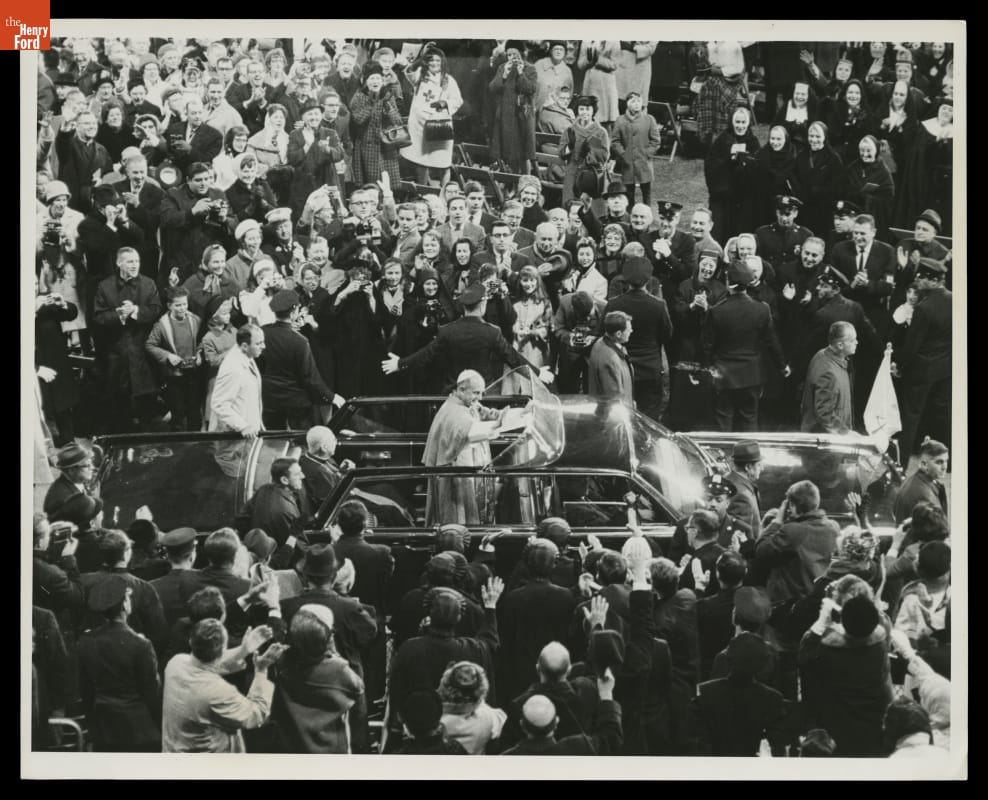 Pope Paul VI spent a whirlwind 14 hours touring New York on October 4, 1965. He gave a blessing at St. Patrick’s Cathedral, met with President Lyndon Johnson at the Waldorf Astoria hotel, addressed the UN General Assembly, and led an outdoor mass at Yankee Stadium. The pontiff ended his tour with a visit to the Vatican exhibit at the New York World’s Fair.

The modified Lincoln returned to Chicago where it served as a city parade car for visiting dignitaries. In 1968, the Vatican called once again, this time requesting the car’s use during a papal visit to Bogotá, Colombia. The car again performed flawlessly, despite Bogotá’s high altitude and the engine modifications made to the vehicle as a result. 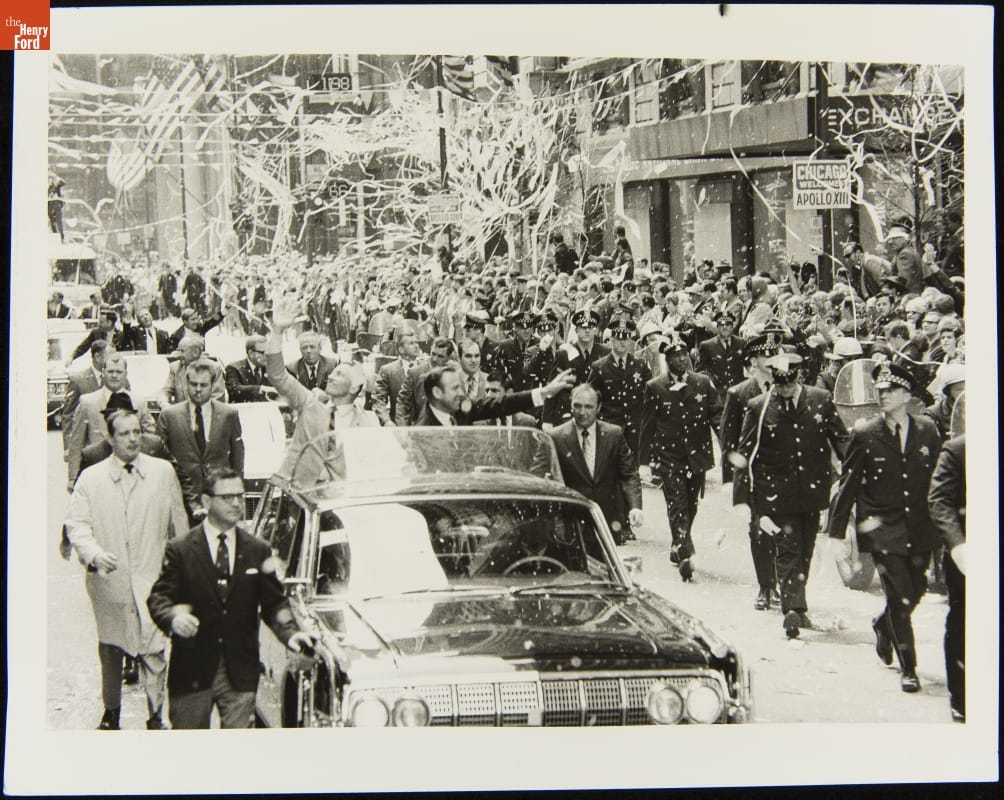 The car went back to Chicago and soon carried a new series of dignitaries. Apollo 8 astronauts Frank Borman, Jim Lovell, and William Anders—the first men to orbit the Moon—were paraded in the car on a visit to the Windy City in January 1969. Seven months later, Apollo 11 astronauts Neil Armstrong, Buzz Aldrin, and Michael Collins enjoyed a similar honor. The crews of Apollo 13 and Apollo 15 would later have their own parades in the Lincoln.


See the limo cruise through the streets of Greenfield Village in this video clip. / The Henry Ford’s YouTube channel

The limousine was retired from public service in the early 1970s. It subsequently passed through five private collections before being offered to The Henry Ford in 2016.