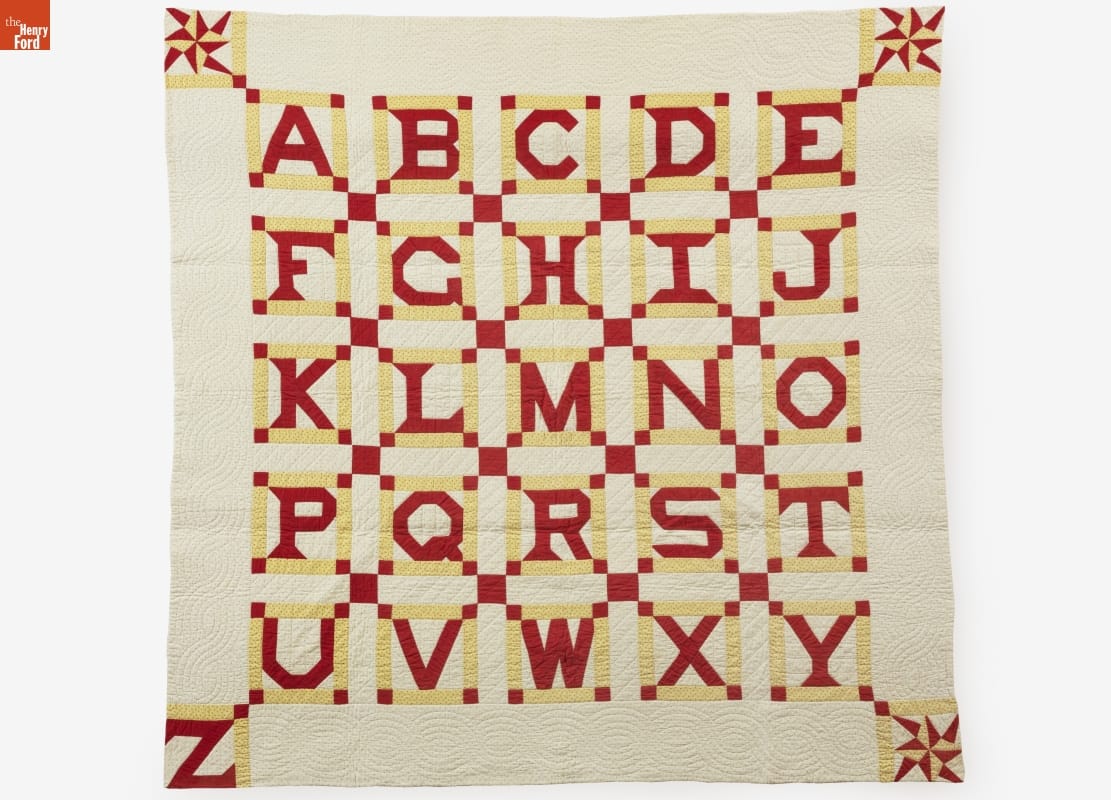 This alphabet quilt, likely made in Berks County, Pennsylvania, dates from about 1910.   THF168579  (Purchased through the Eleanor B. Safford Memorial Textile Fund.)

The alphabet song gave us a fun way to learn our ABCs—and the order of the letters.  (I don’t know about you, but I sometimes still find myself singing it as I alphabetize something.)  Even before kids head off to school, we not only sing the alphabet song to them, but surround them with images of alphabet letters—on building blocks, children’s dishes, and even, wallpaper—to help them learn their ABCs.

Alphabet letters also appear on quilts. Quilt block patterns published in the 20th century made it easier to plan and create these quilts. In 1906, Ladies Art Company, a mail order business that published hundreds of quilt patterns, offered a series of alphabet block designs. The Henry Ford’s alphabet quilt was likely made using these patterns.

The letters on this alphabet quilt may look like they are curved—but they are actually made up of triangles, squares, rectangles and trapezoids.  The letter blocks were designed to avoid curved seams, which are more difficult to execute than these other geometric shapes. Yet, even using these Ladies Art Company patterns offered challenges.  Some letters, like the G and Q, required more intricate piecing.  Some quiltmakers simply deviated a bit in piecing the blocks for these, and other letters.  Our quiltmaker managed the Q, but made a few small changes in creating the G. 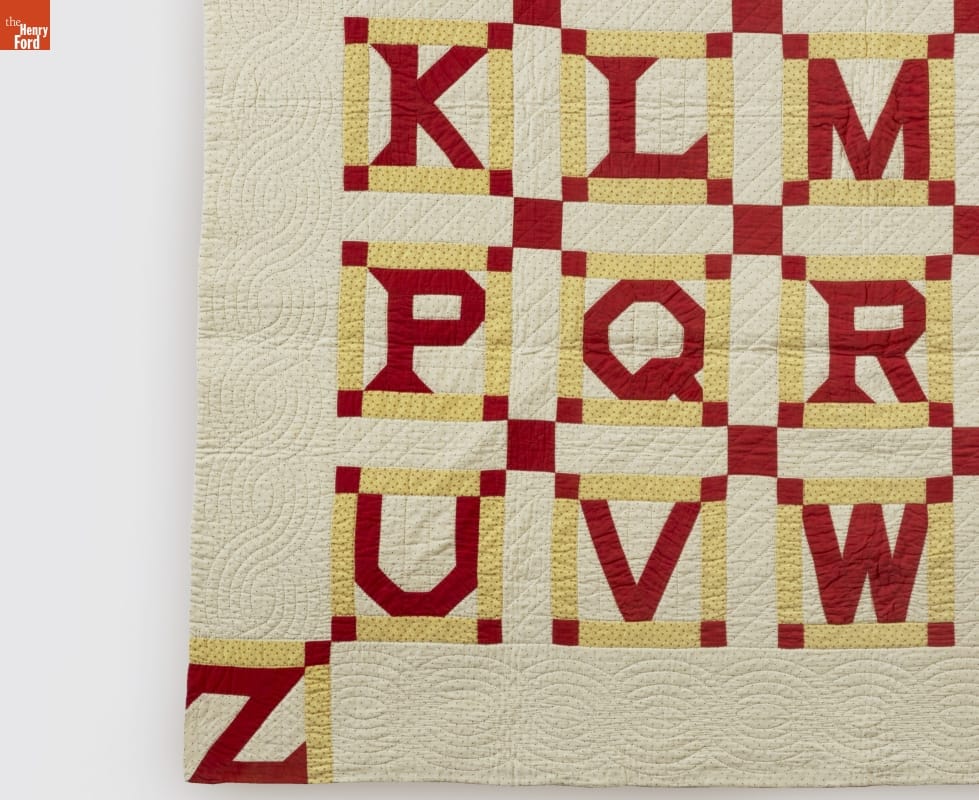 Though working from the same pattern, each individual quiltmaker created her own unique quilt through her choice of fabric, the exact arrangement of the letter blocks, the design of the sashing and borders, and the quilt patterns used in the decorative corner blocks that complete the quilt. Some quiltmakers arranged the letter blocks in rows of three and five. Others placed them in four rows of five letter blocks—and then figured out what to do with the leftover Z! Our quilt maker tucked the Z into one corner, creating a delightfully whimsical effect.

We don’t really know who made this quilt, or who they made it for.  But it is easy to imagine a child cuddling with this charming alphabet quilt—and learning his or her letters at the same time.