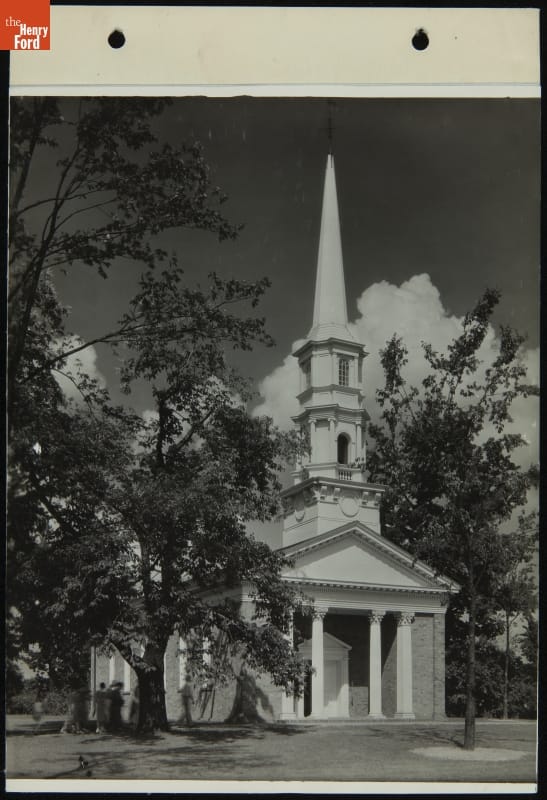 You could argue that one of the most visible buildings in Greenfield Village is Martha-Mary Chapel, standing as it does at the end of the Village Green, with its columns in front and high steeple. However, unlike many of the other buildings in the Village, the Chapel is not a historic building that was moved from elsewhere, but was built in the Village in 1929. Henry Ford wanted to recreate a typical village green and therefore had the Chapel (a characteristic building for a green) built, and named it after both his own mother, Mary Litogot Ford, and his wife Clara’s mother, Martha Bench Bryant.  Some of the fixtures on the building came from Clara Ford’s childhood home, adding another layer of personal resonance. We’ve just digitized more than 100 images of the Chapel taken over its nearly 90-year history, including this classic shot from 1935—browse them all by visiting our Digital Collections.