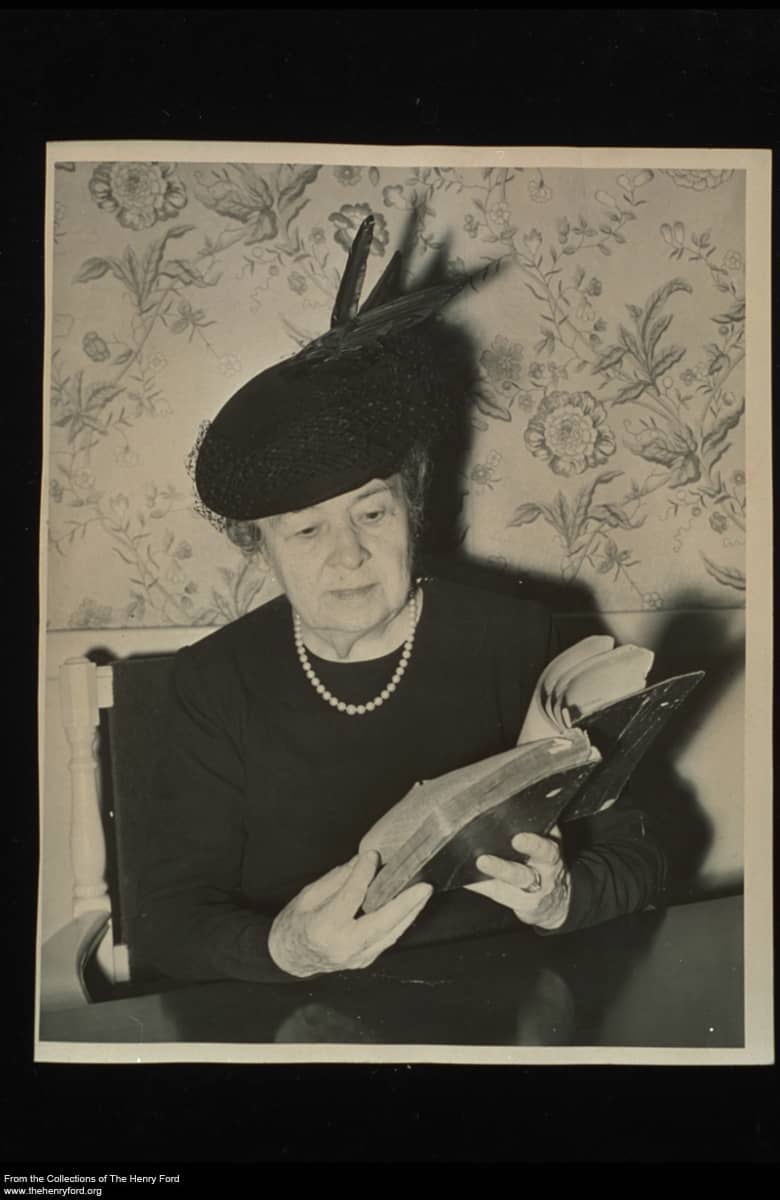 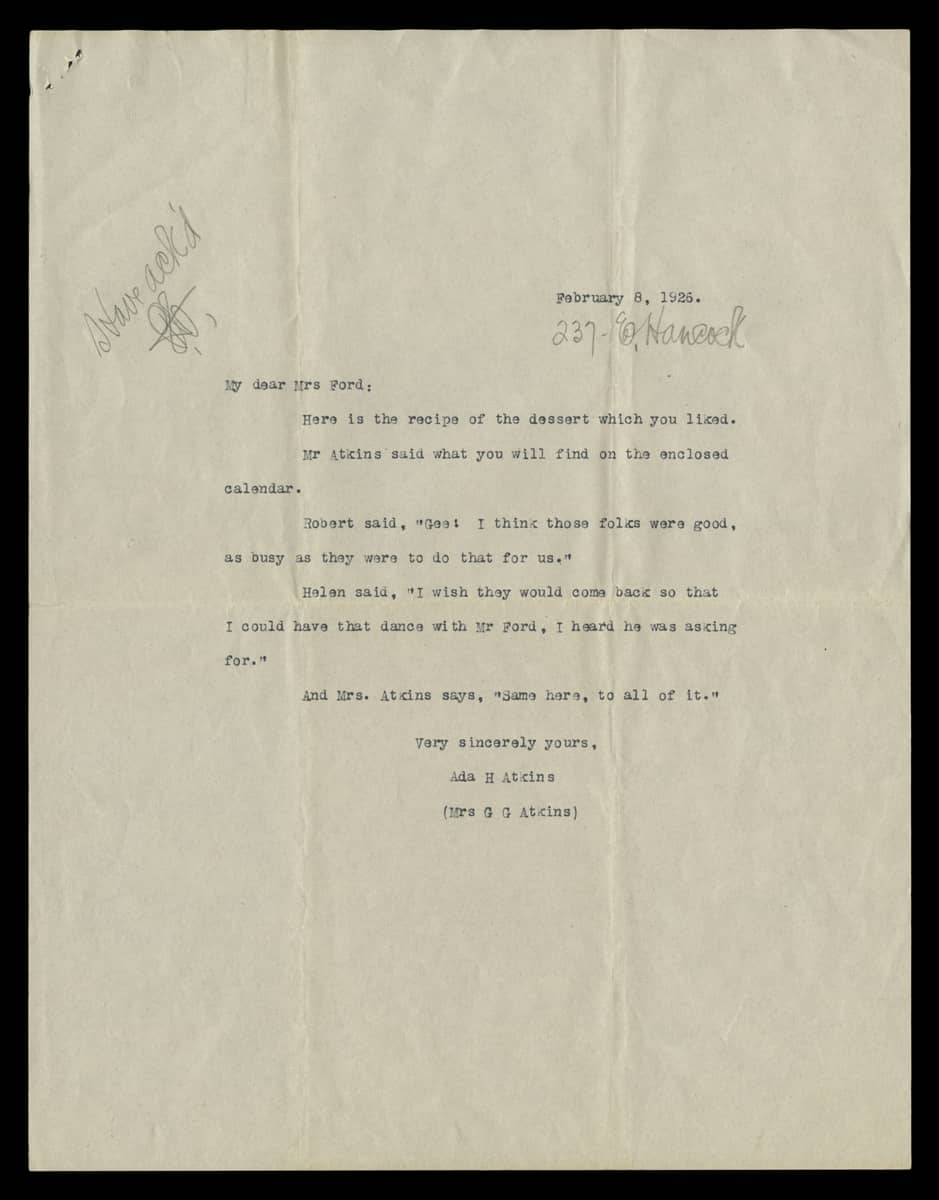 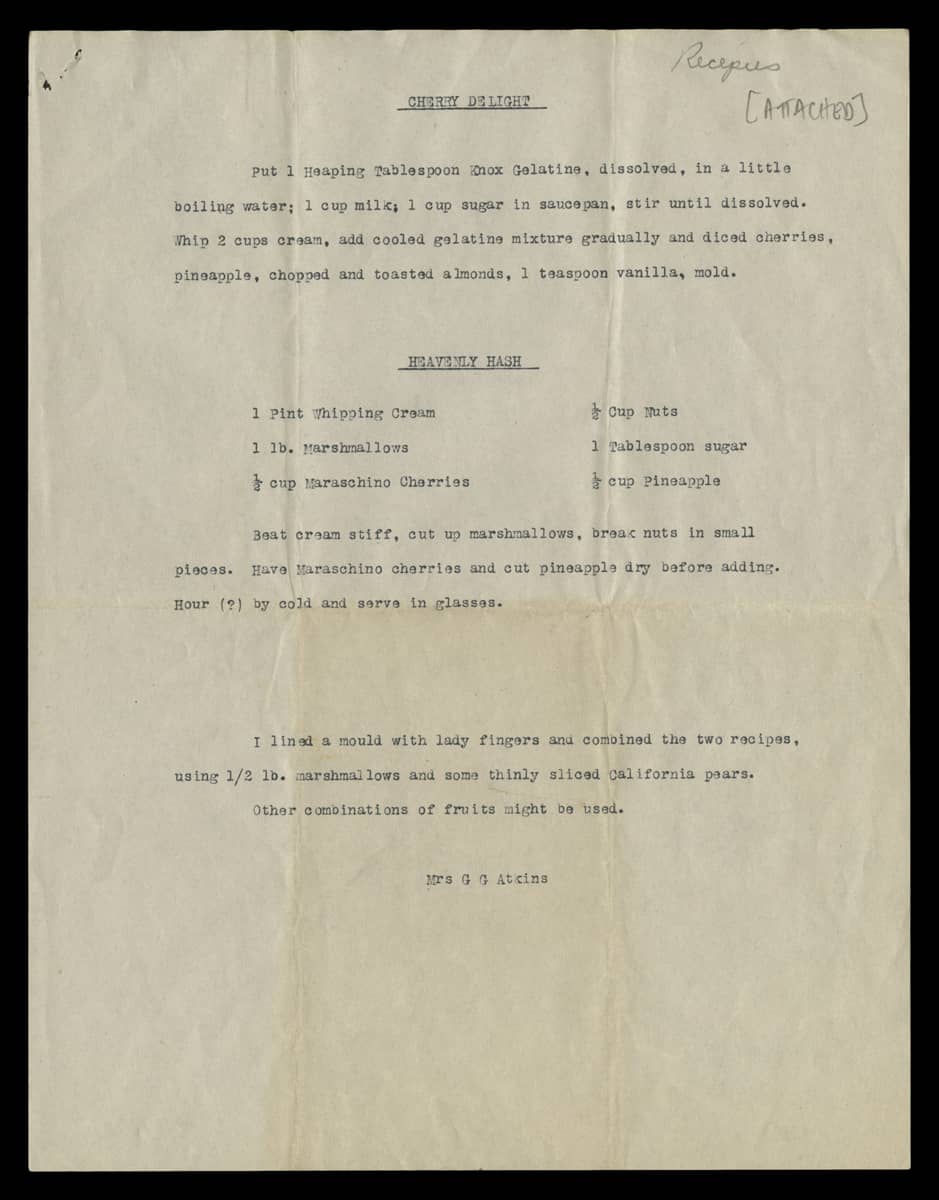 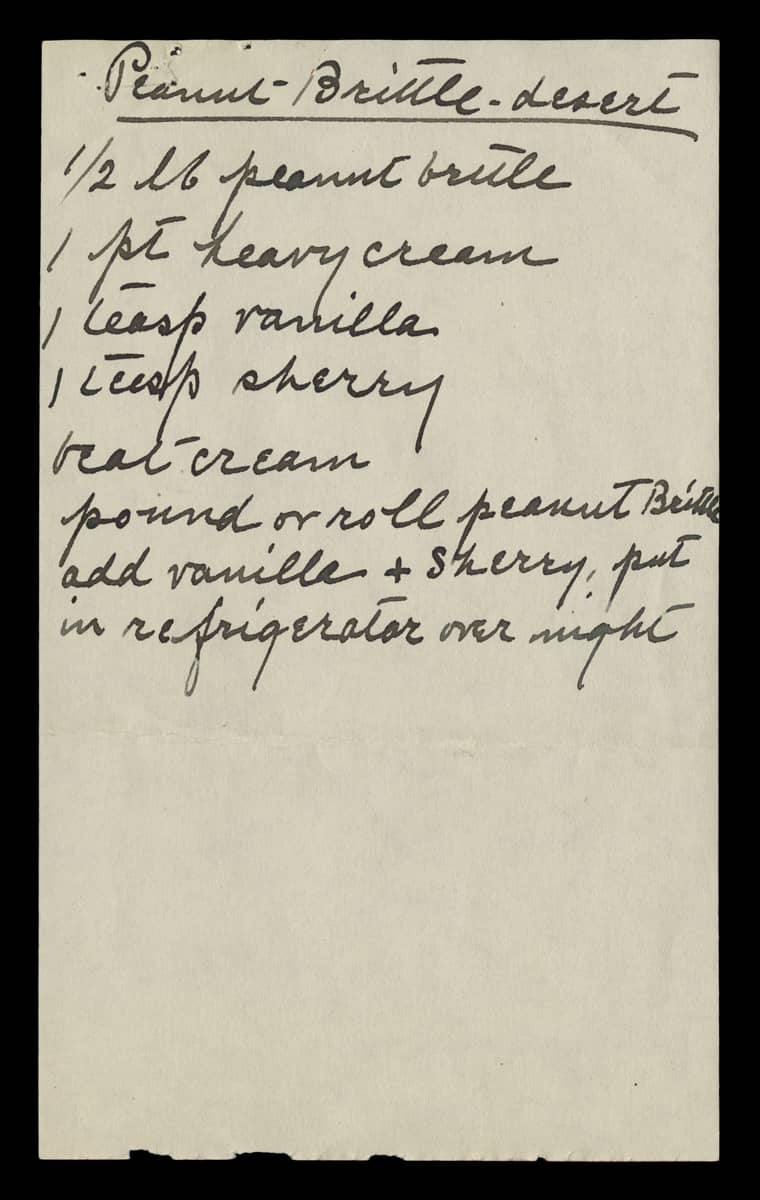 Buying fresh produce direct from local farmers is a key to our efforts today to “eat local.” Nearly 90 years ago, Clara Ford was advocating the same thing, to improve on diets that were undermined by too much processed food and--more importantly to her--to improve the situations of rural farm women. Continue Reading

As a public researcher who has spent many hours using the archival holdings of the Benson Ford Research Center, I am always amazed by what I find among the papers and photographs of Henry, Clara and Edsel Ford. Perhaps I am a history geek, but many a time my research has led me to very memorable and enjoyable experiences, as was recently the case.

These are the records of the Fords' everyday lives—from drawings made by their young son, Edsel, to the sympathy cards they received upon his early death. The boxes include receipts of purchases they made, correspondence from famous friends, like the Edisons, and itineraries from trips abroad. The accession also includes dozens of compelling letters sent to Clara Ford from people asking her for money, and from others asking her to speak to her husband on their behalf to buy a family heirloom for his museum or employ a family member during the Depression. Thank goodness the Fords saved so much, for it gives us an insight into the forgotten details of their experiences, times they shared, decisions they had to make, and the heartaches and challenges they faced.

During a recent research project, I came across a letter from Helen Keller to Clara Ford, dated March 29, 1949, written two years after Henry's death. In the letter, Helen Keller (1880-1968) thanks Clara for her donation to the American Foundation for Overseas Blind. The Fords, Henry and Clara, as well as Edsel, had begun in the 1920s to donate to causes led by Helen Keller. Ford Motor Company's job training and placement for blind workers was one of the catalysts that began their association.

But the 1949 letter is so much more than an organizational thank you. As I read the three-page typed letter, it made me pause, as I imagined this extraordinary woman, penning this beautifully composed letter to Clara, sharing personal moments she experienced traveling the world and providing a personal window into her life.

Although this letter was not the primary focus of my research, it lured me on to new directions, causing me to ask more questions about the relationship of Helen Keller and the Fords, and the work of Helen Keller. It was a long time ago, back in elementary school, that I had read Helen Keller's autobiography, The Story of My Life, but I recalled how remarkable a life she had led. Visiting a few websites allowed me to put the time the letter was written into a better context and learn more about the American Foundation for Overseas Blind, the organization referenced in the letter.

The new search engine available internally at the BFRC allowed the archivist to provide me with a list of all known items related to Helen Keller in other boxes. This is a wonderful new tool for researchers that is just getting launched. With so many records, this will assist researchers with finding material that before relied on a lot of work, skill and sometimes luck, to find related documents throughout the collection.

We located several letters that spanned the decades, sent to Henry, Clara and Edsel. Helen Keller traveled all over the world, speaking and raising money for various organizations that supported research and assistance for blind citizens. I learned that Edsel Ford was one of the lead organizers for one such visit to Detroit in 1930.

I recalled that during an earlier research project I had seen a photograph of Helen Keller on the porch of the Menlo Park Laboratory in Greenfield Village. Reviewing the search results, we located a few photos of Helen Keller with her secretary and companion, Polly Thompson, along with Edsel Ford and Francis Jehl, Thomas Edison's assistant. If you look at Helen Keller's hand, you can see it placed in Polly Thompson's.

During this research period, I happened to mention the Helen Keller letter to a friend, Sandy North, who is the former Director of the Redford Union Oral Program for the Hearing Impaired. Sandy has long been a great admirer of Helen Keller, even posting quotes of Keller in her classroom for many years. Sandy has been a member of The Henry Ford for many years, but had never visited the Benson Ford Research Center. I invited her to join me to see the Keller letter and photographs.

As Sandy later wrote to me:

Because of my vocation, I have always admired Helen Keller, who was deaf and blind. She learned language through feeling the fingers of her interpreter. She communicated to others through her oral speech…and spoke and wrote in several languages. She was a champion of the poor and women's rights at a time when women did not have the right to vote. She is my role model.

I had read Helen's speeches, but I had never read any of her personal correspondence. Here I was holding it! Her vocabulary far exceeded mine and her beautiful descriptive language brought tears to my eyes. Although the letters were typed, her signature was hand-printed by Helen! Best of all, I had copies made of the letters and could bring them home with me!

To think that all of this extensive collection of the Benson Ford Research Center is available to people of our community and people everywhere doing research!

It was a memorable experience for both of us and this blog post has been the result of this very interesting research project.

Along the way, I discovered another path of inquiry as I was researching the American Foundation for Overseas Blind. This organization is now named Helen Keller International. It was founded in 1915 by Helen Keller and George Kessler, a wealthy New York merchant, and is among the oldest non-profits dedicated to preventing blindness and reducing malnutrition. During the World Trade Center terrorist attack, their New York headquarters were destroyed; gratefully no employees were injured, but their collection of Helen Keller papers was lost. This circumstance makes this document even more valuable, not only to The Henry Ford’s collection, but also to Helen Keller International and to scholars studying Helen Keller's life and legacy.

So I hope that with more and more relevant archival materials being digitized and made freely available online, and with the sharing of expertise among these and other organizations as well, the association of the Fords with Helen Keller and their support for her causes can continue to be preserved and made better known.

Susan McCabe is the former curator of Henry Ford Estate, Dearborn. Shevholds an MA in history museum studies from the Cooperstown Graduate Program, SUNY at Oneonta. She has researched extensively and lectured on the life of Clara and Henry Ford.

Editor's note: Another organization with which Helen Keller was associated is the American Foundation for the Blind (AFB). The AFB holds of the main body of Helen Keller papers, called the Helen Keller Archives, which includes personal papers that she bequeathed to them as well as professional papers from her tenure with AFB.