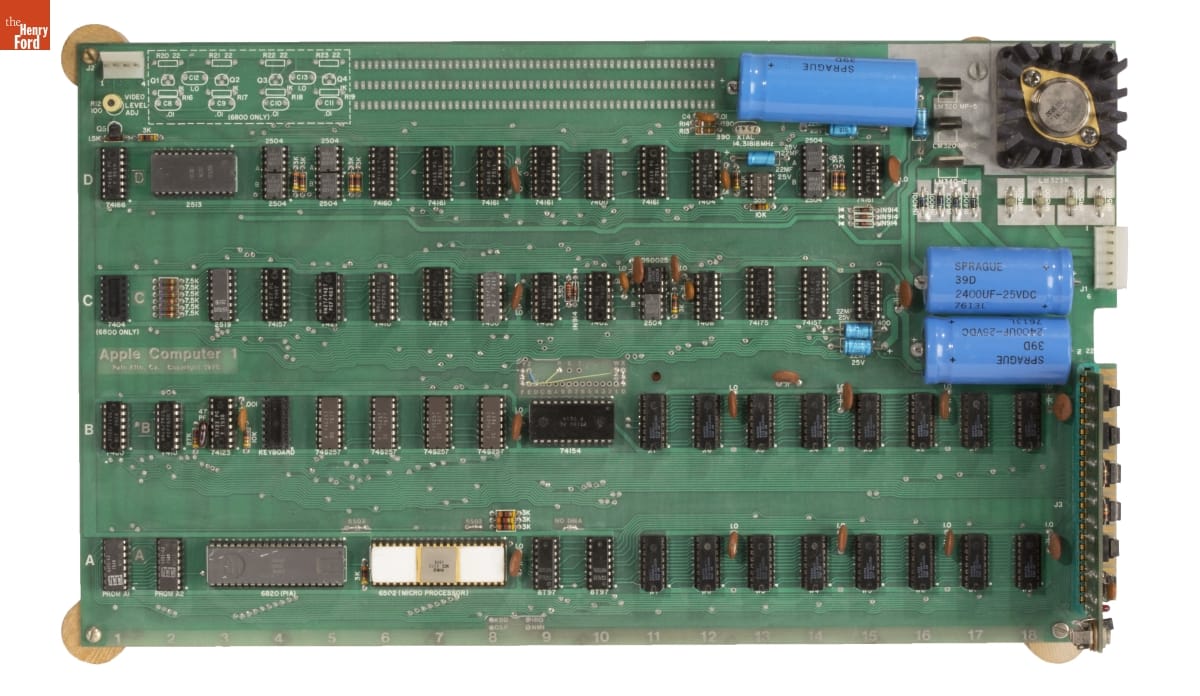 On April 11th, 1976—40 years ago—the first Apple product made its public debut. The origins of this device began the previous year, on a rainy day in March of 1975, when a group of enthusiastic computer hobbyists met in a garage in Menlo Park, California. Steve Wozniak attended this inaugural meeting of the Homebrew Computer Club, and walked away with the inspiration to create a new breed of computer. This was the beginning of the Apple 1 computer.

Today, thanks to the combined technical knowledge and passion of Steve Wozniak and Steve Jobs, we can celebrate the anniversary of a milestone. For a limited time, The Henry Ford’s Apple 1 computer will be on display in the museum’s William Clay Ford Plaza of Innovation, April 11-30, 2016. We hope you’ll join us in celebrating the legacy of this key artifact of the digital age.

A few facts and numbers to consider:

Do you want to know more about the Apple 1? We at The Henry Ford have been happy to show off this incredible artifact at every given opportunity. You can read the original blog post announcing its acquisition, or an in-depth article that asks the question: “What if everyone could have a personal computer?” You can see detailed photographs or watch a video describing the experience of winning the computer at auction, or witness a very happy gathering of staff members unpacking it upon its arrival. You can also watch a video of Mo Rocca and our Curator of Communications and Information Technology, Kristen Gallerneaux, talk about the power (and limitations) of early computers in an Innovation Nation episode. And if you need more yet, you could watch a new Connect3 video about the surprising connections that exist between the Apple 1 and other artifacts in our collection, or even still, dive deep into the mind of Apple co-founder Steve Wozniak in an extensive OnInnovation oral history.