Behind the Scenes: Photographing the Interior of the Fair Lane Railroad Car

These days, most people may not be familiar with the interior of a rail car, let alone set foot inside one that is 100 years old. For those of you who have never been inside a railcar, it is very tight quarters—both for people and also for photography equipment and lights. So, when photographer Rudy Ruzicska and myself were tasked with getting new images of the interior of the 1921 Fair Lane, Henry Ford’s private railroad car (now located in the Railroads exhibit in Henry Ford Museum of American Innovation), we knew we were going to have to get creative—and close! 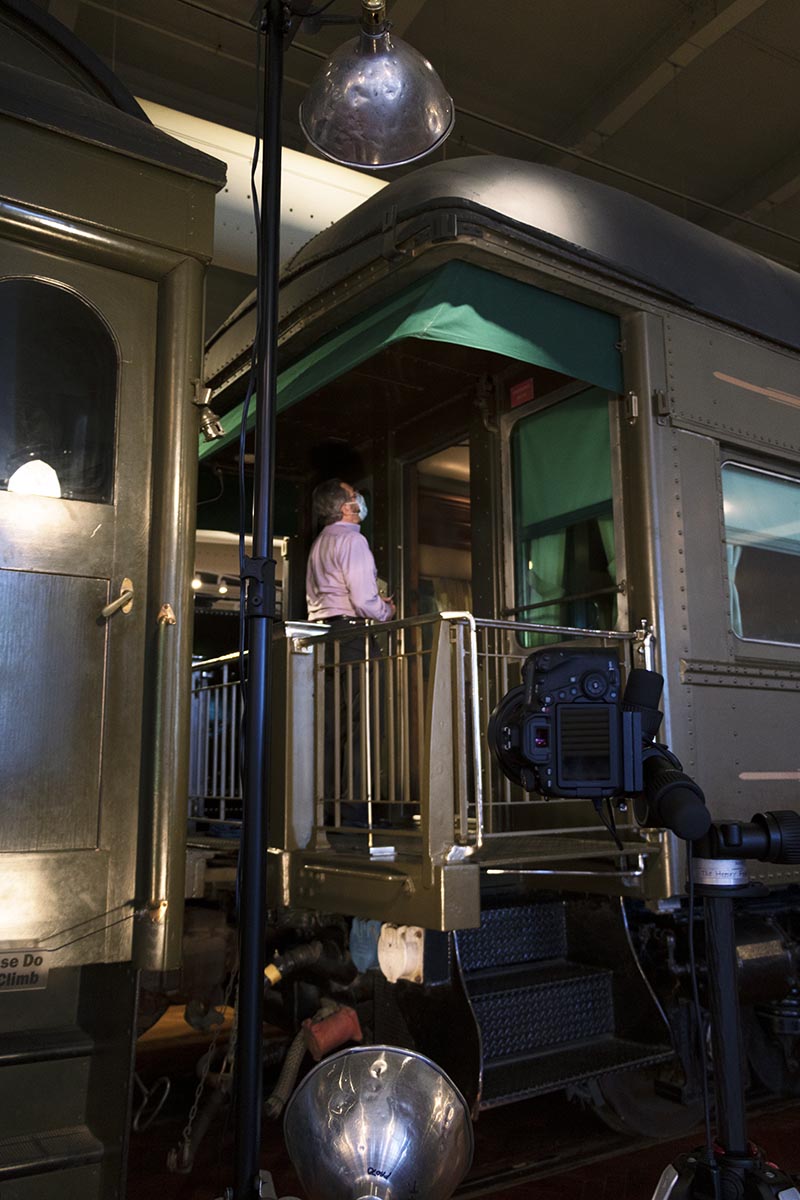 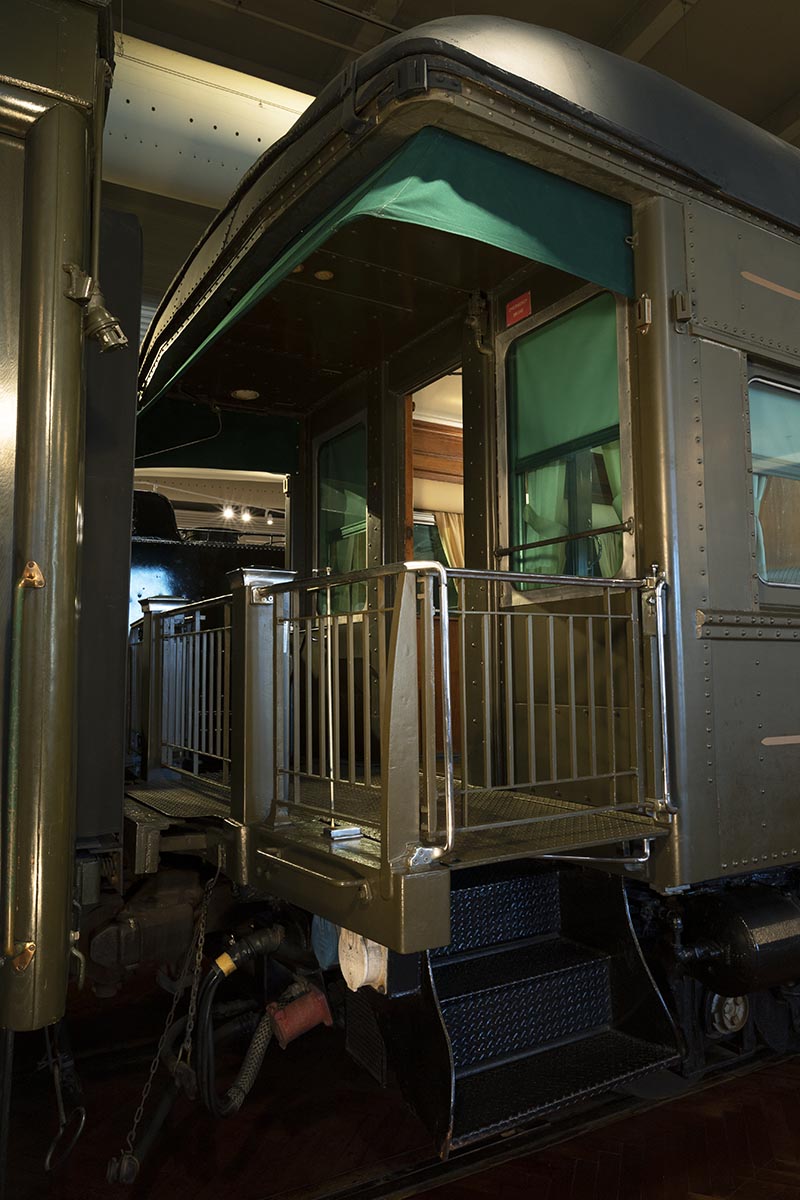 We knew that this was going to be a challenge, but a fun one. The largest rooms were at the front and the back of the car, with narrow hallways and small bedrooms between—and even smaller bathrooms! We captured as many angles as we could within such small spaces. 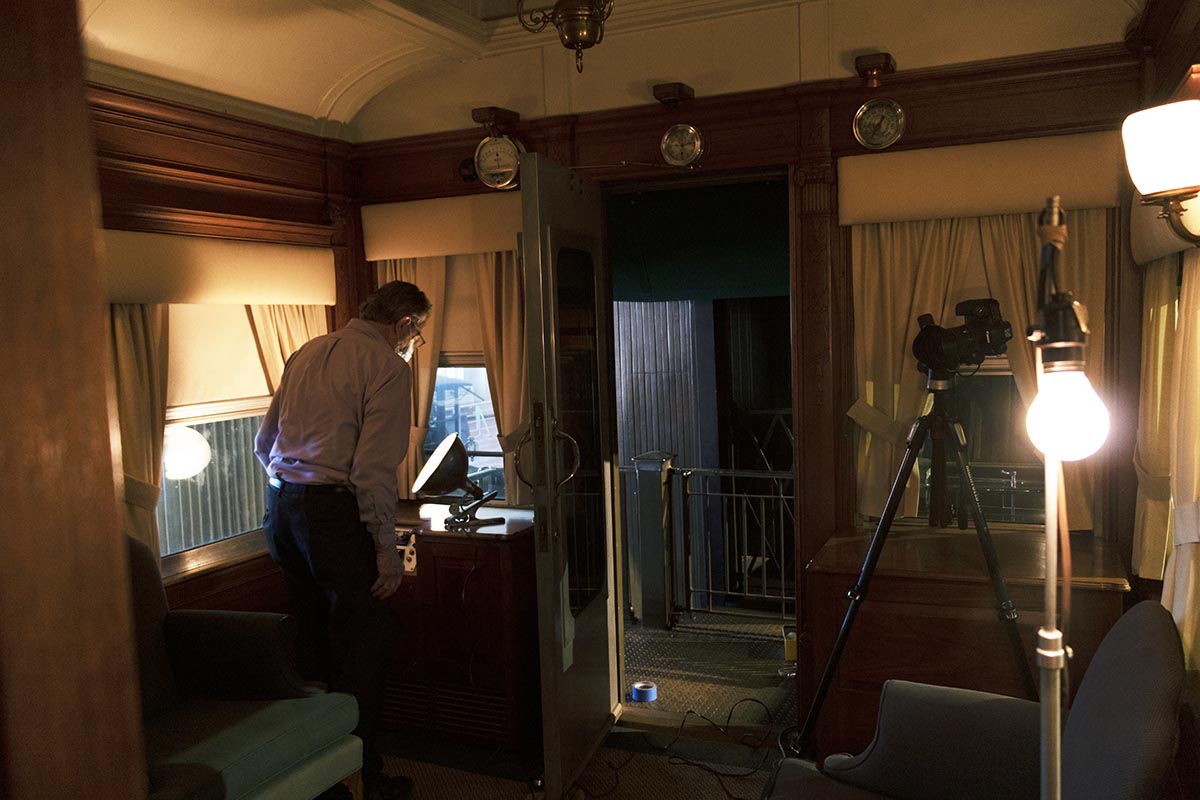 Rudy again, setting up lights for our first interior shot of the lounge…. 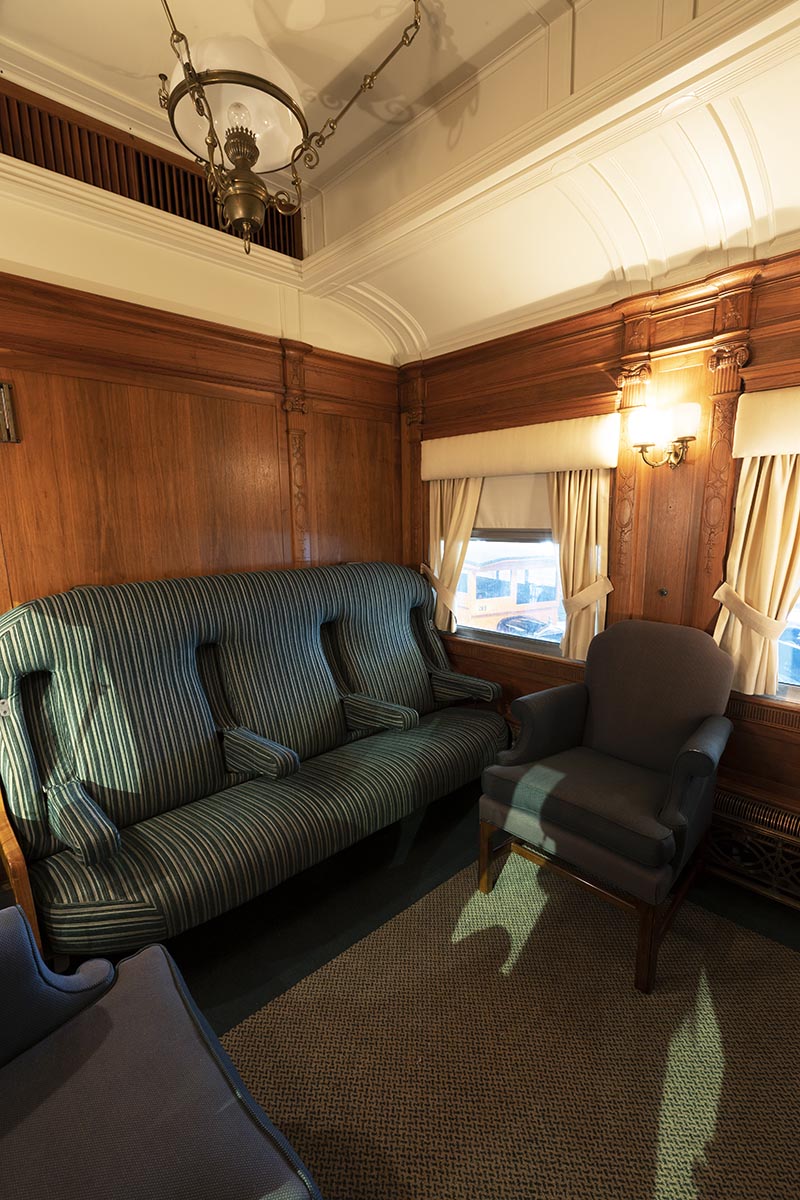 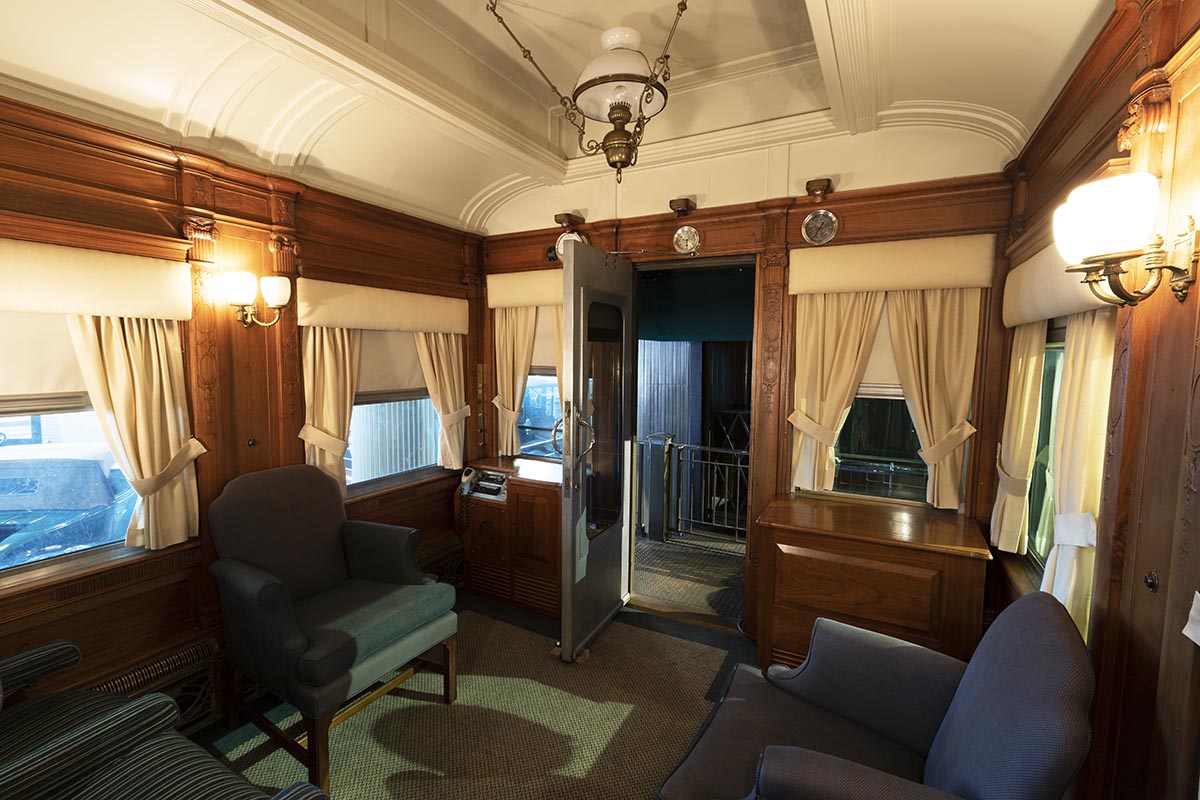 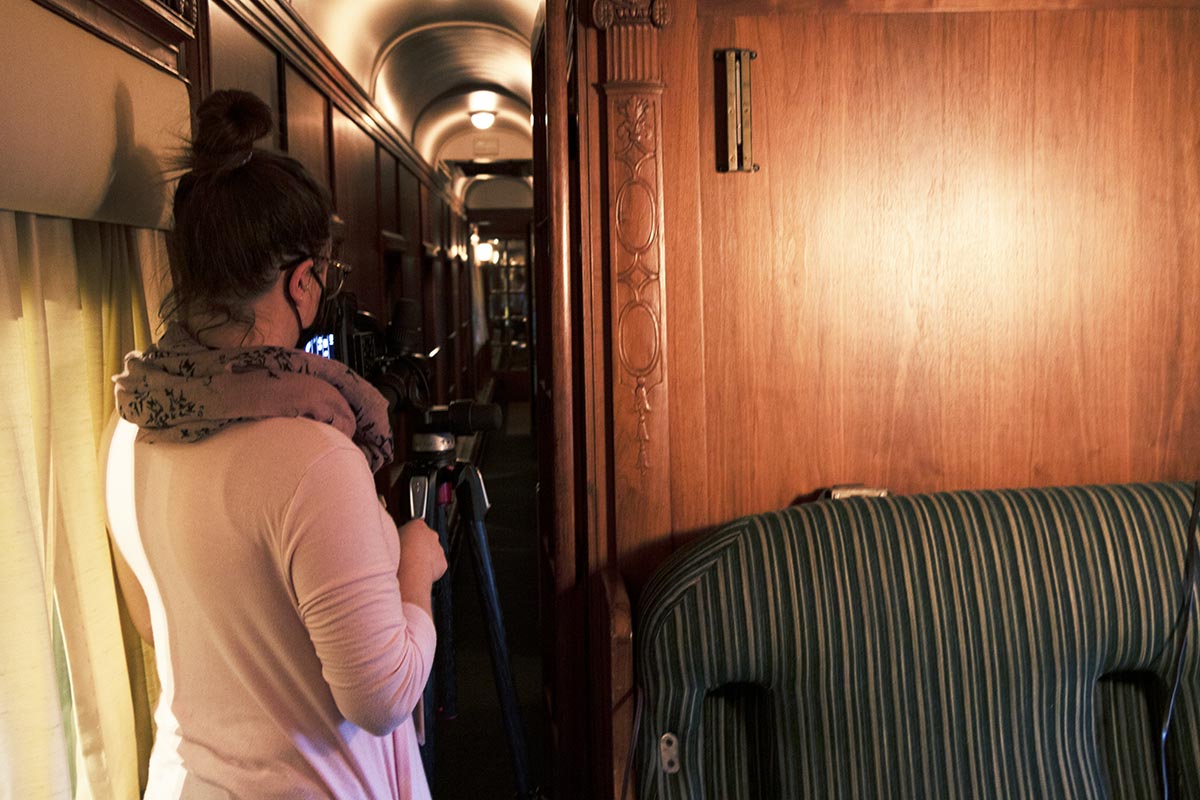 Digital Imaging Specialist Jillian Ferraiuolo (me!) setting up the shot of the hallway… 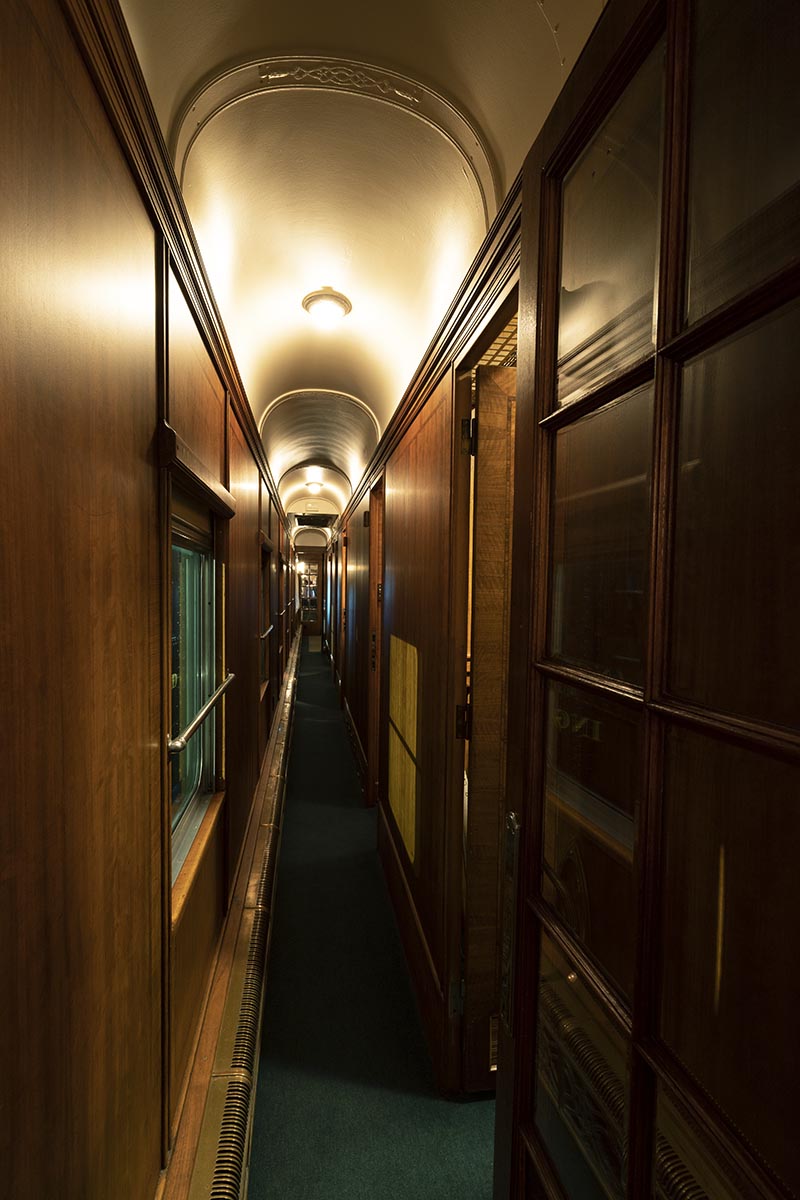 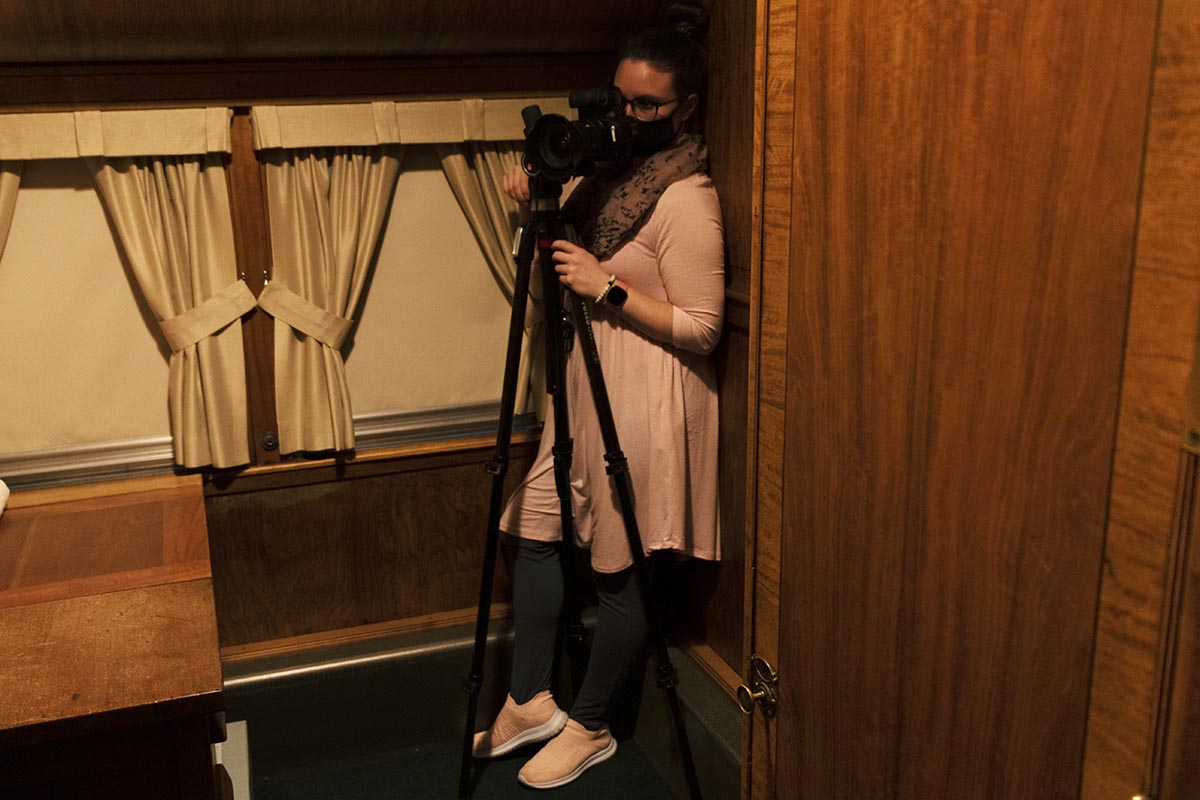 Jillian again, setting up the shot of the office… 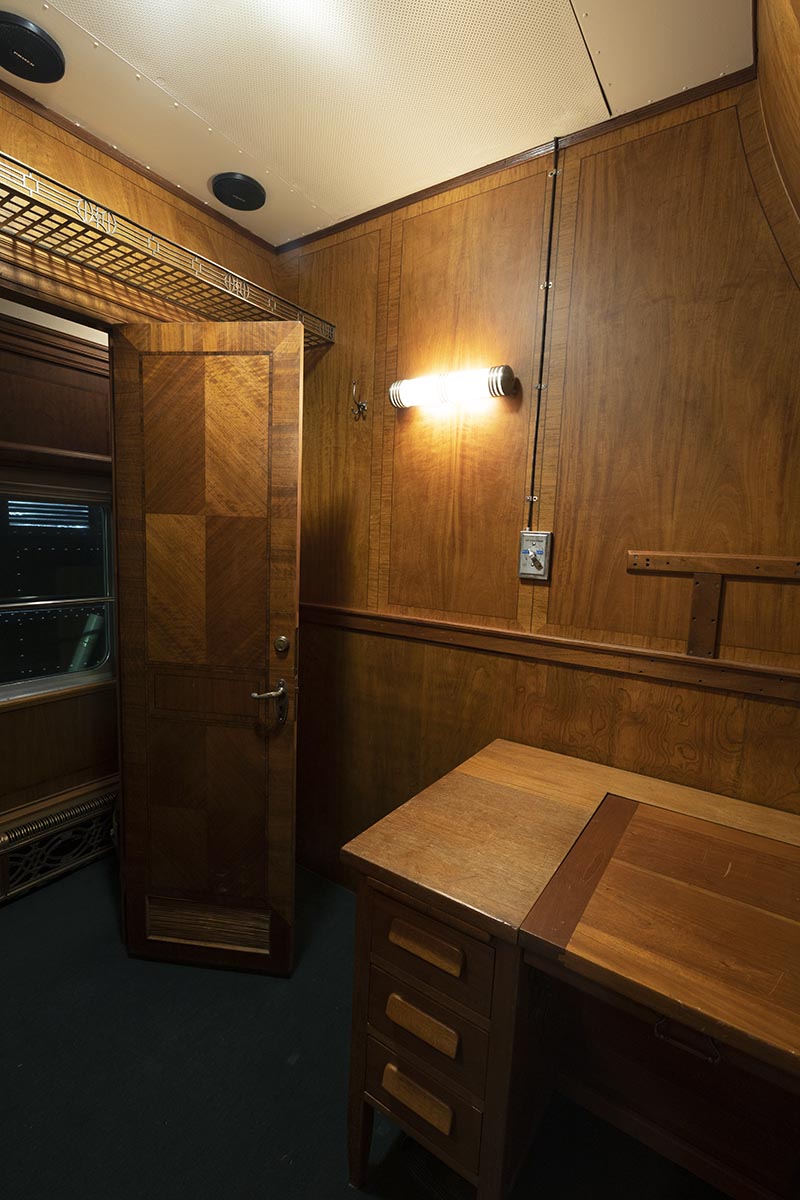 For most photos, we use a Canon 5D Mark III camera tethered to a MacBook laptop. While we did use that camera for this photo shoot, we knew we would need something with a wider range to capture the small rooms. A fisheye lens is very convex, and because of that shape it allows the camera to capture a larger area. While these lenses are great, their downside is the distortion they create because of the curve of the glass. Since our job in the Photo Studio is, at the core, documentation, we want to show our artifacts exactly as they are, without that distortion, so to capture these small rooms we needed something more.

Our solution was to use another tool already in our toolbox, the Ricoh Theta 360 camera. This small camera is operated via cellphone and app and uses two fisheye lenses to capture a space. The app control allows us to preview the 360-degree image and remotely trigger the camera (so we can make sure we’re out of the shot). The app then stitches together the images to create a full 360-degree interactive image. This is how we were able to capture the interiors of the rooms completely, including the nooks and crannies of these small spaces where our Canon camera simply couldn’t reach. 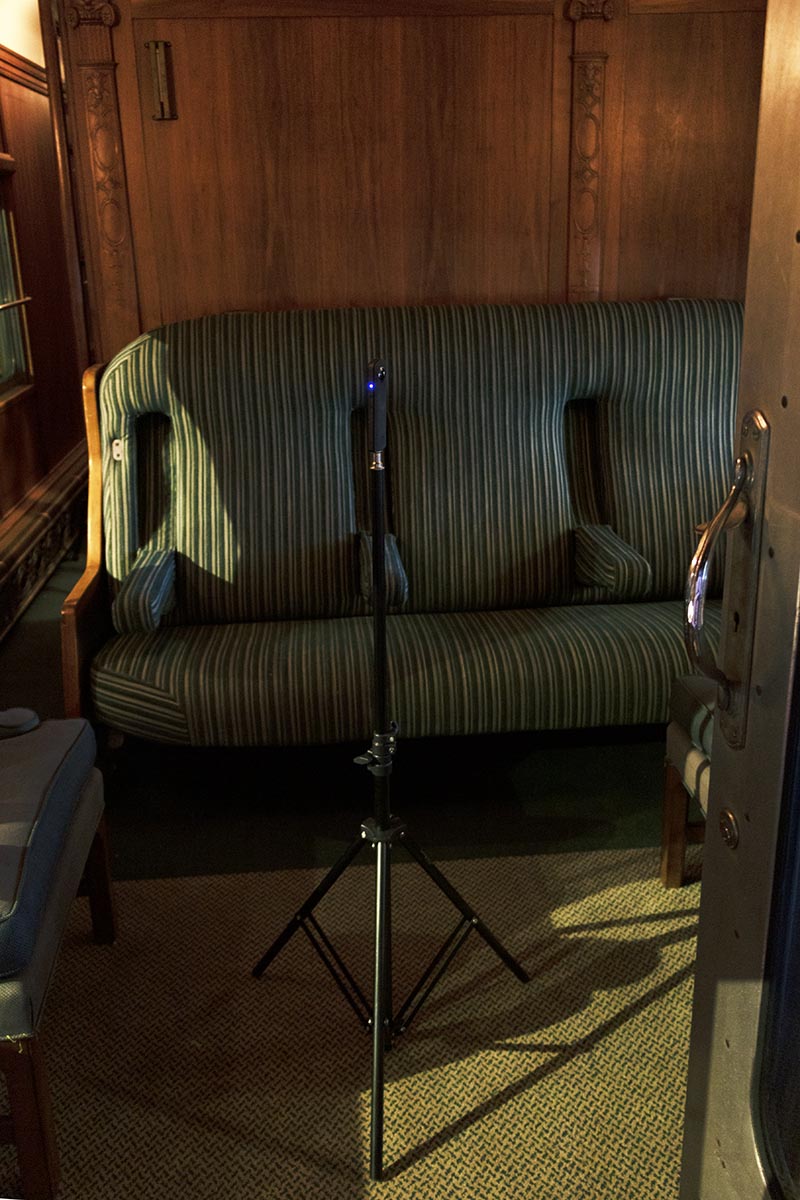 The Theta camera, mounted on a stand, ready to capture the interior of the lounge. See the 360-degree image (and the others we took) here!

We captured all of the rooms (and bathrooms!) this way, with the Theta, as well as with the Canon camera, to make sure everything was thoroughly documented. Though this certainly led us into a few tight spaces…. 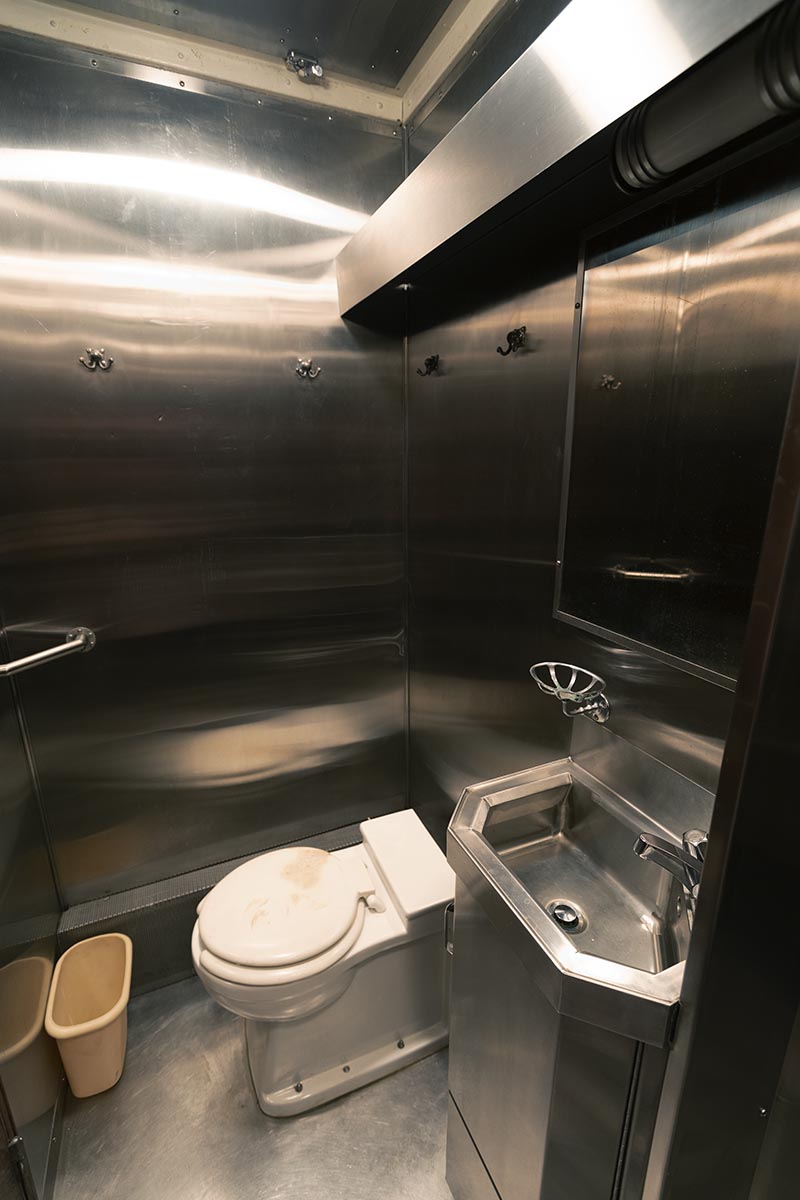 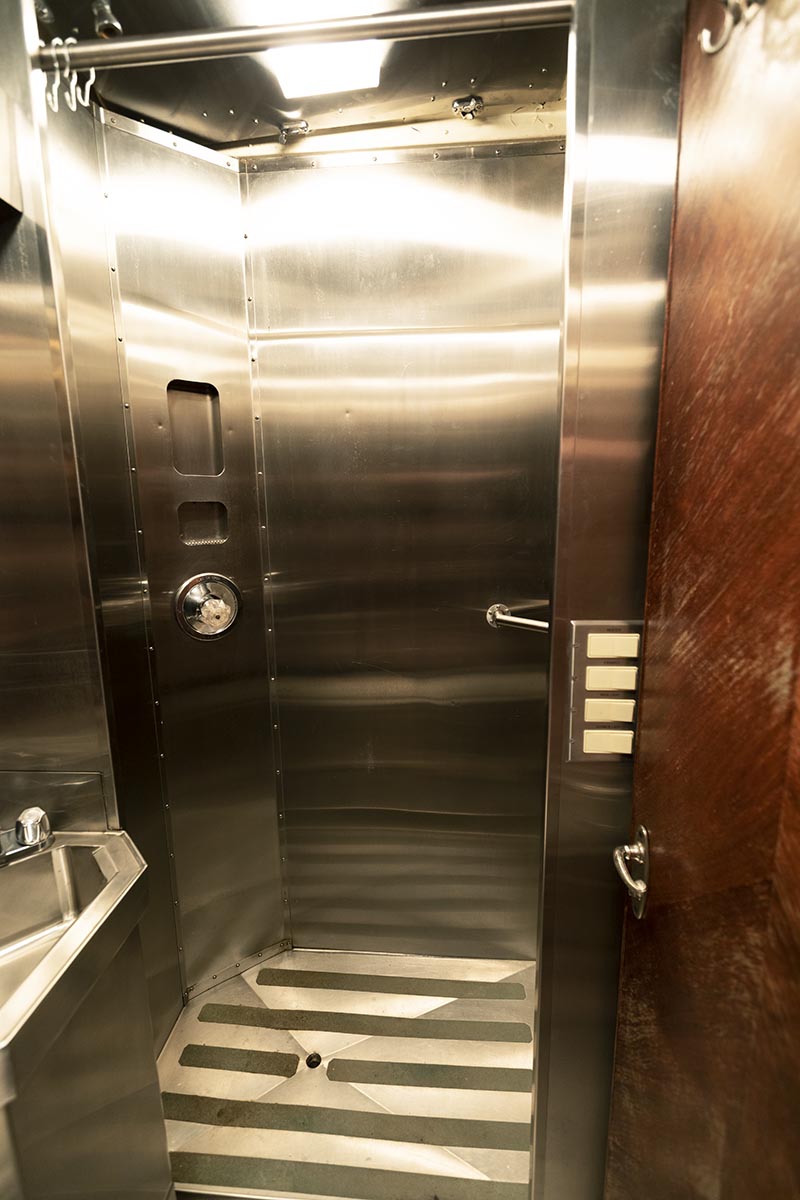 As photographers of the wide variety of artifacts at The Henry Ford, our job is certainly never boring, but when faced with unique requests like the Fair Lane, we get to have a little more fun than usual and really test the limits of our creativity and ingenuity.

I hope you enjoyed this behind-the-scenes look at how we photographed Henry Ford’s private railcar. Be sure to check out some of the new images on the artifact card below, or click through to our Digital Collections to explore all of the images and 360-degree interiors! And read more about the Fair Lane, its travels, and its history in celebration of its 100th birthday this year.

Jillian Ferraiuolo is Digital Imaging Specialist at The Henry Ford.