Our latest installation of What We Wore: Bonnie Cashin. / THF191461

Who was Bonnie Cashin? An inscription in her senior yearbook provided a hint of things to come: “To a kid with spark—may you set the world on fire.” She did. By the 1950s, Cashin had become “a mother of American sportswear” and one of the most influential fashion designers of the 20th century.

Born in 1908 in California, Bonnie Cashin apprenticed in her mother’s custom dress shop. At 16, she began designing chorus costumes for a Hollywood theater. Next stop—the Roxy Theatre in New York City, where the 25-year-old was the sole designer. The street clothes Cashin designed for a fashion-themed revue led to a job at the prestigious ready-to-wear firm Adler & Adler in 1937. Cashin left for California in 1943, where she spent six years at 20th Century Fox, designing costumes for approximately 60 films. 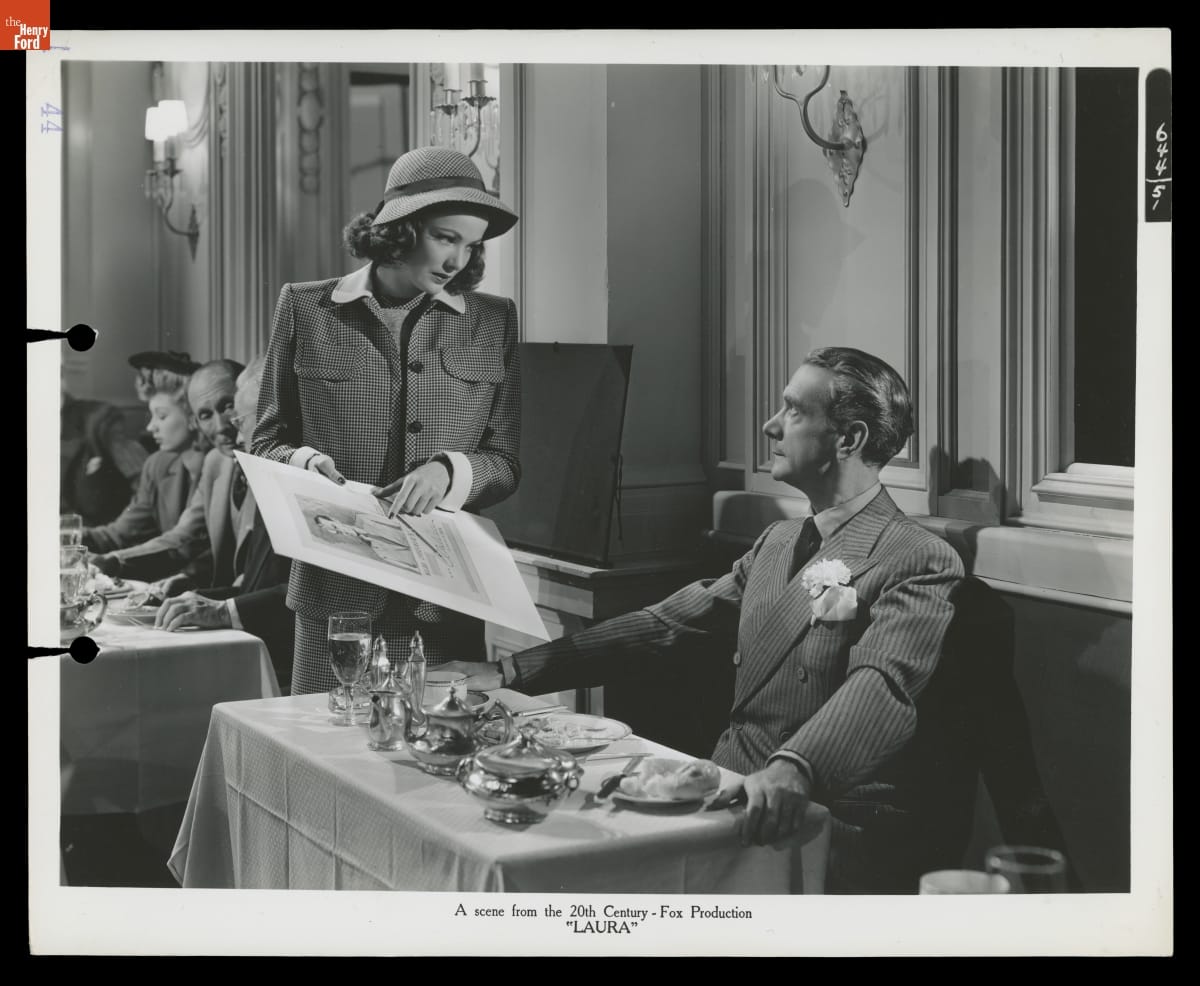 Cashin’s designs for the 1944 movie Laura were the most influential of her 20th Century Fox creations. Motion pictures of the 1940s tended to showcase female stars as wealthy and glamorous women. Cashin’s designs for actress Gene Tierney suggested clothing chosen by the character of Laura herself, rather than costumes worn for an actress’s role. A revolutionary concept for the time, the garments reflected Cashin's real-life views. / THF700871 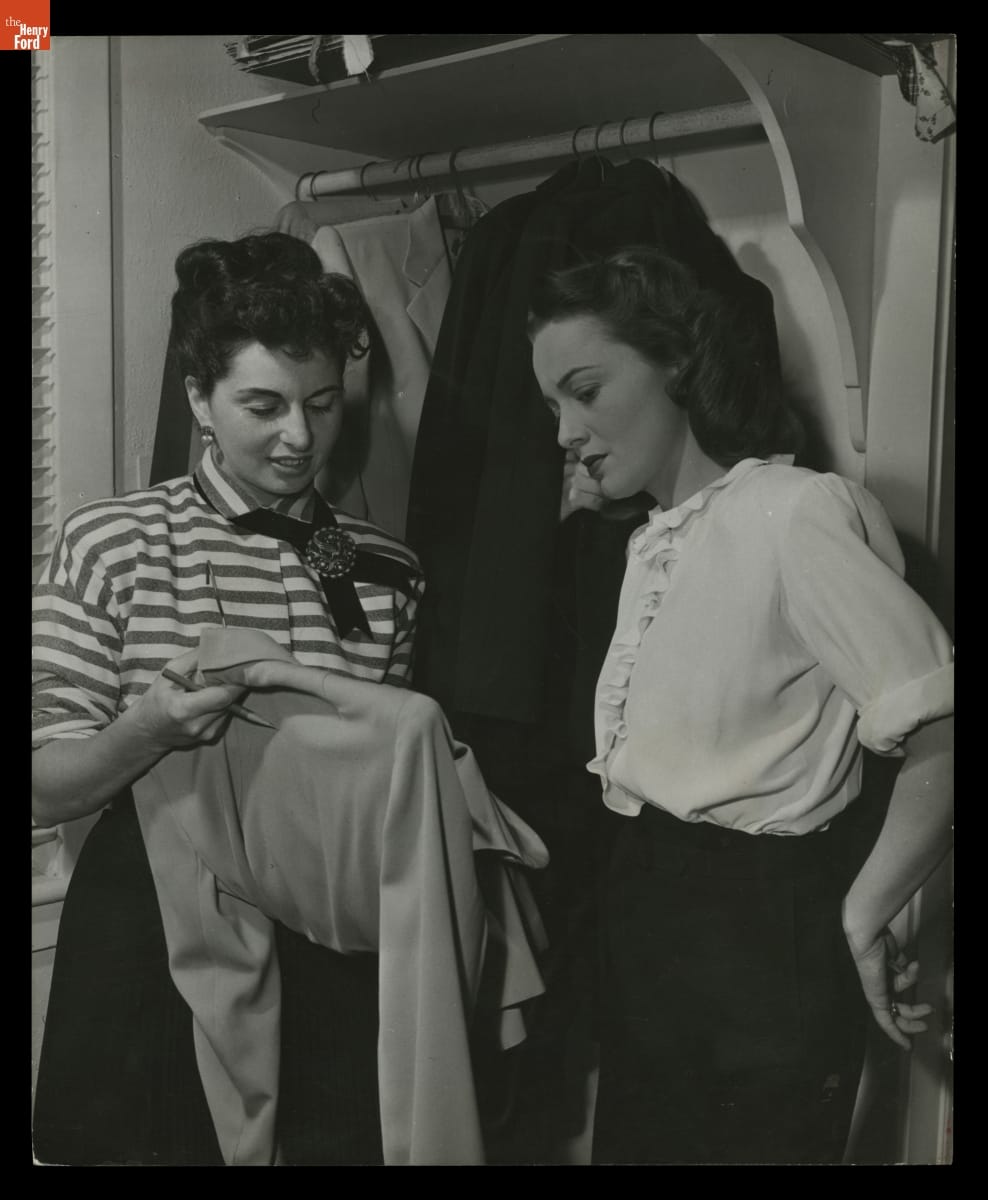 Cashin and actress Olivia de Haviland look over costumes created for the motion picture The Snake Pit in 1948. / THF703254

In 1949, back in New York, Cashin created her first ready-to-wear collection under her own name. Cashin designed for “the woman who is always on the go, who is doing something.” She introduced the concept of layering, with each piece designed to work in an ensemble, alone, and in different combinations. The fashion world took notice. In 1950, Cashin won both the prestigious Coty American Fashion Critics’ Award and the Neiman Marcus Fashion Award. This 1952 ad dates from the year Bonnie Cashin opened her own design studio. It captures the spirit of Cashin’s intended customers—women always on the go. / THF701655

In 1952, Cashin opened her own one-woman firm, Bonnie Cashin Designs. Cashin insisted on total creative control as she worked with the manufacturers who produced her designs. Cashin chose craftsmanship over commercial success. She never wavered in her artistic vision—functional simplicity and elegant solutions. 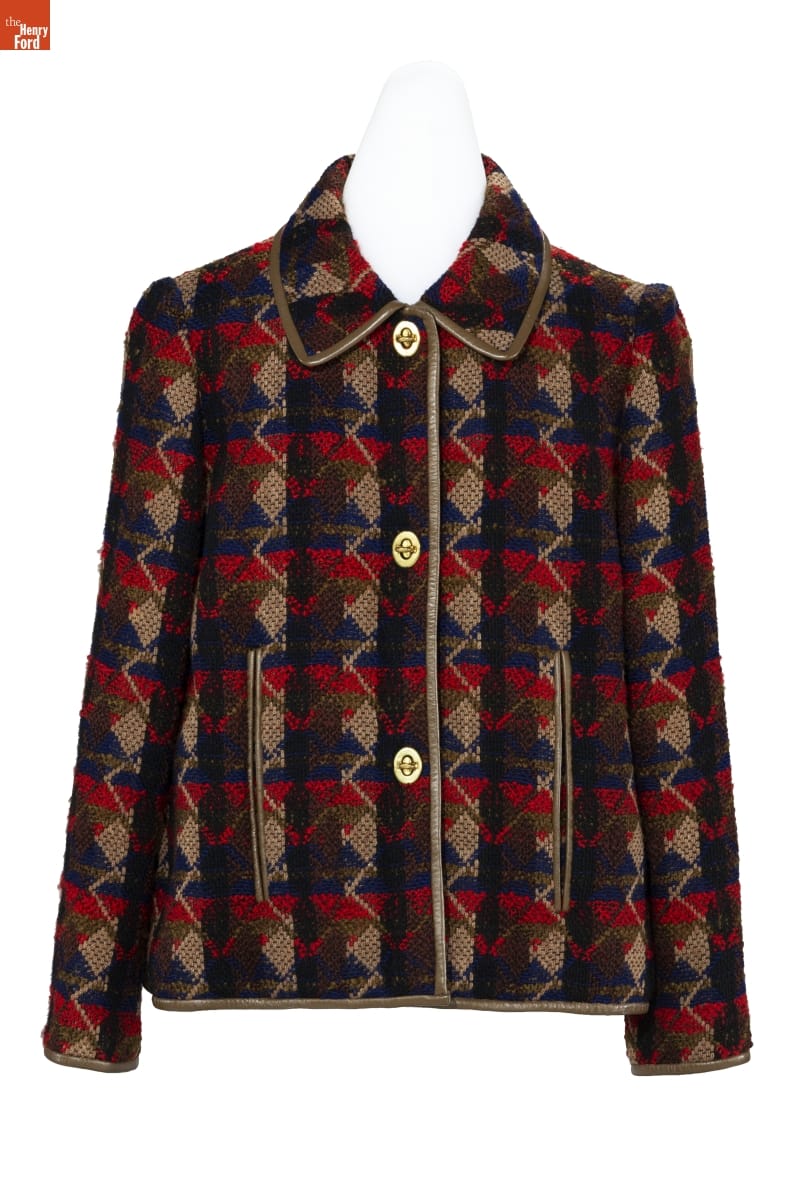 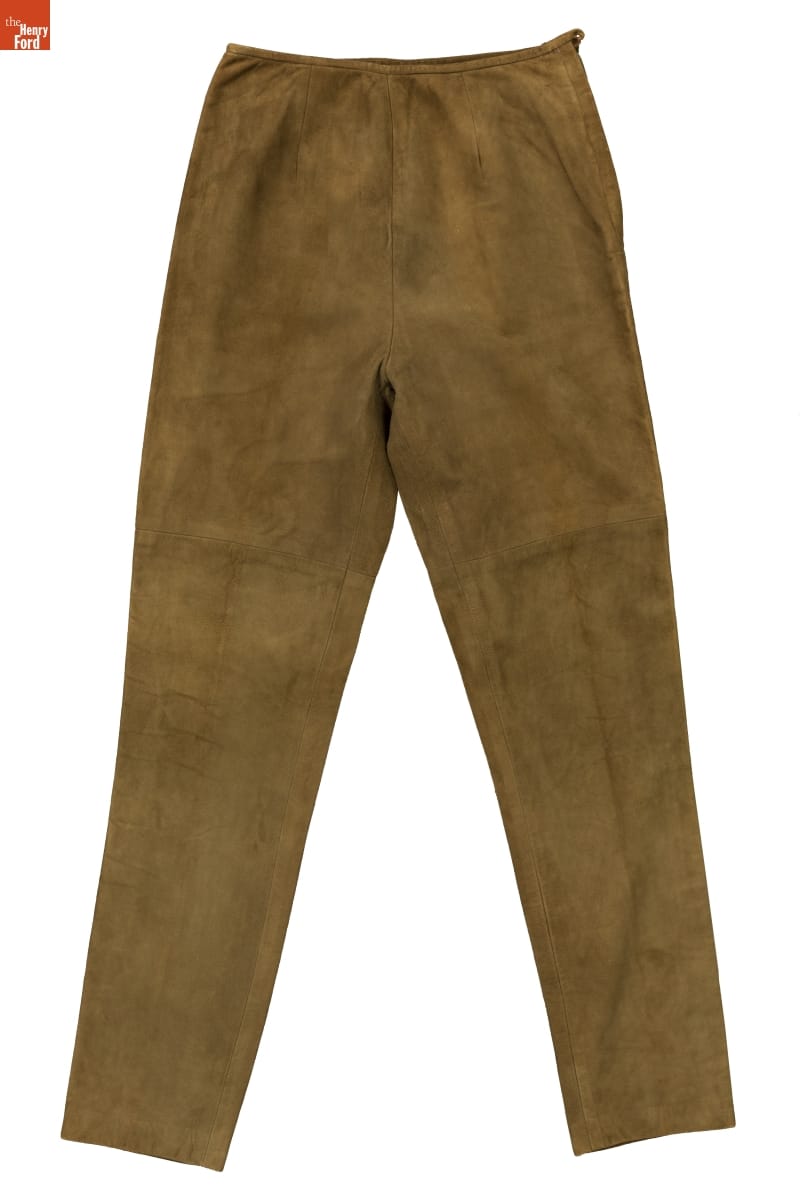 Many Cashin designs were practical solutions to problems she herself experienced. Her tailored poncho was born after she cut a hole in a blanket to cope with temperature fluctuations while driving her convertible through the Hollywood Hills. 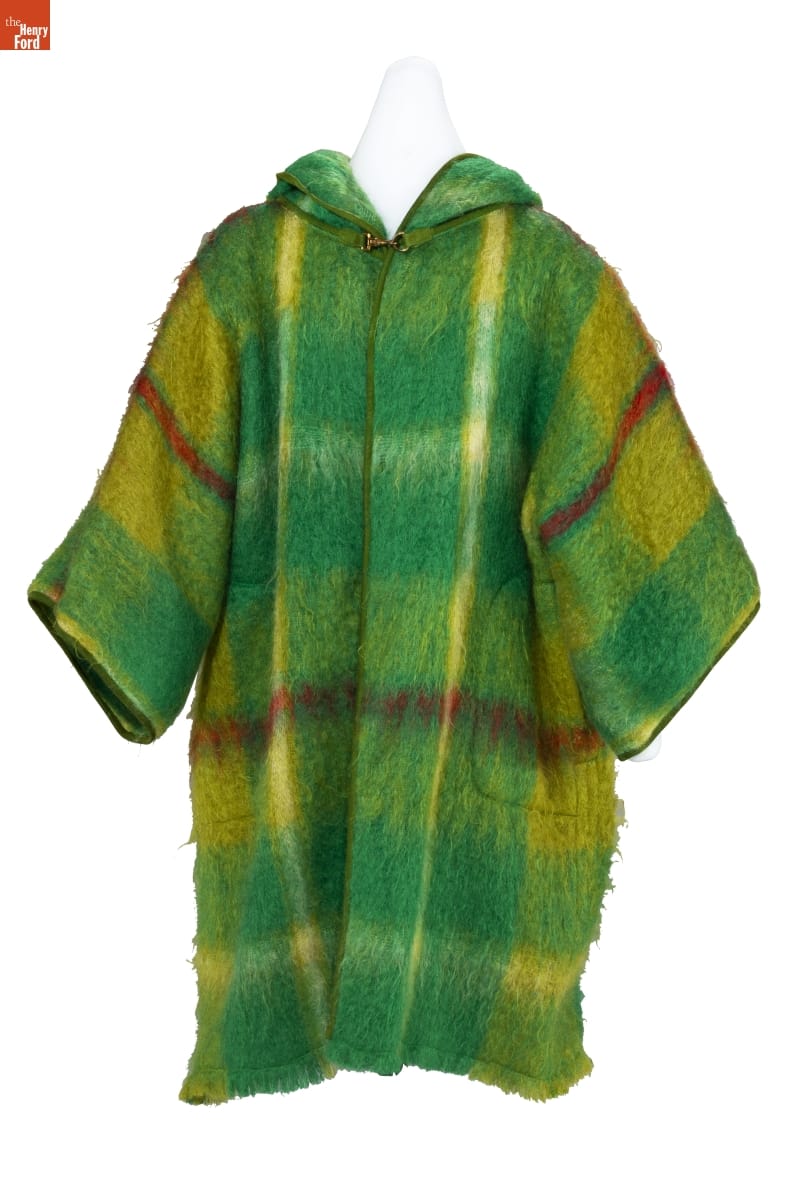 Cashin is most well-known for her innovative use of leather, mohair, suede, knits, and nubby fabric, as well as heavy hardware used as fastenings. Cashin had a deep love of color and texture—she personally selected, designed, or commissioned her fabrics. In this 1972 ad for Singer sewing machines, examples of Bonnie Cashin’s favored textiles—suede, leather, knits, and nubby tweeds—appear on the shelves behind her. / THF700873

Traveling widely during her career, Cashin closely studied the traditional clothing of other cultures. Her international focus and attention to refining traditional shapes down to their most modern and mobile forms led to her distinctive “Cashin Look.” 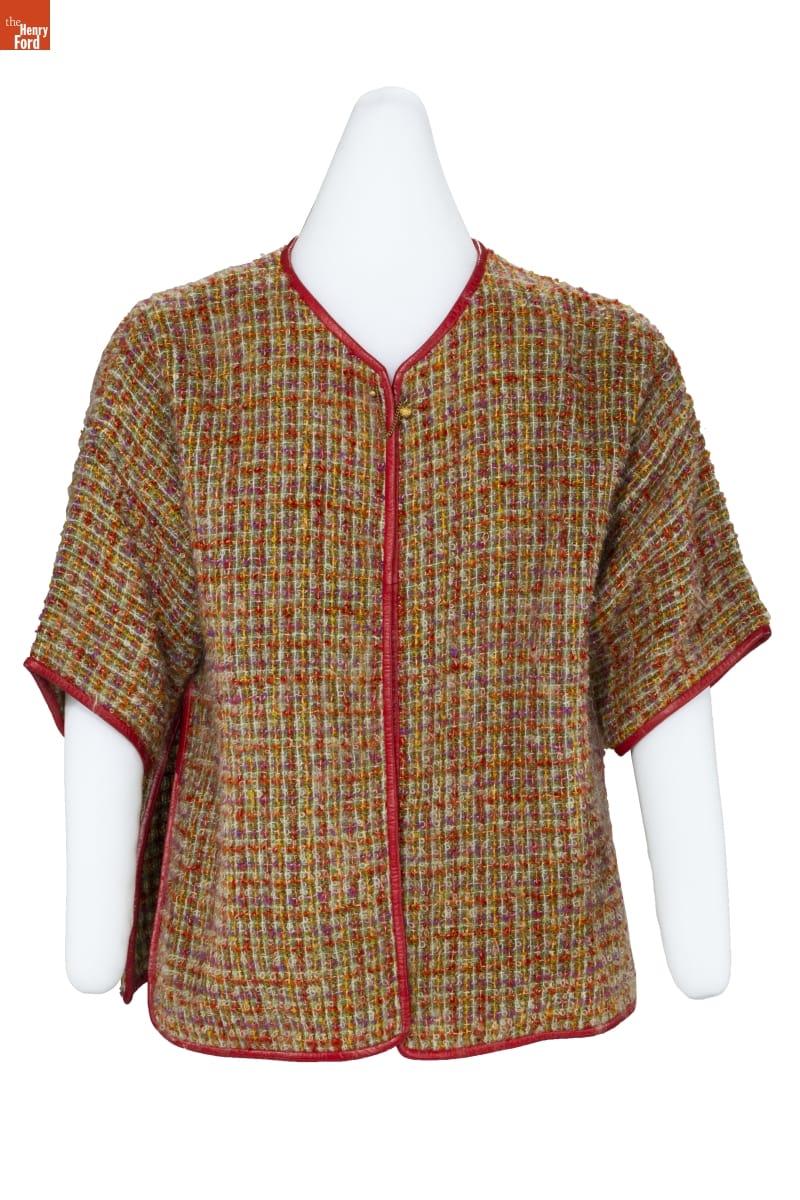 Bonnie Cashin created dazzling costumes for the stage and screen—then excelled at exquisite minimalism in her sportwear. The intersection? Cashin’s garments always moved with the wearer and were designed to be set against a backdrop—whether a theatrical scene or contemporary life. 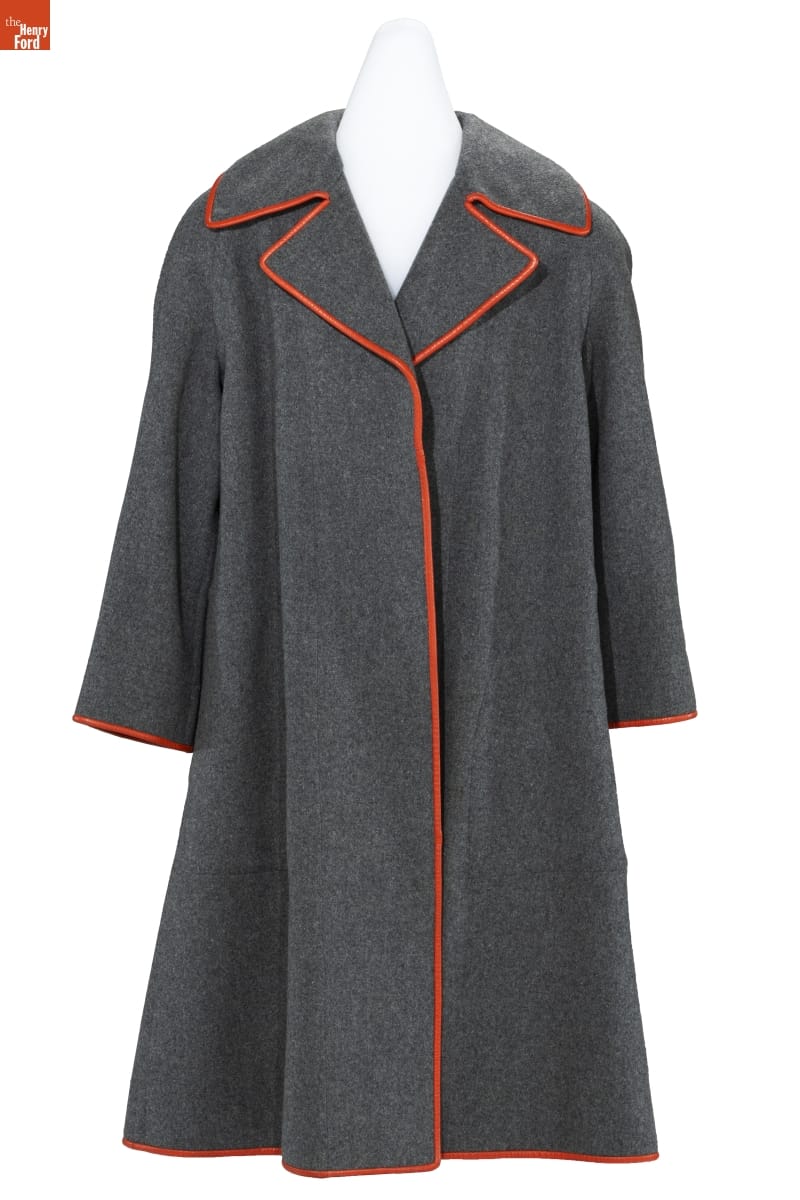 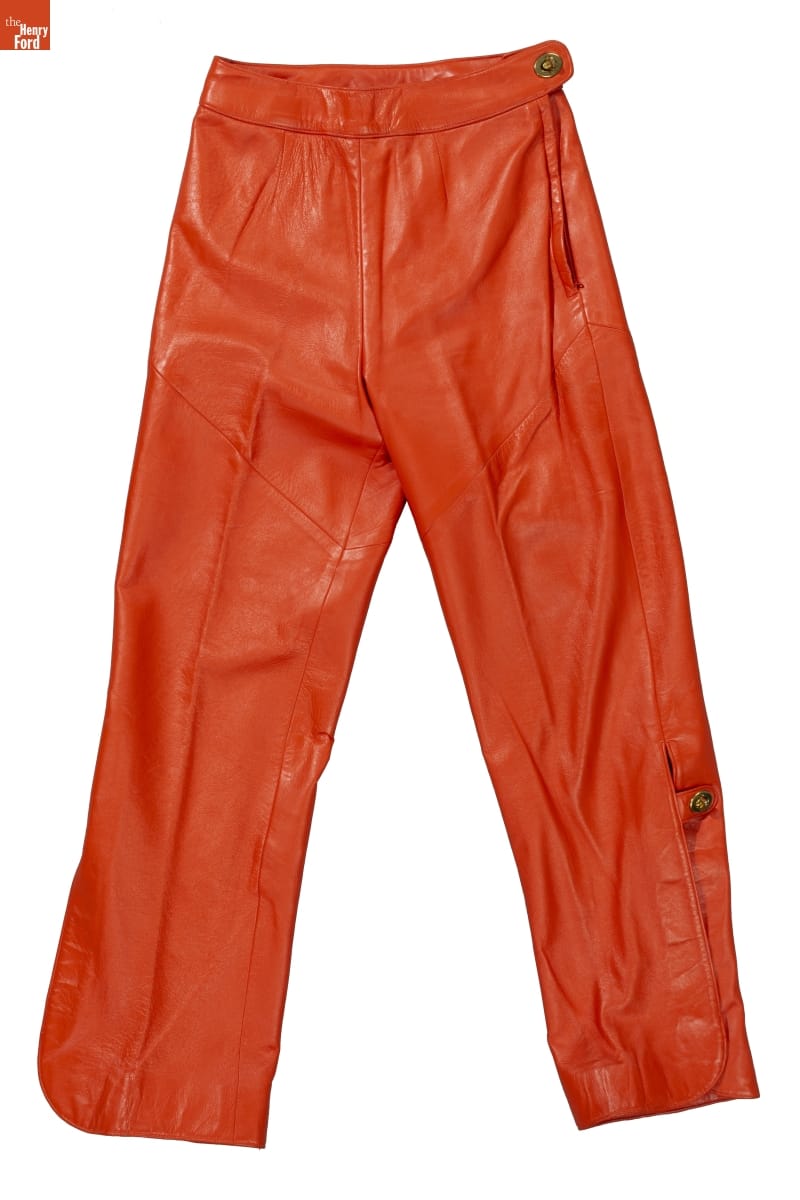 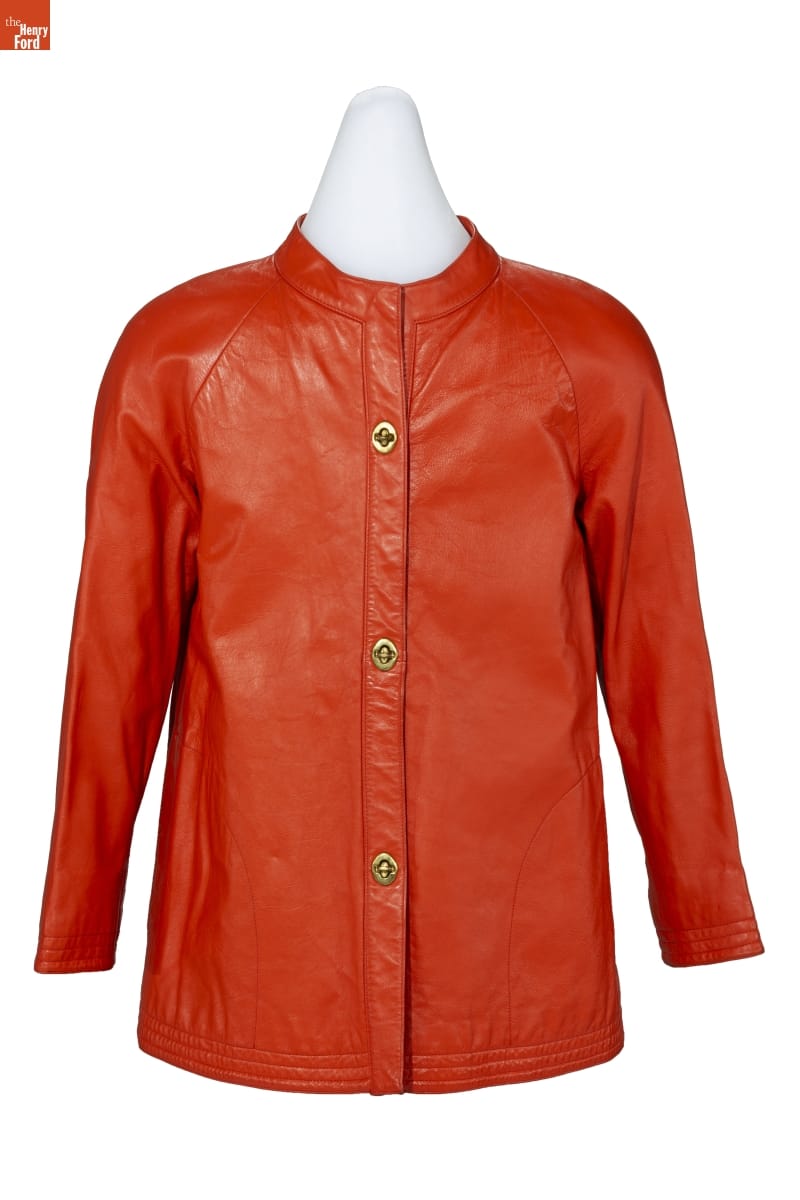 Innovative and influential, Cashin continued to design until 1985. Following her death in 2000, among the handwritten notes jotted on scraps of paper in her apartment was one that read, “How nice for one voice to ignite the imaginations of others.”