Celebrating Jim Henson and His Legacy 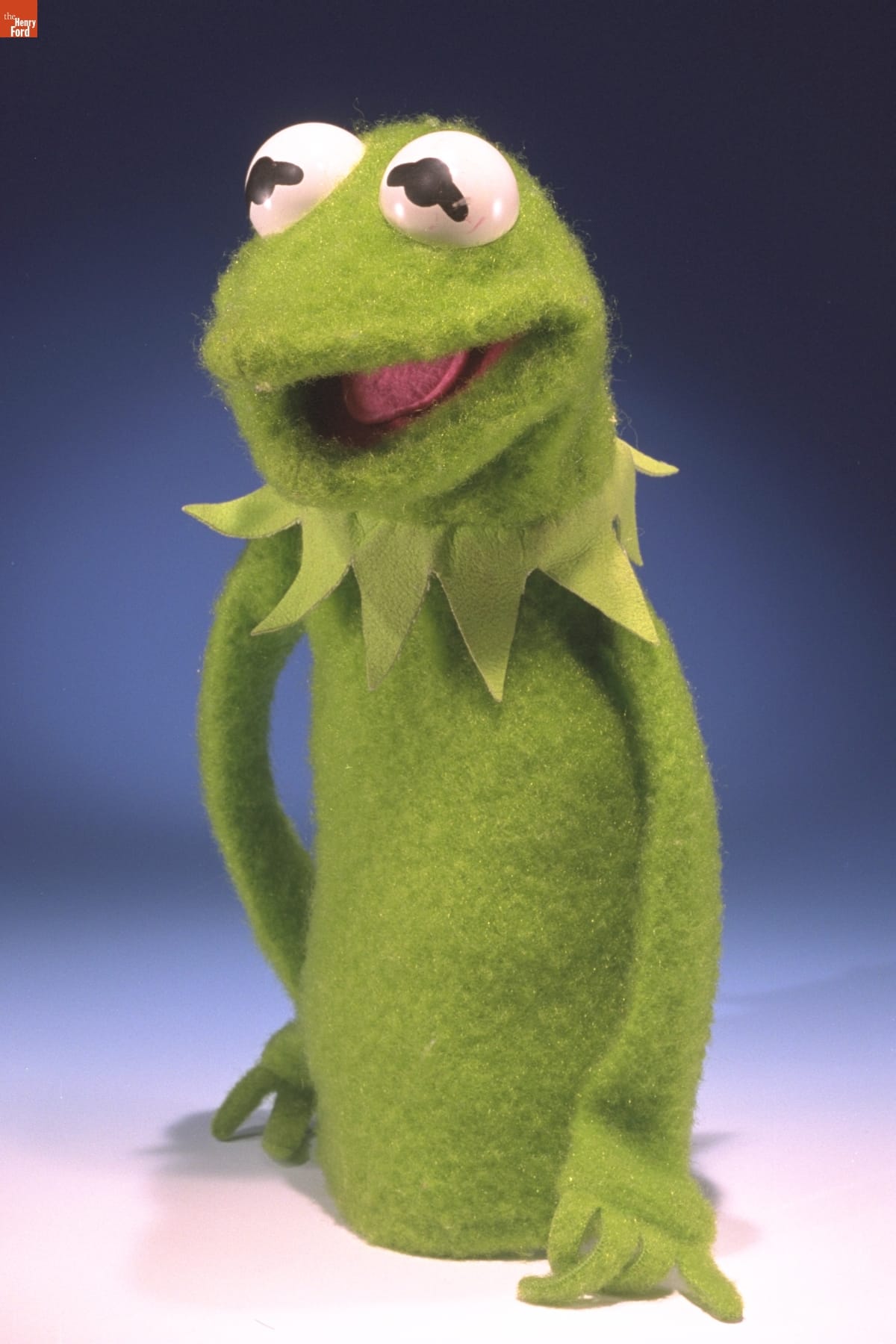 An early version of Kermit the Frog appeared in Henson’s Sam and Friends TV puppet show, but Kermit became a breakout star during The Muppet Show. THF304042

It’s hard to believe that May 16, 2020 marks the 30th anniversary of Jim Henson’s passing. His influence can still be seen in so many places: on-demand TV shows, movies, and specials; related books, toys, games, and other merchandise; and modern-day puppets, puppet performances, and puppeteers.

In his lifetime, Henson’s titles included puppeteer, writer, director, producer, and entrepreneur. But titles can be misleading because he was so much more than these. A brilliant innovator, he continually questioned the status quo, broke boundaries, and experimented with new ideas. By stretching the known capabilities of both puppetry and the medium of television (and, then, of motion pictures), he created a new art form. And, in the process, he inspired us—the viewers—to use our imaginations, to take ourselves less seriously, and to treat others with greater tolerance.

Jim Henson (born 1936) was drawn to the arts at a young age, including an early fascination with puppetry. When he entered college, he thought about majoring in fine arts. But he found—buried in the course list of the home economics department at his school—a class on puppetry. So, even though most of the students majoring in home economics were females learning domestic skills for future homemaking, he decided that would be his major. 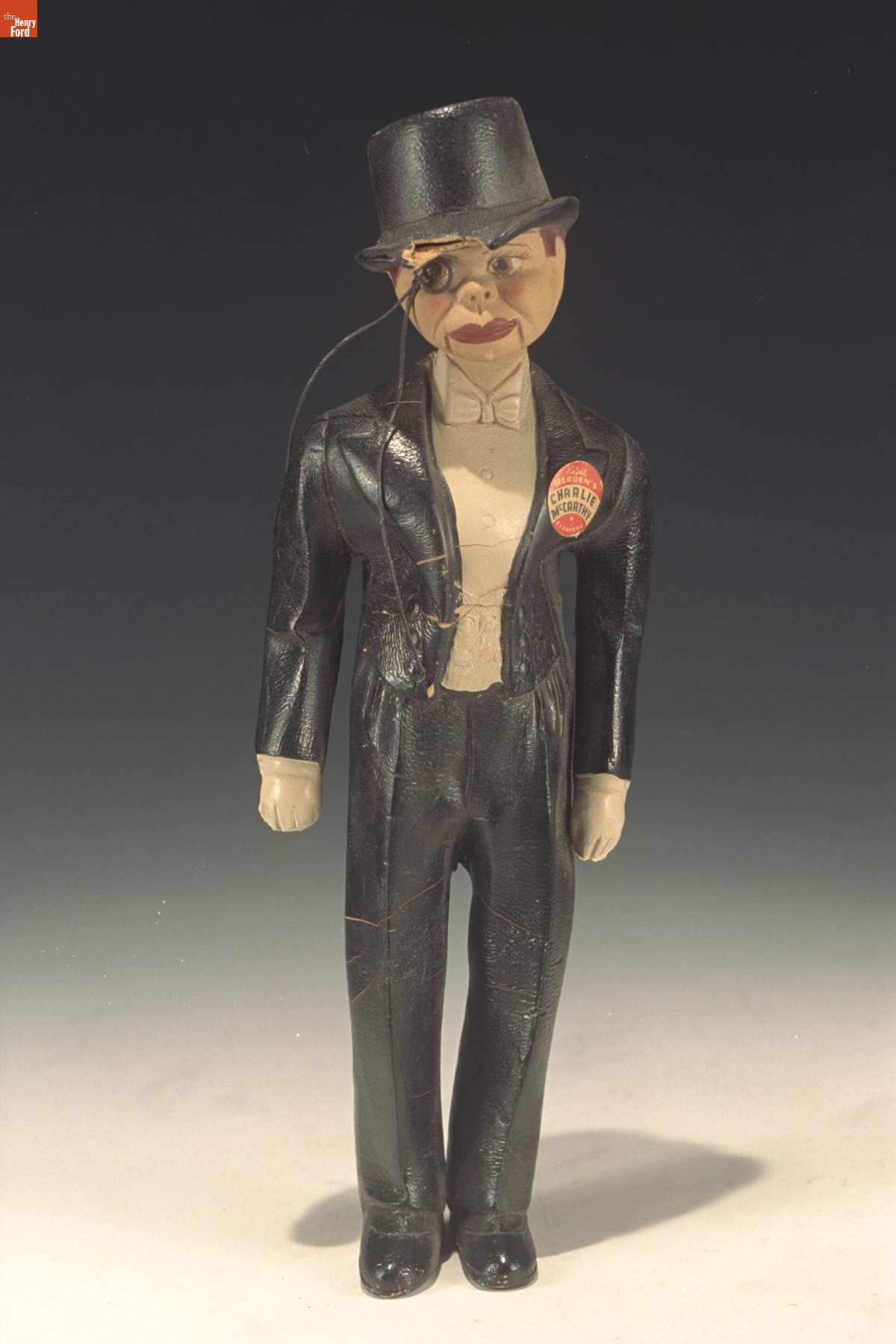 As a freshman in college, Henson developed his own TV puppet show called Sam and Friends, which appeared briefly twice each evening. While working on this show, Henson started questioning many long-standing puppetry traditions. Why not, for example, use the entire frame of the TV screen as the actual puppet theater stage rather than bringing a separate puppet stage into the TV studio? Wouldn’t it follow, he then asked, that the puppet operators could work from off-camera rather than appearing to viewers on the screen?

Henson moved from there to questioning the puppets themselves. Why not make them more lifelike, with flexible fabric-covered foam rubber rather than the traditional carved wood? Why not use rods to move their arms—rather than the more traditional strings—to give them greater flexibility? Why not make the puppets’ mouth movements more precise to match their dialog—enhancing their believability and letting their full range of emotions be conveyed through words as well as actions? Finally, why not give the characters distinct personalities? Better yet, imbue their personalities with whimsy, playfulness, and humor. As Henson continued to refine his ideas and his characters, an entirely new kind of puppet was born—part puppet, part marionette, and all Henson. He called his new creations Muppets. 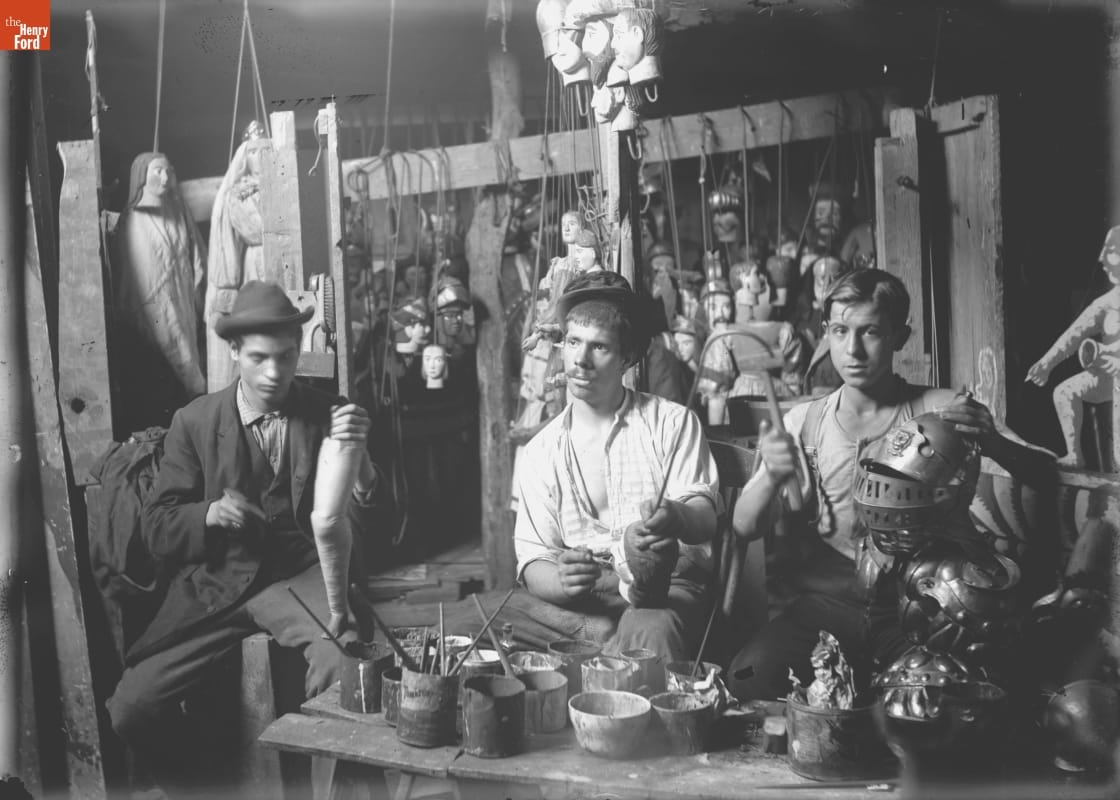 During his early career, Henson studied the artistry of traditional wood-carved marionettes when he spent time in Europe. THF38105

The publicity that Henson gained with his Sam and Friends show led to his invention of a host of new Muppet characters for a range of TV commercials. By this time, the 1960s, it seemed that people were coming to appreciate humor, irony, and satire more than the serious “hard sell” that had been the norm. 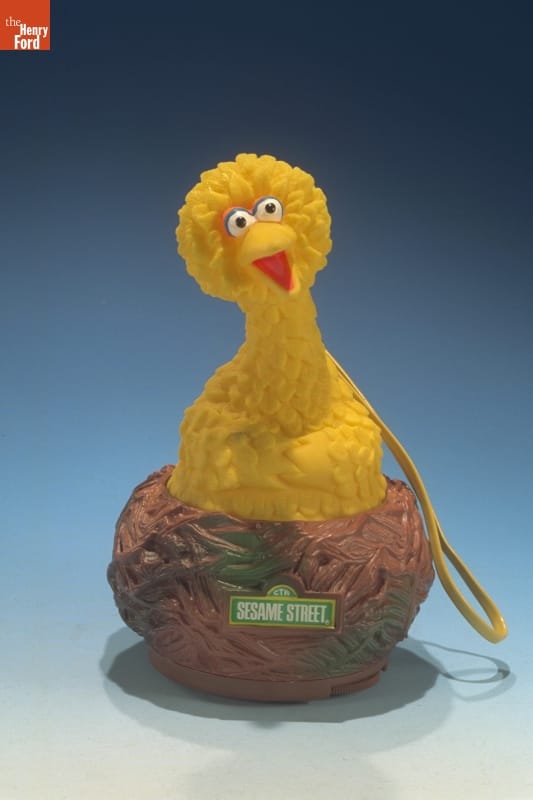 Though he was initially reluctant to collaborate on a TV show aimed specifically at kids, Henson experienced their first major breakthrough with Sesame Street, which premiered in 1969 (for more on Sesame Street, see this post).

But Henson’s greatest claim to fame came with The Muppet Show (1976-81)—produced in England because American TV networks wrongly assumed that Muppets would just appeal to kids. Hosted by his somewhat “bolder” alter-ego, Kermit the Frog (whom he controlled and voiced), this show introduced millions of viewers to Henson’s unique blend of humor and imagination. The Muppet Show would go on to air in more than 100 countries, win several Emmy awards, and lead to several spin-off motion pictures. 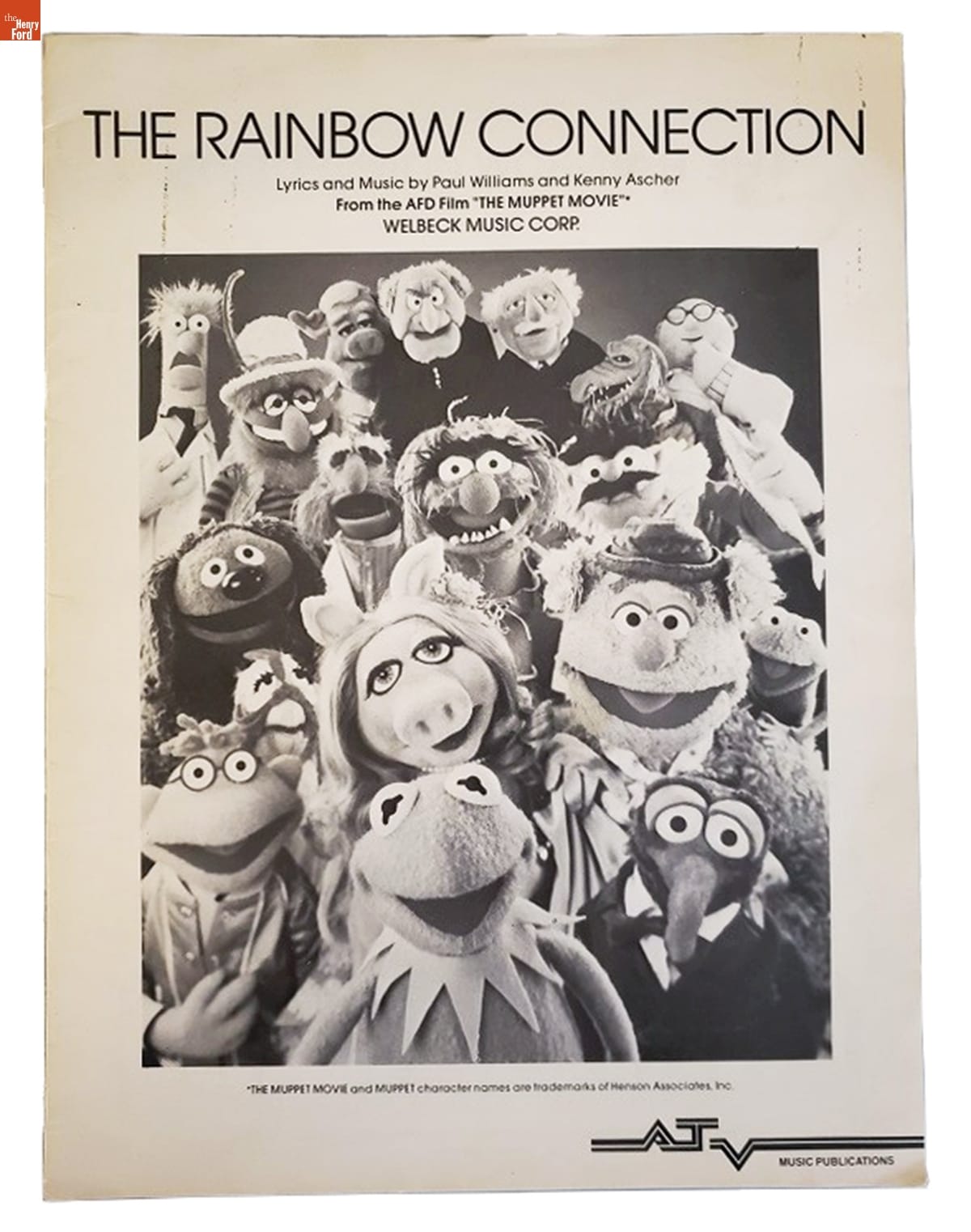 The song “Rainbow Connection,” first written to provide depth and humanity to Kermit the Frog’s character for the 1979 film, The Muppet Movie, has gone on to become a sort of Muppets anthem. THF182956

Jim Henson went on to contribute his talents and ideas to new fantasy/adventure films, most famously aiding in the creation and articulation of Yoda for the 1980 film, The Empire Strikes Back. He tried his hand with a few of his own fantasy/adventure films, including The Dark Crystal (1981) and Labyrinth (1986)—both of which were destined to become cult classics. He also created two additional popular TV series—Fraggle Rock (1983-87) and the Saturday morning animated show, Jim Henson’s Muppet Babies (1984-91). Just before his passing, Henson worked with The Walt Disney Company to develop the themed attraction, Muppet*Vision 3D at Walt Disney World. 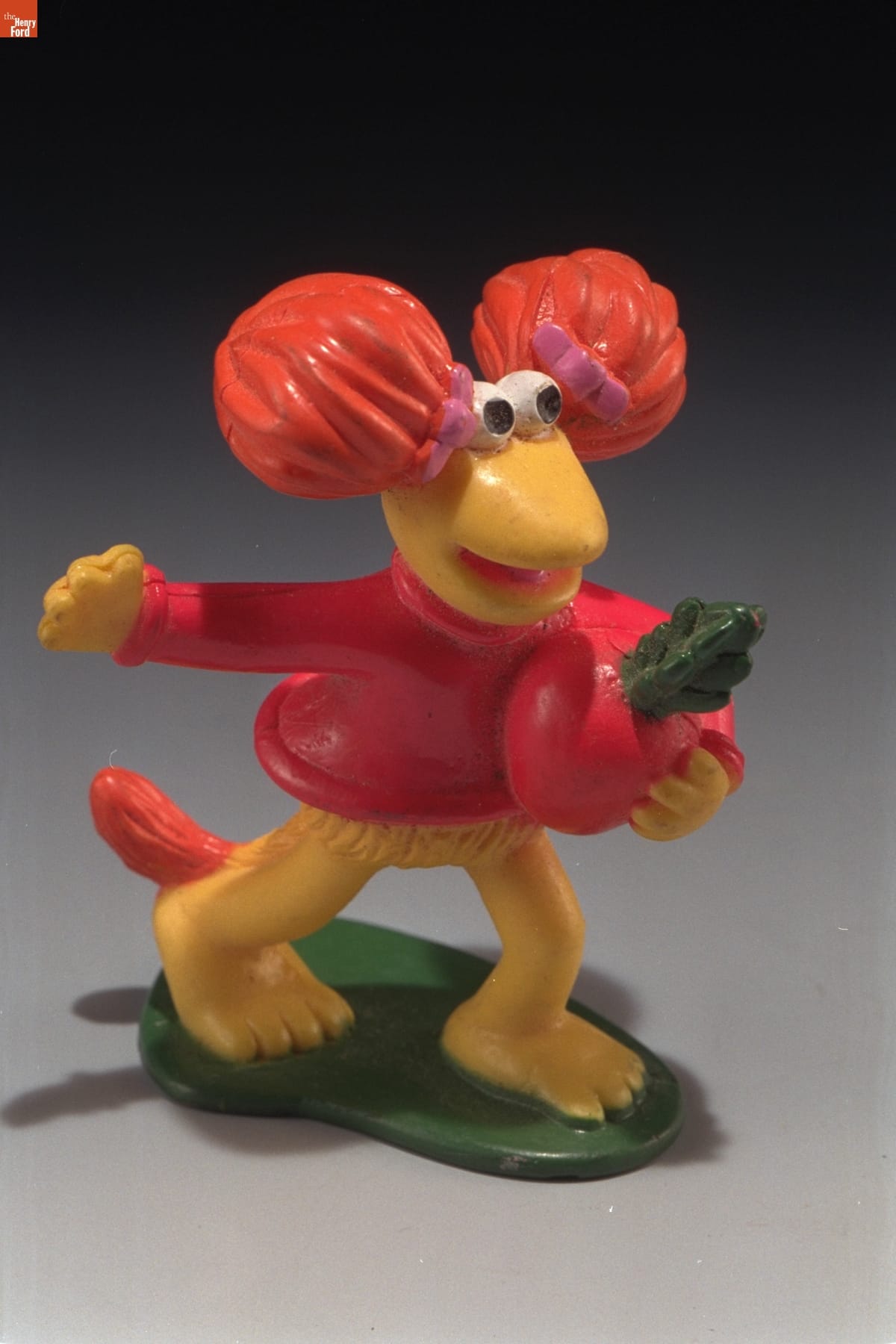 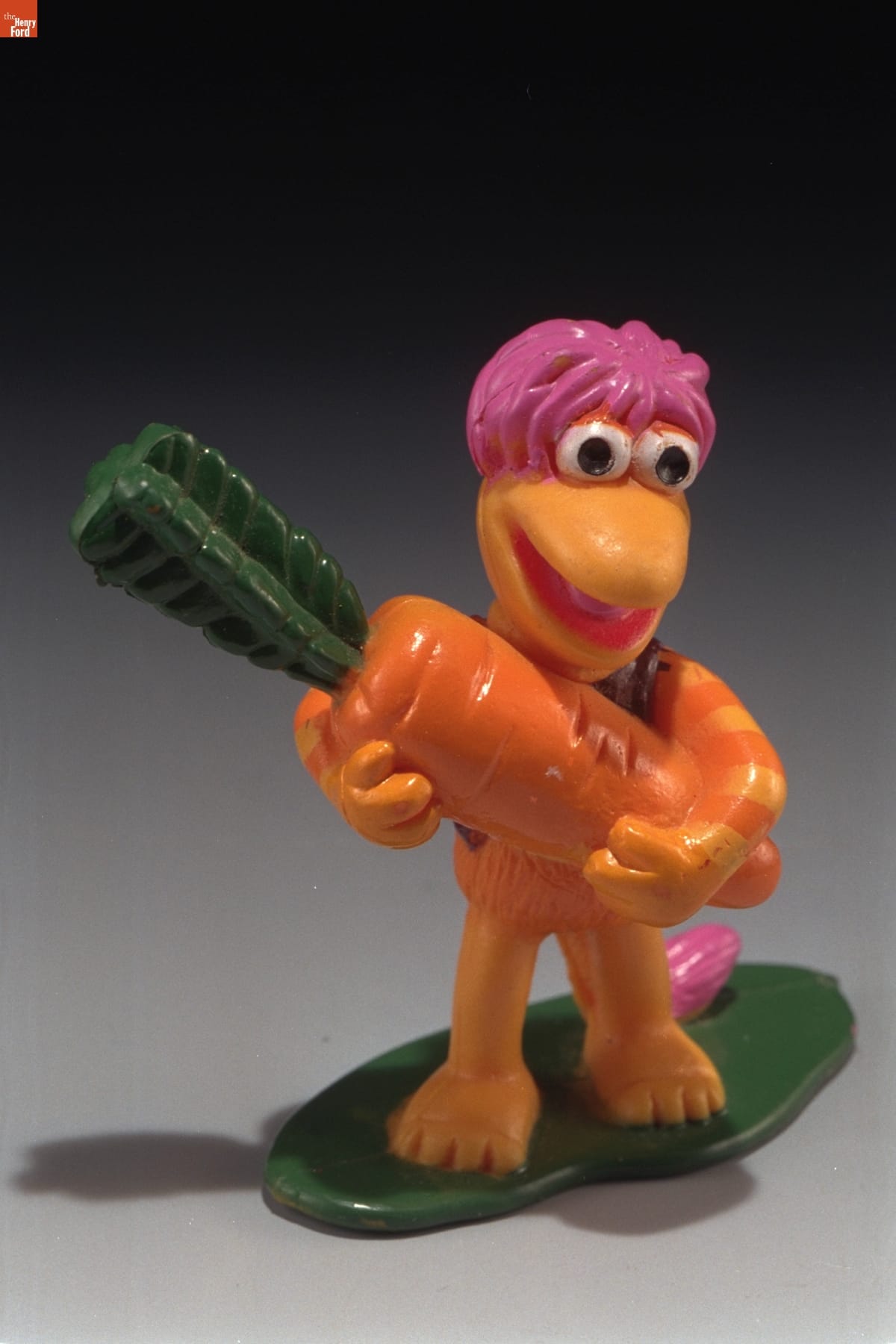 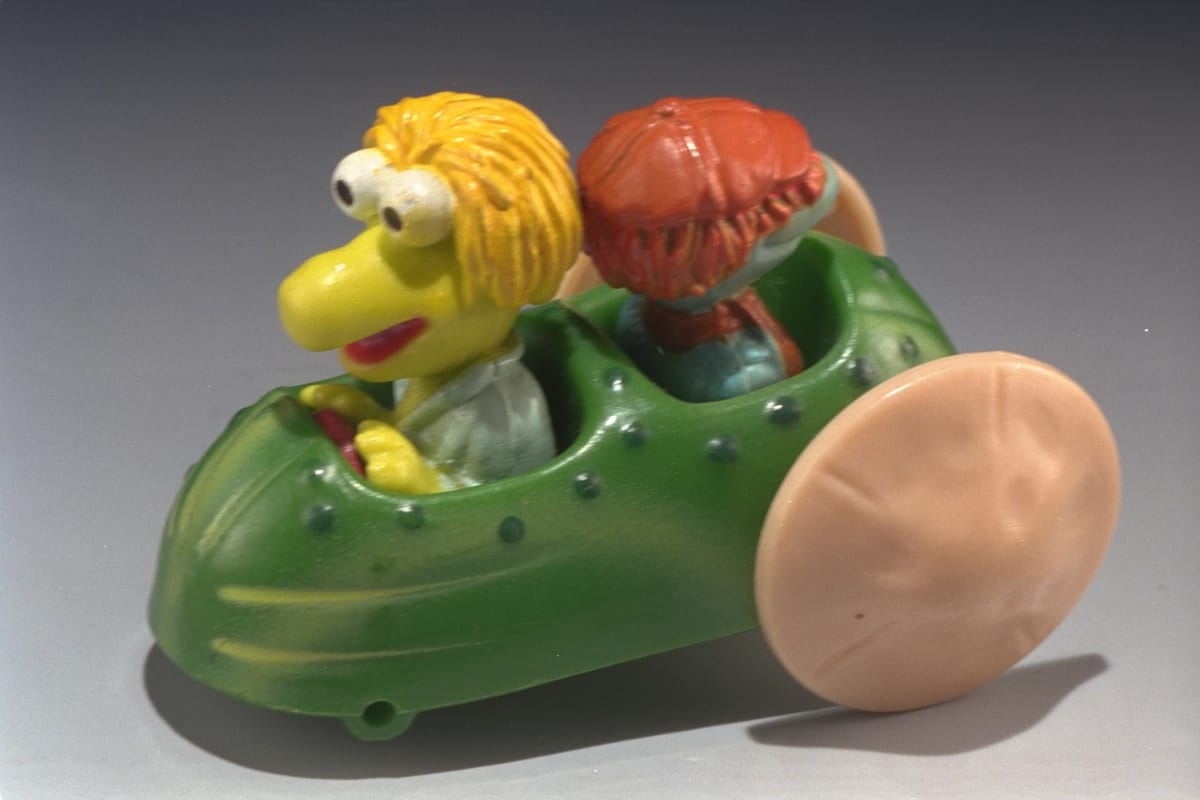 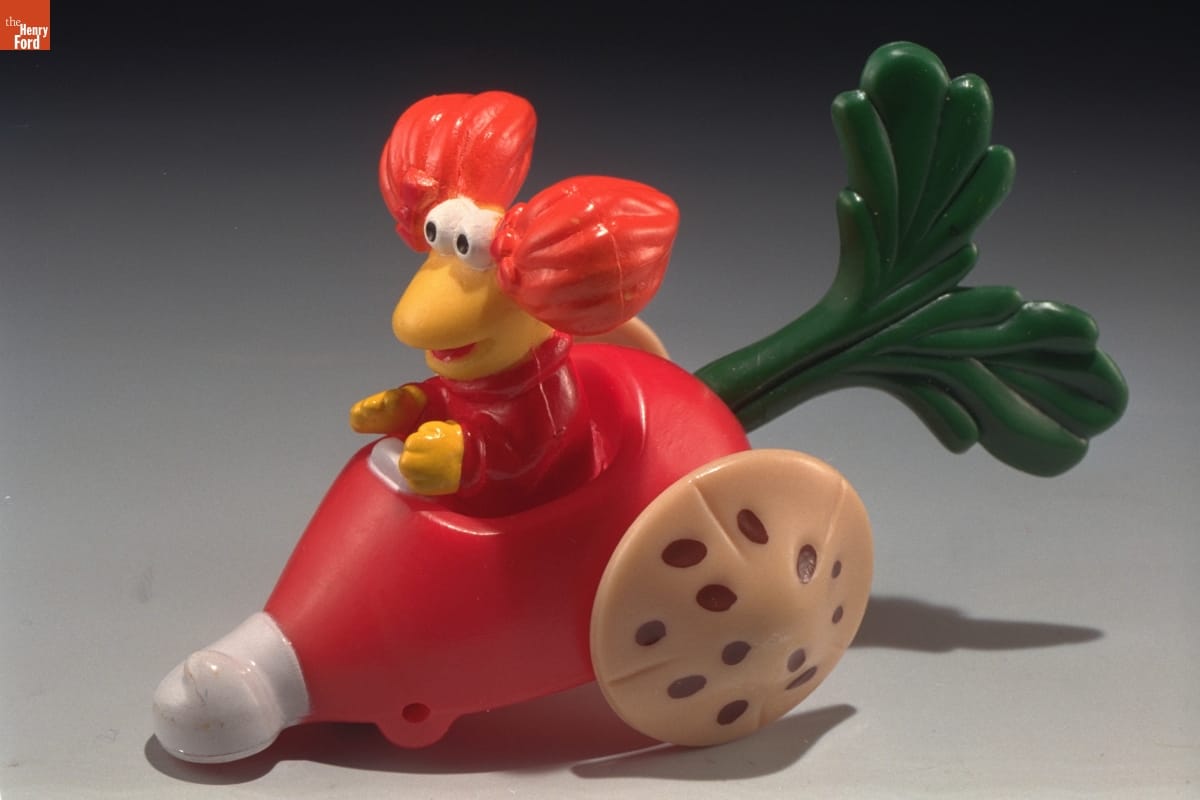 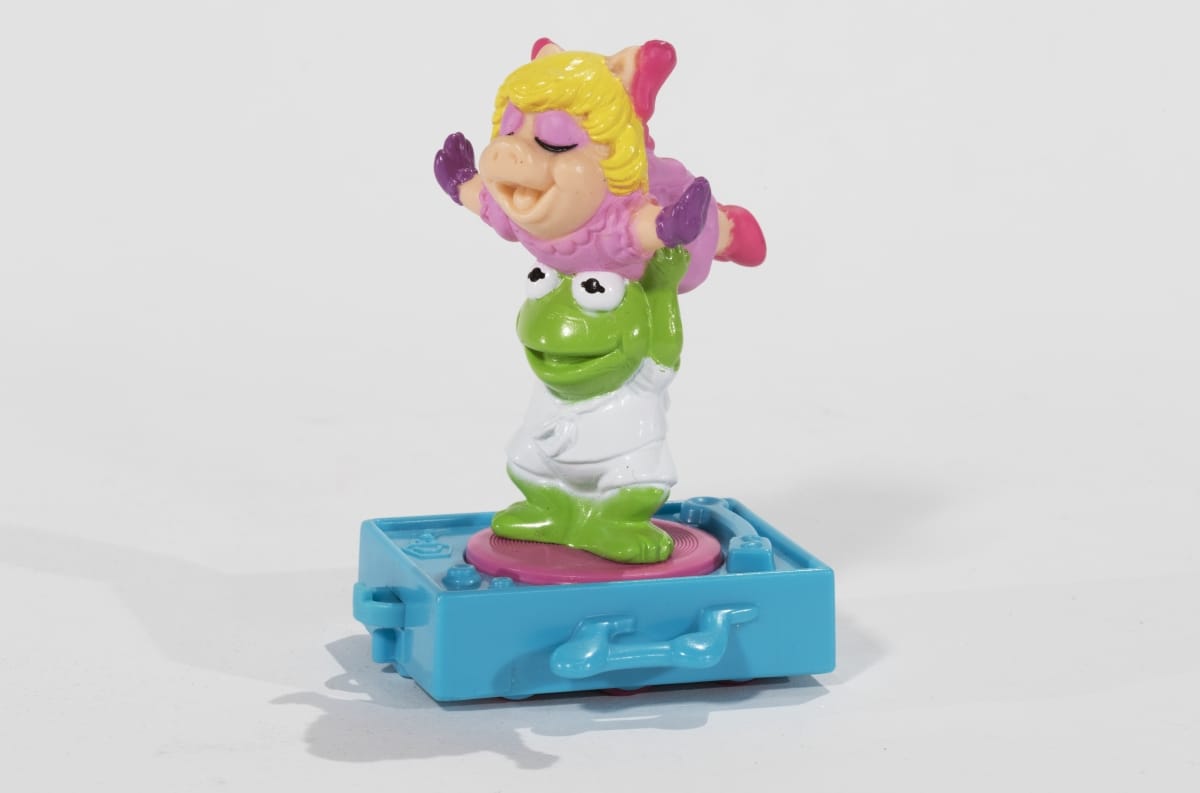 Today, Jim Henson’s Muppets delight children of all ages. Henson once claimed that, with puppets, you can deal with subjects in a way that isn’t possible with people. The Muppets may not be people, but they certainly reflect who we are as people, providing a mirror to our thoughts, hopes, and dreams.

Jim Henson had plenty of his own dreams. He wanted to make a difference in the world, to change people’s lives in positive ways—through laughter, delight, and imagination. Henson once said that, “I decided that there are many situations in this life that I can’t do much about: acts of terrorism, feelings of nationalistic prejudice, cold war, etc. So what I should do is concentrate on the situations my energy can affect.” Wise and timeless words for the times we live in today! 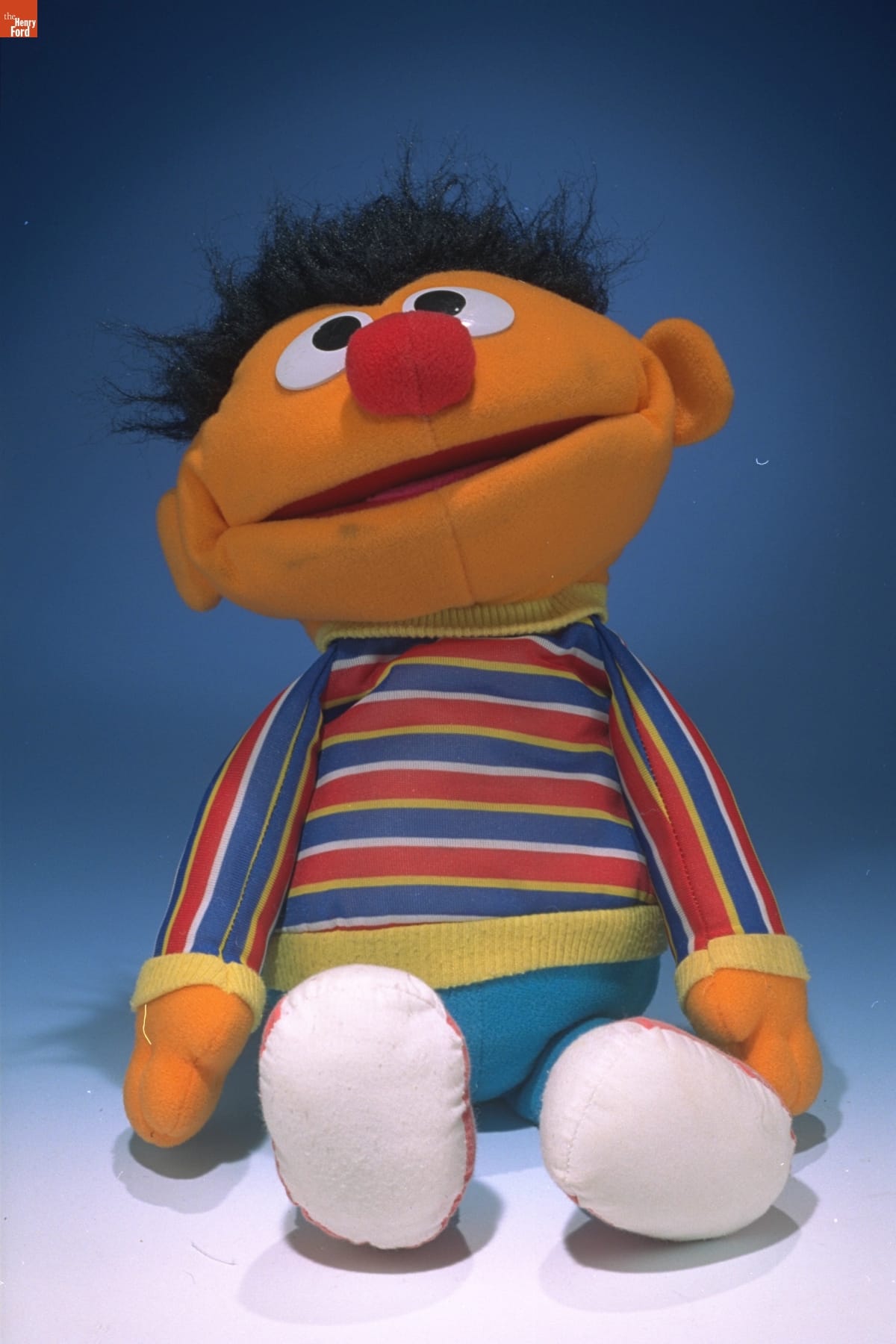 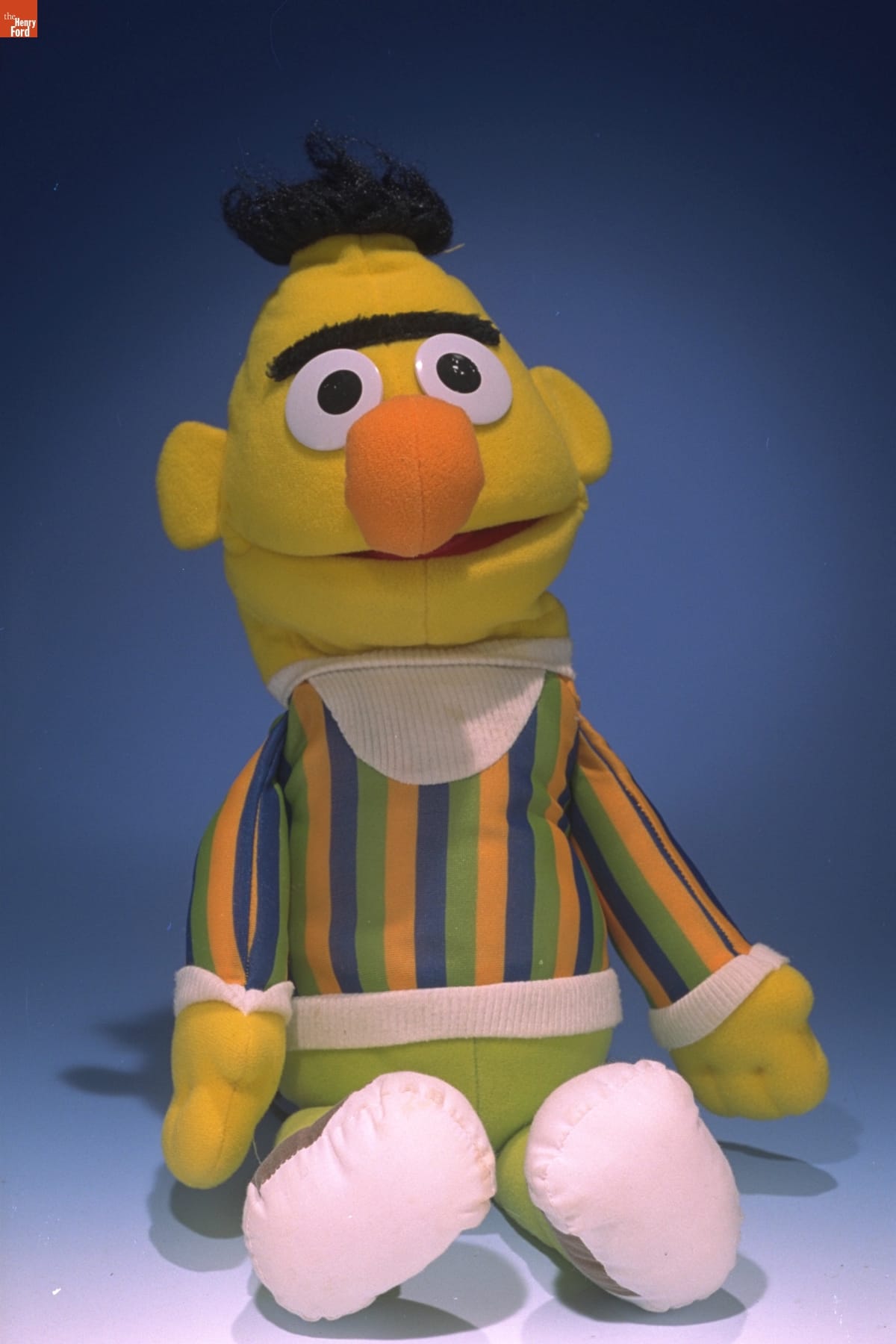 Appearing in short segments on Sesame Street, ultra-serious Bert and fun-loving Ernie demonstrate to kids that good friends can be tolerant of each other’s differences. THF309817, THF309818

During his lifetime, Henson was deeply committed to encouraging, mentoring, and recognizing the talents of a new generation of puppeteers. In 1982, he established the Jim Henson Foundation to promote and develop puppetry in the United States. Today, the Jim Henson Foundation’s web site is the go-to place to find out what’s happening in contemporary puppet theatre and currently features extensive listings of online puppet shows to “help people collectively navigate the COVID-19 Health Crisis.” Instructions for making your own puppets are included here as well. Through his efforts, and those of his family who carry on his vision, Jim Henson’s legacy has ensured that puppetry is no longer relegated simply to home economics classes but has become a highly respected art form.

Jim Henson and his legacy live on, through Muppet programs and specials; Muppet operators and performers; those who have cherished memories of growing up with Muppet characters and pass these on to younger generations; new audiences who have discovered the old classic characters and shows; and the modern-day puppeteers Henson has inspired.

At a special tribute by the Muppets for Jim Henson back in 1990, Robin the Frog (Kermit’s nephew) remarked that, “Jim Henson may be gone, but maybe he’s still here too, inside us, believing in us.”

Additional Note: Just down the road from The Henry Ford, The Detroit Institute of Arts recently brought out on exhibit a 1969 version of Kermit, donated to them by Jim Henson himself in 1971. See more here.