Celebrating Ninety: Collecting in the 2000s 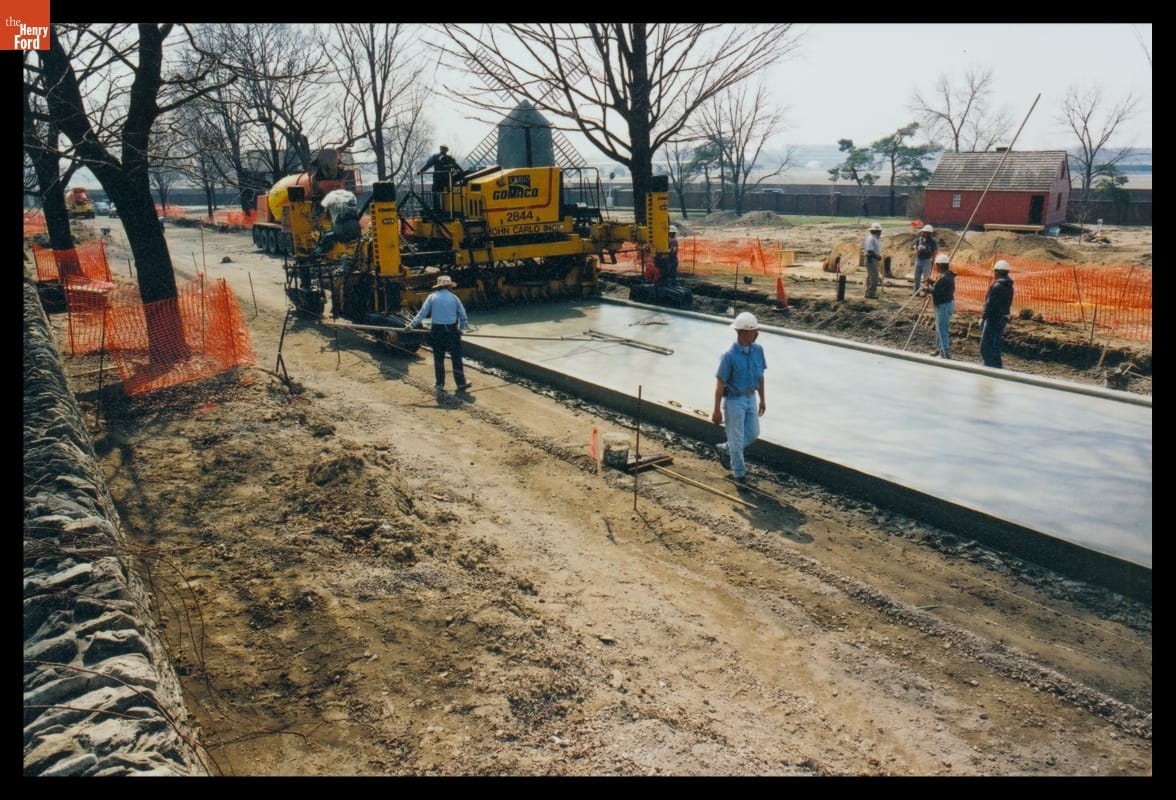 By the late 20th century, competition for the public’s leisure time was fierce and audience expectations were changing. Museum staff laid the foundation for a new generation of offerings in several distinct and separate venues—creating a unique, multi-day destination opportunity for local and out-of-town guests. These included: Henry Ford Museum, featuring a new changing exhibit gallery in 2003; Greenfield Village, refreshed and reimagined in 2003; IMAX® Theatre, opened in 1999; Benson Ford Research Center, opened in 2002; and the Ford Rouge Factory Tour, created in partnership with Ford Motor Company in 2004 and featuring a fully functioning, state-of-the-art manufacturing facility. Adding so many new venues to the museum led to a name change to encompass them all—The Henry Ford. 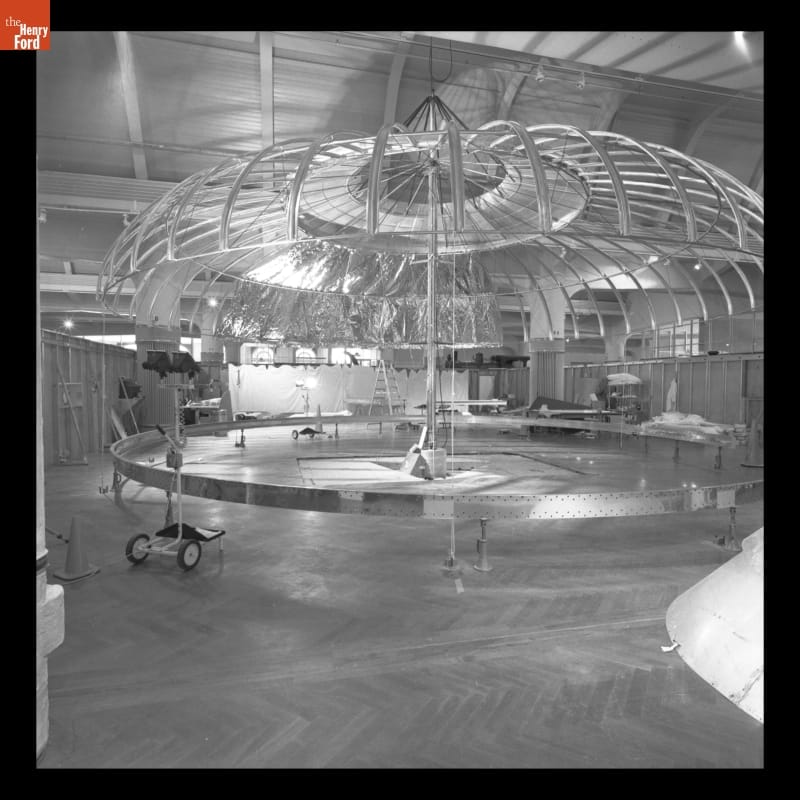 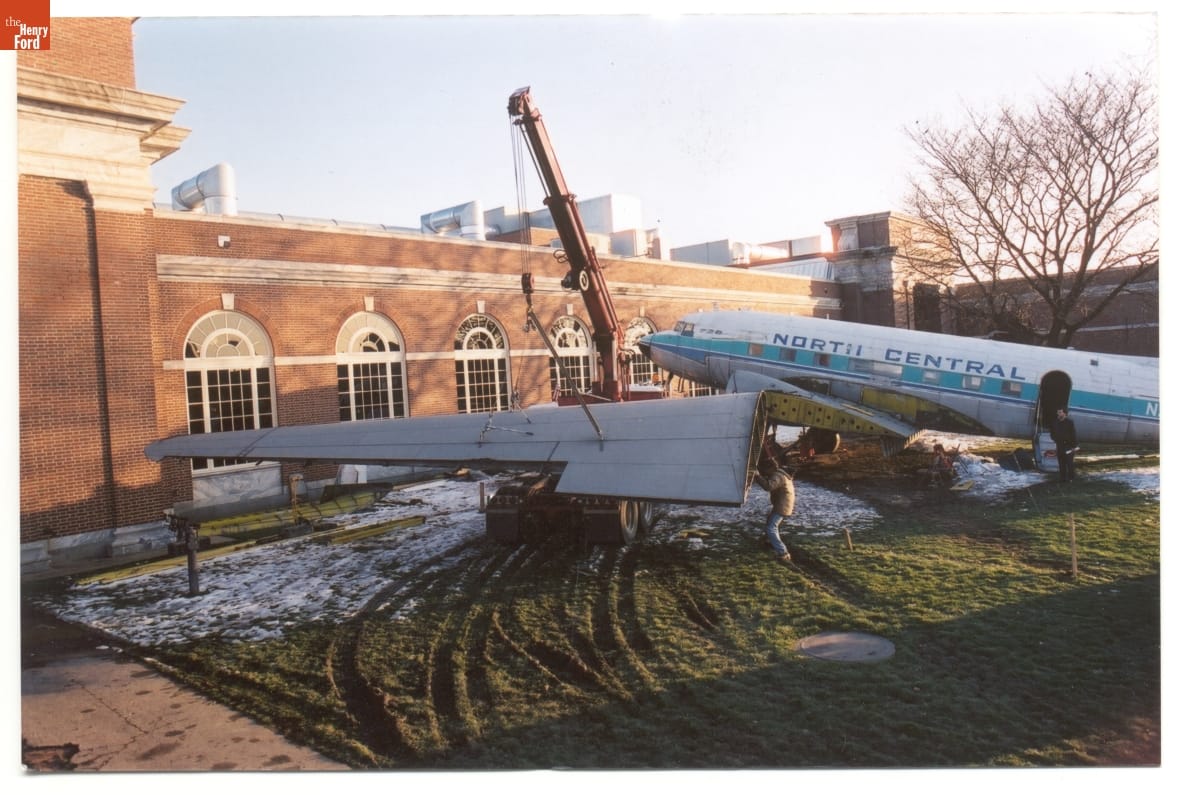 The Henry Ford acquired its Douglas DC-3 airplane in 1975. Due to its size, the plane initially was displayed outside Henry Ford Museum. In 2002, the plane was disassembled and thoroughly conserved to correct the effects of 27 years of weather exposure. The treated DC-3 was reassembled for display inside the museum in 2003. 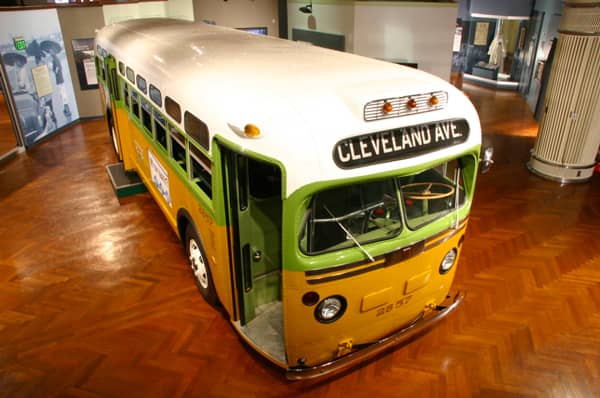 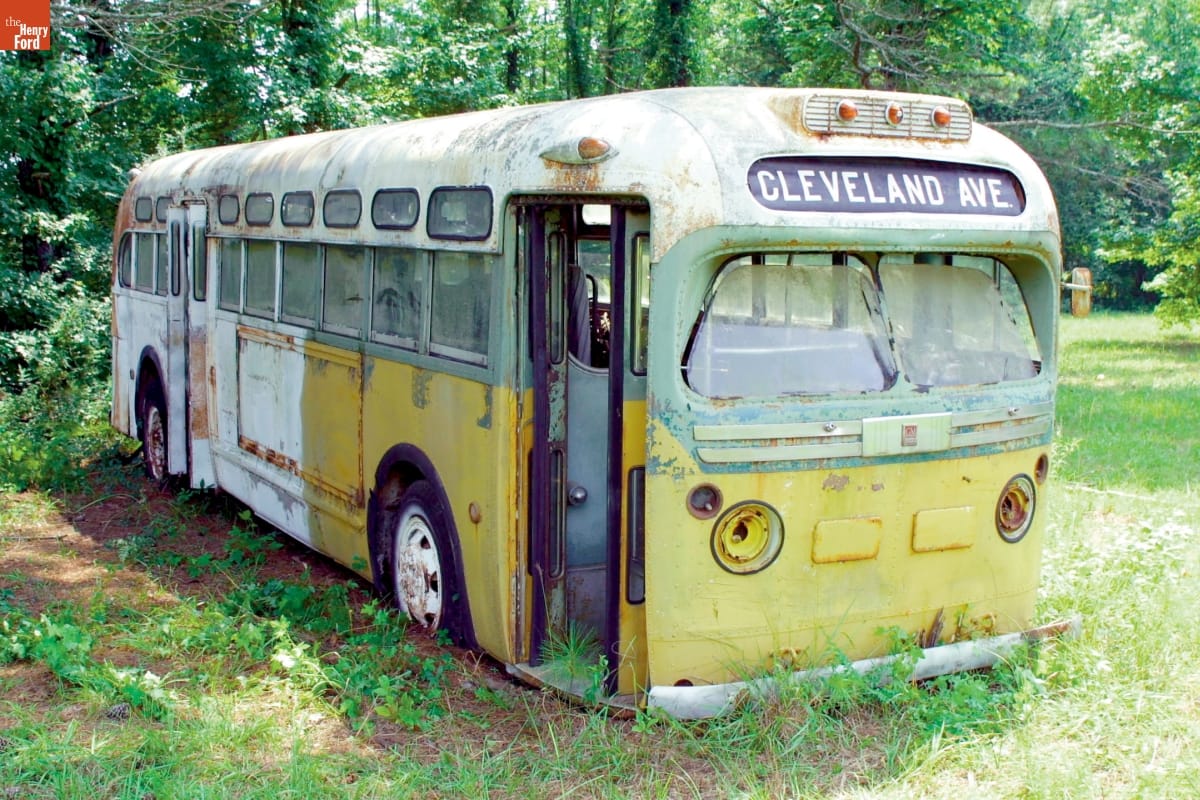 Rosa Parks Bus in Montgomery, Alabama, 2000-2001, before Acquisition by The Henry Ford

The bidding began at $50,000 on October 25, 2001 and went until 2:00 AM the next morning. We persevered, with our staff bidding $492,000 to outbid others who wanted the bus, including the Smithsonian Institution and the City of Denver. At the same time, our team also bought the scrapbook and a Montgomery City Bus Lines driver's uniform. 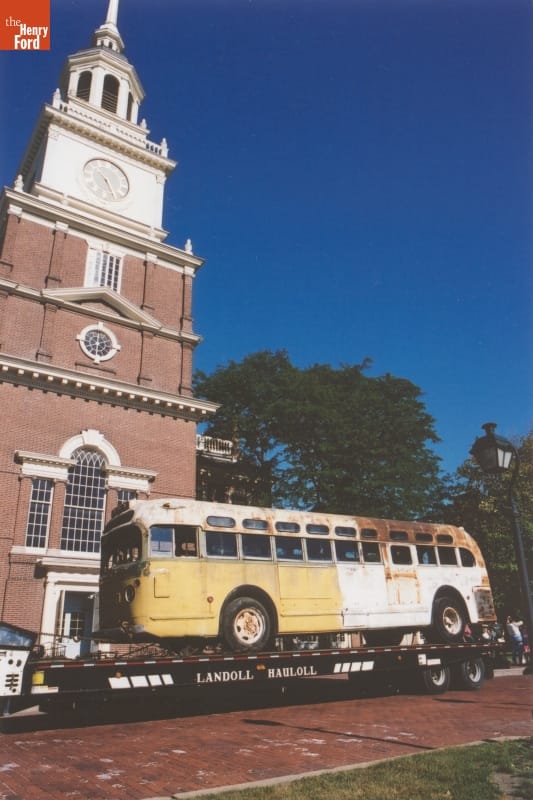 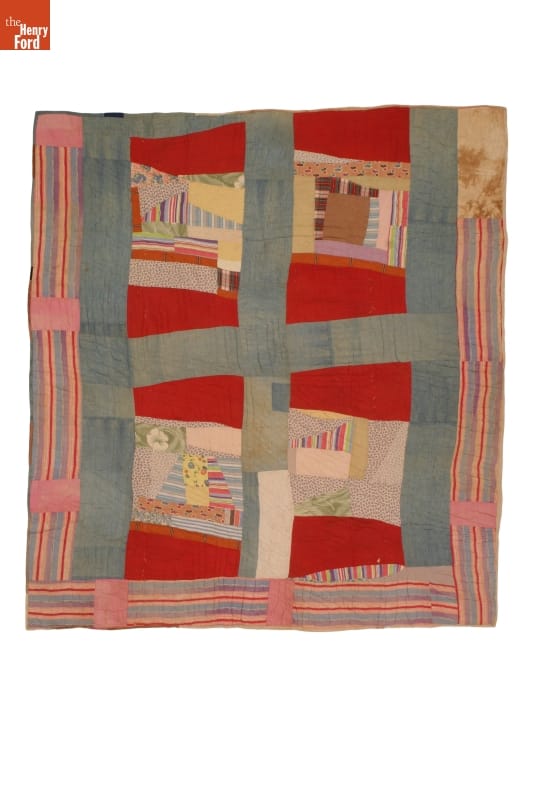 Pig Pen Variation and Mosaic Medallion Quilt by Susana Allen Hunter, 1950-1955
Recent decades found curators gathering objects and stories of previously underrepresented groups. In 2006, the museum acquired 30 quilts made by African American quiltmaker Susana Hunter. After working the fields of her rural Alabama tenant farm and tending to her family's needs, Susana Hunter sat down to lavish her creativity on quiltmaking. On-the-fly inspiration--rather than tradition--guided her improvisational creations made from the worn clothing and fabric scraps available to her. Along with Susana Hunter’s quilts came quilting and household equipment from her simple, two-room house that had no running water, electricity, or central heat. - Jeanine Head Miller, Curator of Domestic Life 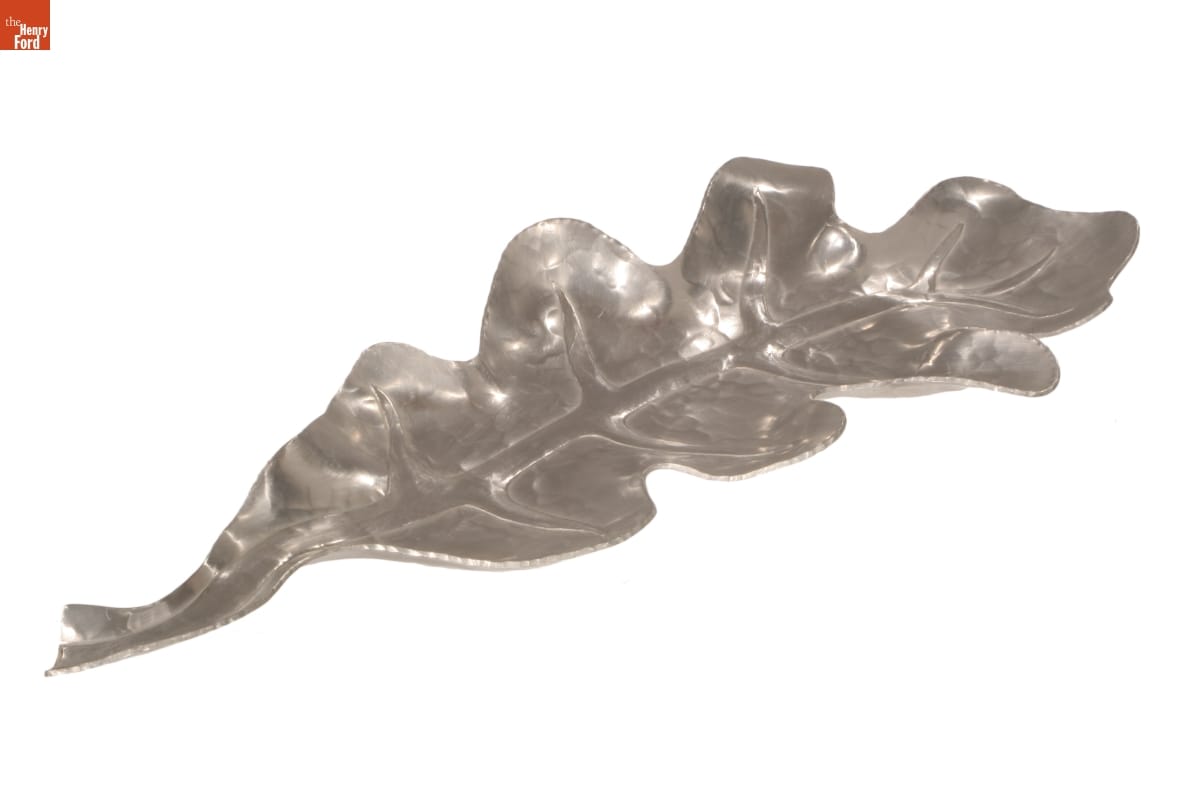 Everlast "Fallen Leaves" Relish Tray, 1940 – 1941
During the early 2000s, curators sought out collections representing entrepreneurial stories to broaden our holdings. From the 1930s into the 1960s, the Everlast Metal Products Company manufactured aluminum giftware, which became fashionable during the Depression as an alternative to silver. Founded by immigrant brothers-in-law in Brooklyn, New York, they also partnered with designers, such as Russel and Mary Wright, who designed this relish tray. - Charles Sable, Curator of Decorative Arts 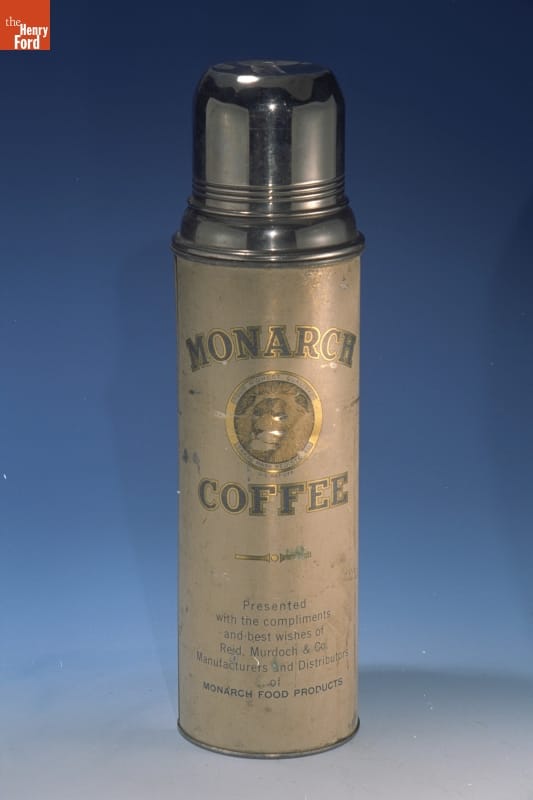 "Monarch Coffee" Thermos, circa 1931
The Henry Ford opened "Heroes of the Sky" in 2003, just in time to commemorate the centennial of the Wright brothers' first flight. Several pieces were acquired in advance of the exhibit, but this simple little vacuum flask is a favorite. It's a relatable object that helps us to imagine those early days of open cockpits and seat-of-the-pants navigation -- when a pilot had little more than coffee with which to keep warm and alert. - Matt Anderson, Curator of Transportation 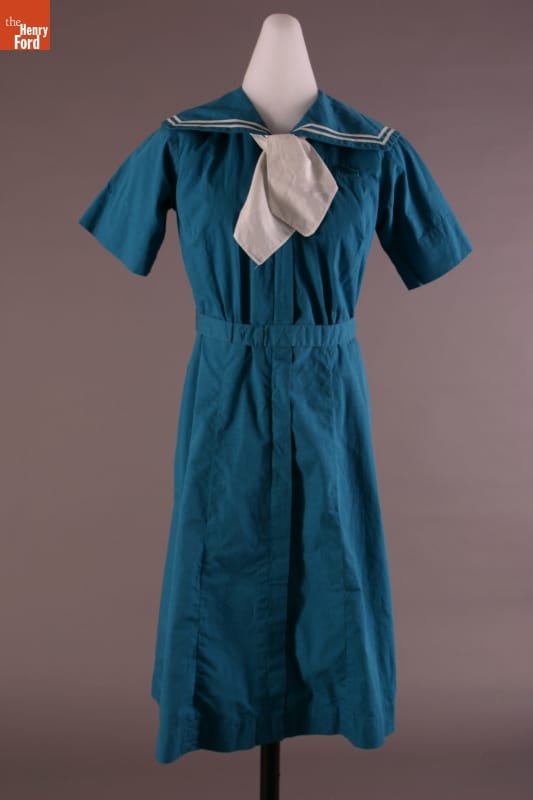 4-H Uniform, circa 1948
The 4-H began as a youth program in Ohio in 1902 and by 1914 it became an official program of the U.S. Department of Agriculture's Federal Extension Service and cooperating state-based land-grant colleges. Boys and girls formed and managed their own local clubs. Ruth Ann Goodell joined the Eden Willing Workers 4-H Club near Garrison, Iowa, in 1942 when she was 10 years old. She sewed this uniform during the late 1940s, likely applying sewing skills she learned through club activities. The Henry Ford, anticipating the 100th anniversary of 4-H, collected this uniform as evidence of rural and farm youth culture.- Debra A. Reid, Curator of Agriculture and the Environment