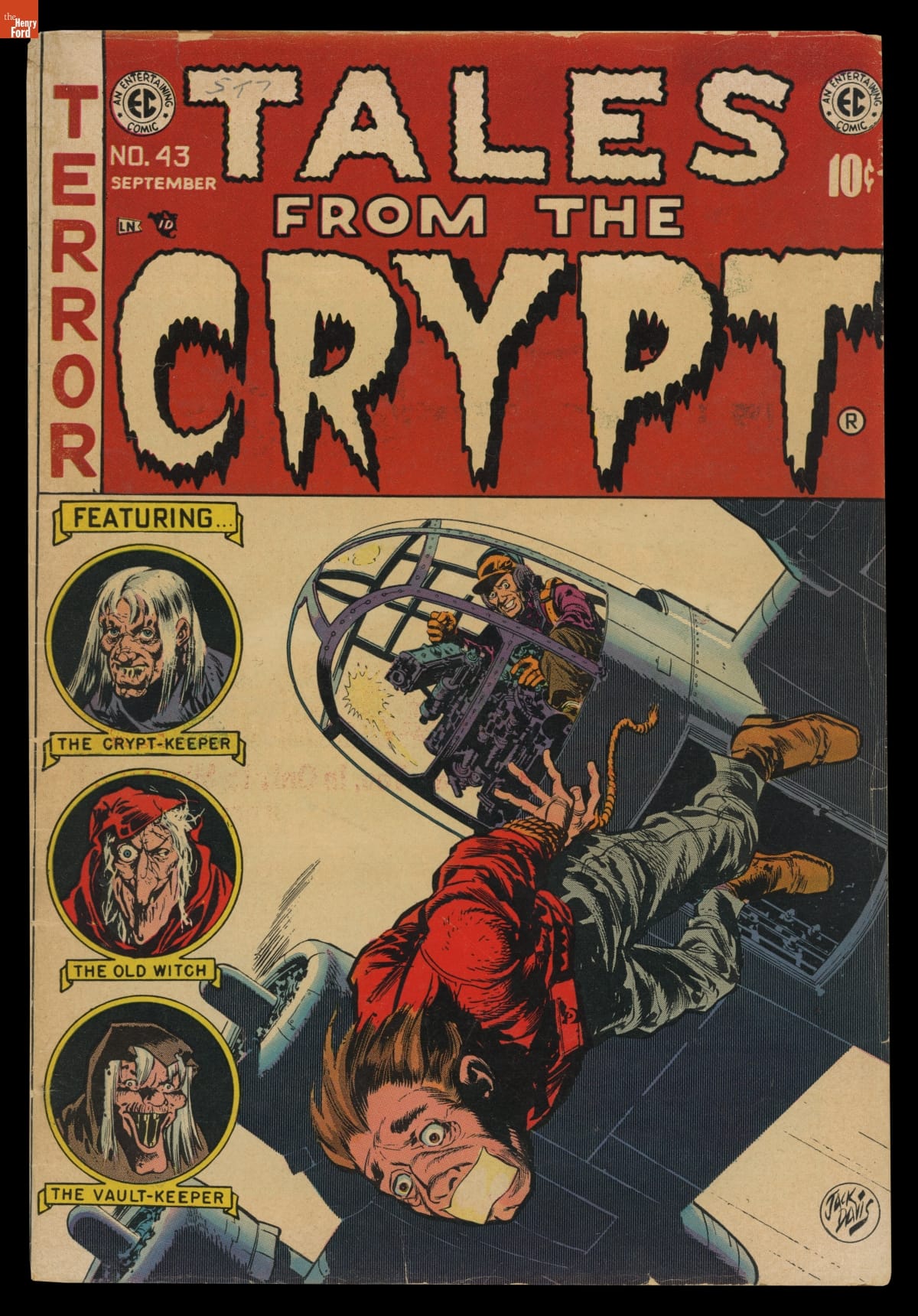 The popularity of comic books has always ebbed and flowed.  But there was a time when their very survival was at stake.  Back in the 1950s, Cold War hysteria and the fear of Communist infiltration into American society led to a deep concern about, and intense scrutiny of, comic books.  This was the one medium at the time that went directly from manufacturer to child, bypassing adult supervision.

An American psychiatrist named Fredric Wertham fanned the flames of adult concern at the time.  Dr. Wertham worked with juvenile delinquents and found that the one thing they all seemed to have in common was their devotion to comic books.  Beginning in 1948, he went on an anti-comic book crusade, writing and speaking out against the detrimental effects that he claimed comic book reading had on young people. 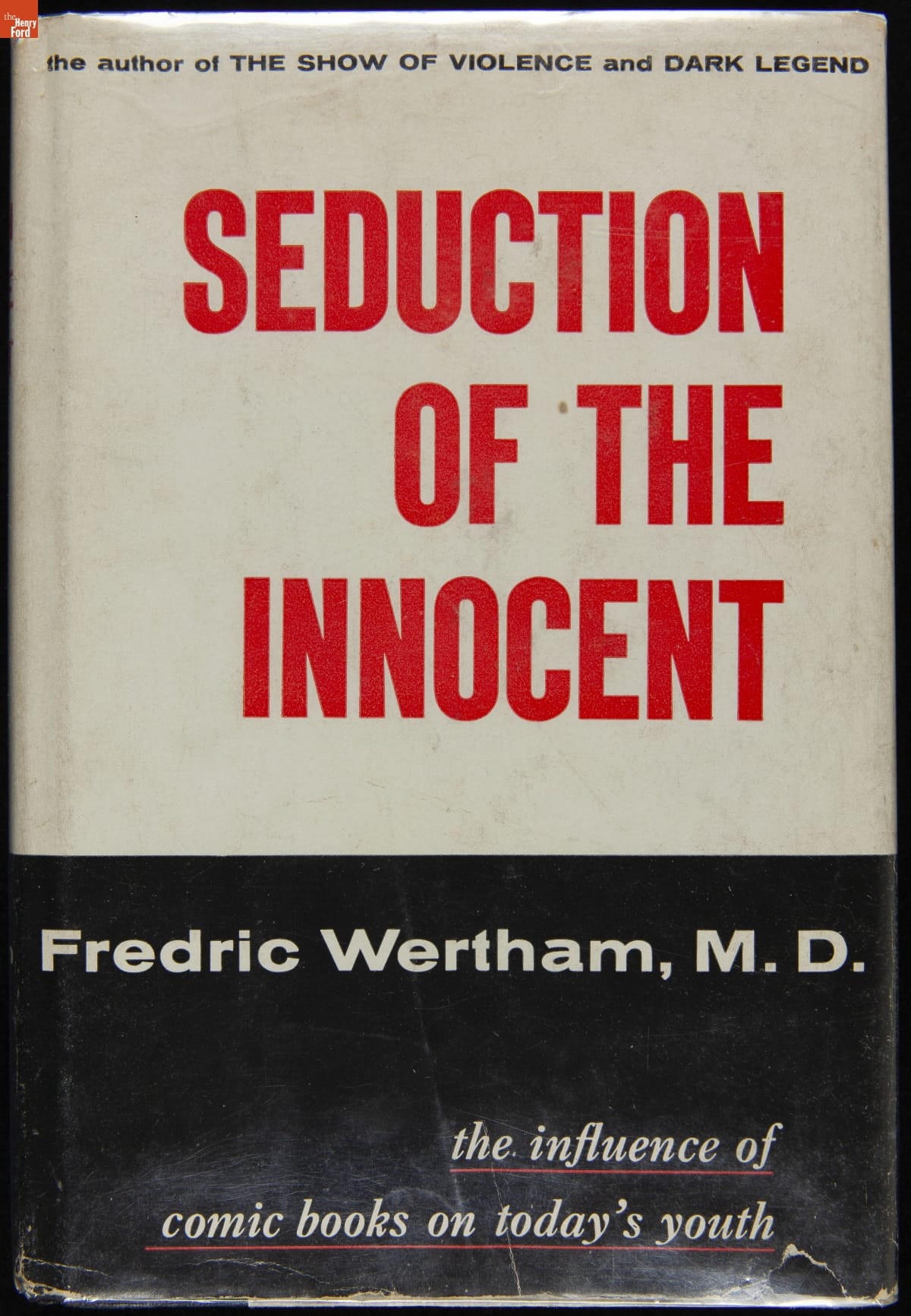 Dr. Wertham summed up his arguments in his 1954 opus, Seduction of the Innocent.  This 400-page indictment of the comic book industry warned parents and educators that comic books were not only a harmful form of popular literature but also a serious cause of juvenile delinquency.  In the book, as in his lectures, he cited examples of violence, sexual themes, drug use, and other adult fare that he had found within the pages of actual comic books—asserting that reading this material encouraged similar behavior.  According to Dr. Wertham, these examples were especially evidenced in the extremely popular crime and horror titles published by the EC comic book company at the time. 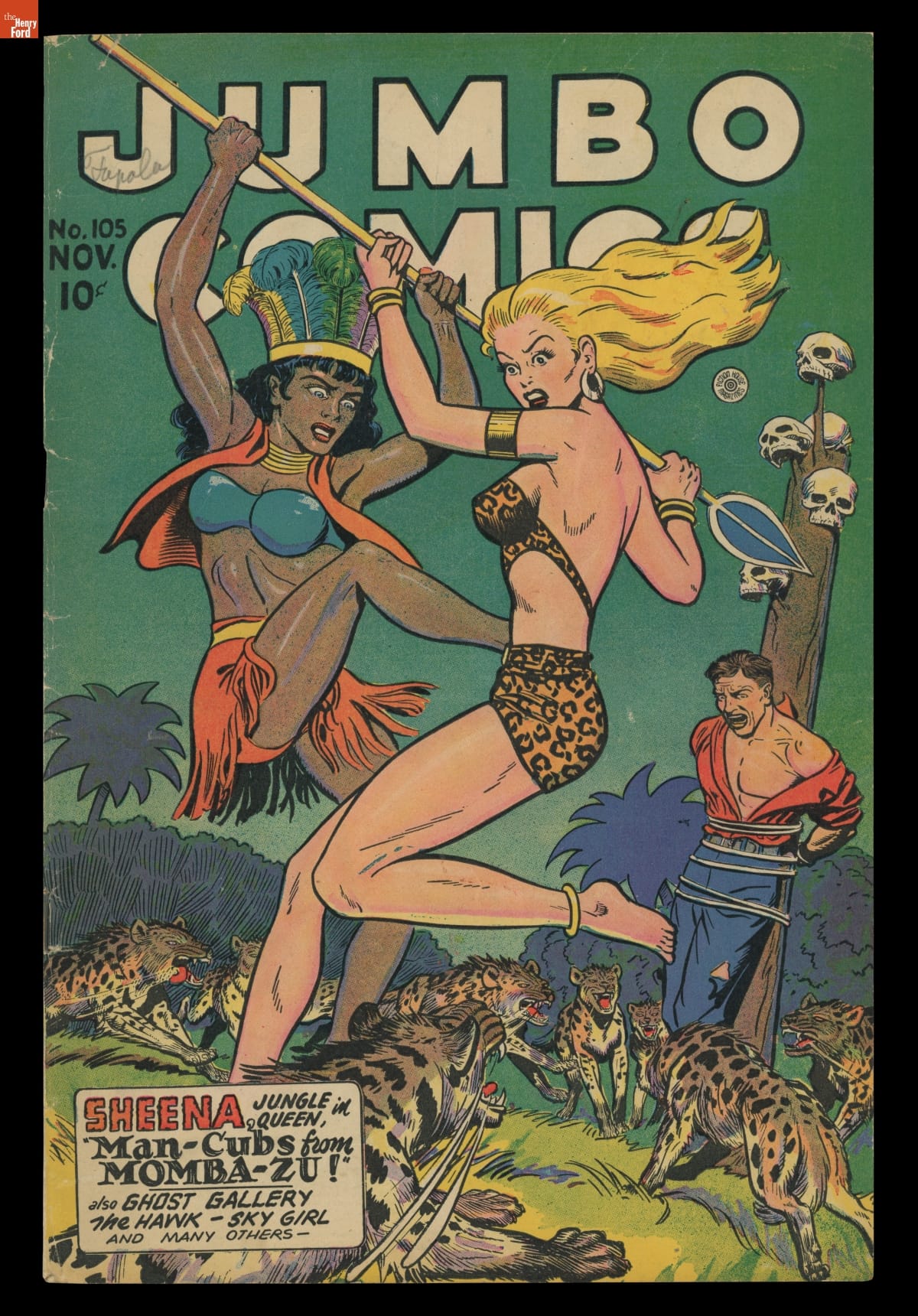 Comic books with covers like this one, showing violence and scantily clad women, were among those that Dr. Wertham denounced. THF141552

Seduction of the Innocent created a sensation, as Dr. Wertham put forth a potent combination of professional expertise and moral outrage.  It confirmed the growing fear by many parents that their children’s attachment to comic books was permanently harming their willingness to conform to societal rules and hindering their ability to become law-abiding citizens in America’s democratic society. 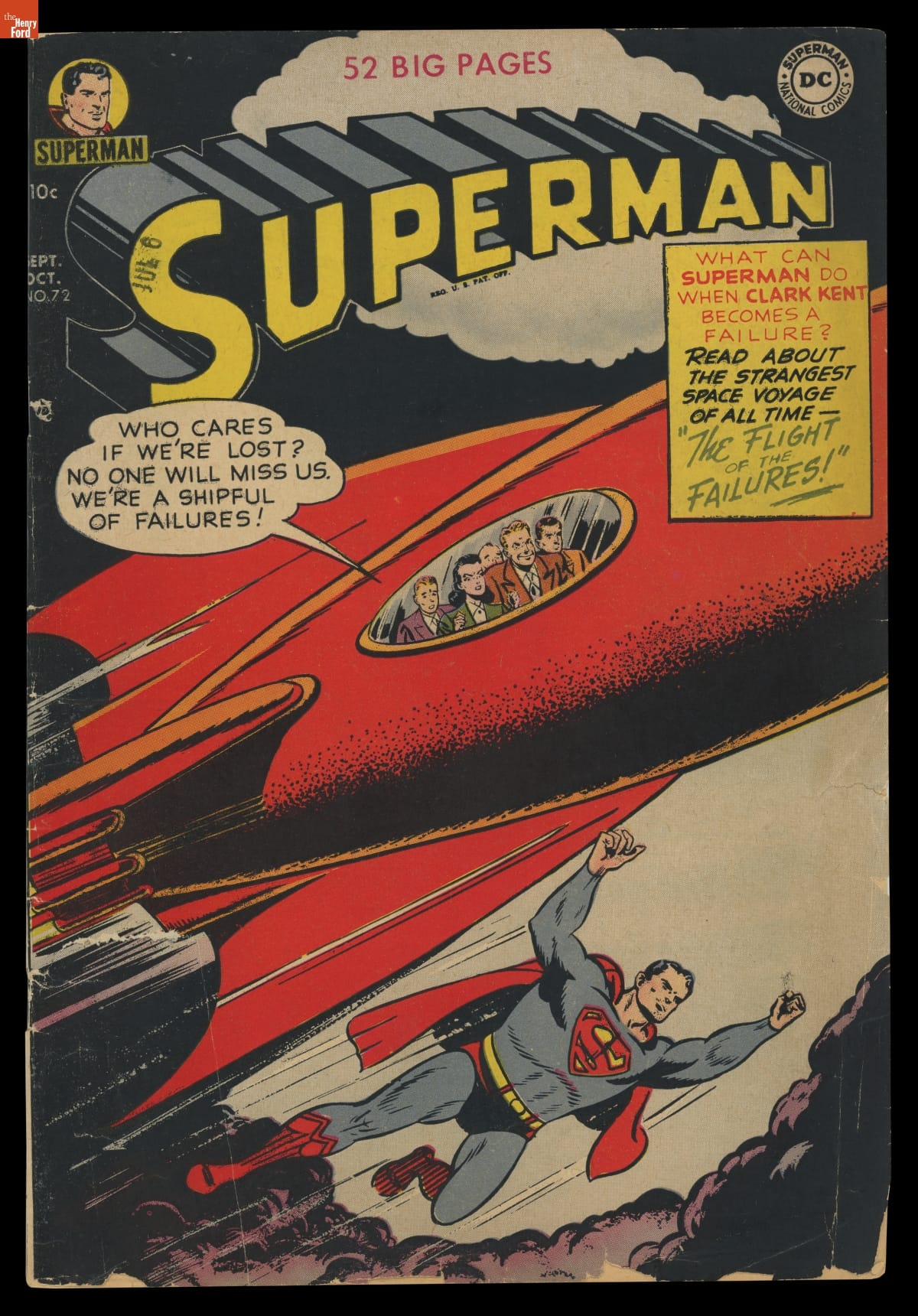 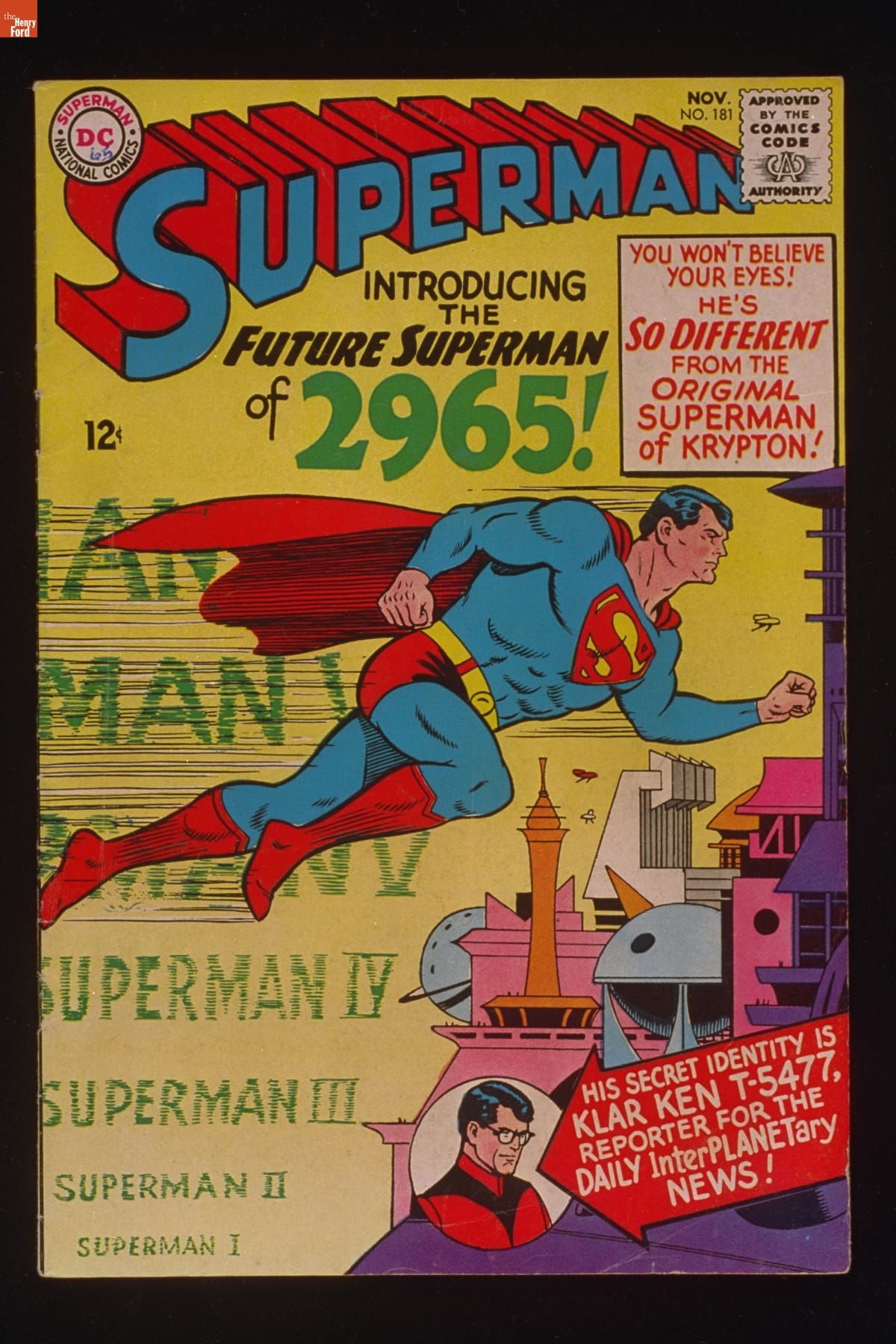 The national attention focused upon the comic book industry led to a simultaneous U.S. Congressional inquiry in 1954.  As things were looking bleak for the comic book industry, the publishers decided to band together and self-censor their own titles by adopting a new Comics Code Authority (or CCA).  According to CCA regulations, each company was required to include a Stamp of Approval on the cover of every one of its issues as a sign that it had met compliance with the Code. 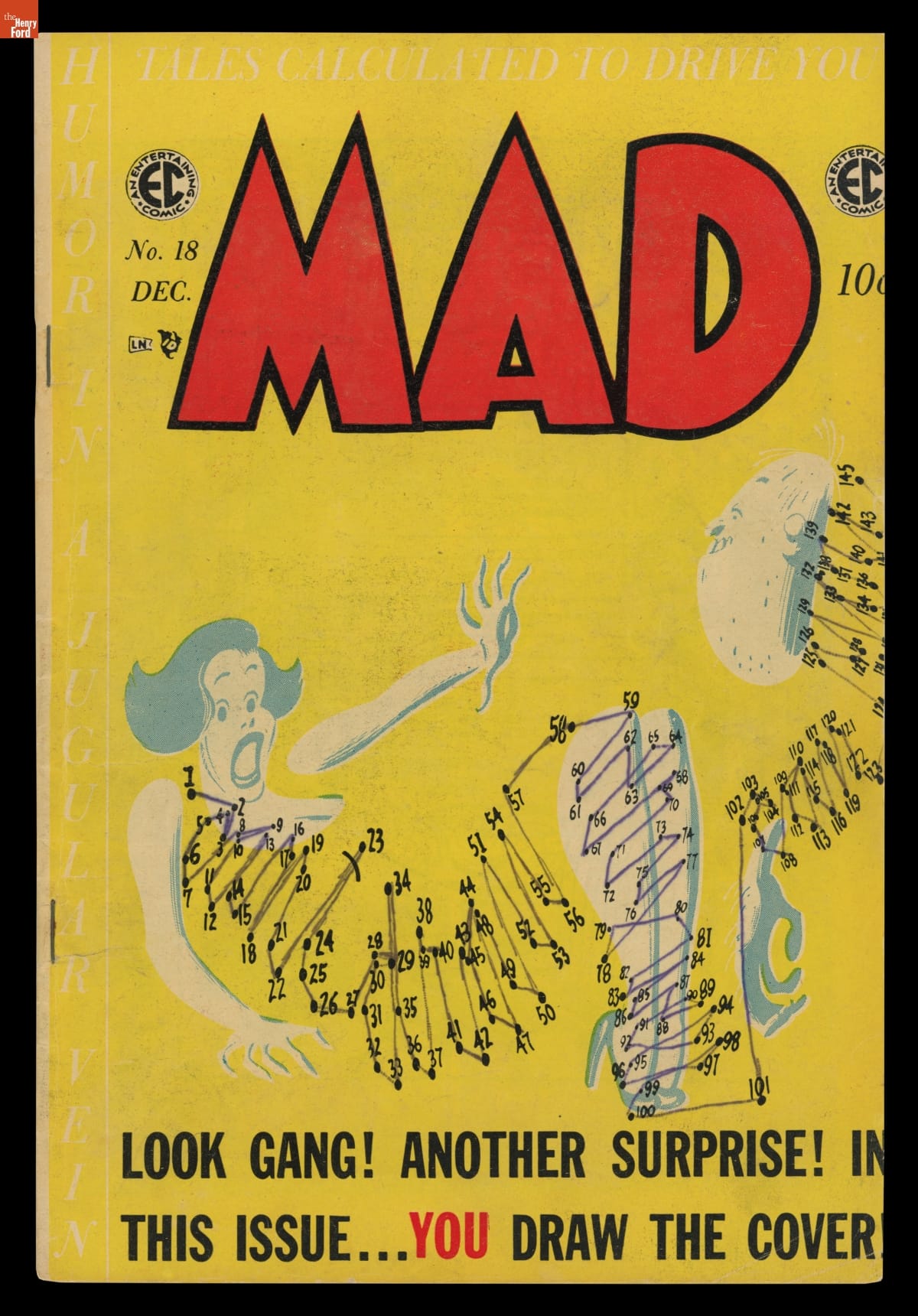 December 1954 issue of Mad when it was a comic book, just before it was converted into a magazine THF141567

As a result, EC titles were soon taken off the shelves.  In fact, this company would have been completely wiped out except for its popular Mad magazine, which became highly successful in its own right.  Even though the other comic book companies honed their stories closely to the guidelines of the Code, the damage had been done.  Comic books were held in disdain for years to the point that, by the early 1960s, their very survival was at risk.  We can thank, in large part, Marvel Comics’ new approach to stories and superheroes for their remarkable comeback.

Dr. Wertham was later discredited for “manipulating, overstating, compromising, and fabricating” evidence.  And, before long, parents found that comic books were minor in their concern about harmful influences on America’s youth, as they seemed like nothing compared to the new Hollywood teenage films, paperback novels, and rock ‘n’ roll music!  Only later did people better understand that teenage angst and rebellion were very normal parts of growing up. 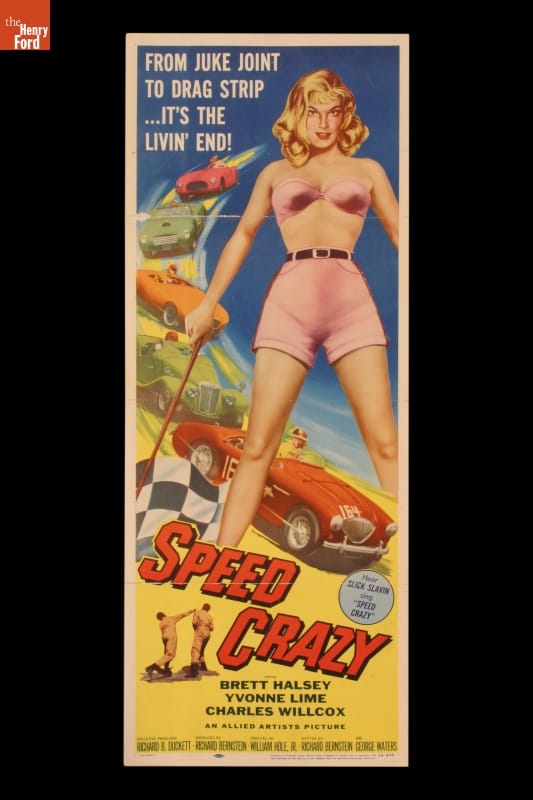 Teenage movies like the one shown in this 1959 poster made comic books seem tame by comparison. THF109455

Through the ensuing decades, few comic books dared veer from the Code’s regulations that forbade depictions of graphic violence, advocated alignment with societal norms, and dictated that all comic book stories end on an upbeat note.  But by the late 20th century, these norms had changed enough that the earlier regulations had lost much of their relevance.  The two major comic book companies—Marvel and DC—finally dropped the CCA in favor of their own rating systems—in 2001 and 2011, respectively.

Donna Braden is Curator of Public Life at The Henry Ford.  See her other blog posts, Hooked on Comic Books and Battle of the Superheroes: DC vs. Marvel.