Commercializing the Comics: The Contributions of Richard Outcault 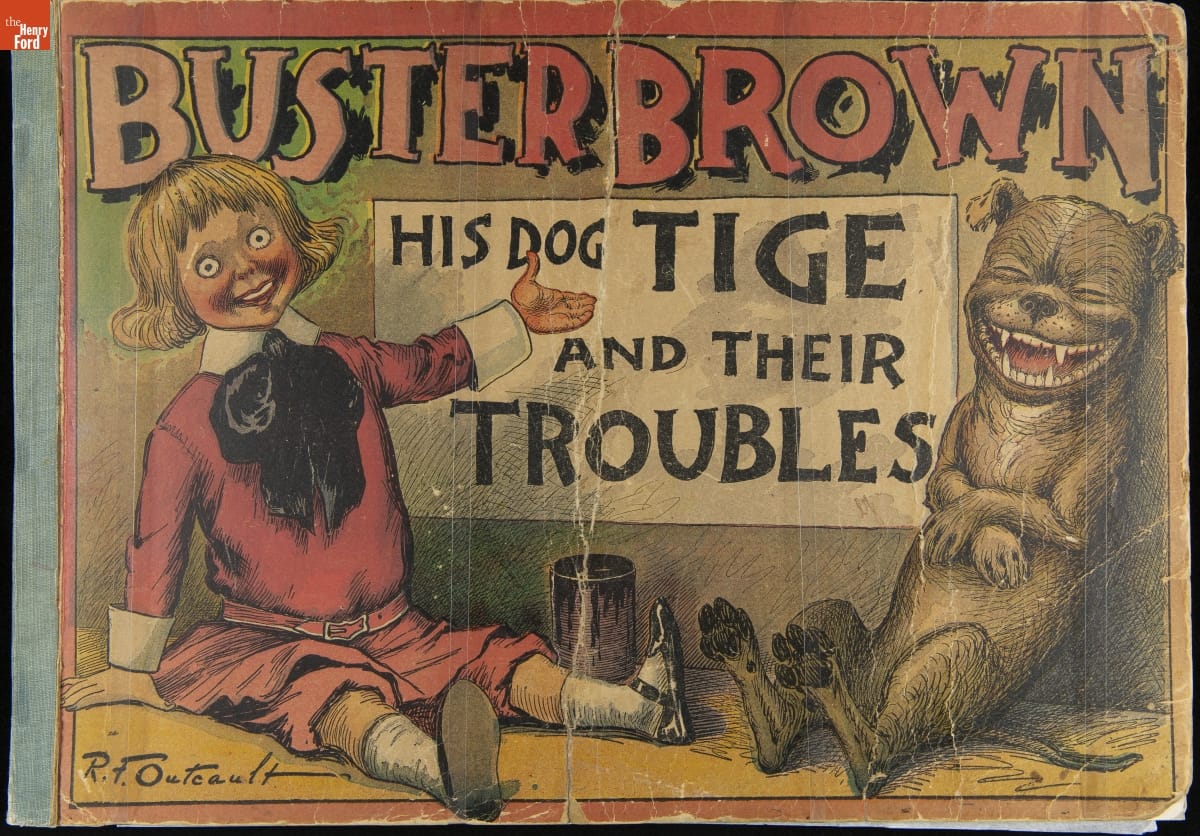 This full-color, large-format book is a compilation of Buster Brown comic strips that originally ran in the New York Herald in 1903 and 1904. THF297428

You may not know his name, but you’re likely familiar his work. Richard Outcault, a talented comic illustrator with a keen eye for marketing, found his ultimate success with the character Buster Brown in the early 1900s.

Born in Lancaster, Ohio, in 1863, Richard Felton Outcault showed an early interest in art. As a teenager, he attended the McMicken School of Design (now the Art Academy of Cincinnati) and found work painting decorative scenes for a Cincinnati safe manufacturer. By 1889, Outcault had taken a position as an artist at Thomas Edison’s West Orange, New Jersey, laboratory, working primarily on corporate exhibitions. 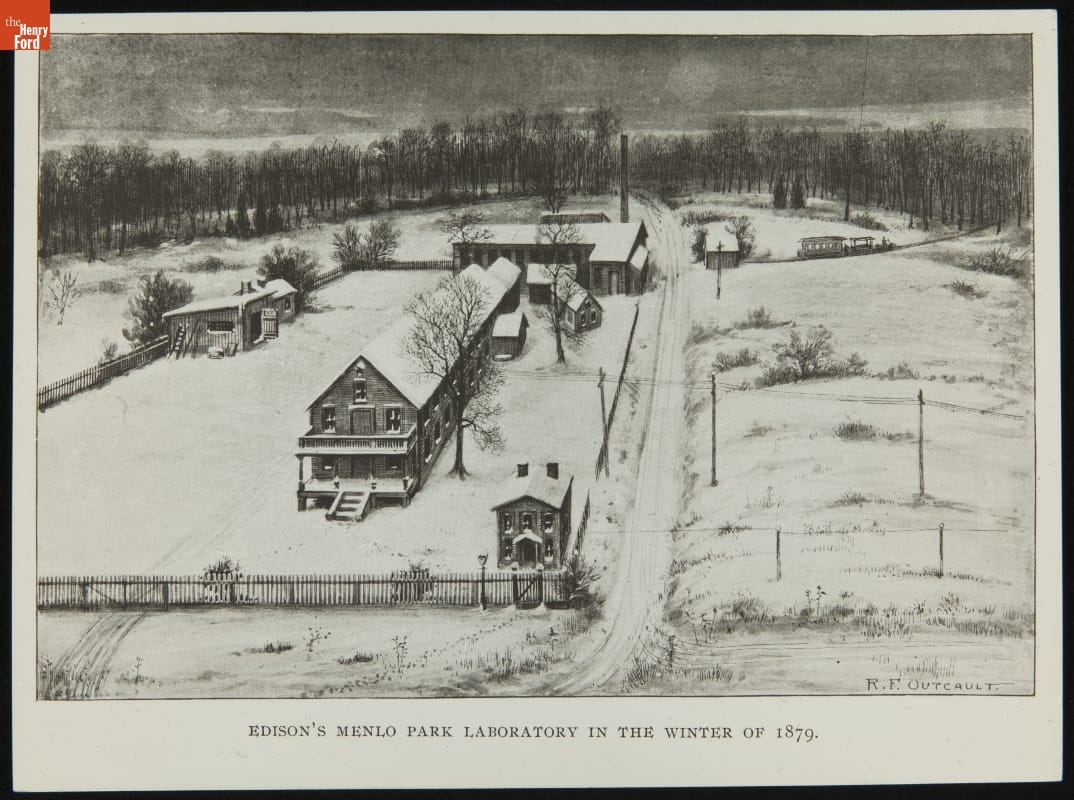 Richard Outcault created this illustration for Edison’s exhibit at the 1889 Exposition Universelle in Paris. It depicts the Menlo Park laboratory complex in 1879, when Edison first demonstrated his experimental lighting system. THF236600

Around 1890, Outcault left West Orange for New York City, where he began contributing mechanical drawings to technical publications like Electrical World and Street Railway Journal. He also submitted comic illustrations to some of the popular weekly humor magazines that had emerged in the 1880s, including Judge, Life, and Puck.

As public interest in comic publications grew, new advances in color printing technology became available, and newspaper publishers saw an opportunity to cash in. In 1893, the New York World introduced a weekly color comic supplement that, at first, reprinted illustrations from the humor magazines it mimicked. Richard Outcault joined the staff of the World as a cartoonist and published his first original comic for the paper in September 1894.

The Yellow Kid
By 1896, one of the recurring characters in Outcault’s comics – a little baldheaded boy wearing a bright yellow nightshirt – had become a sensation. World readers began buying the paper every Sunday to check in on the adventures of the “Yellow Kid,” who the paper also licensed for merchandising. The Yellow Kid became the face of a wide range of products, from cigarettes and packaged foods to fashion accessories and household appliances.

The Yellow Kid’s popularity demonstrated the commercial value of comics and helped establish the medium as a newspaper fixture. Richard Outcault likely never benefitted directly from the licensing of the Yellow Kid – at that time, newspapers owned the rights to the images published in them, and copyright law didn’t protect characters – but he noted the marketing potential of a popular comic character.

Buster Brown
With the success of the Yellow Kid, Outcault himself became something of a commodity. Demand for his comics kept him busy, and Outcault continued illustrating for several newspapers and magazines through the turn of the century. In 1902, he introduced Buster Brown, a mischievous 12-year-old boy from a well-heeled Manhattan family. Readers went crazy for Buster Brown’s shenanigans (and for his pet dog, Tige). Outcault had another hit on his hands. 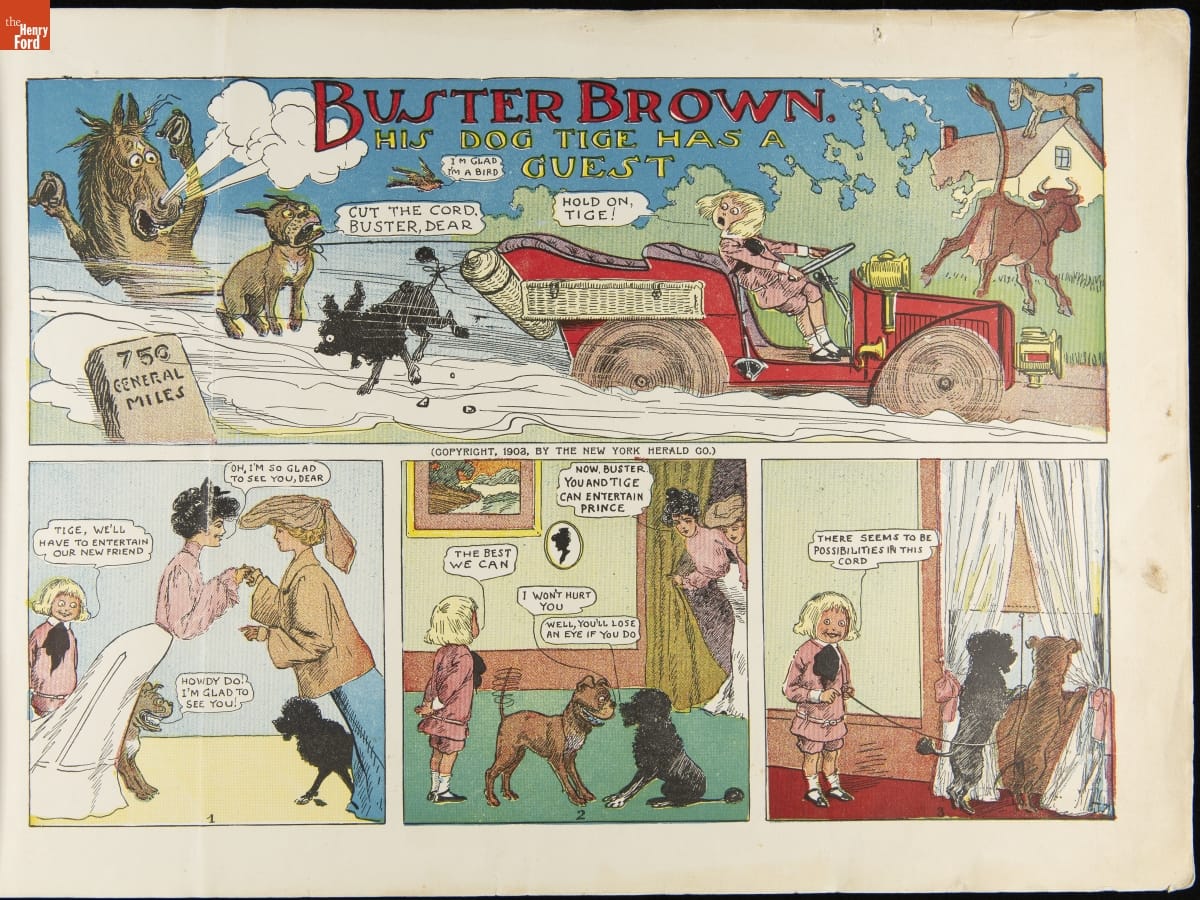 Richard Outcault was a pioneer in the strip style of comic illustration, with sequential image panels and accompanying text (often in speech bubbles) that contributed to the narrative. By about 1900, this format had become standard for comics. THF297493

This time, he managed to profit from it. Though he never owned the legal rights to Buster Brown, Outcault licensed the character’s name and face to hundreds of companies. Buster Brown promoted everything from bread and cigars to toys and – perhaps most famously – shoes. 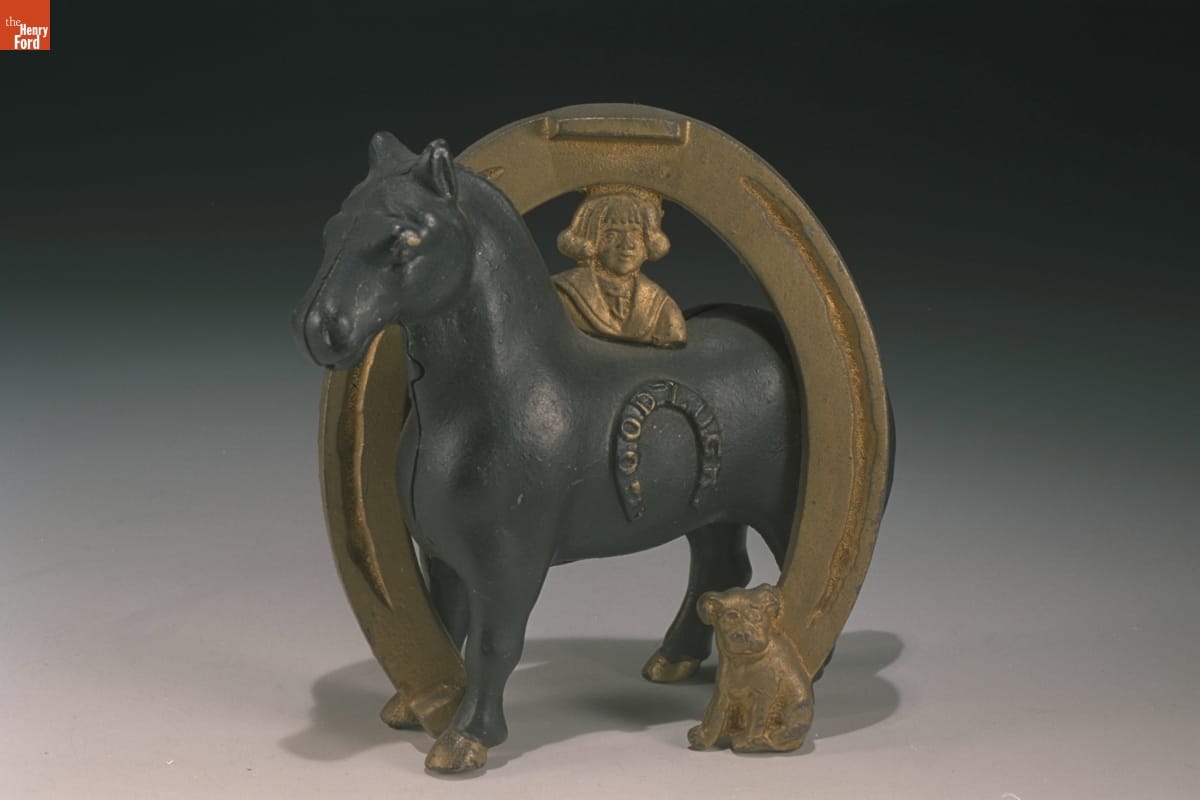 This bank is just one example of the hundreds of products manufactured during the first quarter of the twentieth century that bore Buster Brown’s likeness. Buster’s canine companion, Tige, sits at the horse’s feet. THF304975 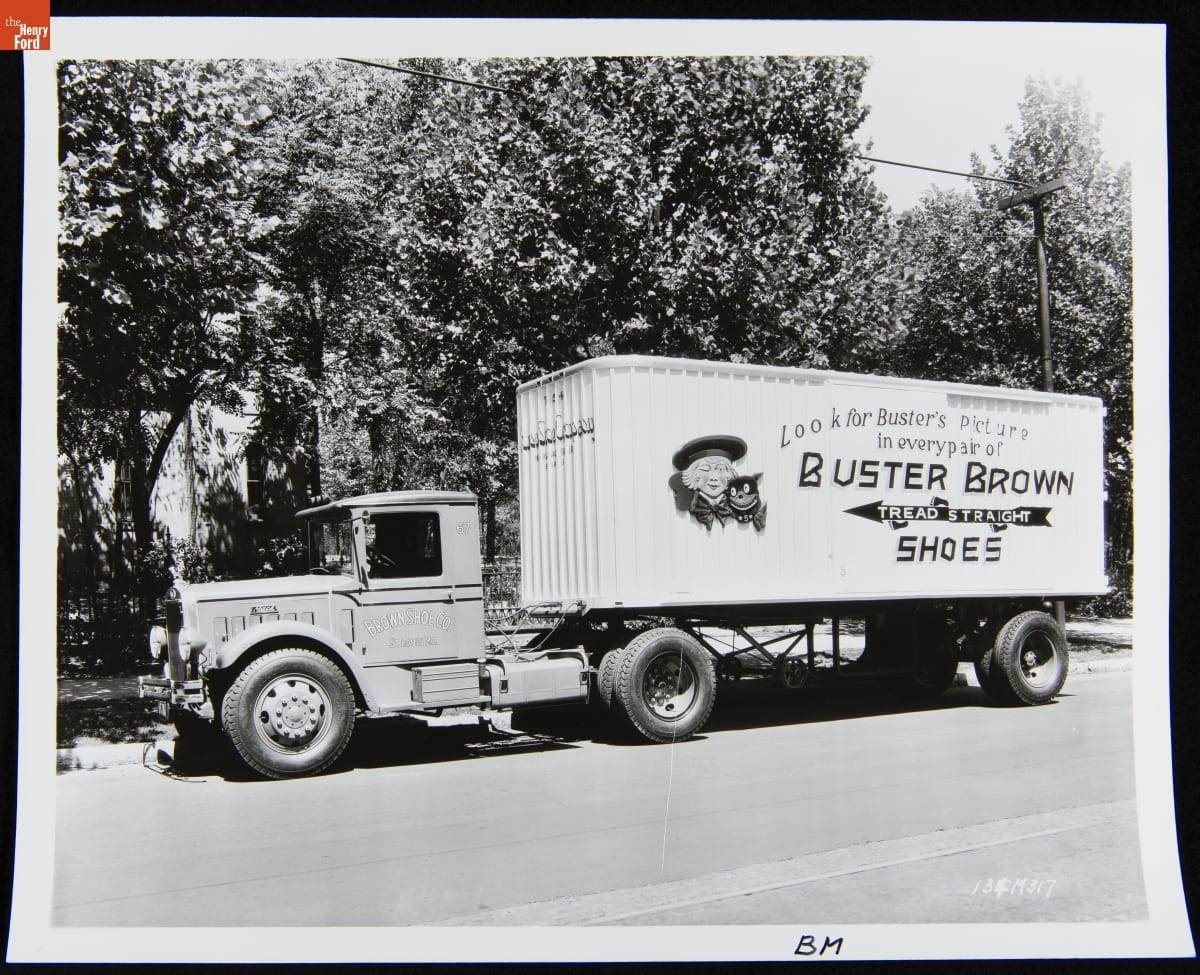 Americans purchased these branded products for decades after Outcault introduced Buster Brown. The character became a household name that outlived its comic strip, which was last published in 1921. By then, Richard Outcault was focusing less on illustrating and more on marketing. Eventually, he stepped away from comics altogether, returning to painting before his death in 1928. Eighty years later, the comic industry formally recognized Outcault’s important career, inducting him into its hall of fame at the 2008 San Diego Comic Convention.