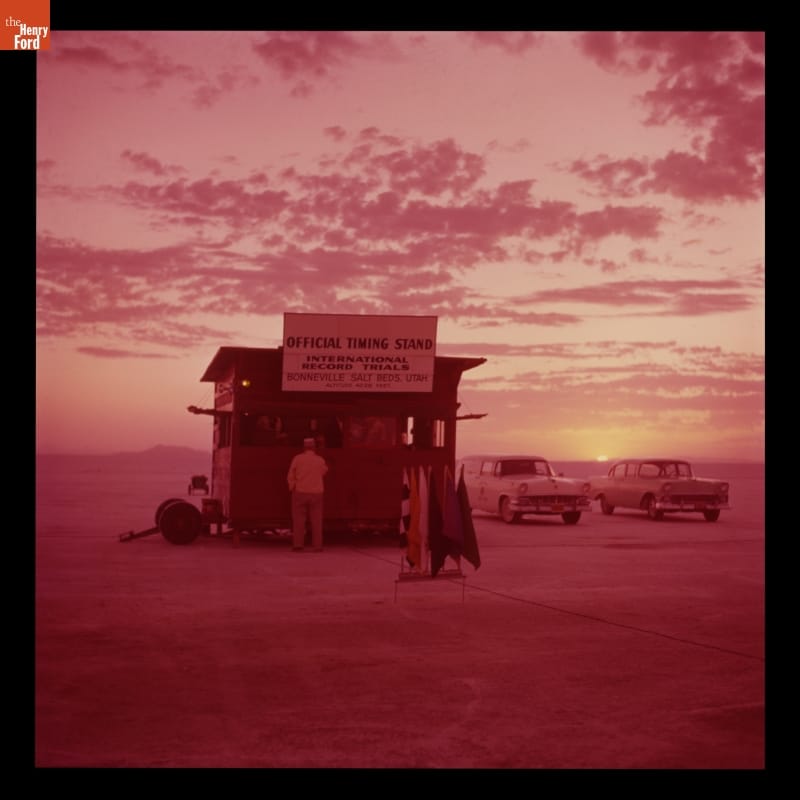 How Fast Will It Go?

Land speed racing is like a moonshot that never leaves Earth, and it answers the never-ending question, “How fast can it go?” In the quest for the prestige of setting a land speed record, highly specialized cars compete in flat, wide-open, isolated settings, without a lot of fanfare or spectators.

In this section of our new racing exhibit, Driven to Win: Racing in America, you will experience the unique setting that is the Bonneville Salt Flats and feel a touchable material that simulates the area’s salt surface. There are many classes—right up to the ultimate “unlimited” world land speed record—so a diverse assortment of cars turns up at each of these events. Drivers race against the clock, one at a time, to an agreed-upon point and back again. Speed is recorded over a “measured mile” within those runs. Usually, it is the average speed from the out-and-back measured miles that establishes the official record. Vehicles used in this type of racing are innovative in developing their conquest of speed. 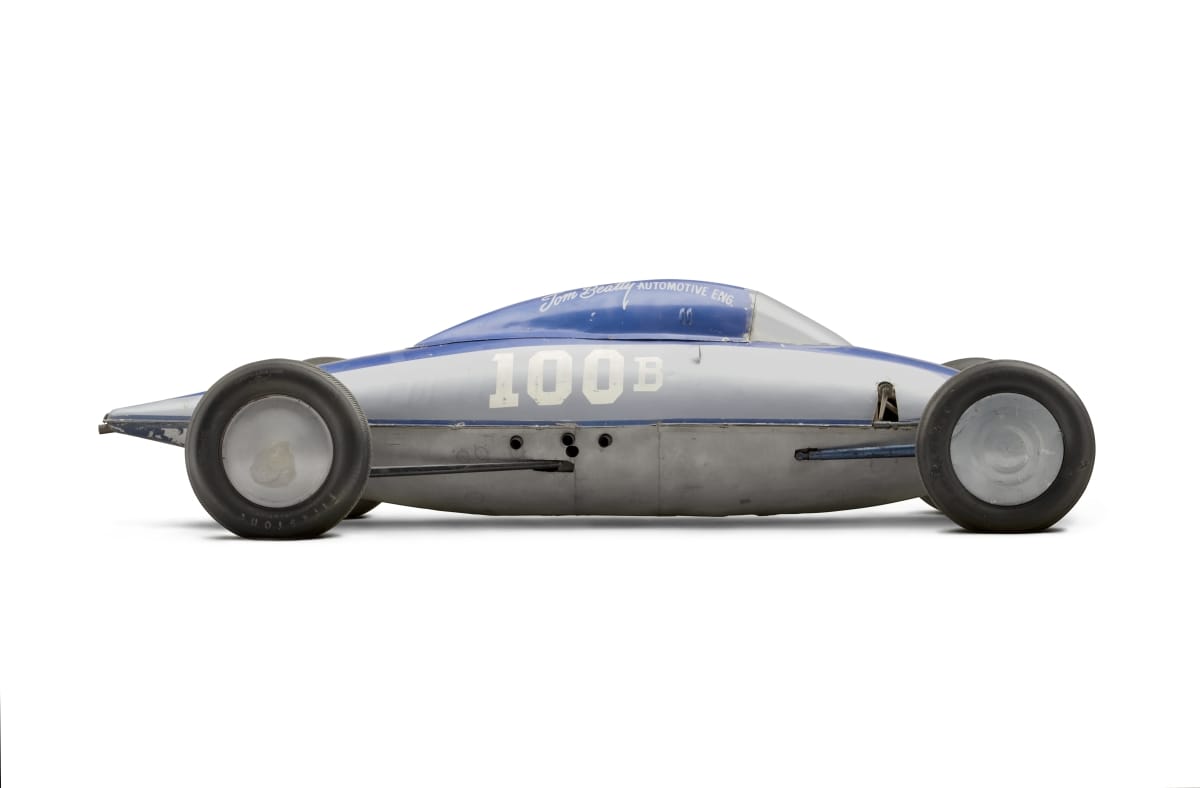 Its exterior bodywork was crafted by Tom Beatty from the auxiliary “belly” fuel tank of a World War II fighter plane. Because of their aerodynamic design, these war-surplus tanks were ideal in shape and size to form the body of a land speed racing car, and many were used for that purpose on California’s dry lakes and Utah’s Bonneville Salt Flats. Tom Beatty’s car was fastest in its class at the Bonneville National Speed Trials in 1951, 1952, 1955, 1959, and 1962. At its debut in 1951, a run of 188.284 mph made it the fastest open-wheeled car at the event. In 1955, Beatty set a two-way average of 211.267 mph, and he became the 16th member of Bonneville's 200 mph club. In 1962, using an upgraded driveline, he set what was to be his highest speed record for the car and class—243.438 mph. 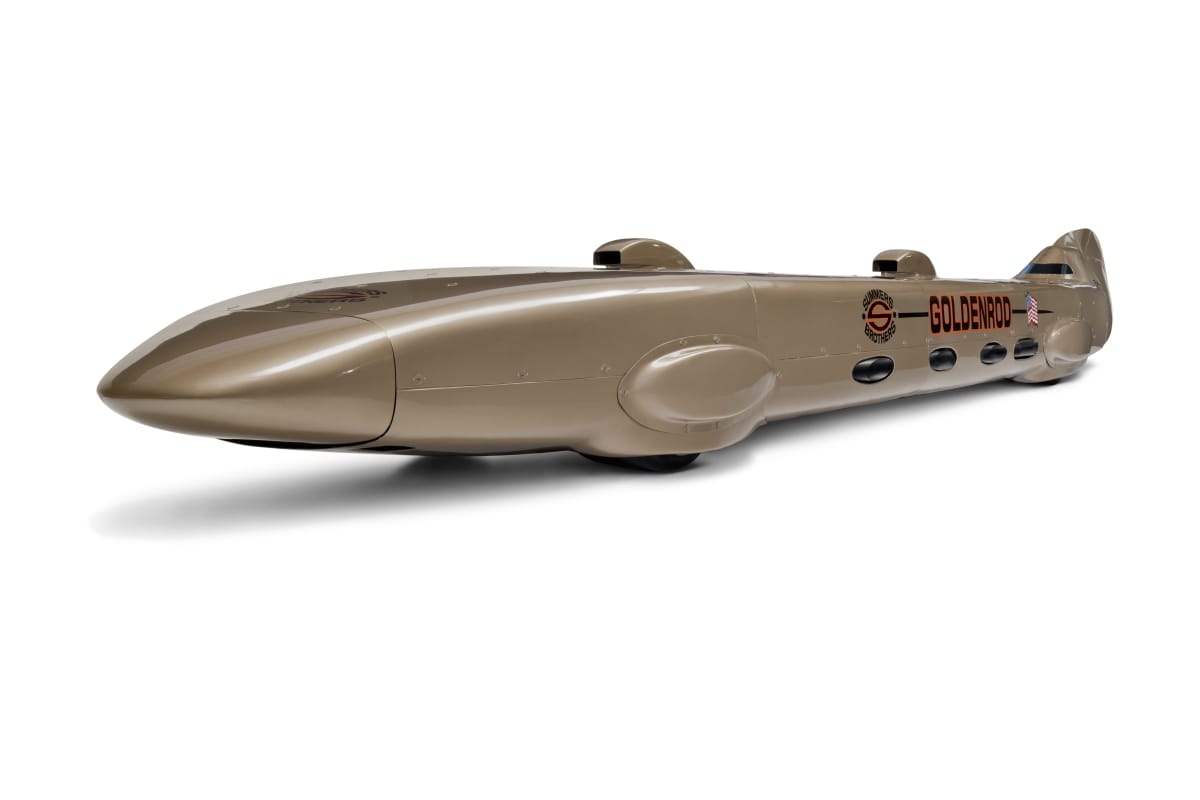 In November 1965, this sleek car flashed across Utah’s Bonneville Salt Flats to break the world land speed record for wheel-driven cars (as opposed to jet or rocket-powered autos). One key to Goldenrod’s success was its long, slim shape, which minimized wind resistance. The other key was the clever engineering that packed four Chrysler Hemi engines—along with the machinery to drive all four wheels—inside its slim shape. Goldenrod’s record of 409.277 mph stood for more than a quarter century, until 1991. Goldenrod’s builders, Bob and Bill Summers, started their own business building custom transmission and driveline parts and became part of Southern California’s automobile culture. This generated a “hot rod economy” with people who built cars and equipment, promoted races, operated tracks, sold equipment and accessories, and wrote about cars and events. 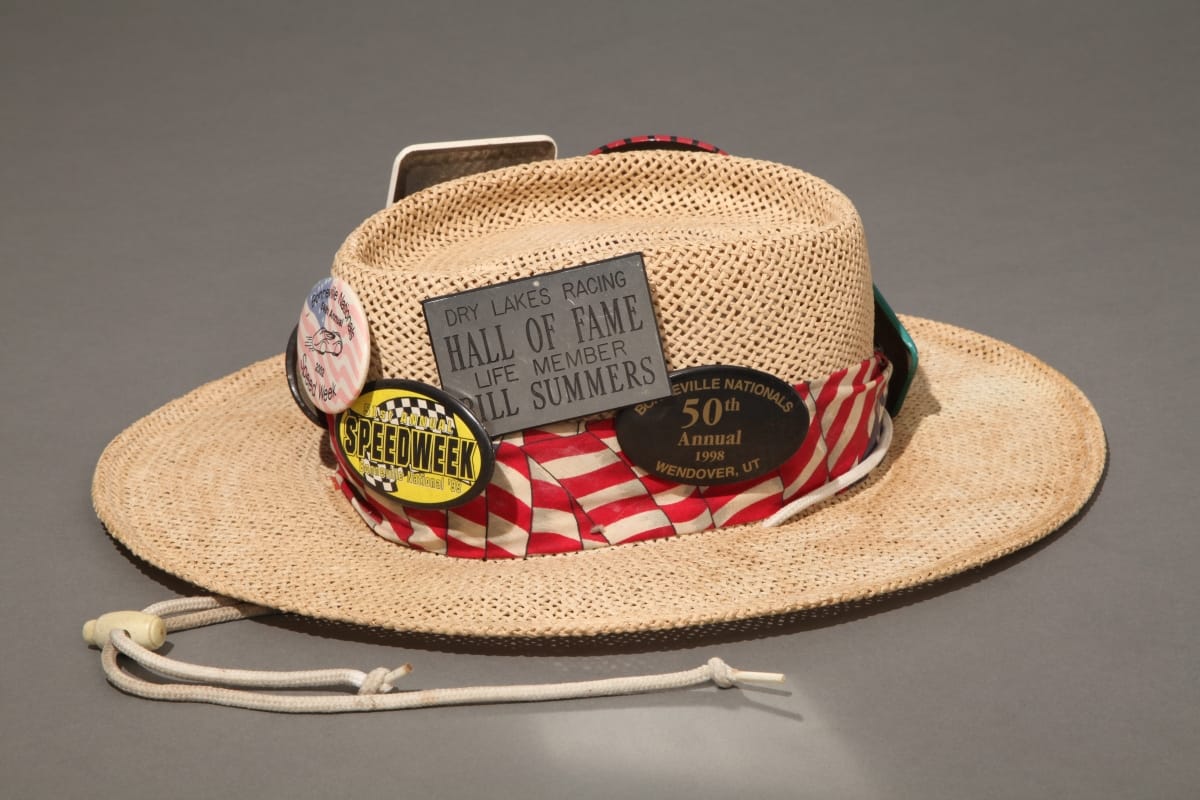 Beyond the cars, you can see these artifacts related to land speed racing in Driven to Win. 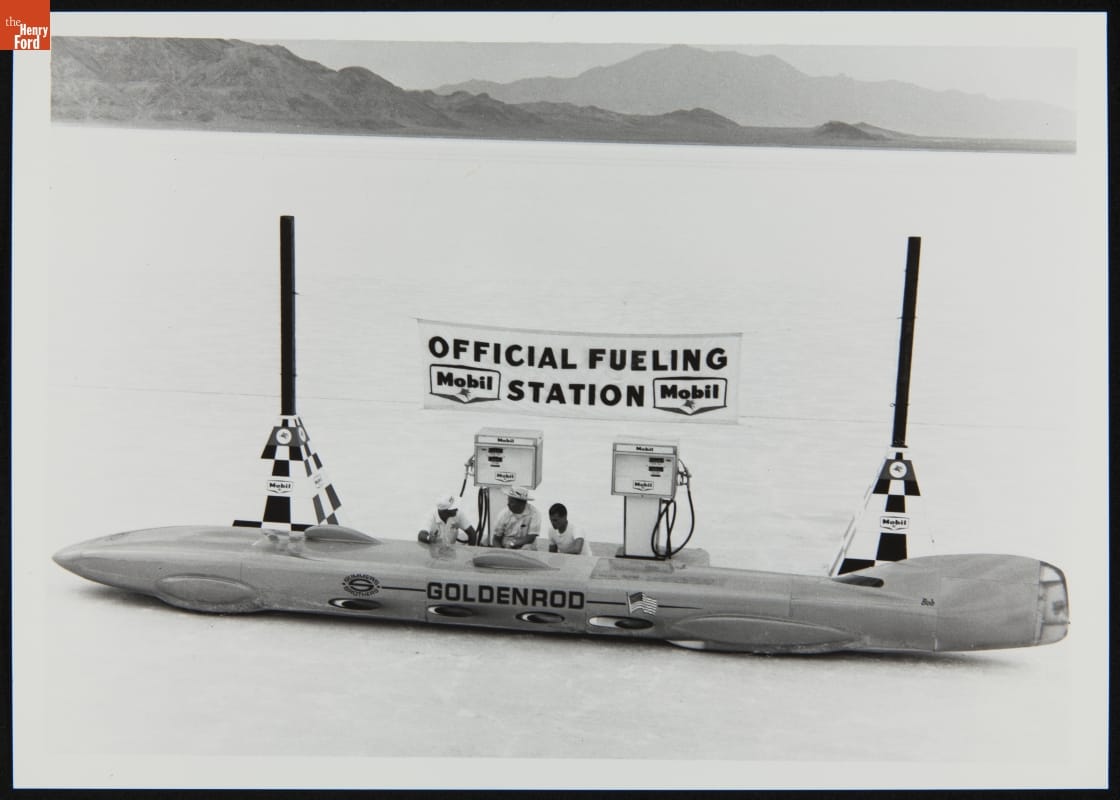 Learn more about land speed racing with these additional resources from The Henry Ford.