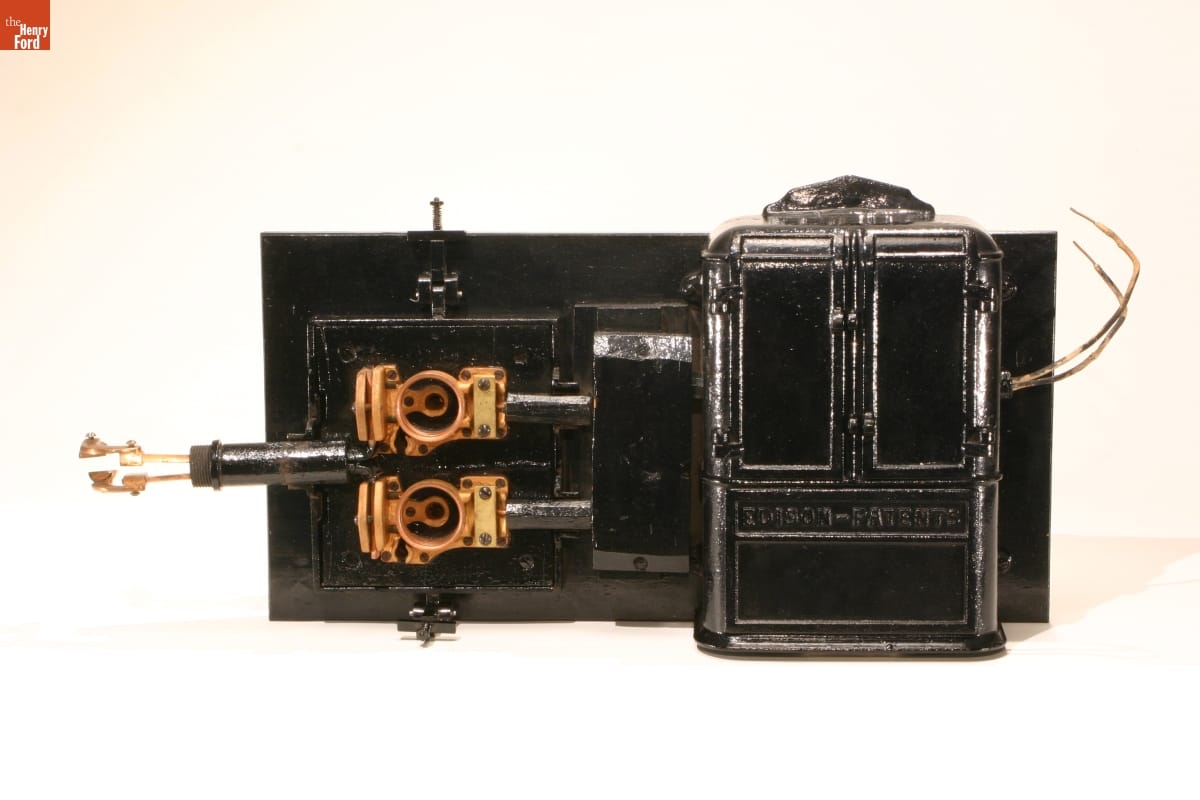 When Thomas Edison decided to develop a commercial lighting system he had to do far more than design a light bulb and generator: he and his collaborators had to devise the entire system -- right down to the wire insulation and fuses. Even the electrical measuring instruments that were needed to chart the progress of experiments had to be sought from other fields such as telegraphy.

Edison demonstrated his lighting system to the public for the first time in December 1879, but the system was hardly a workable commercial product. Many refinements -- to increase durability, reliability, and cost-effectiveness -- would be needed before his lighting system could be described as a competitive product. One of the most important missing elements was a meter for keeping track of customers' electricity usage. The electrical meter that Edison and his collaborators devised was an ingenious device -- an arrangement that allowed the amount of electricity a customer used to be weighed.

The meter, known as the Edison Chemical or Electrolytic Meter, was in essence a laboratory apparatus installed in the basements of customers' buildings. It consisted of two glass jars filled with a zinc sulphate solution; immersed in each jar were a pair of electrodes -- matched pairs of zinc plates. The operation was deceptively simple. A portion of the current flowing into the customer's electrical system passed through the plates, causing an electrolytic reaction. The more electricity a customer used, the more zinc would be transferred from one plate to the other. It was this difference in weight that allowed the electrical bill to be determined. Usage was calculated on a monthly basis: an Edison employee would replace the previous month's plates with a new set whose weight had already been carefully recorded. The old plates were taken away to have their weight checked and a bill calculated. The body of the meter had to be tough and tamper-proof -- hence the term "ironclad" that was used to describe this all-metal meter. Later units were wooden boxes with a metal door. In either case, the enclosure was secured with the kind of lead seal that is still used to guard modern electric or gas meter mechanisms.

Meters like this remained in service in some installations well into the 1890s. Many customers were distrustful of this metering method, asserting that the plate removal and remote calculations allowed them no way of checking whether the company was padding their bills. Modern numerical meters allow consumers to see a read-out of their electricity, gas, or water usage. However, the meters' settings -- and indeed the consistency of different meters -- is still something we trust to the utility company.

Marc Greuther is Chief Curator and Vice President of Historical Resources at The Henry Ford. This post originally ran as part of our Pic of the Month series.