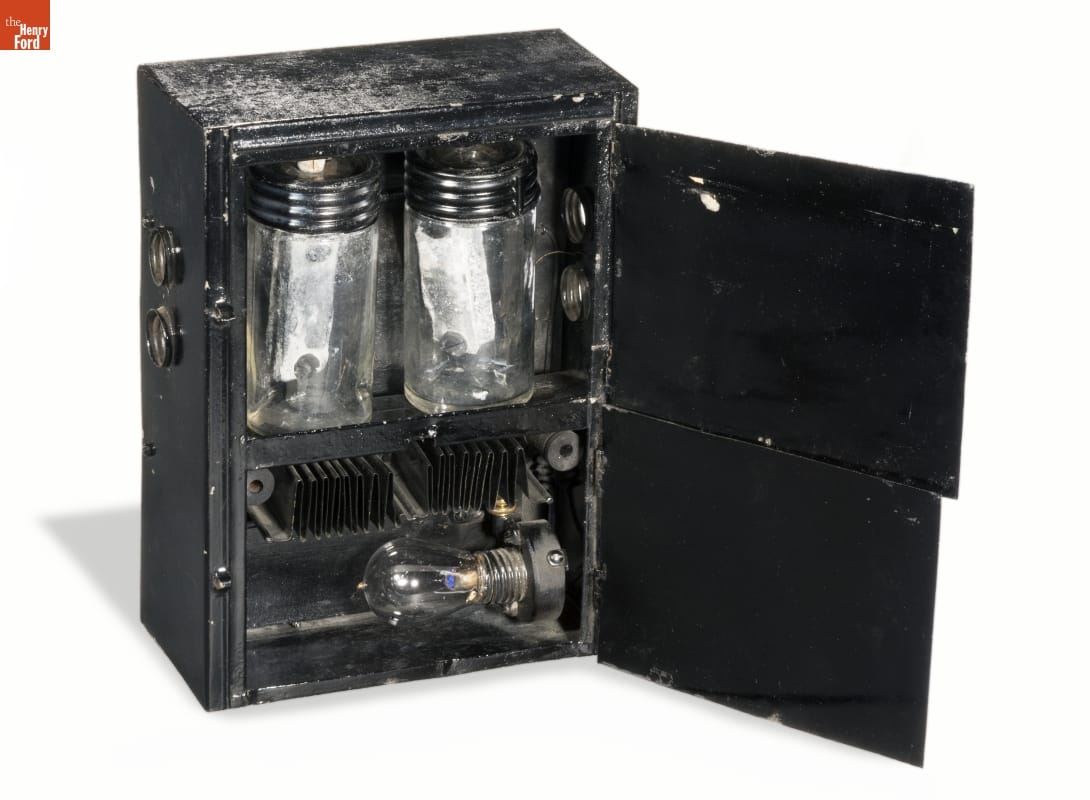 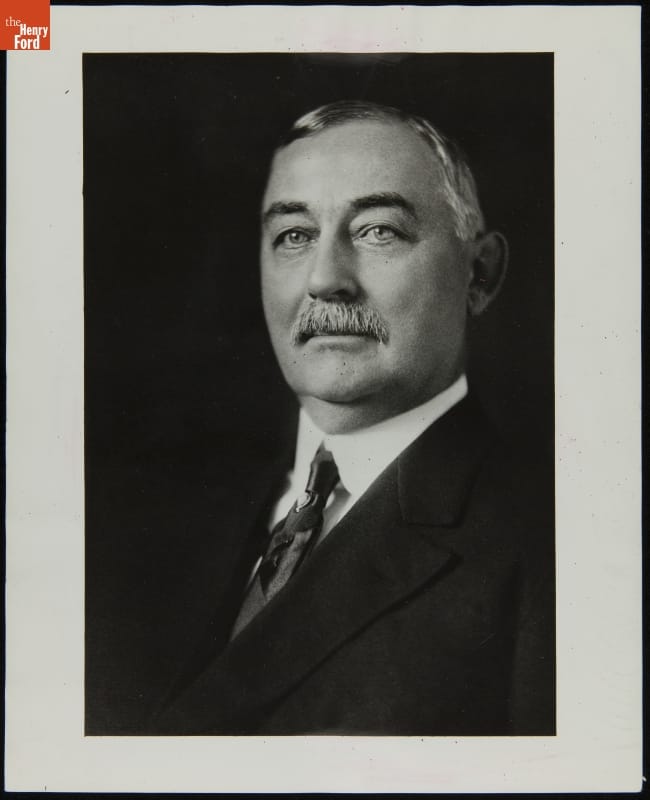 Looking Back to Move Forward 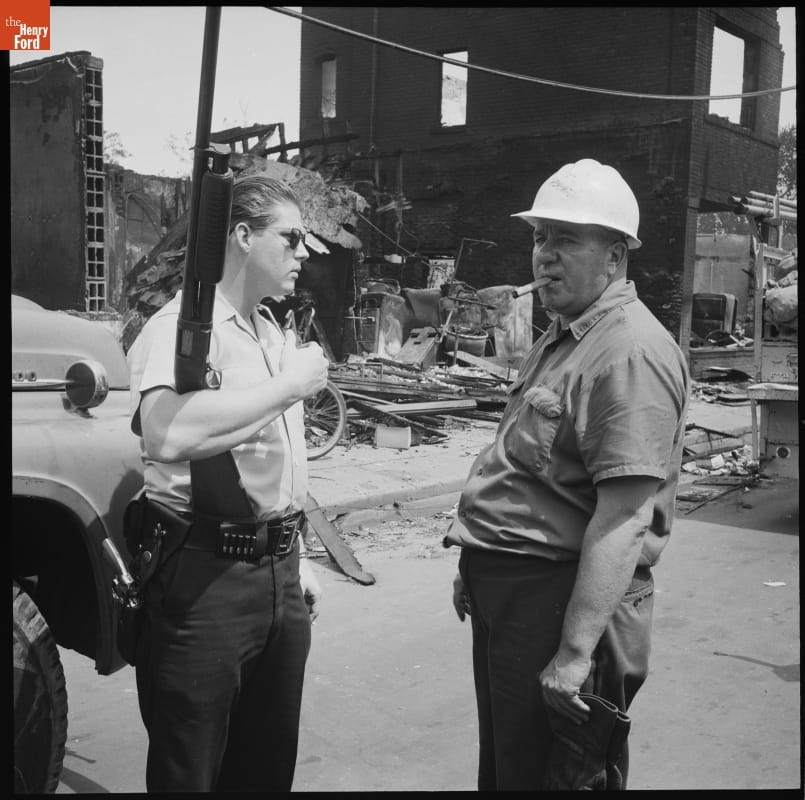 If you’ve walked through “With Liberty and Justice for All” in Henry Ford Museum, you’re familiar with the long and complicated history of social transformation, including civil rights and race relations, in America. Some artifacts, like the Rosa Parks Bus, are primary sources in this story, but we also hold collections that offer a more oblique take, such as about 100 photo negatives we’ve just digitized relating to five days of civil unrest in Detroit in July 1967.

The images come from Detroit Edison, which was charged with the very normal work of restoring electricity under very abnormal conditions. While the photos primarily document the power company’s work in the wake of the unrest, the events of the preceding days and their aftermath are omnipresent, as you can see in this image. We undertook this digitization project as part of our participation in “Detroit 67: Looking Back to Move Forward,” “a multi-year community engagement project of the Detroit Historical Society that brings together diverse voices and communities around the effects of an historic crisis to find their place in the present and inspire the future.”

During 2017, we shared more collections-based stories related to the complex roots of, and reactions to, Detroit 67, in keeping with our mission to inspire people to help shape a better future. For now, visit our Digital Collections to browse all of the July 1967 Detroit Edison images.

Ellice Engdahl is Digital Collections & Content Manager at The Henry Ford. This post was last updated in July 2020. 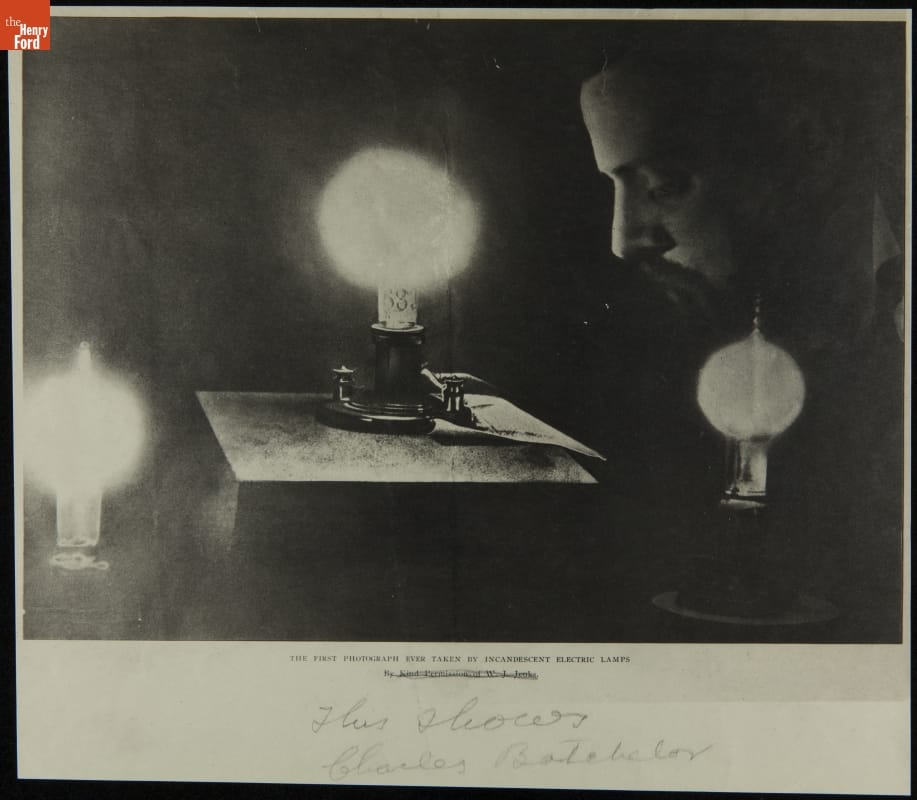