Behind the Scenes with IMLS: Looking Back & Moving Forward

As we start a new year, it’s a good time to look back on the first half of The Henry Ford’s IMLS-funded grant to work on electrical objects, and to take stock for the future.

We had a busy and productive fall 2016, with some new adventures thrown in with continuing progress on objects themselves. If you haven’t already seen them, you should check out our Facebook Live videos – we’ve done a few so far (in October, November, and December), and the plan is to continue doing them on the first Friday of each month. 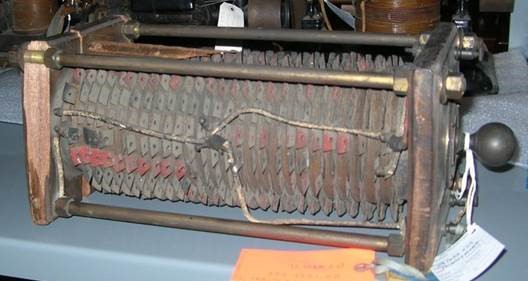 This Gaulard & Gibbs transformer had several conservation issues when we first saw it, most notably that the wooden base had broken under the strain of the weight of the object itself. You can see this in the before picture, where the object is lying on its side because it cannot stand anymore. There are also faint hints of color along the metal tabs that run up the body of the object. 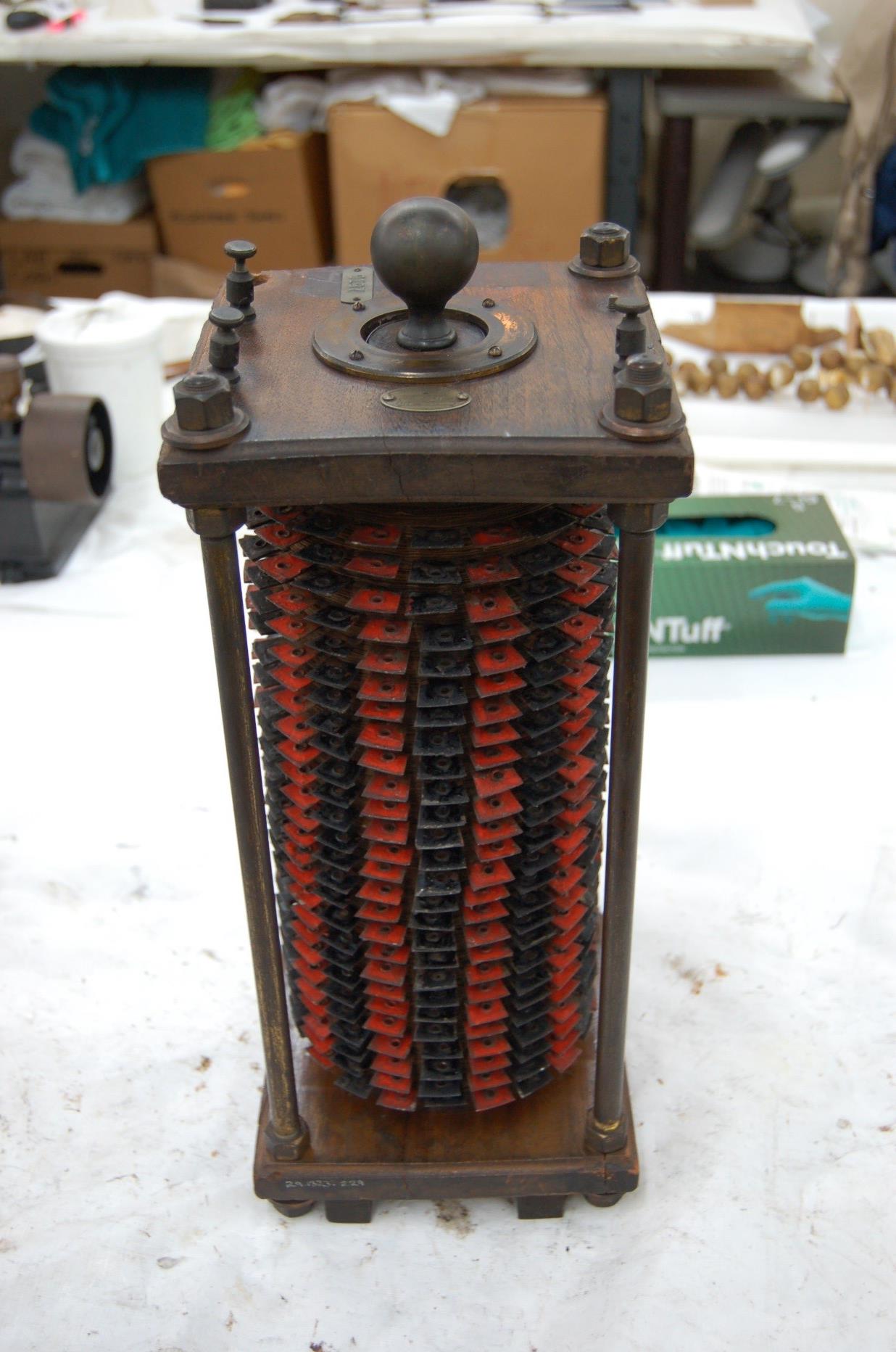 You can see that this transformer had a fantastic transformation during conservation treatment – simply removing years of built-up dust revealed a very vivid red and black coloration. The broken wooden base was also very successfully repaired, and it is now possible for the object to stand on its feet again. When it’s packed for storage, it will be lying down again, so that the weakened wooden base isn’t put under too much strain for long periods of time.

We featured this object briefly in our Facebook Live videos – you may have noticed, if you tuned into both, that you could see the ‘before’ and ‘after’ as they happened. 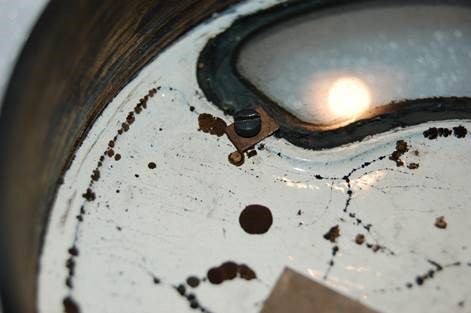 The interior of a meter, with strange accretions on white enameled metal. Note that this view is of the reverse of the top face (29.1333.63)

We’ve also encountered some interesting materials and material problems in the first half of our IMLS grant work. One of the most interesting was this strange accretion, found on the interior of a meter. Those brownish bulbs appeared to be seeping into the object from the top, but were only present on the enameled portions of the metal. They were friable and lighter on the inside than the outside. We looked at samples under the microscope, and even attempted to culture a sample, in case it’s a type of mold (it does not appear to be). We’re still not sure what exactly they are, but we will continue to try to figure it out! Mysteries of the museum, indeed. 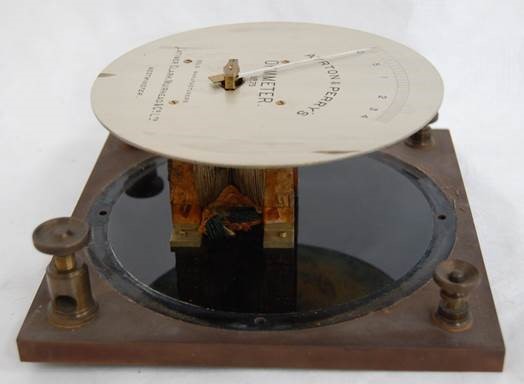 An ohmmeter with a great example of hard rubber – note that the cylindrical casing which would usually go over the black area is removed in this photo (31.1217.235)

We have also recently come across a fantastic example of perfectly preserved hard rubber. The base of the object is one solid slab of hard rubber, but the protected interior area has retained the original black, mirror-like finish. The discoloration and matte surface of hard rubber occurs primarily from light exposure over time, and the colors possible range from a light black to the red-brown color on this object. We’ve put the exterior cylindrical case back on the object, sealing it well, so that the very tight case can continue to preserve this fantastic interior. 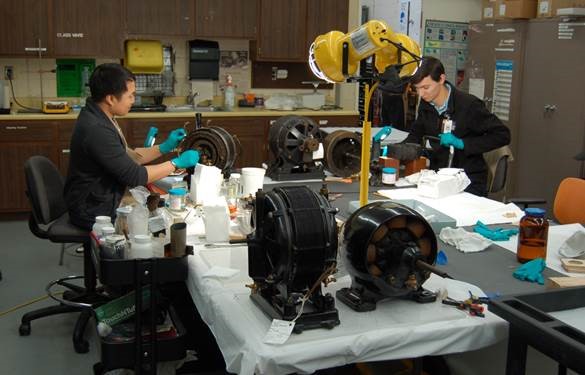 We have also been very fortunate to have Cuong and Andrew working with us for a little while. They're tackling some larger motors, which take longer to complete. Their help allows Conservation Specialist Mallory Bower and I to continue to work at the pace necessary to keep the project on target, while ensuring that as much of the collection as possible is treated. We greatly appreciate their help.

As always, this is only a small sampling of what we have been up to on the IMLS project. Please feel free to stop by our window at the back of the museum and see what we’re working on – there is always something interesting on our desks. Keep your eyes peeled for our next Facebook Live, as well. As we continue to move into 2017 and are fully into the second half of the project, we are excited to continue our work and continue keeping you updated