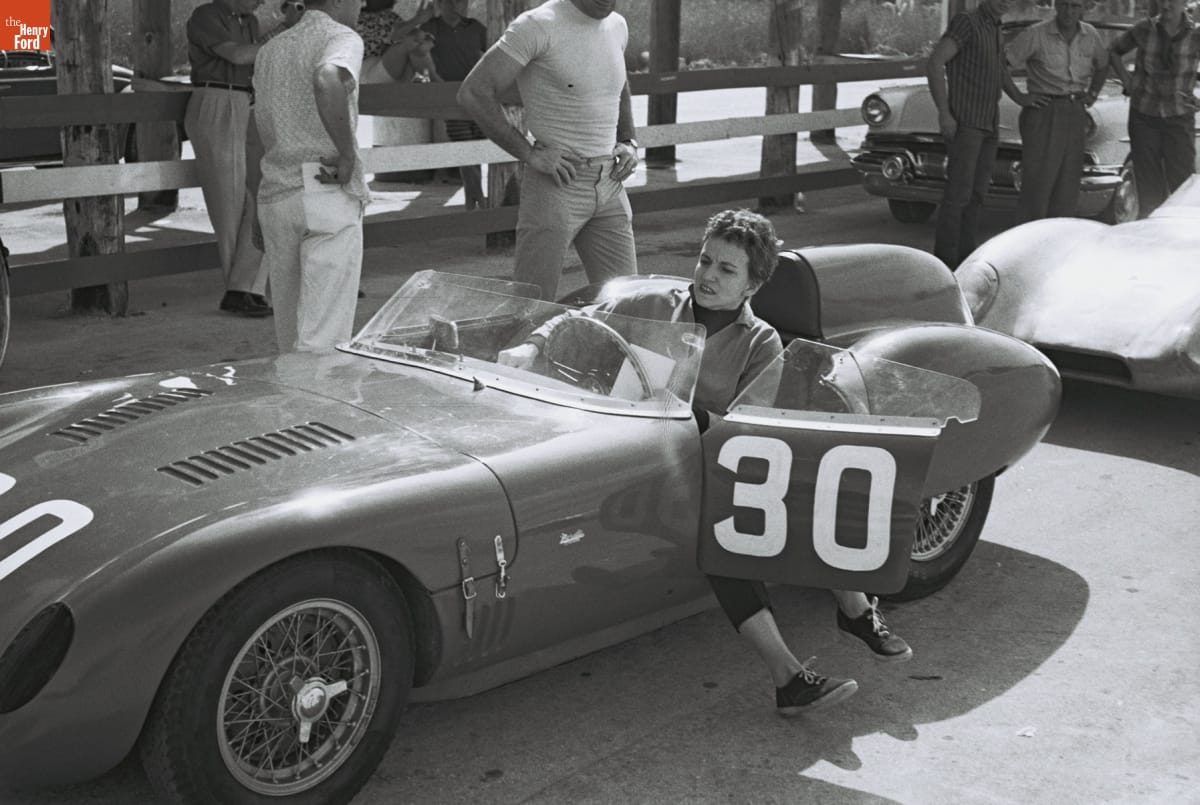 Denise McCluggage was born January 20, 1927, in El Dorado, Kansas. A journalist by trade, McCluggage was covering motor racing for the New York Herald when she developed an avocational interest in the sport. She had no formal training, but proved herself a natural talent on the track. Through the 1950s and 1960s, she raced against some of the era’s finest professional drivers. Along the way, she earned victories in sports car races at Nassau, Watkins Glen, and Sebring. 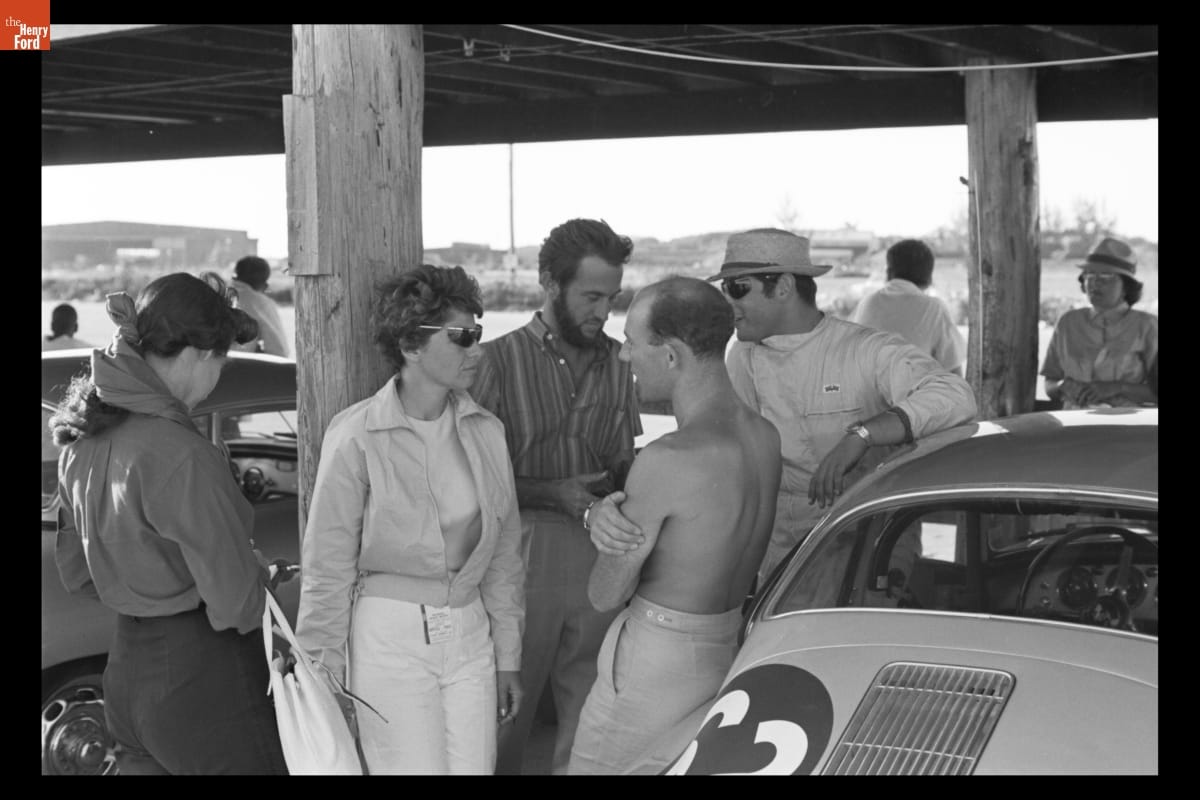 McCluggage co-founded Autoweek in 1958 and contributed pieces to the magazine through the remainder of her life. McCluggage was inducted into the Automotive Hall of Fame in 2001 and the Sports Car Club of America Hall of Fame in 2006, and died on May 6, 2015, in Santa Fe, New Mexico.