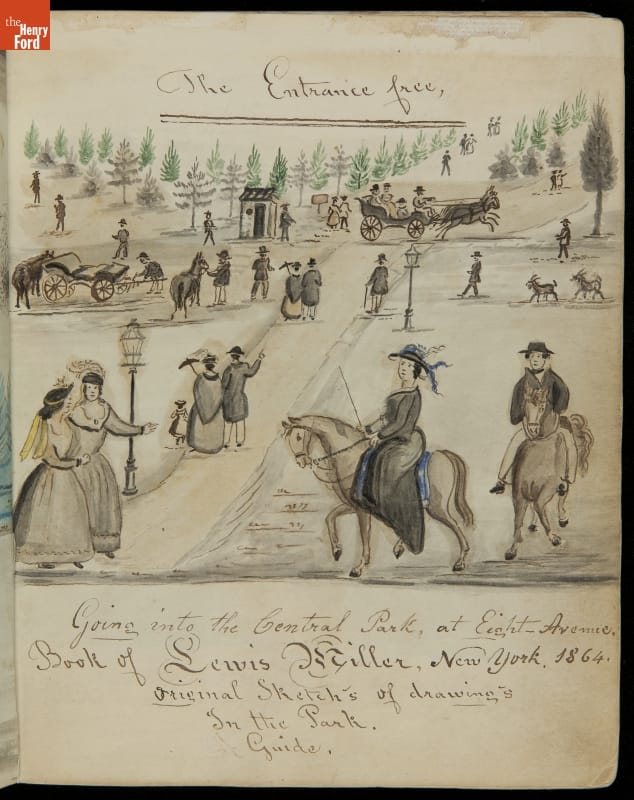 City people have always craved escape from crowds, noise, and their own busy lives, even if only for an afternoon. This is how early picnic grounds and later trolley parks and amusement parks evolved. In the mid-19th century, the recognition of this need for escape in the city led to the development of city parks.

Parks were the perfect place for a refreshing, rejuvenating, and often invigorating outing. City parks like New York’s Central Park, created in 1858, were designed to encourage the urban public to socialize and at the same time to refresh and calm their “hurrying, workaday lives” with beautiful and “reposeful” sights and sounds. Central Park had designated places where people could walk, drive horse-drawn vehicles, ride, row, skate, and engage in various other sports and recreational activities. During its first decade, a substantial majority of Central Park’s regular visitors arrived by carriage or horse to take advantage of the nine miles or so of carriage and bridle paths.

Inspired by this and other great urban parks, the public demand for formal outdoor recreation areas gained momentum during the late 19th and early 20th centuries. Other early parks with special pathways, as well as new parkways around cities, were designed for people to take out and show off their vehicles. 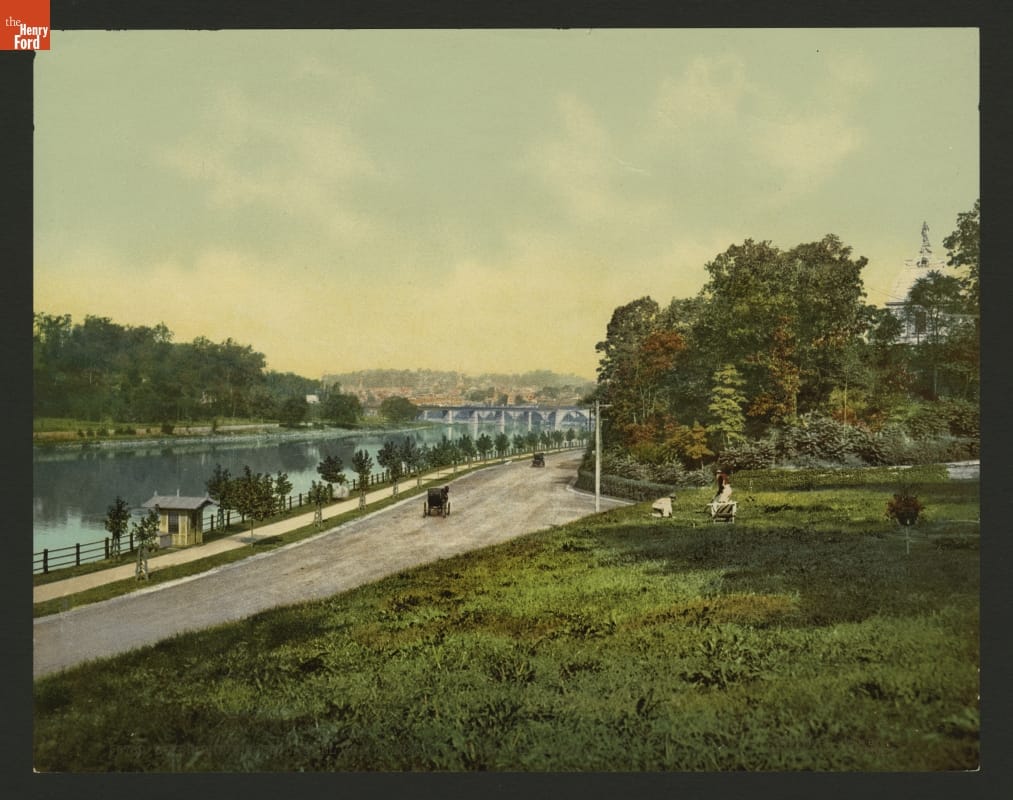 In this colorized image from 1900, a horse-drawn vehicle travels down River Drive in Fairmount Park in Philadelphia. / THF104695

In the winter, a sleigh ride could provide some of the same exhilaration and fresh air. Sleighing was not just for the upper class. Grocers and butchers would affix runners to their wagon boxes and employ their draft horses to take their families for rides. 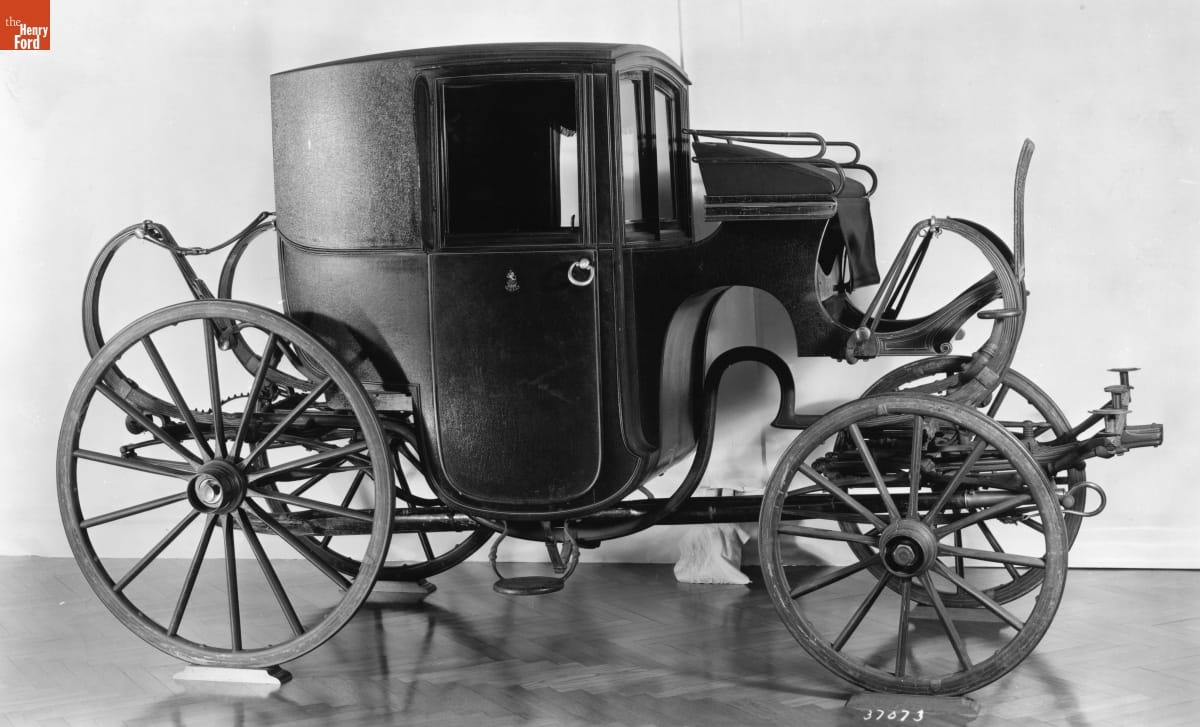 This carriage was used for outings in Central Park by Byram L. Winters, a lawyer, politician, and newspaper publisher; it was made by Brewster & Company of New York City and originally made to exhibit at the 1893 Chicago Columbian Exposition. When driven in Central Park, this brougham was likely one of several thousand stylish carriages circling the park during an afternoon’s horse-drawn “promenade.” 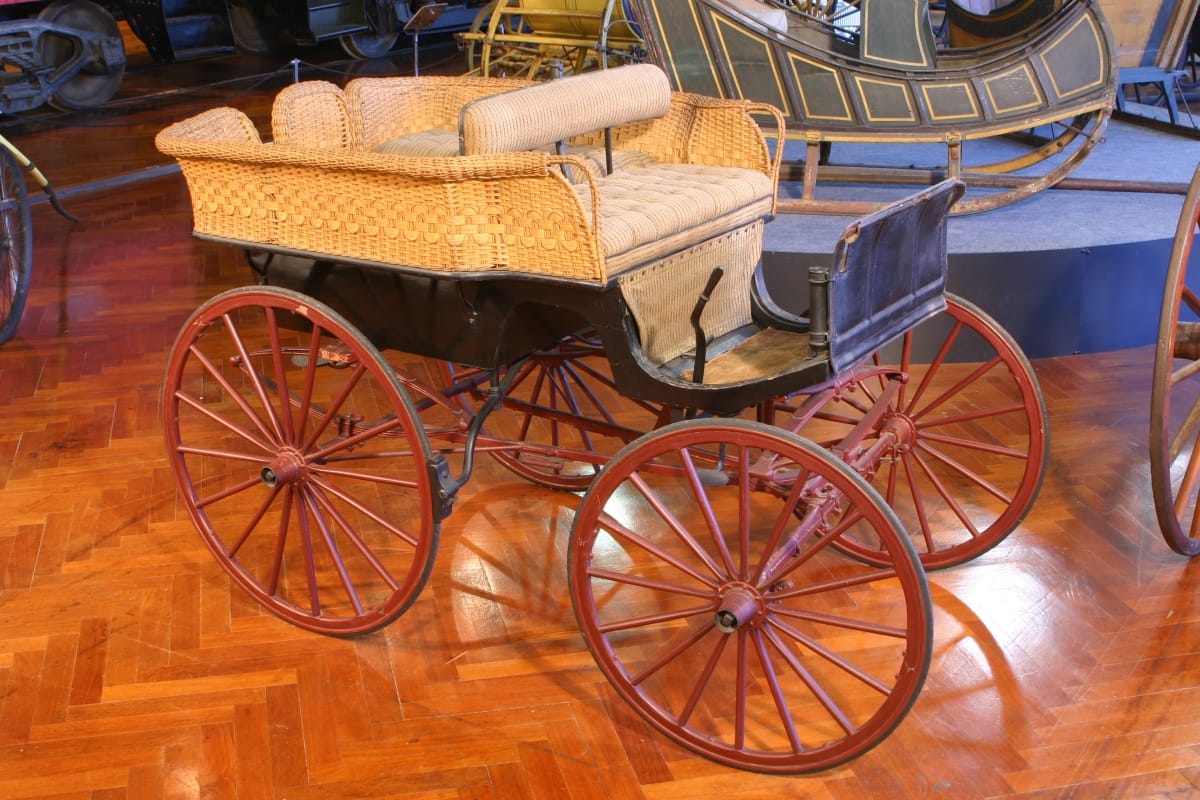 This wagonette, made by Eagle Carriage Company of Cincinnati, Ohio, and other similar vehicles were designed to be drawn by ponies, so they were well-suited for use by governesses in taking children for drives. This particular pony wagonette, which could accommodate several children, was equipped with brakes, which transferred most of the effort of stopping away from the light animal. The fitting at the back is a holder for an umbrella top. 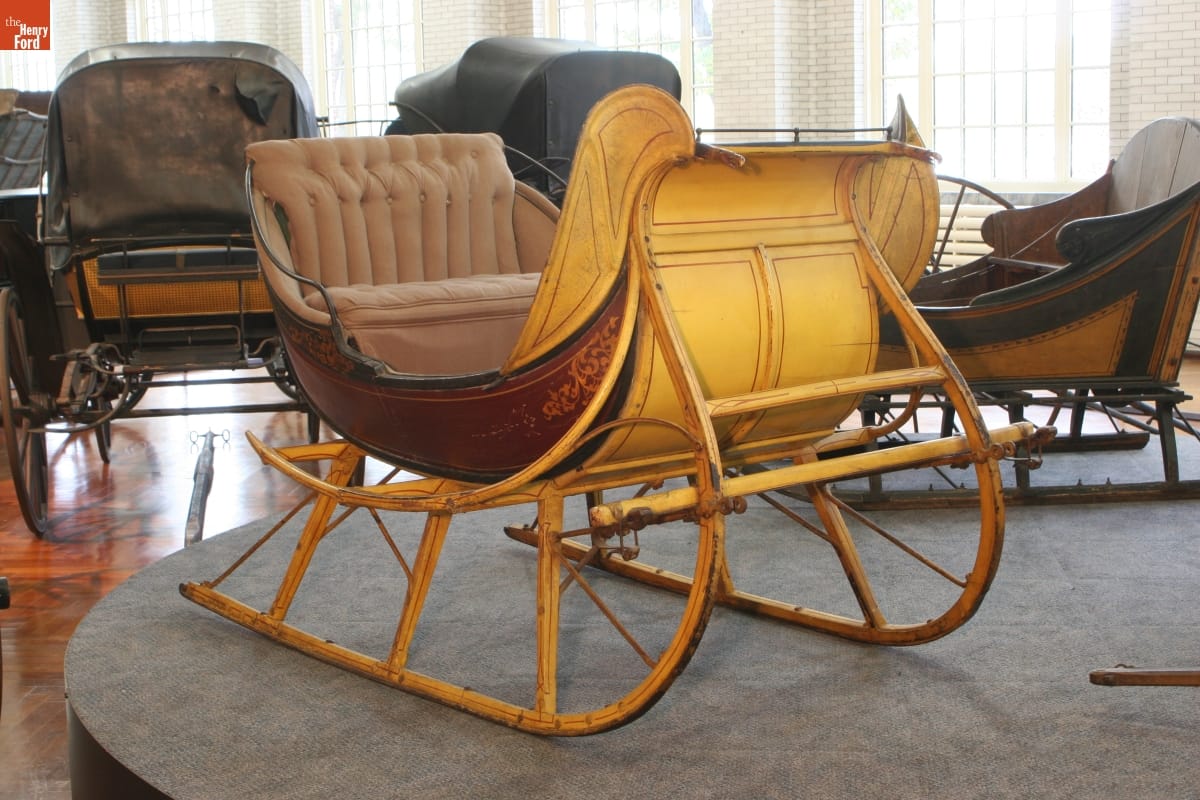 This pleasing design was developed by James Goold of Albany, New York, over a period of years between about 1813 and 1836. Its design was widely copied by other builders and retained its popularity to the end of the horse-drawn era.