Horse-Drawn Vehicles Related to P.T. Barnum and the Circus

In the latest installment of our series examining horse-drawn vehicles, we take a closer look at a couple of vehicles in the collections of The Henry Ford related to P.T. Barnum and the circus.

P.T. Barnum, Entertainer to the World 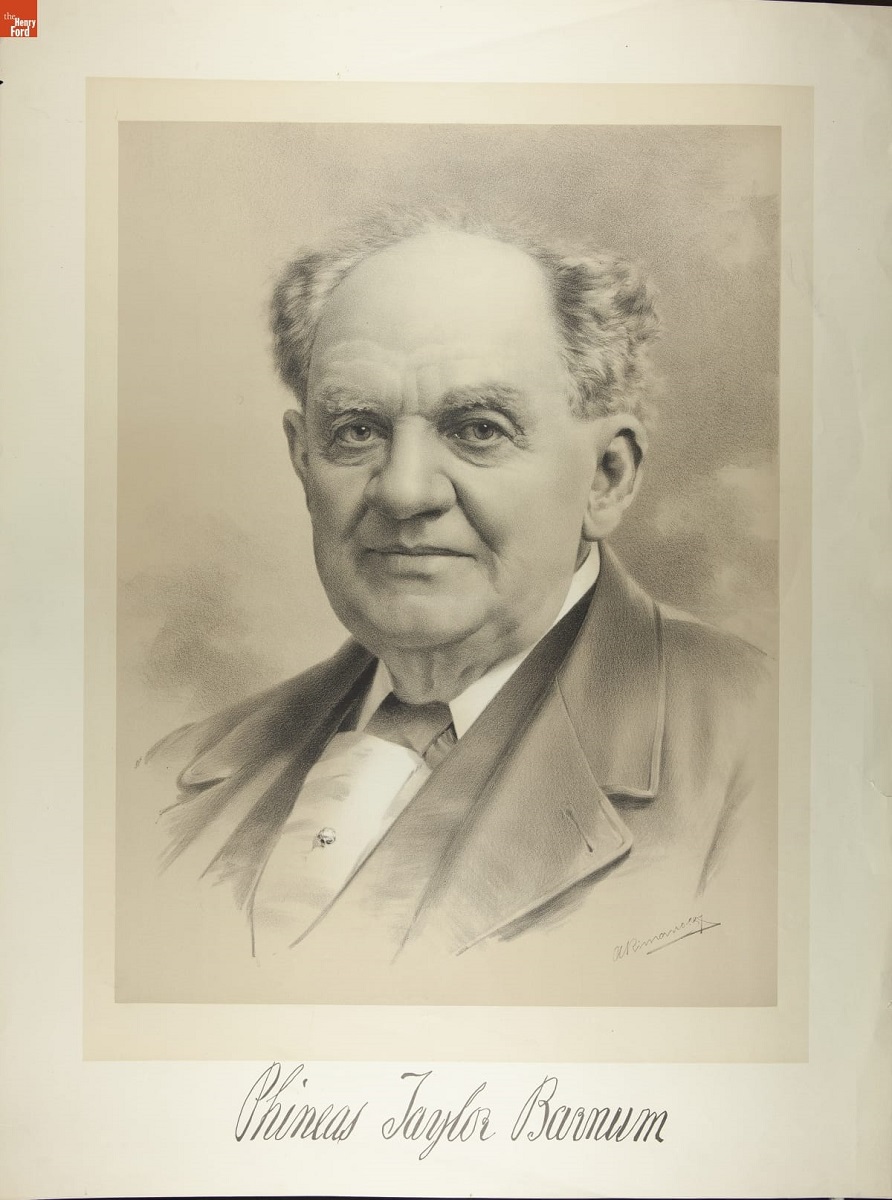 During the early and mid-19th century, education was considered a primary responsibility of all citizens. The urge for self-improvement manifested itself in libraries, public lectures, and the creation of public museums.

P.T. Barnum emerged as the key figure in developing, promoting, and popularizing museums. He recognized the potential market in the restless urban masses, sensing what they wanted (or could be made to want), and gave it to them. In 1841, he purchased the American Museum in New York and transformed what had been considered an unimpressive collection of historical and scientific curiosities into an entertaining diversion that was patronized by viewers of all classes and ages. 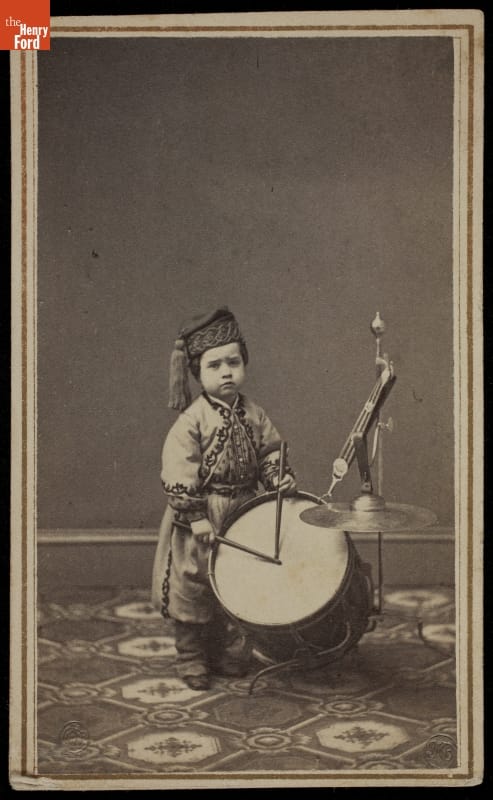 At a time when the theater was still widely regarded as somewhat disreputable, Barnum marketed his Grand Colossal Museum and Menagerie as highly educational and strictly moral. In its 3,000-seat “lecture room,” dramatic performances and variety acts were staged under the guise of “chaste scenic entertainments.” By 1850, Barnum claimed to have amassed more than 600,000 curiosities in his museum, including living serpents, waxwork figures, models of new machines and of Niagara Falls, and fortune tellers. His offerings were infinitely varied and always changing. They were “democratic,” geared to everyone at a time when this idea was highly esteemed.

Barnum also sent major exhibitions out on the road, and he promoted such personalities as General Tom Thumb and singer Jenny Lind to the status of national (and even international) celebrities. 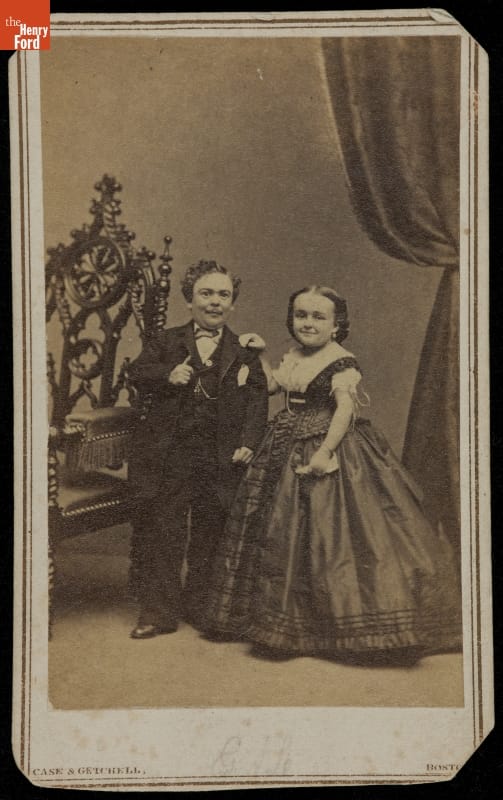 General Tom Thumb, a little person, was born Charles Sherwood Stratton in Bridgeport, Connecticut. He was taken under Barnum’s wing at the age of four, and Barnum renamed him. He learned to sing, dance, and do impersonations. When fully grown, he was slightly more than three feet tall. General Tom Thumb appeared at Barnum’s American Museum and toured through part of the United States and then Europe, creating a sensation wherever he went. In 1863, Stratton married another little person employed by Barnum, Lavinia Warren, at a much-publicized wedding in New York City. 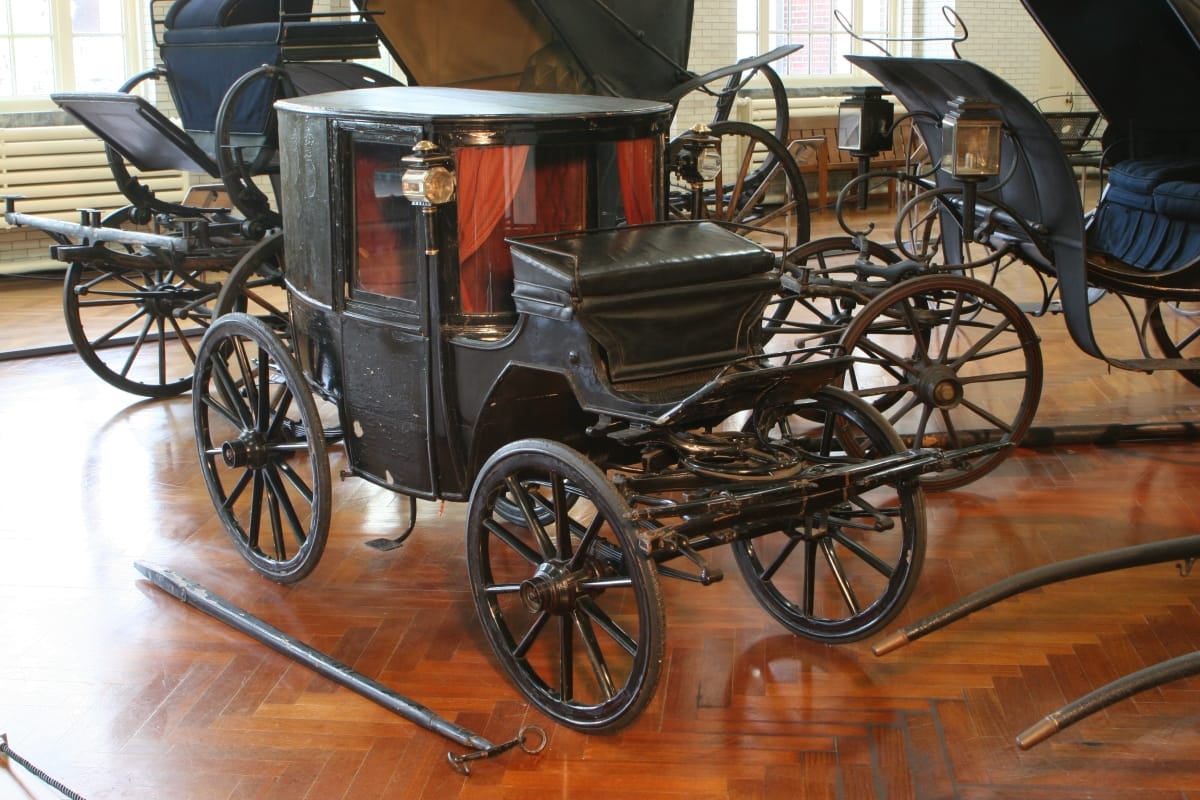 This carriage was made in England; it was said that Queen Victoria presented it to General Tom Thumb and his wife when they were visiting Aberdeen, Scotland. It was drawn by small ponies and was one of at least six miniature horse-drawn vehicles used by Tom Thumb during his lifetime. It was used in Barnum & Bailey circus parades until Thumb’s death in 1883. 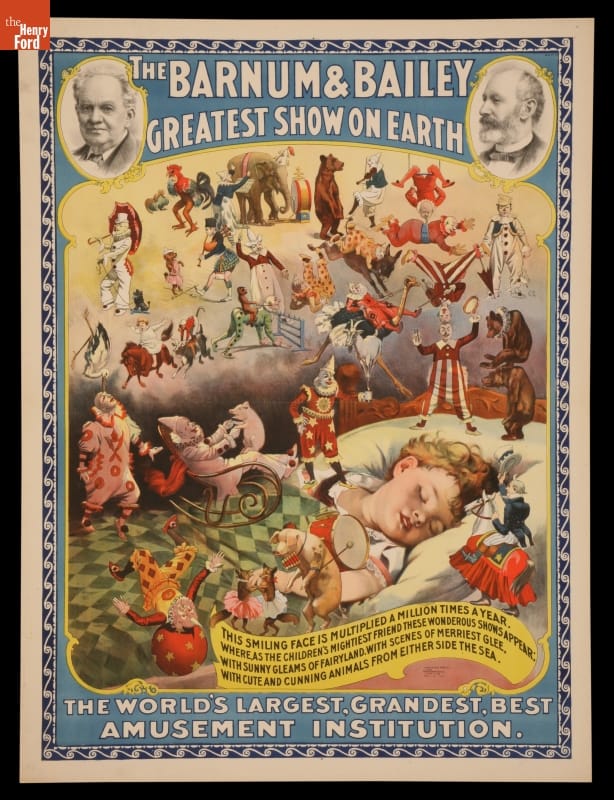 The formal circus, which evolved into a distinct entertainment form in the mid-19th century, combined three different types of traveling performances: staged equestrian shows, animal displays, and acrobatic performances. When the three finally merged, the more prominent troupes set up large tents that provided seating for their audiences and used specially constructed wagons for transportation and parades. Circuses would continue to grow in number and scope during succeeding decades. P.T. Barnum entered the circus business around 1870. 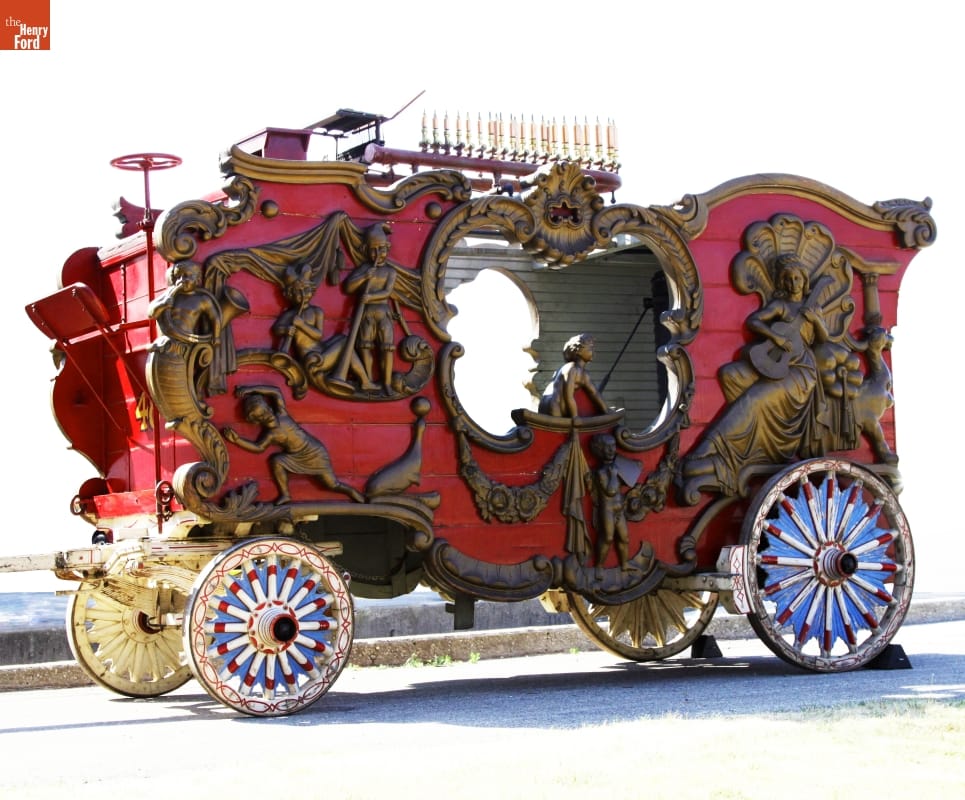 This calliope was made by Bode Wagon Works of Cincinnati, Ohio, for Mugivan and Bowers’s American Circus of Peru, Indiana. The “steam organ” or calliope, which made its first appearance in American circuses in the 1850s, attracted tremendous crowds to circus parades with its colorful appearance and resounding musical productions. The keyboard and whistles at the top of this calliope were originally inside the vehicle.