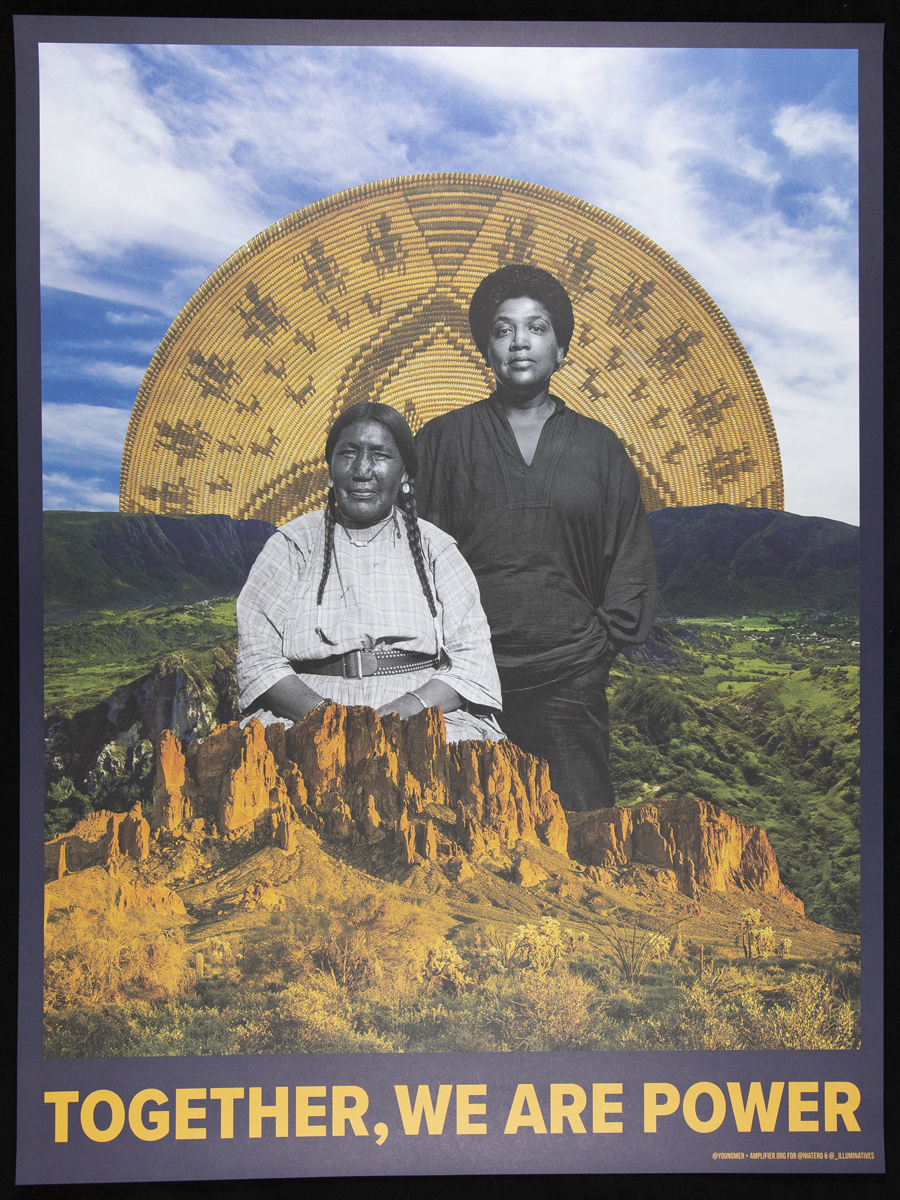 In honor of Indigenous Peoples’ Day, The Henry Ford would like to share our recent acquisition of two posters. Designed by artist Mer Young for the Amplifier Foundation in partnership with Nia Tero and IllumiNative, these graphics were created in support of a land stewardship campaign and timed to drive participation of the Native American vote during the 2020 presidential election.

Mer Young (Hidalgo Otomi and Mescalero-Chiricahau Apache) is an artist focusing on narratives that “inspire, celebrate and elevate repressed indigenous, first nations and native cultures and women of color” as well as issues related to immigration rights, equality, and the Black Lives Matter movement. These posters use digital collage techniques and were designed to be activated with augmented reality. 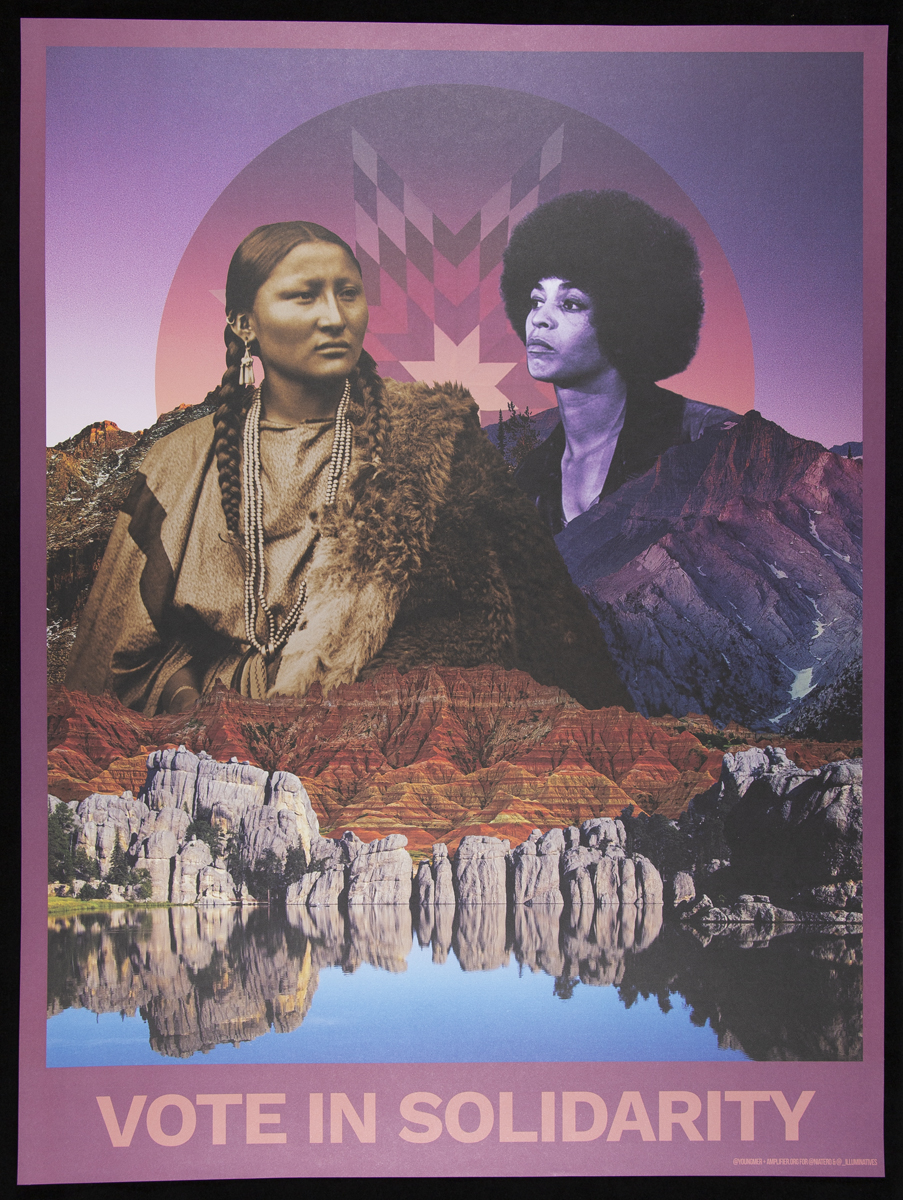 In 1992, Indigenous Peoples’ Day was officially adopted in Berkeley, California, as an alternative to Columbus Day. Cities across the country have since adopted the holiday, including several in Michigan. This counter-celebration addresses the controversy over the “discovery” of the Americas by Christopher Columbus—and the suffering of First Peoples under the violence of European colonization and settlement that followed. Indigenous Peoples’ Day is a way to express solidarity and acknowledge this history while celebrating Native American history, culture, and communities.

For culturally sensitive activities and resources for Indigenous Peoples’ Day, check out “Unlearning Columbus Day Myths” from the Smithsonian National Museum of the American Indian.


Kristen Gallerneaux (Métis-Wendat) is Curator of Communications & Information Technology at The Henry Ford.