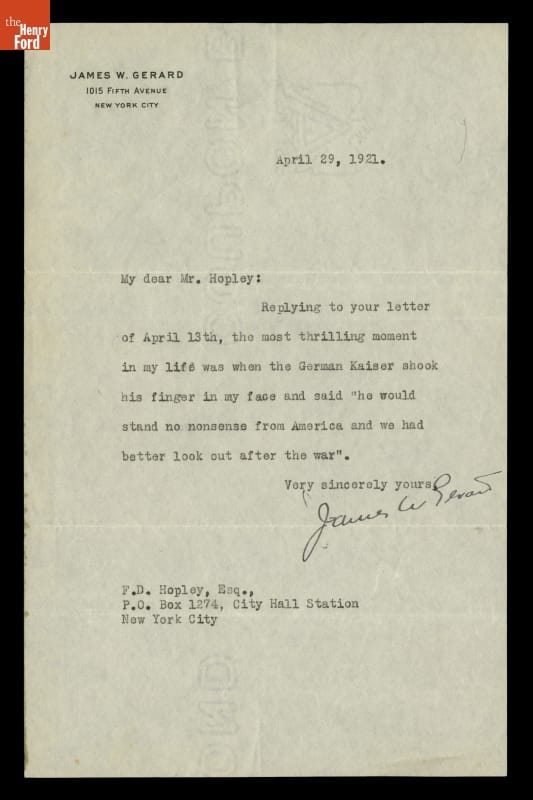 Because our collections are so vast and predate the computer age, we are always stumbling across interesting artifacts we weren’t expecting to find.  We recently rediscovered a set of eight letters sent to writer Frank Dorrance Hopley from various notable personalities in 1921. Hopley hoped to write an article on the “most thrilling moment” in these men’s lives, and had asked them to share those stories. In the letter shown here, James W. Gerard, Ambassador to Germany during World War I, related that his moment was when “the German Kaiser shook his finger in my face”—a thrilling moment indeed. Unfortunately, many of the rest of the letters we located provide less thrilling—but perhaps more amusing—responses: former president William Taft noted his life had not been thrilling and he therefore could not single out any one moment, and Robert Lansing, Secretary of State during World War I, suggested his most thrilling moments were personal ones he did not care to reveal. Not surprisingly, we couldn’t turn up any evidence that Hopley’s article was ever completed. Visit our Digital Collections to read all the letters, including a momentous answer from Thomas Edison.