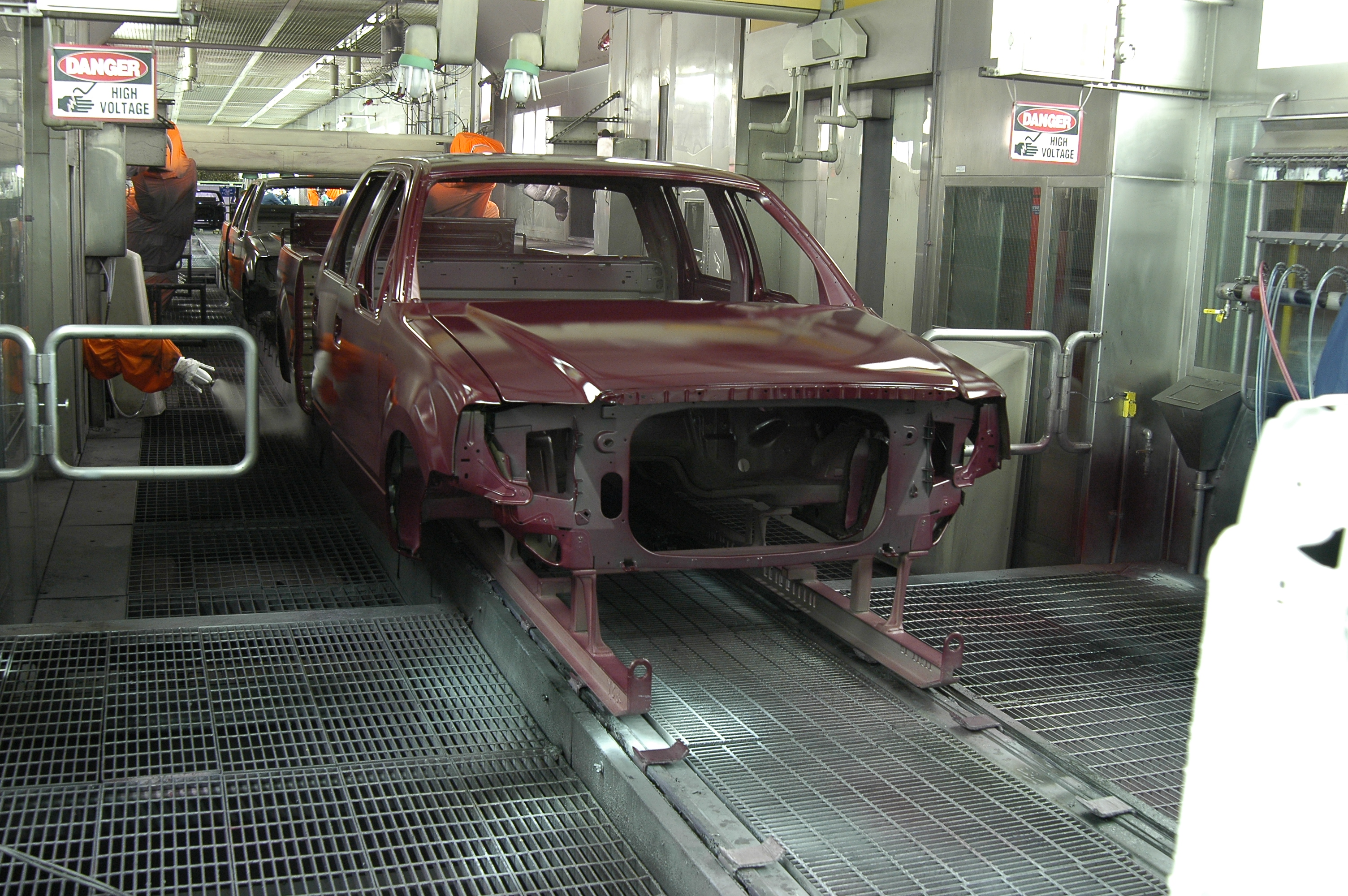 Take the Ford Rouge Factory Tour, and a number of sustainable, environmentally conscious manufacturing practices and processes jump out at you right away. You’ll see the Dearborn Truck Plant’s massive living roof and purposeful use of natural light. You can even walk the surrounding outdoor sanctuary where birds nest, flowers bloom and honeybees flourish.

“What really impresses me is Ford’s continued commitment to tackle big issues and figure out new processes and ways of doing things that not only make it better for the product but also address air and water issues,” said Cynthia Jones, general manager of the Ford Rouge Factory Tour. “Ford is pushing the paint industry to make paints better, and it is also pushing to make its own processes better.”

Solvents in the paint used to coat vehicles wind up in the exhaust system, and what’s left is “nasty stuff,” according to David Crompton, a senior environmental engineer at Ford Motor Company. “A lot of countries will not permit the discharge of it into the atmosphere,” he added, “so our early work focused on developing ways of abating those solvents.”

The Fumes to Fuel process, which has been refined over several years, pushes solventladen exhaust air through a carbon bed. The carbon removes the solvents from the exhaust, leaving behind clean exhaust that can be safely discharged into the atmosphere. The carbon is then swept with nitrogen, heating it up and removing the solvents. The carbon returns to the absorption stage, and the solvent-laden nitrogen is condensed into a liquid form.

The entire process ends up being more environmentally friendly than producing waterbased coatings, because less energy is required and the potentially harmful solvents are abated.

Another added benefit, the solvent-born coatings give Ford vehicles a best-in-class finish in terms of durability and chip and scratch resistance.

Did You Know?
The Ford Rouge Factory Tour’s Manufacturing Innovation Theater received a 2016 Thea Award for outstanding achievement for a brand experience. The Thea awards program honors creative excellence in theme parks, museums and other attractions, and is considered one of the attraction industry’s greatest honors.

This story originally ran in the June-December 2016 edition of The Henry Ford Magazine.