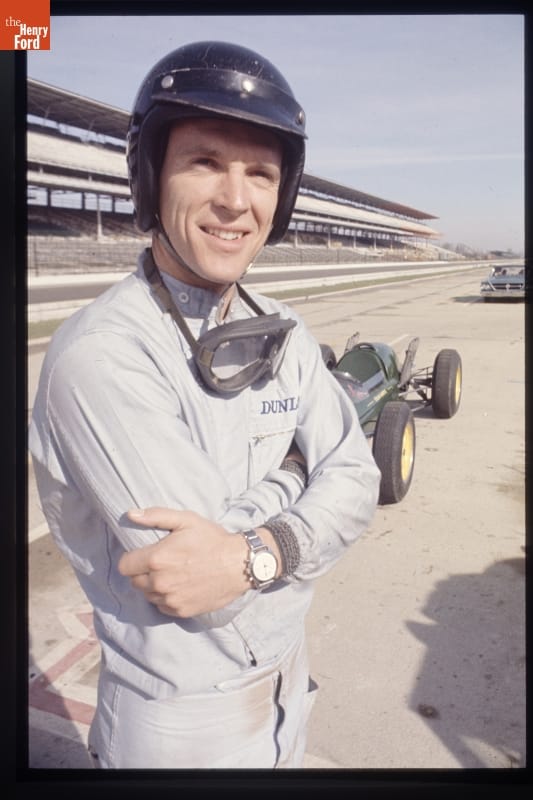 The Henry Ford is deeply saddened by the loss of a man who was both an inspiration and a friend to our organization for many years, Dan Gurney.

Mr. Gurney’s story began on Long Island, New York, where he was born on April 13, 1931. His father, John Gurney, was a singer with the Metropolitan Opera, while his grandfather, Frederic Gurney, designed and manufactured a series of innovative ball bearings.

The Gurneys moved west to Riverside, California, shortly after Dan graduated high school. For the car-obsessed teenager, Southern California was a paradise on Earth. He was soon building hot rods and racing on the amateur circuit before spending two years with the Army during the Korean War.

Following his service, Gurney started racing professionally. He finished second in the Riverside Grand Prix and made his first appearance at Le Mans in 1958, and earned a spot on Ferrari’s Formula One team the following year. Through the 1960s, Gurney developed a reputation as America’s most versatile driver, earning victories in Grand Prix, Indy Car, NASCAR and Sports Car events.

His efforts with Ford Motor Company became the stuff of legend. It was Dan Gurney who, in 1962, brought British race car builder Colin Chapman to Ford’s racing program. Gurney saw first-hand the success enjoyed by Chapman’s lithe, rear-engine cars in Formula One, and he was certain they could revolutionize the Indianapolis 500 – still dominated by heavy, front-engine roadsters. Jim Clark proved Gurney’s vision in 1965, winning Indy with a Lotus chassis powered by a rear-mounted Ford V-8. Clark’s victory reshaped the face of America’s most celebrated motor race.

Simultaneous with Ford’s efforts at Indianapolis, the Blue Oval was locked in its epic battle with Ferrari at the 24 Hours of Le Mans. Again, Dan Gurney was on the front lines. While his 1966 race, with Jerry Grant in a Ford GT40 Mark II, ended early with a failed radiator, the next year brought one of Gurney’s greatest victories. He and A.J. Foyt, co-piloting a Ford Mark IV, finished more than 30 miles ahead of the second-place Ferrari. It was the first (and, to date, only) all-American victory at the French endurance race – American drivers in an American car fielded by an American team. Gurney was so caught up in the excitement that he shook his celebratory champagne and sprayed it all over the crowd – the start of a victory tradition.

Just days after the 1967 Le Mans, Gurney earned yet another of his greatest victories when he won the Belgian Grand Prix in an Eagle car built by his own All American Racers. It was another singular achievement. To date, Gurney remains the only American driver to win a Formula One Grand Prix in a car of his own construction.

Dan Gurney retired from competitive driving in 1970, but remained active as a constructor and a team owner. His signature engineering achievement, the Gurney Flap, came in 1971. The small tab, added to the trailing edge of a spoiler or wing, increases downforce – and traction – on a car. Gurney flaps are found today not only on racing cars, but on helicopters and airplanes, too. In 1980, Gurney’s All American Racers built the first rolling-road wind tunnel in the United States. He introduced his low-slung Alligator motorcycle in 2002 and, ten years after that, the radical DeltaWing car, which boasted half the weight and half the drag of a conventional race car. Never one to settle down, Gurney and his team most recently were at work on a moment-canceling two-cylinder engine that promised smoother, more reliable operation than conventional power plants. 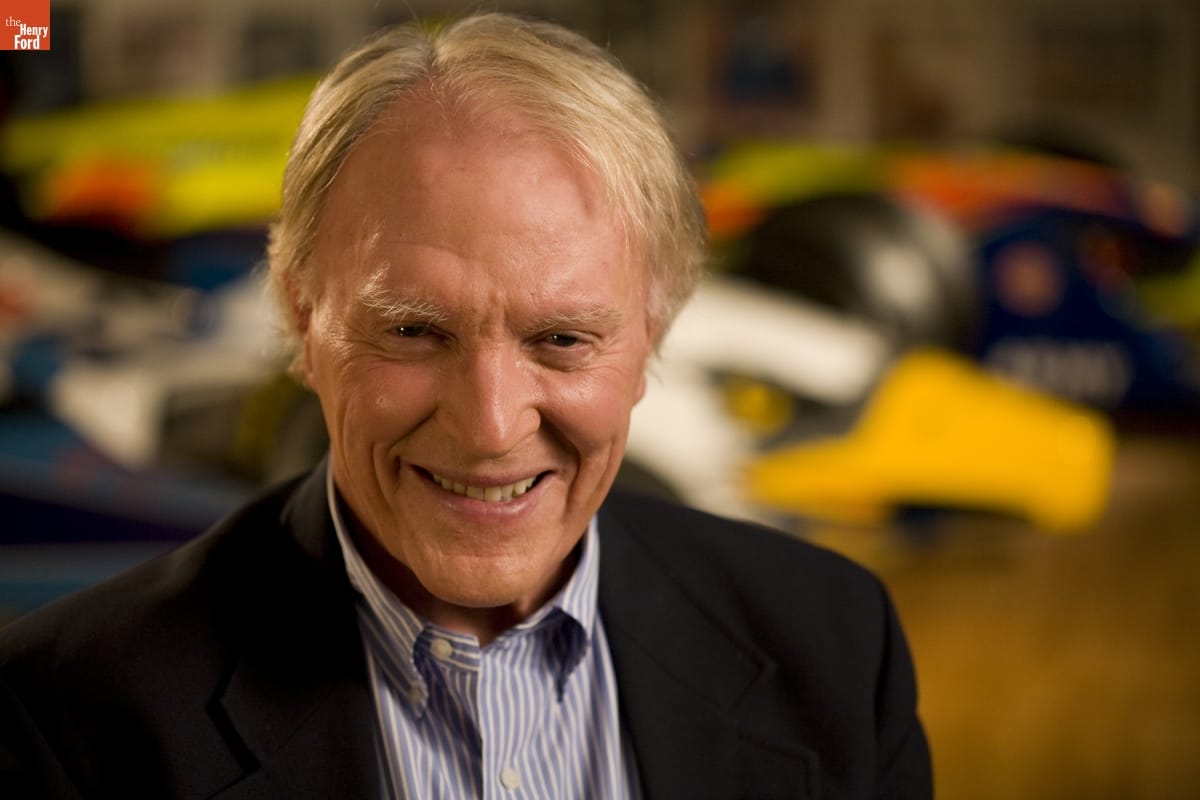 Our admiration for Mr. Gurney at The Henry Ford is deep and longstanding. In 2014, he became only the second winner of our Edison-Ford Medal for Innovation. It was a fitting honor for a man who brought so much to motorsport, and who remains so indelibly tied to The Henry Ford’s automotive collection. Cars like the Ford Mark IV, the Mustang I, the Lotus-Ford, and even the 1968 Mercury Cougar XR7-G (which he endorsed for Ford, hence the “G” in the model name), all have direct links to Mr. Gurney.

We are so very grateful for the rich and enduring legacy Dan Gurney leaves behind. His spirit, determination and accomplishments will continue to inspire for generations to come.

Hear Mr. Gurney describe his career and accomplishments in his own words at our “Visionaries on Innovation” page here.

View the film made to honor Mr. Gurney at his Edison-Ford Medal ceremony below.