Round and Round: The Herschell-Spillman Carousel 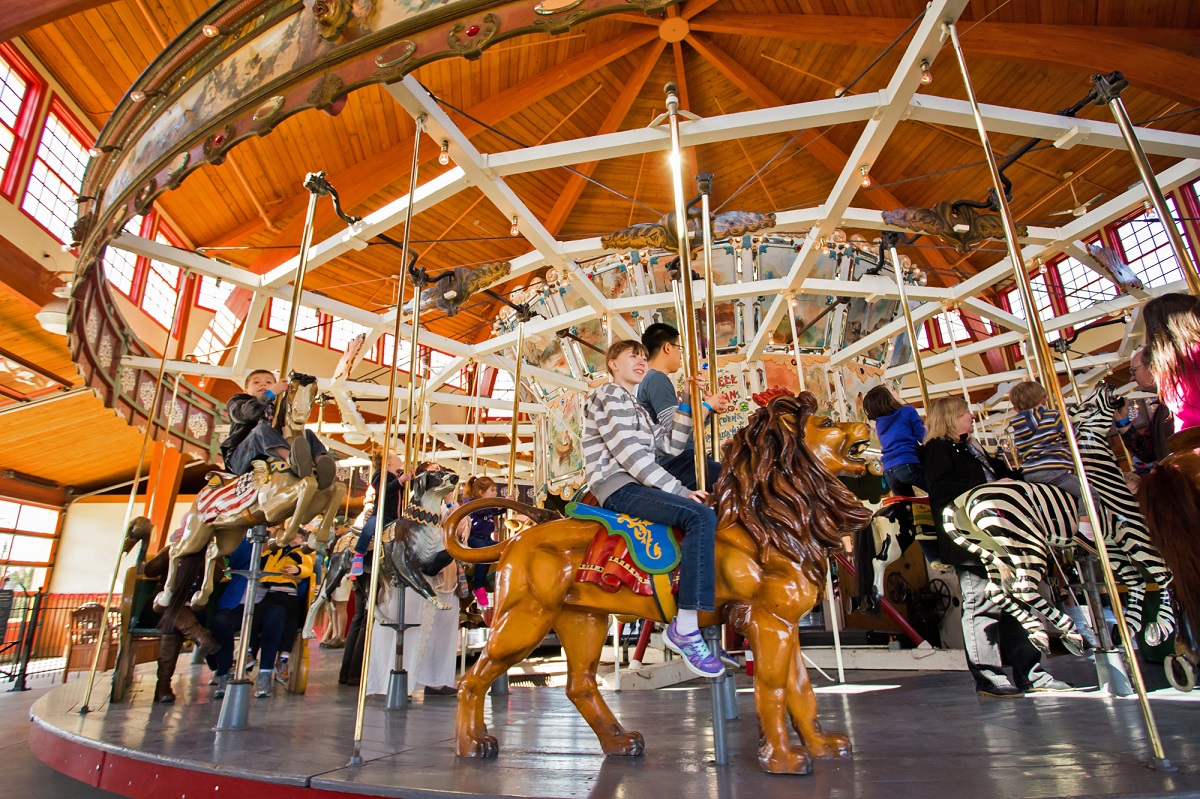 Say the word “carousel” and most people conjure up images of ornate horses on poles, happy children upon them screaming with glee as they go up and down, round and round.

Visit the Herschell-Spillman Carousel in Greenfield Village and the scene is similar. It’s a centerpoint of fascination, fun and play for thousands of guests each year. A place to decompress from the more serious points of history shared in the village and just let go.

“The carousel gets to the multifaceted nature of the Greenfield Village experience,” said Marc Greuther, Vice President, Historical Resources and Chief Curator at The Henry Ford. “That it’s not always about innovation, ingenuity, and resourcefulness. Sometimes it’s simply about having fun. If you think about it, there’s some ingenuity, resourcefulness, and innovation in that.”


Learn more about carousels and get a close look at the Herschell-Spillman in this clip from The Henry Ford’s Innovation Nation. / YouTube

The carousel dates back to 1913 with a backstory that is somewhat uncertain, which is a bit odd, according to Greuther. “It’s kind of interesting to think something this large having sort of shadowy beginnings,” he said.

It is known that the carousel was originally installed in San Francisco and somehow made its way to a park east of Spokane, Washington, along the way, where it operated until the 1950s. After years in storage, The Henry Ford acquired and installed it in Greenfield Village in the early 1970s, where it has entertained visitors ever since.

A menagerie carousel, it’s the eclectic collection of hand-finished wooden animals that makes the Herschell-Spillman so memorable for so many. Whether it’s one of the multitude of decorated horses, the rare hoptoad—referred to by some as the frog—the dapper rooster, the majestic lion or the ferocious-looking pig with a stolen corncob in its mouth, most repeat visitors have their favorites. Some animals are “jumpers,” while others are stationary. There are even two chariots and a lover’s tub for those who simply want to sit in a more traditional manner to enjoy the ride.


Take a peek behind the scenes at how we carefully repaint the carousel animals to keep the Herschell-Spillman historically authentic but looking brand-new. / YouTube

“Being on the outside gives you the best sensation of speed,” said Greuther, who has an affinity for the carousel’s mythical sea dragon. “I kind of like rooting for the underdog,” he added. “The sea dragon has an awful lot of character—a sort of mythological beast holding its own amidst a whole bunch of real animals.”

As Greuther concludes, a ride on the Herschell-Spillman Carousel may not necessarily be profound, and there’s nothing wrong with that. “It’s an environment where the normal rules don’t apply. Where you’re riding around in circles, there’s lots of speed and lots of noise. It’s fun after all: a big exercise in sparkle, pizzazz.”

Check out Expert Sets from our curators to get a closer look at the Herschell-Spillman and some of its animals, or to learn more about carousels in general.