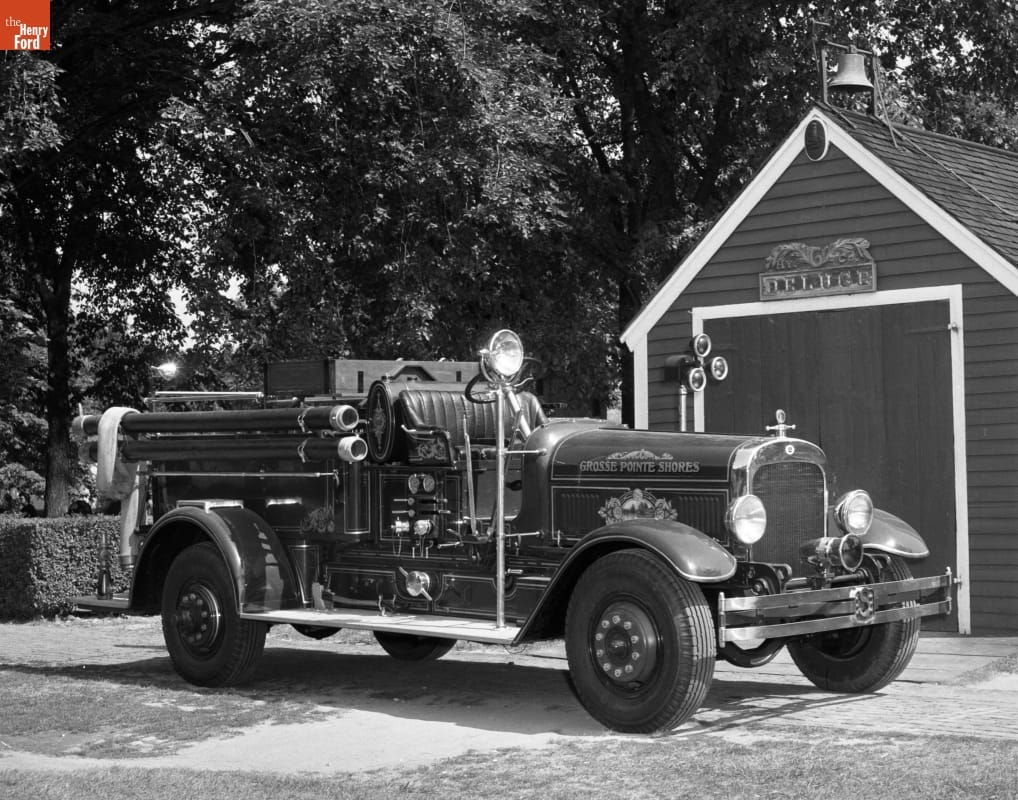 One of the most respected names in the fire apparatus manufacturing business is Seagrave. The company was founded in Detroit in 1881 by Frederic S. Seagrave, who got his start making ladders for northern Michigan fruit orchards and soon was making fire ladders and hand-drawn ladder trucks. By 1886 he was producing hook-and-ladder trucks.

The firm moved to Columbus, Ohio, in 1891 as Seagrave and Company. By 1902, it was building the highly successful Seagrave Spring Hoist Aerial Ladder and by 1907, the company was offering motor-driven fire apparatus powered by air-cooled engines of its own design.

The Seagrave fire truck in The Henry Ford’s collection (pictured at the top of this post) was purchased by the city of Grosse Pointe Shores, Michigan, in 1924. The truck is powered by a 6-cylinder, water-cooled Seagrave engine rated at 150 horsepower. Its dual ignition system duplicated key engine components, to ensure that the truck kept pumping water at 750 gallons per minute. In 1938, it was returned to the factory in Columbus for a complete overhaul and updating, including new fenders, wheels, and lights. The engine then faithfully served the Grosse Pointe Shores community for another 25 years. The gold-leaf decorations and the paintings on the hood side panels testify to the pride firefighters took in their truck.

Seagrave was acquired by FWD in 1963 and still operates as FWD Seagrave out of Clintonville, Wisconsin.